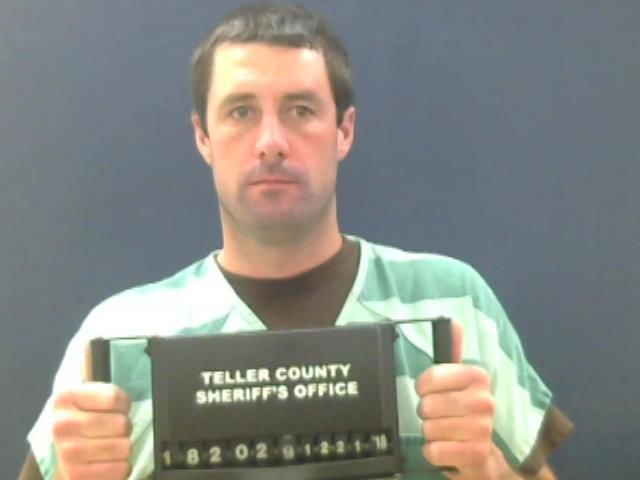 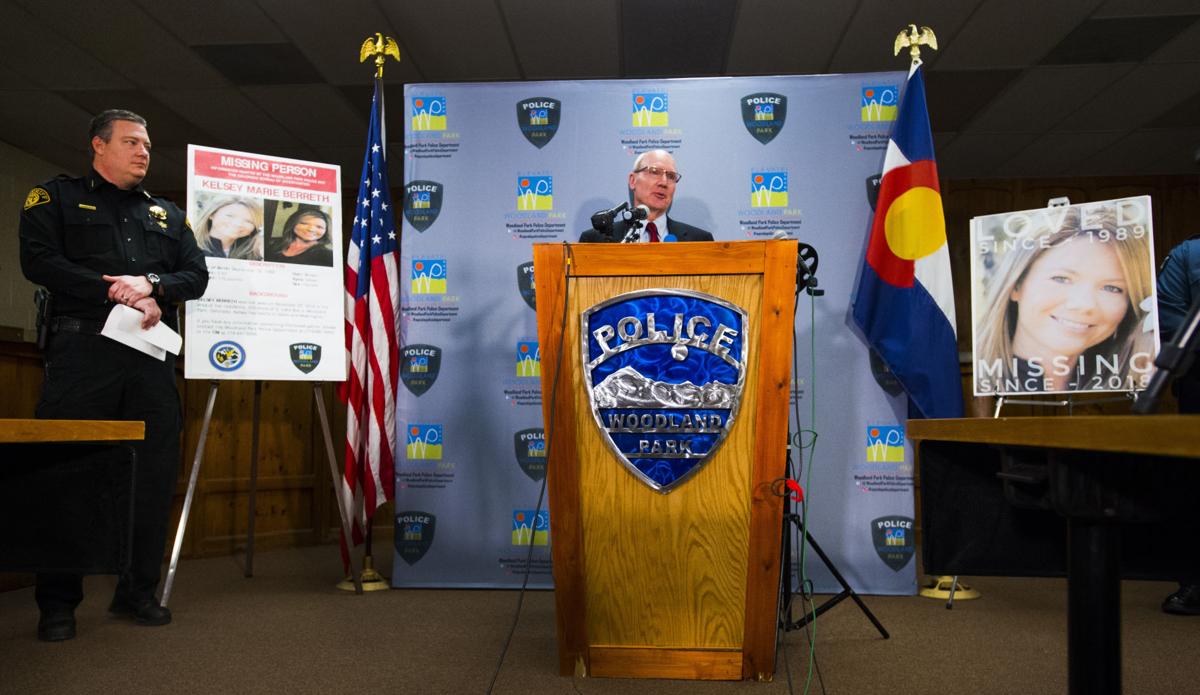 Dan May, the district attorney of the 4th Judicial District, speaks about the arrest of Partick Frazee Friday, Dec. 21, 2018, in the murder of his fiance Kelsey Berreth who has been missing since Thanksgiving at the Woodland Park, Colo., City Hall. Frazee was arrested Friday morning at his home in Florrisant, Colo. (The Gazette, Christian Murdock)

Dan May, the district attorney of the 4th Judicial District, speaks about the arrest of Partick Frazee Friday, Dec. 21, 2018, in the murder of his fiance Kelsey Berreth who has been missing since Thanksgiving at the Woodland Park, Colo., City Hall. Frazee was arrested Friday morning at his home in Florrisant, Colo. (The Gazette, Christian Murdock)

EDITOR'S NOTE: This story has been corrected to reflect that a judge has yet to rule on a request to limit pretrial statements in the Frazee case.

Prosecutors are opposing a request for a “gag order” in the case against a Florissant man suspected in the death of his fiancee whose disappearance Thanksgiving Day set off a nationwide search.

Fourth Judicial District Judge Lin Billing Vela is expected to rule Monday on a motion to limit pretrial publicity filed by attorneys for Patrick Frazee, who is being held on suspicion of first-degree murder in the disappearance and apparent death of Kelsey Berreth of Woodland Park.

The woman, 29, with whom Frazee has a 1-year-old daughter, was last seen alive on surveillance video shopping with the girl in a Safeway in Woodland Park.

Woodland Park Police Chief Miles De Young said evidence indicates Berreth was killed in her townhouse. Berreth and Frazee were engaged by did not live together.

Public defenders representing Frazee, 32, have asked the judge overseeing his case to impose stringent limits on pretrial statements by attorneys, including those favored by the American Bar Association, a trade association of lawyers.

In opposing the motion, prosecutors say there is no evidence that Frazee's right to trial has been tainted by pretrial media coverage, and they pledged to follow Colorado’s ethics rules, which allow them to release details “necessary to inform the public of the nature and extent of the prosecutor’s action and that serve a legitimate law enforcement purpose.” Prosecutors must avoid statements that “arouse public condemnation,” the rules say.

Among unanswered questions in the Berreth case is the nature of evidence found in Twin Falls County, Idaho, nearly 800 miles from the apparent scene of the crime.

Sheriff’s deputies and police investigators in the southern Idaho County said on Friday they served search warrants and tested multiple items relevant to the Berreth case, but didn’t elaborate.

Berreth’s phone was pinged in Idaho on Nov. 25, three days after Frazee said he last saw her when she dropped off their daughter.

The same day Berreth’s phone was being used in Idaho, her employers at Doss Aviation in Pueblo received a text message from her phone saying she would miss work, authorities have disclosed.

Berreth had no plans to travel to Idaho and did not contact relatives there or in Washington state, family members said.

Frazee, who did not report his fiancee missing, has declined to speak to the media. His attorney, public defender Adam Steigerwald, couldn’t be reached for comment Tuesday.

The couple’s daughter, Kaylee, was in Frazee’s custody during the three-week search for his missing fiancee. The girl was placed in protective custody after Frazee’s arrest on Friday, with plans to transfer her to Berreth’s relatives.

Frazee is being held without bond at the Teller County jail in Divide, authorities says.

The issue of the gag order request is expected to come up at Frazee's next appearance at 8:30 a.m. Monday in Teller County District Court. Prosecutors are also expected to charge him. In addition to first-degree murder, Frazee also is suspected of soliciting murder, implying that someone else was involved or that Frazee tried to enlist someone in the alleged killing.