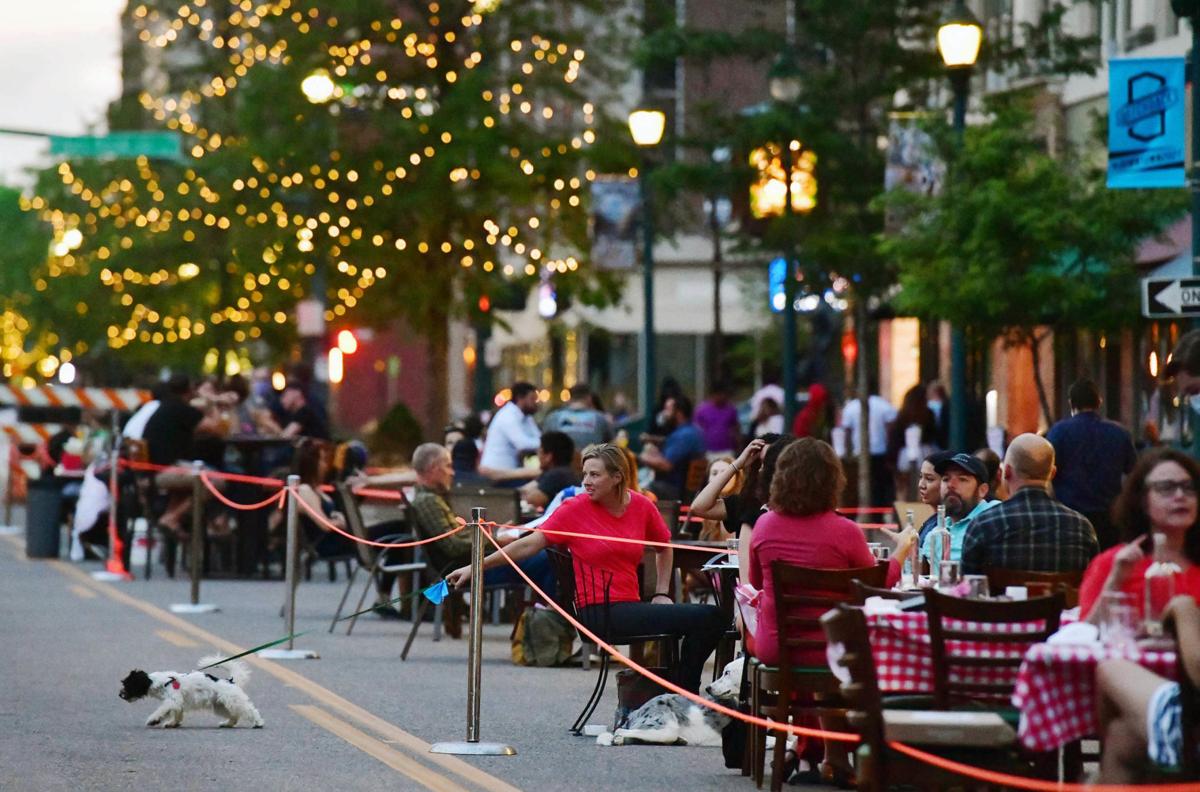 Dine Out Downtown, a summer program with expanded outdoor seating for downtown restaurants, is a hit with diners on South Tejon Street. The program has expanded to a second block downtown. 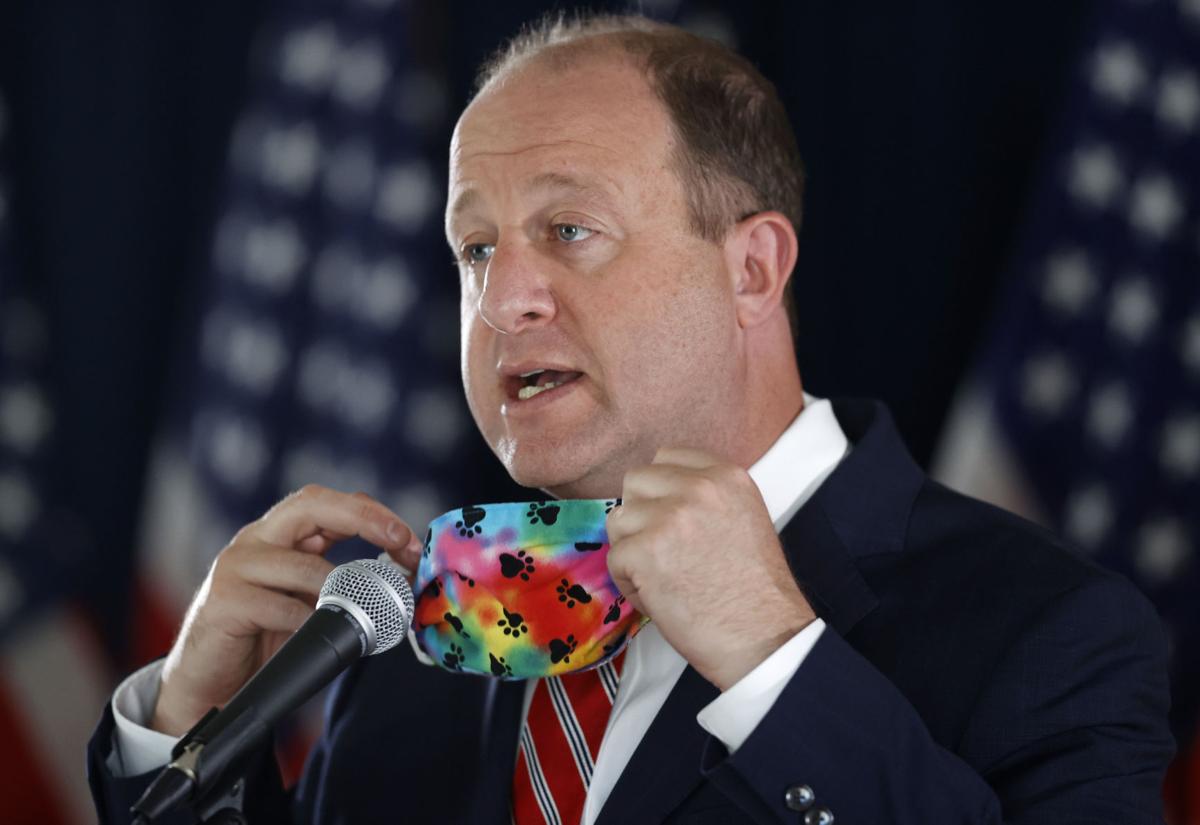 Gov. Jared Polis holds a news conference on the state’s efforts against the spread of the coronavirus on May 26 in Denver.

Politico Magazine featured this headline a few days ago: “What Colorado is getting right about reopening.”

The D.C.-based publication noted that “Colorado was the first Democratic-run state to reopen from a coronavirus lockdown, and so far it has avoided the fresh spikes in infection rippling across the West. Its measured approach could be a lesson for the country on how to reopen effectively.”

Rates are indeed spiking across the South and West right now, especially in Texas, Florida, Arizona and California. According to recent statistics, Arizona has become the epicenter of a "second spike," with one in five people testing positive for the virus.

Nationally, the number of infections set a daily record Friday, 45,000, a higher number than at the virus' peak in April.

And while Colorado also recorded an uptick in cases this week, the state has not experienced the kind of surge seen in other states around the South and West. The number of new coronavirus cases in Colorado remains well below the peak in April.

What has Colorado done right that other states have gotten wrong?

• One thing Politico pointed to is that Gov. Jared Polis’ reopening has been slow and methodical. Polis limited when restaurants and other businesses could reopen, at first only allowing curbside pickups at stores, then opened them up with capacity limits and outside dining only and has gradually raised the limit on the number of people allowed inside. Polis also allowed different areas of the state to open up at their own rates, with approval from the state according to a strict criteria of testing and safety precautions. Arizona's governor reopened the state all a once and prevented local officials from setting their rules. Arizona's governor announced Friday he is closing their bars again and putting the reopening on pause after new spikes in cases. Texas reclosed its bars and put its reopening on pause as well.

• Colorado benefits from a relatively young, healthy, active population, meaning there are fewer people with underlying health conditions that make them susceptible to the virus. The CDC ranks us the least obese state in the nation.

• Our governor wears his mask at every public presser and pushes mask-wearing whenever he can. Texas is among a number of states — including Arizona, Alabama, Florida and South Carolina — whose governors have resisted statewide mask requirements, leaving the decision up to local authorities. On Friday, Colorado Springs and El Paso County Public Health launched a joint campaign to encourage residents and visitors in Colorado Springs to “Mask Up” and stay vigilant.

• Dr. Eric Toner, a senior scholar at the Johns Hopkins Center for Health Security in Baltimore, told the Colorado Sun that states that haven’t kept control of the virus after reopening tend to have weaker health care systems where many people struggle to access care. Colorado has specifically tried to get coronavirus testing sites into underprivileged communities.

• Local economist Tatiana Bailey thinks the biggest reason Colorado is ahead of the Sunbelt is because we’re outside a lot more this time of year. “It’s hot enough in the Sunbelt that people there are inside a lot more,” Bailey said.

There is a strong consensus among experts that it’s much more difficult to catch the virus outside than inside. With fresh air and more space between people, the risk goes down dramatically. And air conditioning can be a dangerous recirculator of the virus.

A recent study, which has not yet been peer reviewed, examined outbreaks in 320 Chinese cities outside Hubei province, where the coronavirus is believed to have originated, between Jan. 4 and Feb. 11 and found only one outbreak that occurred outdoors.

"It definitely spreads more indoors than outdoors," Roger Shapiro, a professor at Harvard University's T.H. Chan School of Public Health, told The Hill. "The virus droplets disperse so rapidly in the wind that they become a non-factor if you're not really very close to someone outdoors — let's say within 6 feet."

"We’ve been fortunate here in Colorado to suppress this virus and have low levels of transmission,” she said at a news conference with the governor. “There are a number of our neighboring states experiencing increases."

But Colorado isn’t out of the woods yet.

"All of our gains could be reversed very quickly if we're not careful," he said. "Really the best advice is, as you're interacting with people, whether they're neighbors, friends, or you're going to the store, just act as if everybody might have coronavirus."

He's keeping a watchful eye on neighboring states, worried that spikes there could spread here.

“We can’t let good news give us a false sense of security. We see some of our neighboring states, Arizona and Utah, moving the wrong way.”

Apache County along the Four Corners region has Arizona’s highest case rate with around 2,628 cases per 100,000 people.

New Mexico is in the same situation as Utah and Arizona with a rising number of cases.

If Colorado remains a few steps ahead of its neighbors, are closed borders in our future?

All Polis has said on the subject is this: “The virus doesn’t understand state borders."