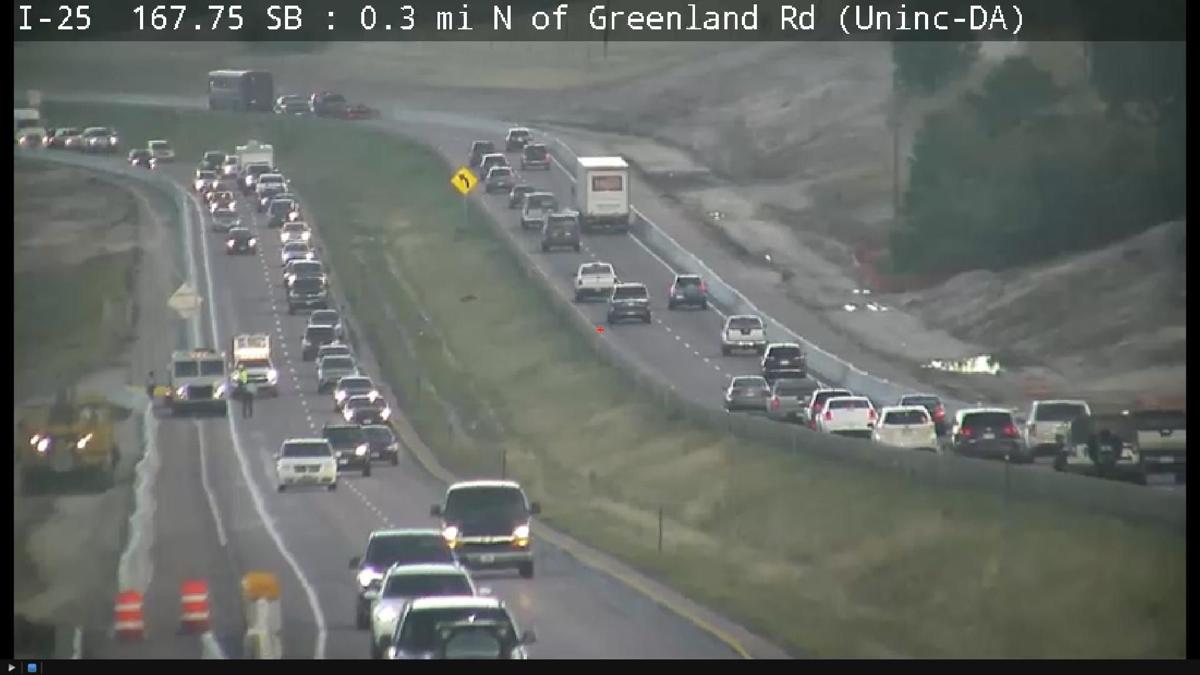 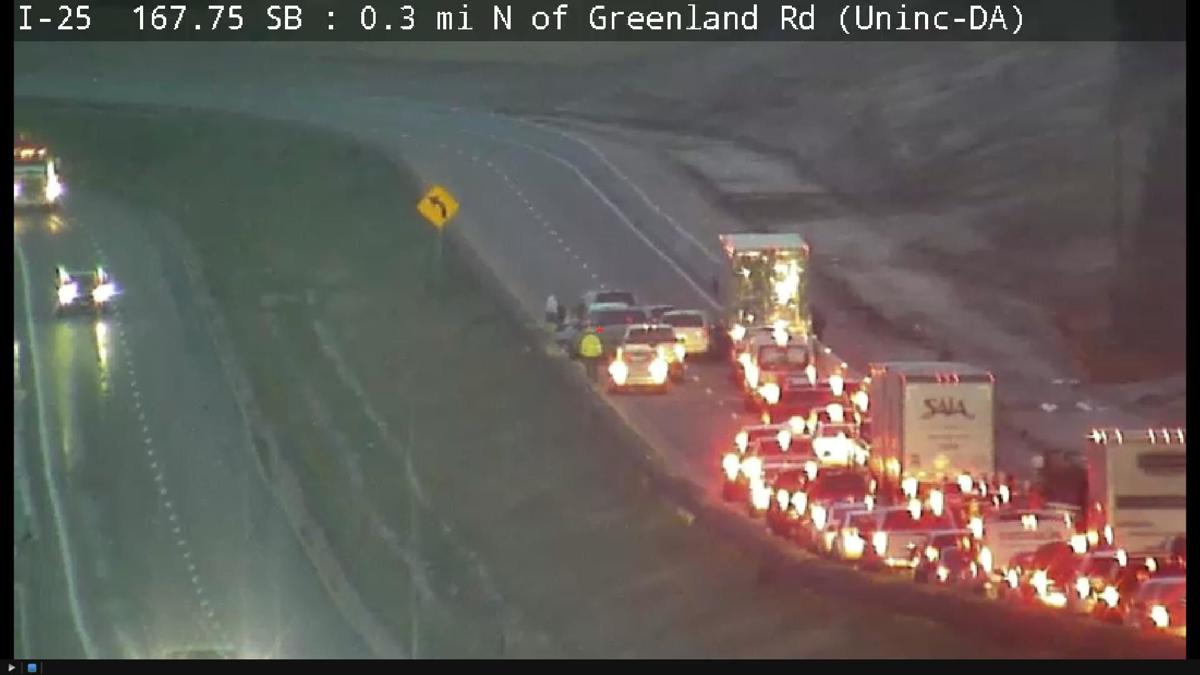 Expect delays on northbound Interstate 25 near the Greenland exit on Wednesday morning after a multi-car crash.

Northbound I-25 was closed north of Monument, but all lanes were opened shortly after 7:25 a.m., according to multiple reports. Backups are still significant.

Drive times are more than an hour through the Gap. This probably a conservative estimate #cotraffic pic.twitter.com/AY6mMjZsJa

Drivers are advised to use Colorado 83, Colorado 105 or Spruce Mountain Road as alternative routes.

This is the second crash to block I-25 in the Greenland area this morning. Other crashes hindering traffic in the Colorado Springs area are at:

Click here for road updates around the state from CDOT.

18-wheeler catches fire on I-25 in Fountain, closes southbound lanes