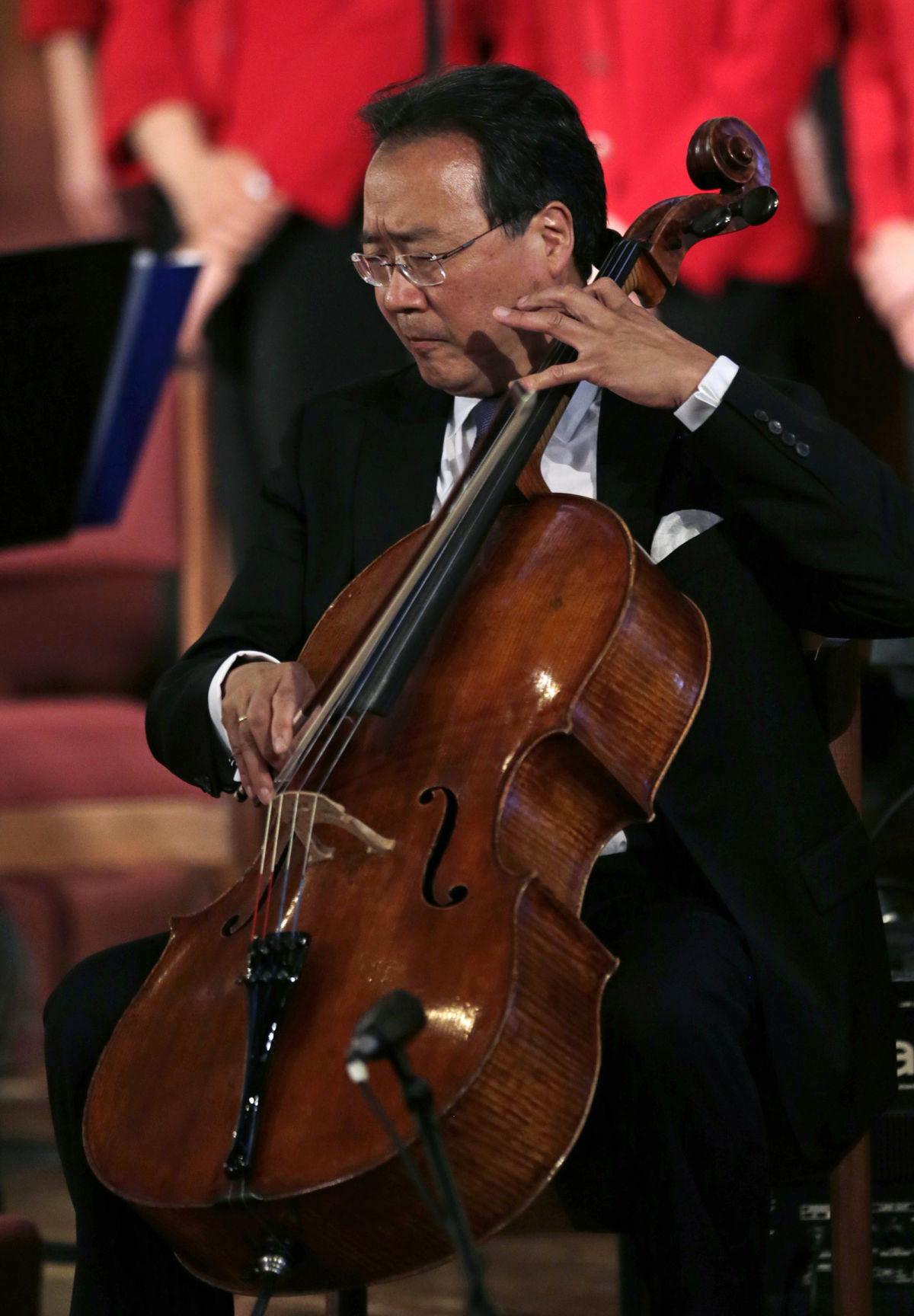 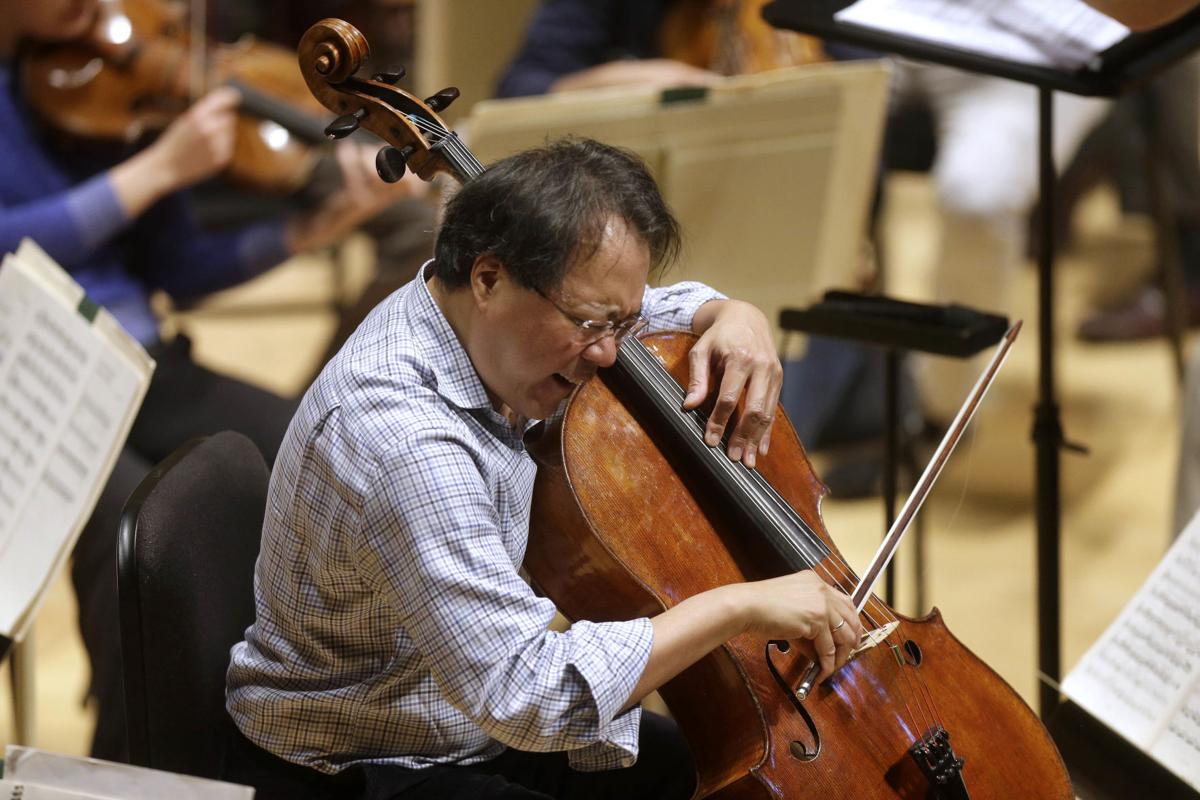 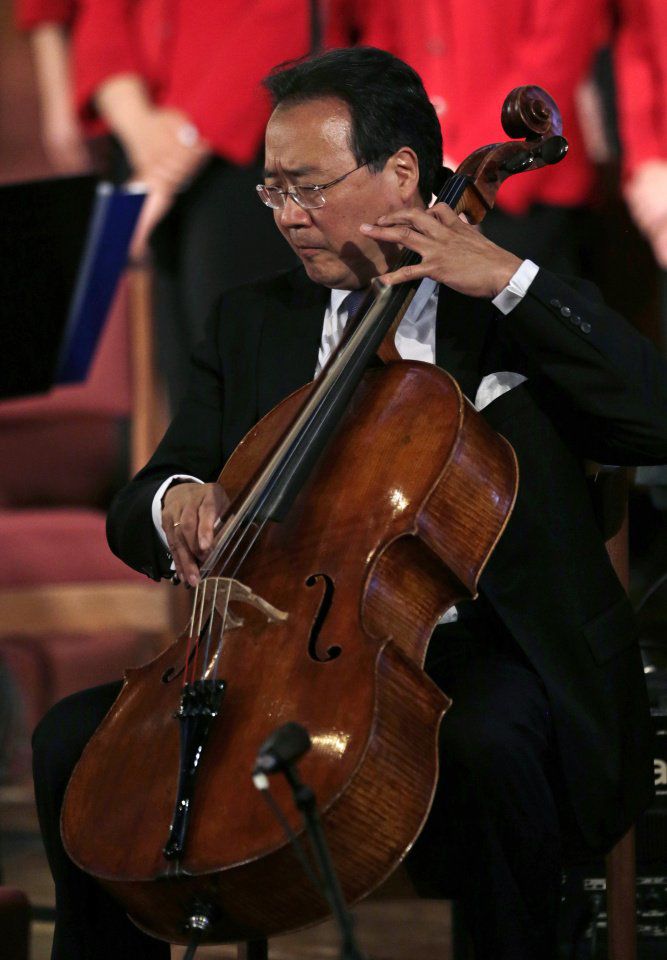 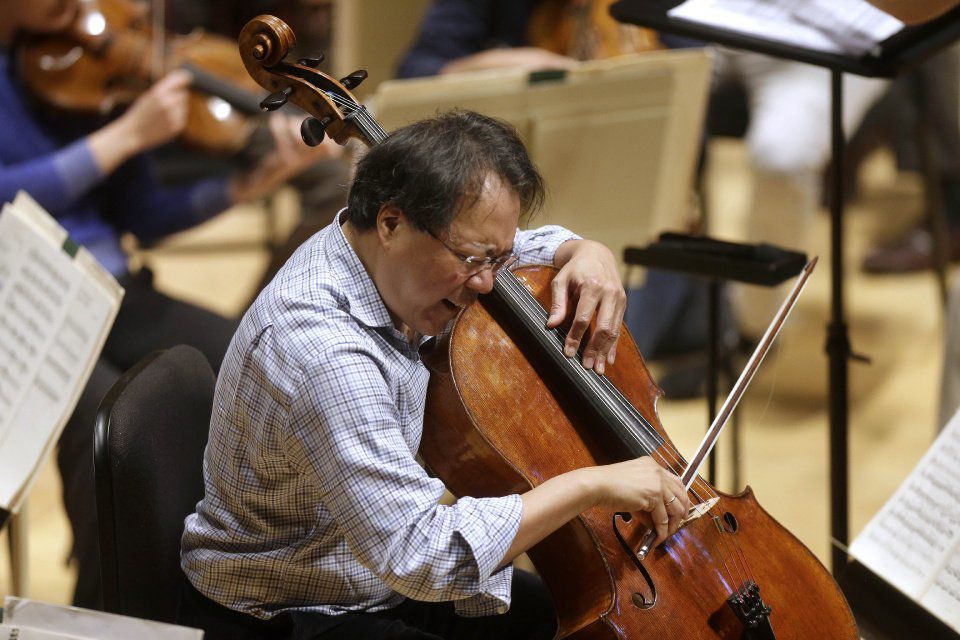 Celebrated cellist Yo-Yo Ma came back to Colorado Springs Friday night to help the Philharmonic celebrate its 90th birthday. But it was a special anniversary in another sense, too - the last time Ma played here was the day terrorists brought down the World Trade Center towers in New York - Sept. 11, 2001.

Friday night, before Ma's performance of Edward Elgar's Concerto for Cello and Orchestra, a few of the musicians who were there for Ma's 9/11 concert reminisced about that day, and how sweet it was to have the virtuoso musician back again.

"On 9/11, we were all wondering, Is this what the world is going to be like from now on?" remembers Paul Rule, a cellist who played with Ma that day.

And then there was the problem of even getting Ma here since all flights were grounded because of the attack.

But Ma would have none of it. He wanted to be with family that night, among fellow musicians, and he wanted to play. Someone fetched him by car from Denver and brought him to Colorado Springs.

"Faced with this uncertainty and darkness, here was a great artist unwilling to let that darkness obscure the beauty of what he does," Hanson said. It was as if, Hanson said, Ma wanted to make a statement that "darkness can't overcome light and beauty."

The Philharmonic changed the program that night, adding Samuel Barber's Adagio for Strings, the music that was played at President John F. Kennedy's funeral and some have called the saddest piece of music ever written. Afterwards, Ma wanted to be connected, wanted to be with family, so he joined the last row of cellists and played the rest of the concert as one of the members of the orchestra rather than a soloist.

He said Ma's playing was extraordinarily, unforgettably beautiful that night.

It was no less beautiful 16 years later. Despite his 18 Grammy awards and Presidential Medal of Freedom and more than 100 albums, Ma played Friday night like he was playing the Elgar piece for the first time, and you could read the emotions the music was evoking on his face, as if he were experiencing them just as strongly as the audience. He is so animated and absorbed in his playing, and his interaction with his cello is so intimate, an audience member almost feels like a voyeur. One of the other striking things about Ma's performances is his constant interaction with other members of the orchestra.

"He's constantly catching orchestra members' eyes," smiling at them like a secret collaborator, not a soloist, said Rule. After his performance of the concerto, Ma came back out to 15-minute standing ovation arm in arm with Conductor Josef Caballe-Domenech rather than alone. He danced about the stage applauding the other musicians and shaking their hands.

Earlier Friday afternoon, Cellist Cedra Kuehn said Ma talked for hours with the musicians after their rehearsal, reminiscing about the 9/11 concert and posing for pictures with the cellists. Then he posed for pictures with each section of instruments and shook hands with each and every musician. They were struck, once again, by what a generous musician Ma is.

"A lot of the great soloists are surprisingly humble," said Rule.

Kuehn seconded that sentiment, marveling at how the greatest artists are often the greatest human beings as well.

9/11 was a horrible day, Rule said, but in Colorado Springs, thanks to the expansive humanity of Ma, it had a sublime, unforgettable coda.