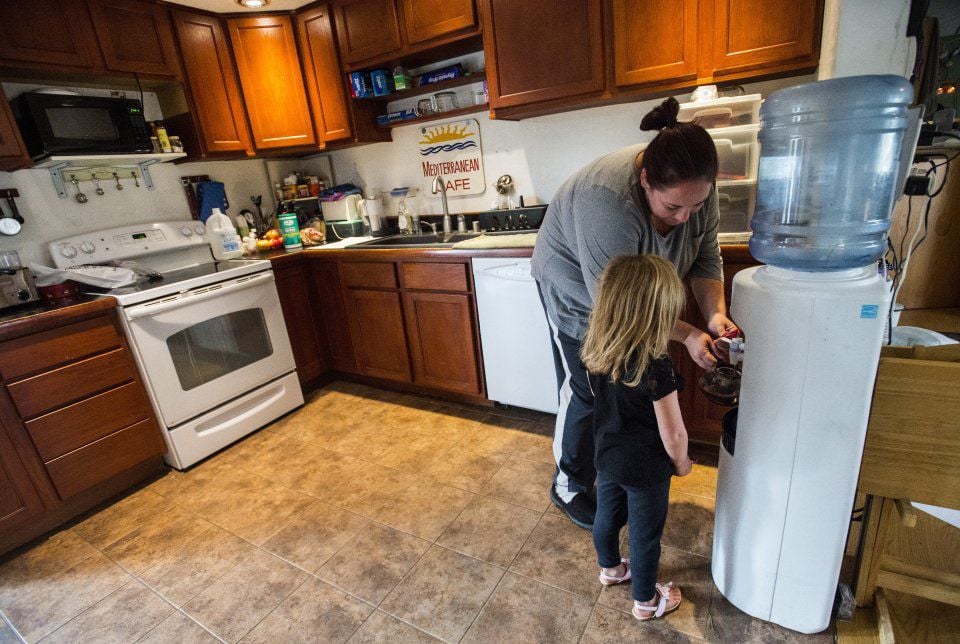 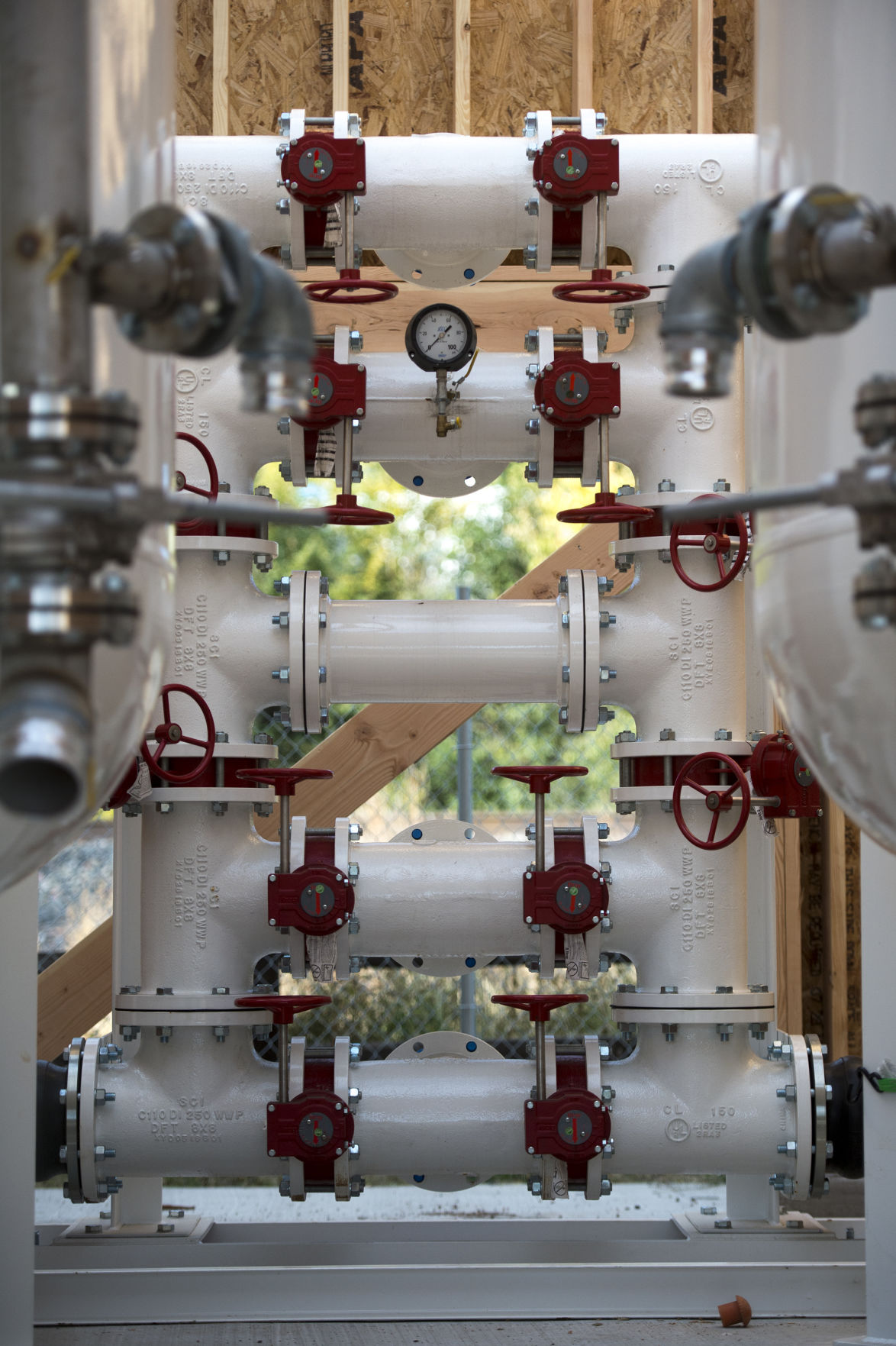 The U.S. House on Friday passed a sweeping package of measures that would establish federal regulations for toxic “forever chemicals” and compel cleanup of contaminated areas.

President Donald Trump’s administration threatened this week to veto the bill if it passes the House and Senate, and the bill contains measures Senate Republicans axed from other legislation passed in December. The measures would be a major step toward addressing what has become a pressing environmental issue.

An estimated 1,400 communities and more than 300 military bases nationwide have some perfluorinated chemical contamination, lawmakers said Thursday. As many as 100 million Americans could have drinking water affected by the chemicals, which are also known as PFAS, the Environmental Working Group estimates.

That includes about 64,000 people in the Security, Widefield and Fountain communities in southern El Paso County. The aquifer that supplies their drinking water is contaminated with the chemicals, which were used for decades in a firefighting foam at nearby Peterson Air Force Base. Last year, more contamination sites were found at the Air Force Academy.

The Environmental Protection Agency “is not going to take care of this problem. Congress needs to act,” Rep. Debbie Dingell, D-Mich., told colleagues on the House floor Friday morning in a speech that drew cheers. “The longer we wait, the worse the contamination becomes.”

The legislation “would set our country on track to effectively begin to confront this PFAS contamination crisis,” said Rep. Andy Levin, D-Mich., on Thursday.

Among those voting against the bill were Colorado Springs Republican U.S. Rep. Doug Lamborn. He joined Colorado’s two other Republicans in opposing the bill, while Colorado’s four Democrats voted for it.

“A Superfund designation for PFOA and PFOS would only serve to delay the cleanup at affected sites and subject innocent parties to litigation,” Lamborn said in an email, explaining his opposition. “It would also decimate local property values, impede continued economic growth in our community, and negatively affect future military basing decisions in the region.

“This overreach would also subvert the actions underway at the EPA, disrupts the health and exposure studies being conducted locally and hinders the extent of feasible remediation measures that exist.”

Clean-water advocates in the Pikes Peak region, including the Sierra Club, hailed the vote as an important step in the right direction, especially what they see as a lack of urgency on the part of the EPA.

They also blasted Lamborn’s opposition to the measure. Liz Rosenbaum, who leads the Fountain Valley Clean Water Coalition, said Lamborn was a “traitor” whose vote against the bill was “ridiculous.”

“It demonstrates that he literally does not care about the health and well-being of the people who live in Colorado and across the nation,” Rosenbaum said.

The legislation reflects nearly four years of growing anxiety in communities from Pennsylvania to Michigan to California, growing research about the potential health effects of the chemicals and growing agitation by lawmakers to add the chemicals to federal regulatory and cleanup programs.

In southern El Paso County, at least $50 million has been spent building treatment plants and providing bottled water for affected residents. While most of that money is taxpayer dollars spent by the military, several million dollars also came from ratepayers in the area.

The Air Force has spent years studying its role in the contamination of the Widefield aquifer, which runs along Interstate 25 from South Academy Boulevard to Fountain. However, it has yet to announce plans for a full-fledged cleanup.

“I now urge the Senate to quickly vote on this bill,” said Rep. Brendan Boyle, D-Pa. “It’s time we rectify this ongoing crisis.”

Passing with 247 votes, including those of 24 Republicans, the legislation goes to the Senate, where its prospects are murky. Lawmakers on the House PFAS Task Force tried to pass many of the measures in the latest defense spending bill, but several were stripped out by Senate Republicans before that bill passed.

Task force members said Thursday that Republicans on the PFAS Task Force were trying to help bring counterparts in the Senate on board.

The EPA is researching and monitoring the chemicals and developing some guidelines, all processes that began in February or earlier and are not complete. The EPA had pledged to take the next step in creating a drinking water regulation by the end of 2019 but failed to do so.

“For the first time in agency history, we utilized all of our program offices to construct an all-encompassing plan to help states and local communities address the chemicals and protect our nation’s drinking water,” EPA Administrator Andrew Wheeler said this week.

The bill would designate two common types of perfluorinated as hazardous substances, require the EPA to establish drinking water regulations for them under the Safe Drinking Water Act, add them to the Toxic Release Inventory, and list them as hazardous air pollutants.

It would also require polluters to clean up perfluorinated compound contamination under the Superfund law, provide for some monitoring, testing and funding, prohibit burning the chemicals for disposal and minimize the use of firefighting foam and other equipment containing the chemicals.