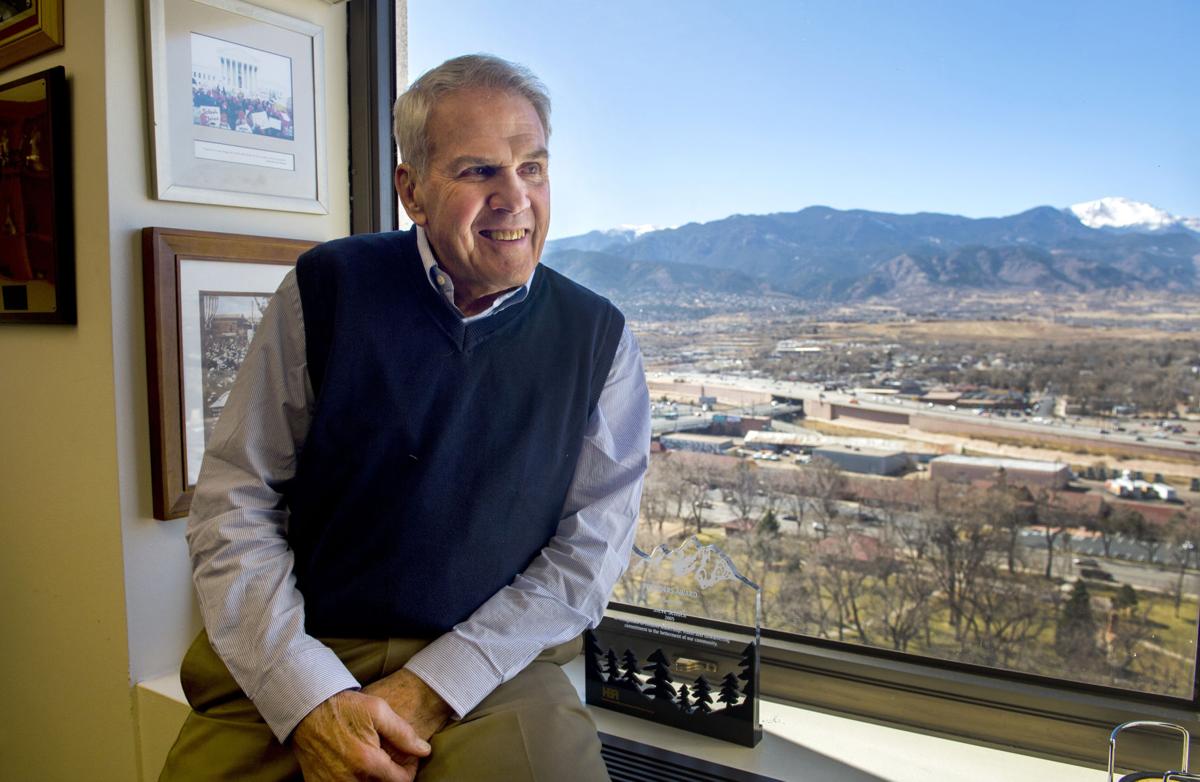 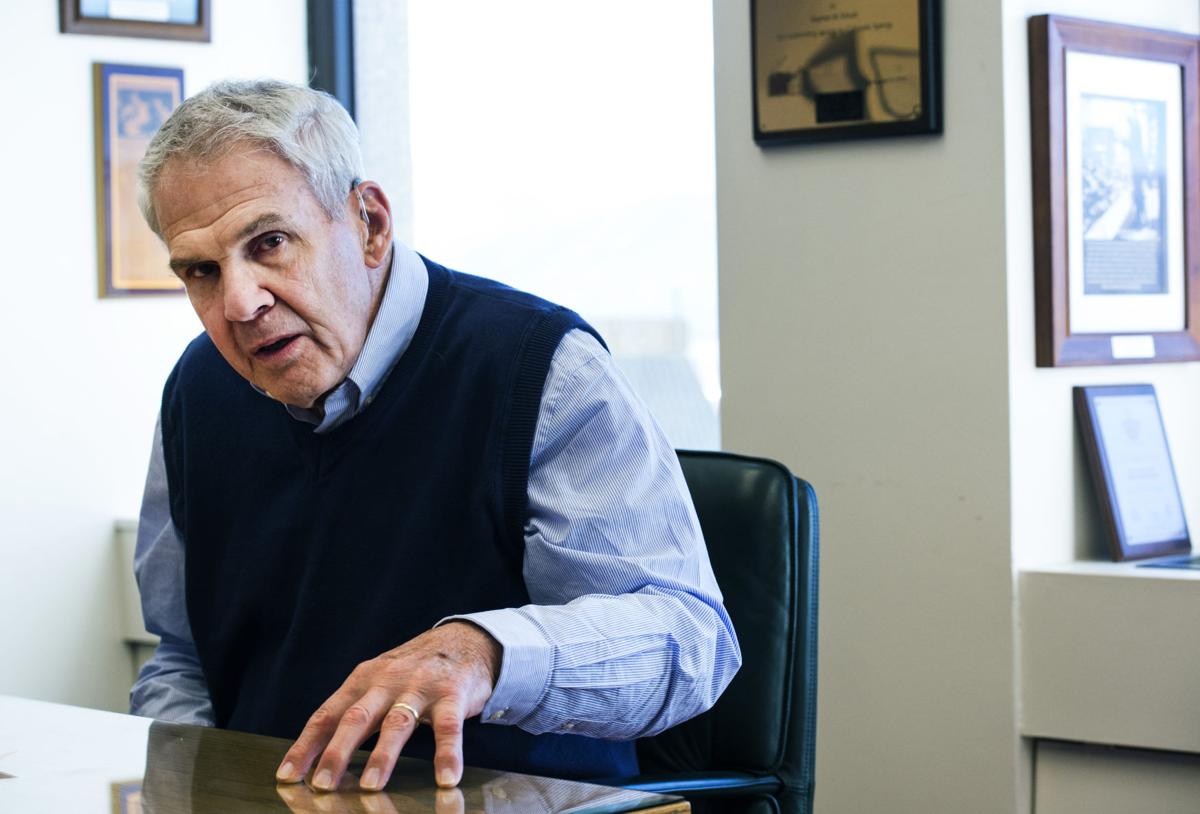 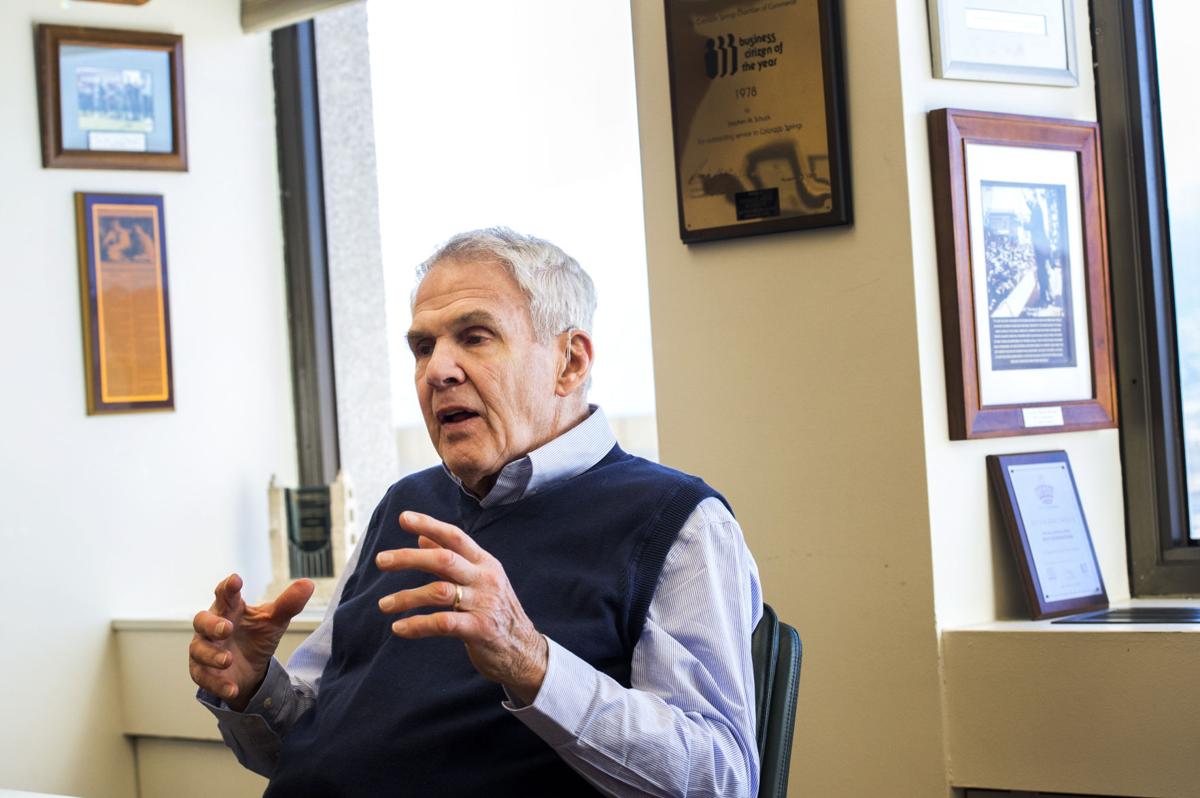 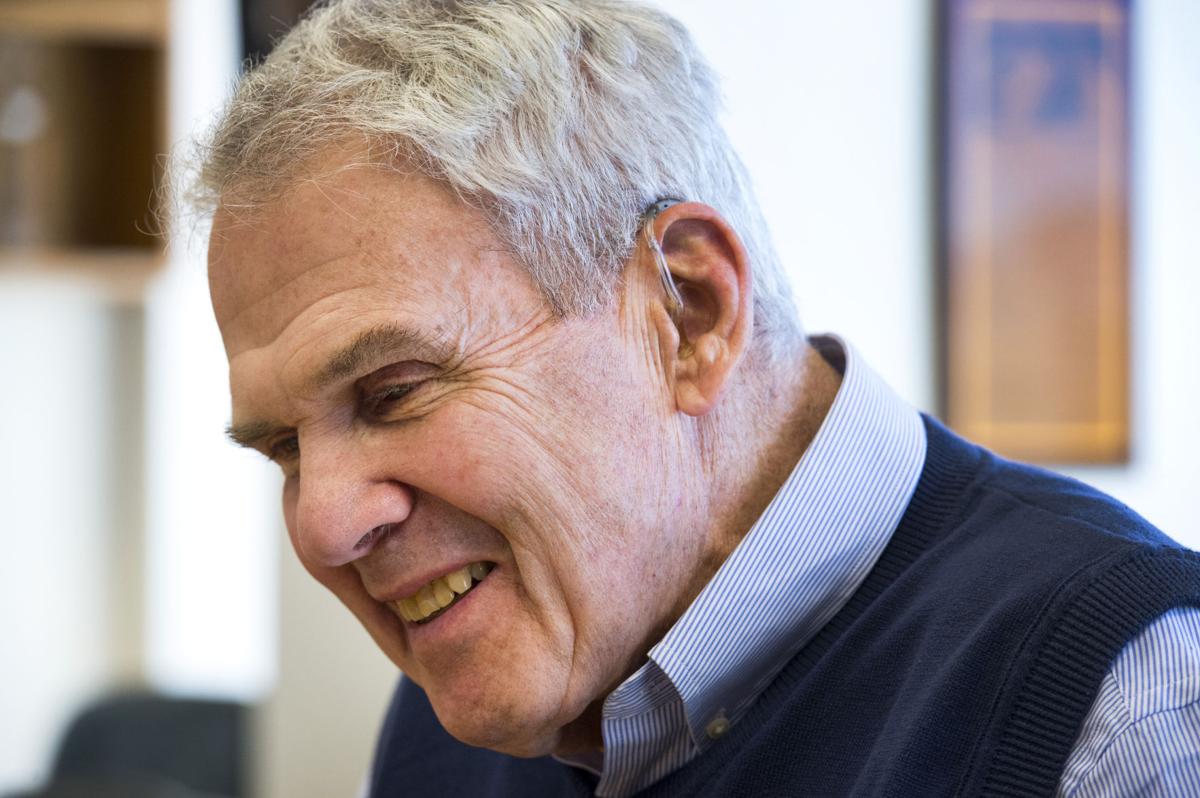 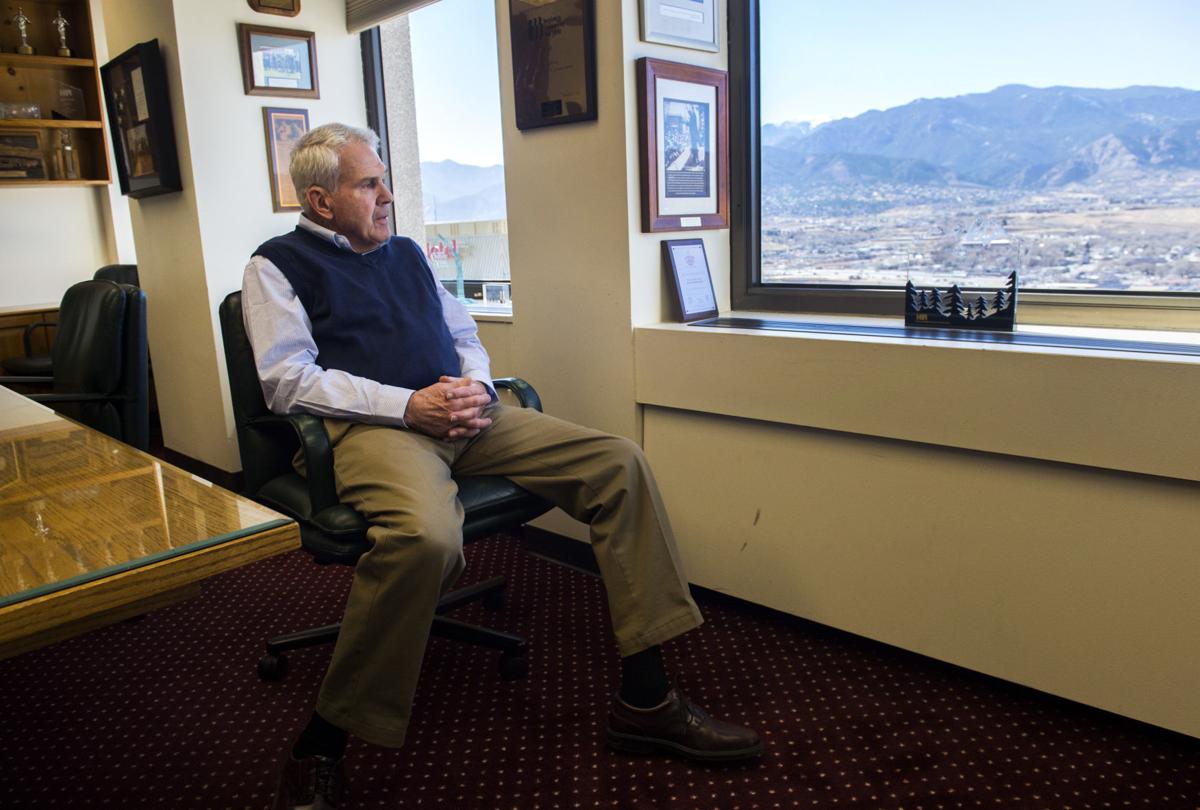 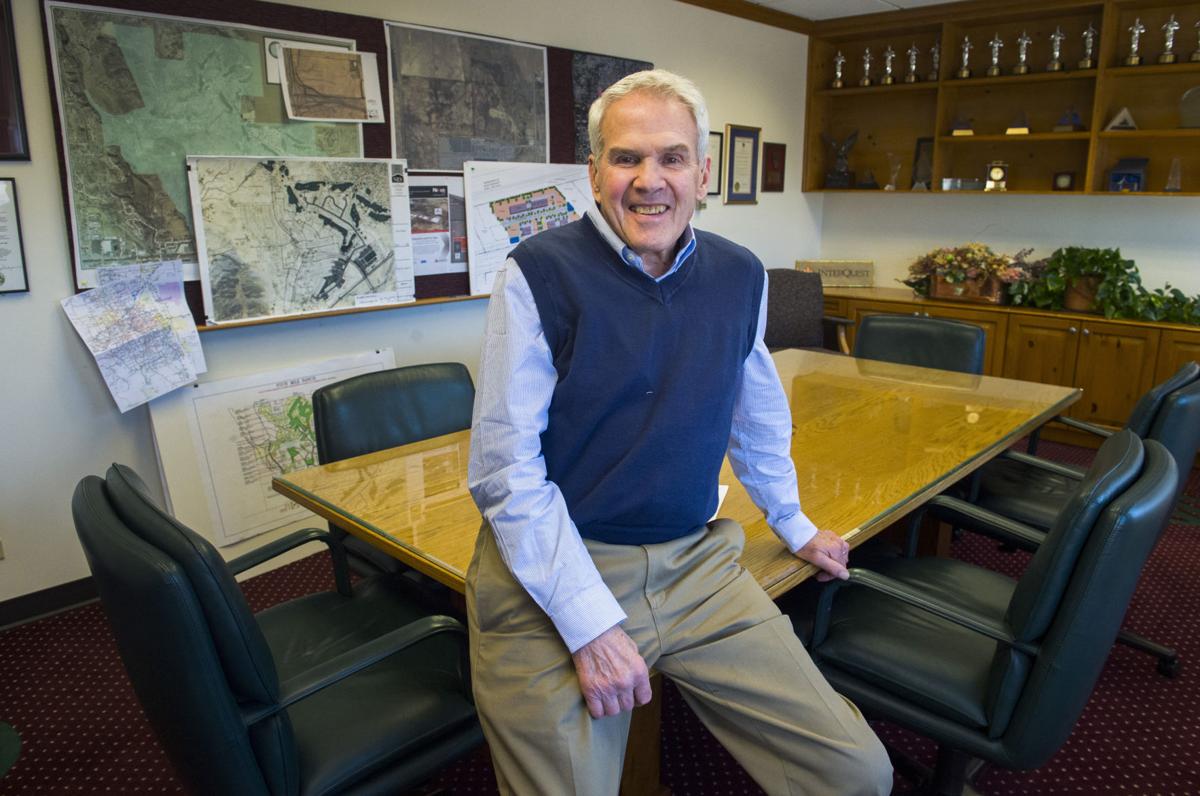 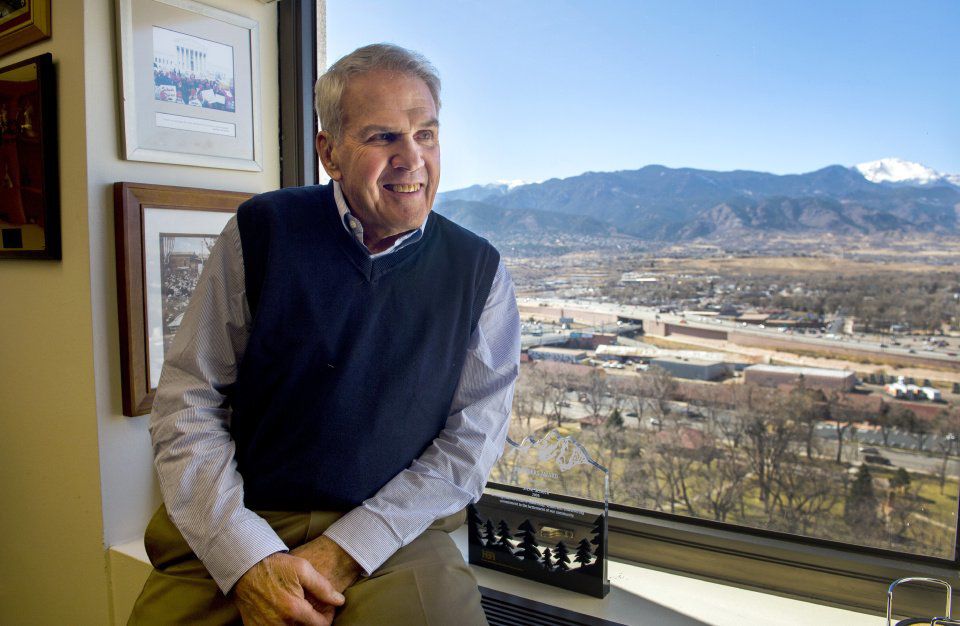 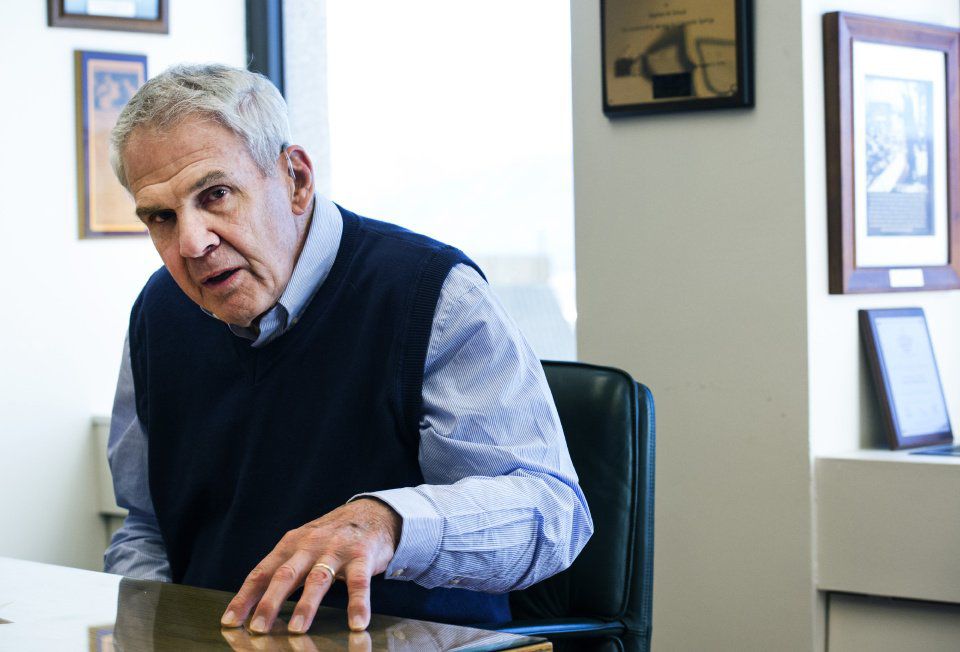 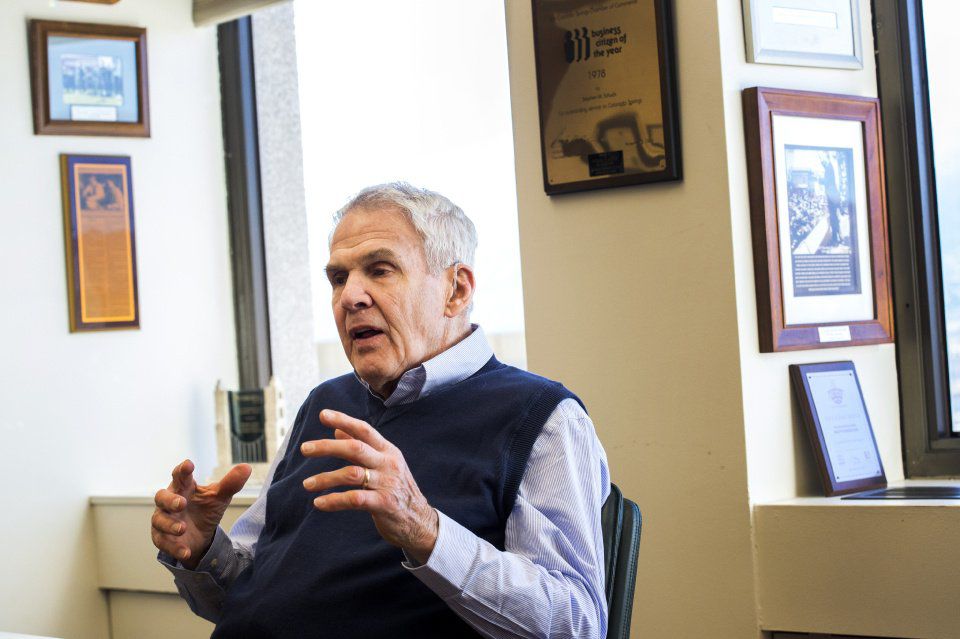 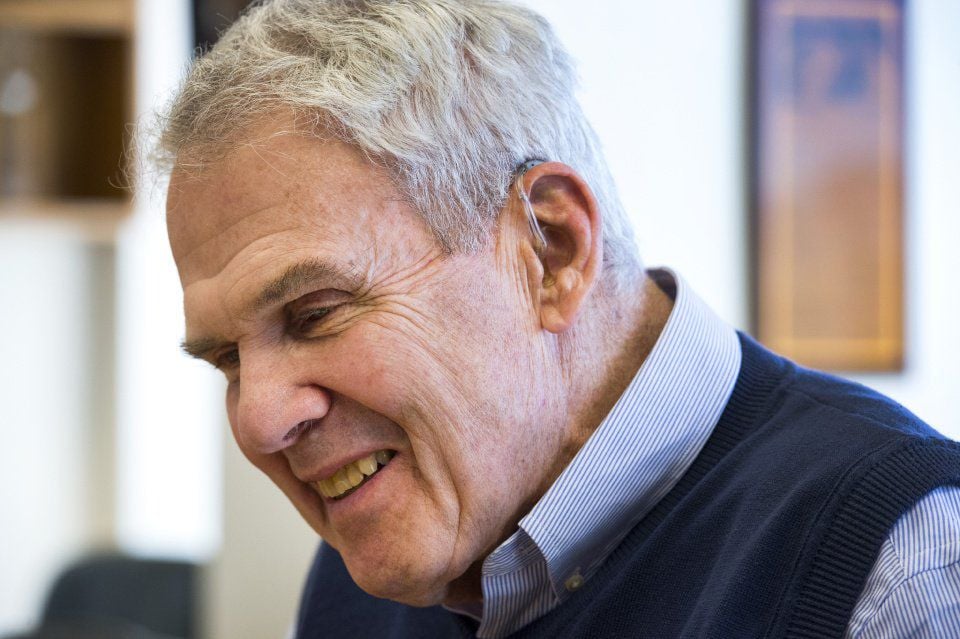 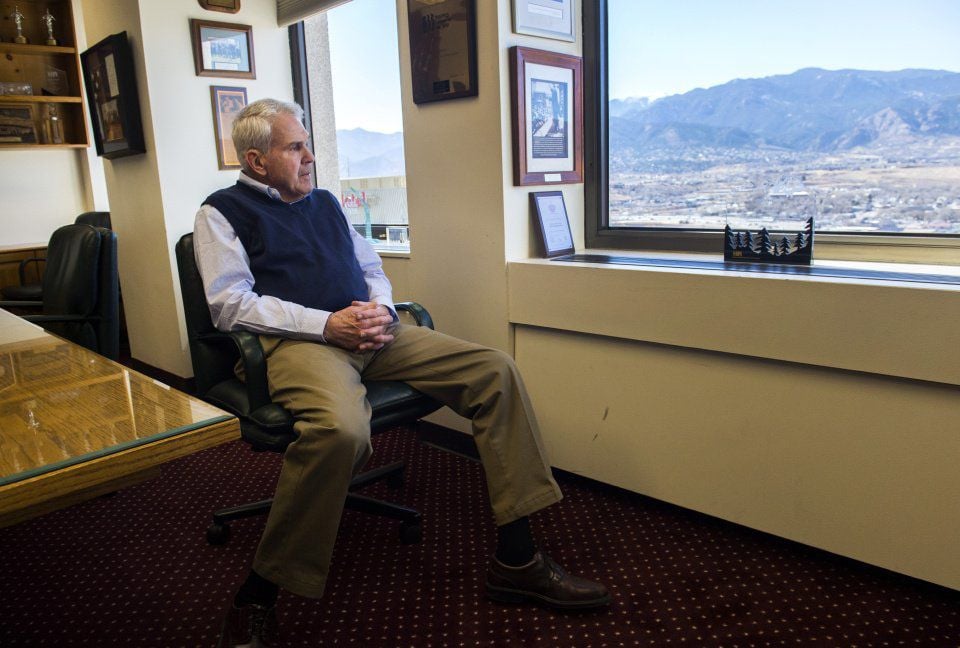 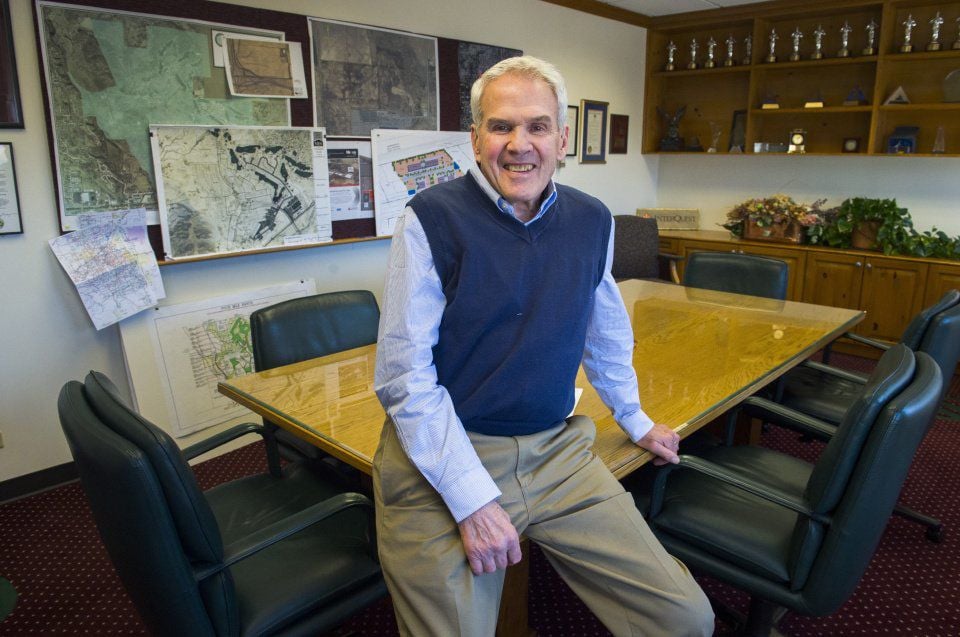 The 80-year-old real estate developer now hates meetings but still loves helping people and programs that he thinks would benefit from his knowledge.

"I'm into solving problems," Schuck said in his characteristic straight-shooting manner. "What I've learned over the years is to treat the not-for-profits the same as I treat my business."

That means he focuses on organizations that are "doing the best job in accomplishing their mission, which is proven by the outcome, the results in changing people's lives."

Schuck and his wife, Joyce, in 2000 founded their own organization, Parents Challenge, which provides scholarships and grants for low-income students to attend schools of their choice.

For his work in not only advancing the city through responsible land development and economic development programs, but also along the way assisting various nonprofits, Schuck will receive the Humanitarian Award from the American Red Cross of Southeastern Colorado.

Danny Mientka, principal in The Equity Group, a real estate development company, nominated Schuck for the award, which is part of the annual Hometown Heroes recognition. The award ceremony is Thursday night.

"I consider Steve to be one of the most influential forces within Colorado Springs' commercial real estate industry," he said. "So many of my peers who have gone on to form and operate successful commercial brokerage, management and development companies learned their craft from Steve."

Schuck's history of "improving public policy, his unwavering commitments to school choice and to community, and supporting the value of education for all" exemplify a humanitarian, Mientka said.

"Steve has worked effectively to bring people with different ideas together and encourage the benefits of public discourse," he said.

In a downtown office that overlooks the city, a conference room full of awards from decades ago and current times showcases Schuck's legacy.

As his gaze sweeps across the accolades, Schuck said the humanitarian award is meaningful because of the organization behind the tribute.

"Most nonprofits exist and donors support them to make themselves look good," Schuck said. "That's one of the distinguishing things about the Red Cross. It's mission-driven."

Those two words have been the guiding force of Schuck's Parents Challenge, which has given more than $2 million to help some 2,000 local elementary and secondary students attend schools outside of their neighborhoods.

"Kids coming from low-income families are almost without exception condemned to the worst-performing schools," he said. "There's a direct correlation between the quality of education poor kids get and the socio-economic circumstances in their neighborhoods."

Although there are some 70 organizations around the nation similar to Parents Challenge, Schuck said his is the only one that allows full choice of traditional public, charter public, private, religious and home schools.

"We aren't draining kids out of public schools; we're trying to empower parents with choice," he said.

Parents Challenge also is unique in requiring parents attend monthly meetings to "gain more tools to be better education consumers for their kids."

"We have a system that doesn't take care of everybody equally," Schuck said. "Why? Public education is the last legal monopoly left in America. They have 90 percent of the market share, and people of means pick the home where they want to bring up children on the basis of the quality of the schools. Low-income people don't have that mobility. They don't have that choice."

Parents Challenge "takes the power away from the schools and gives it back to the parents," Schuck said, an idea that is gaining political footing under the Trump administration's leadership.

"We're spending more and getting less. I want to turn that dynamic on its head and say it isn't how much you spend but how you spend it," Schuck said.

"It keeps you on your toes," he said.

Known as a likable, approachable guy, Schuck has a list of friends "a mile long," Mientka said: "His genuine smile and warm personality make you feel good when you are around him."

Schuck has no plans to retire from his company, politics or nonprofit work.

"I get asked a lot why I stay involved," he said.

The answer: "Because I care."

"I don't want to turn up my toes and lament the fact that I didn't do my part," Schuck said. "Protecting freedom and liberty is not a spectator sport."