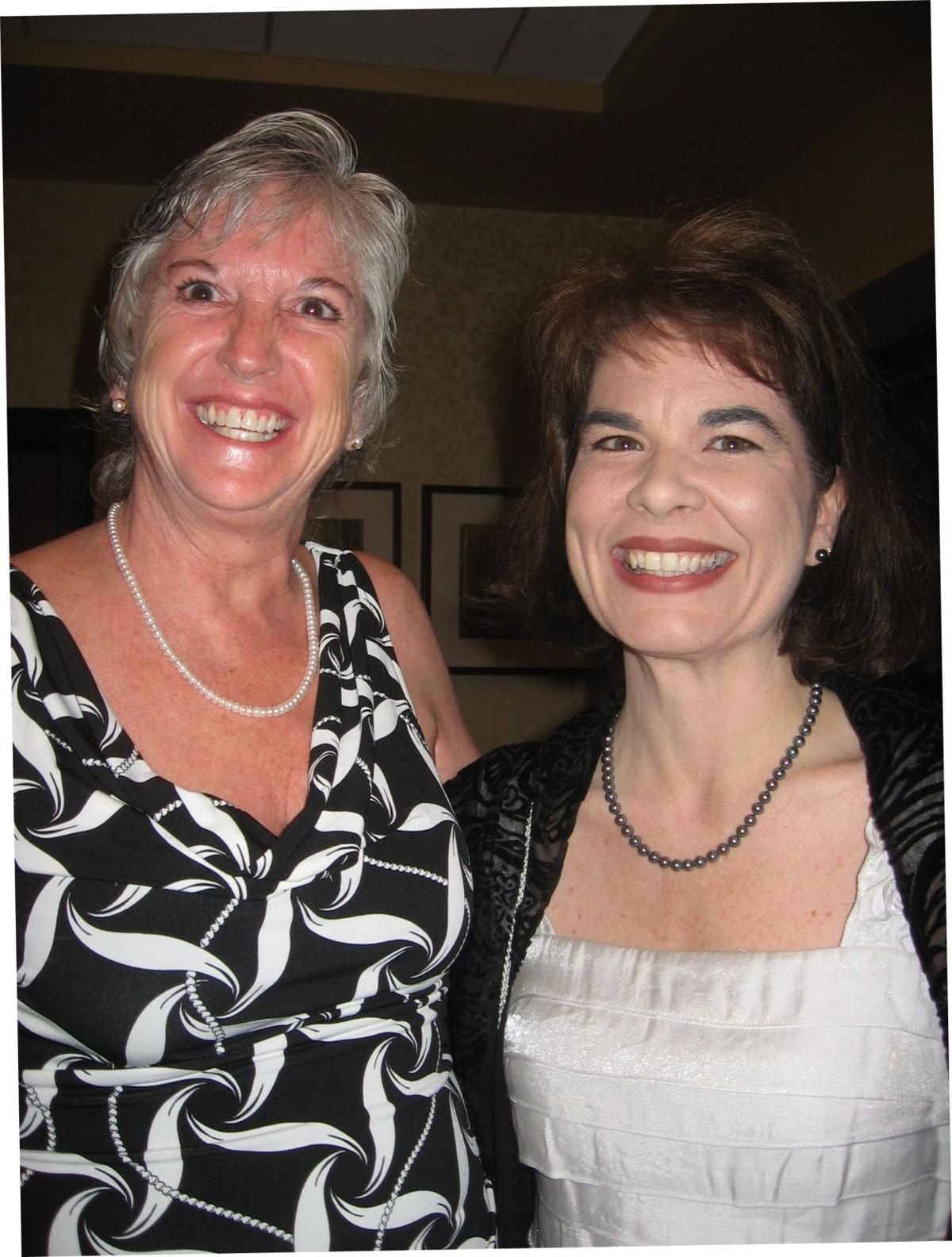 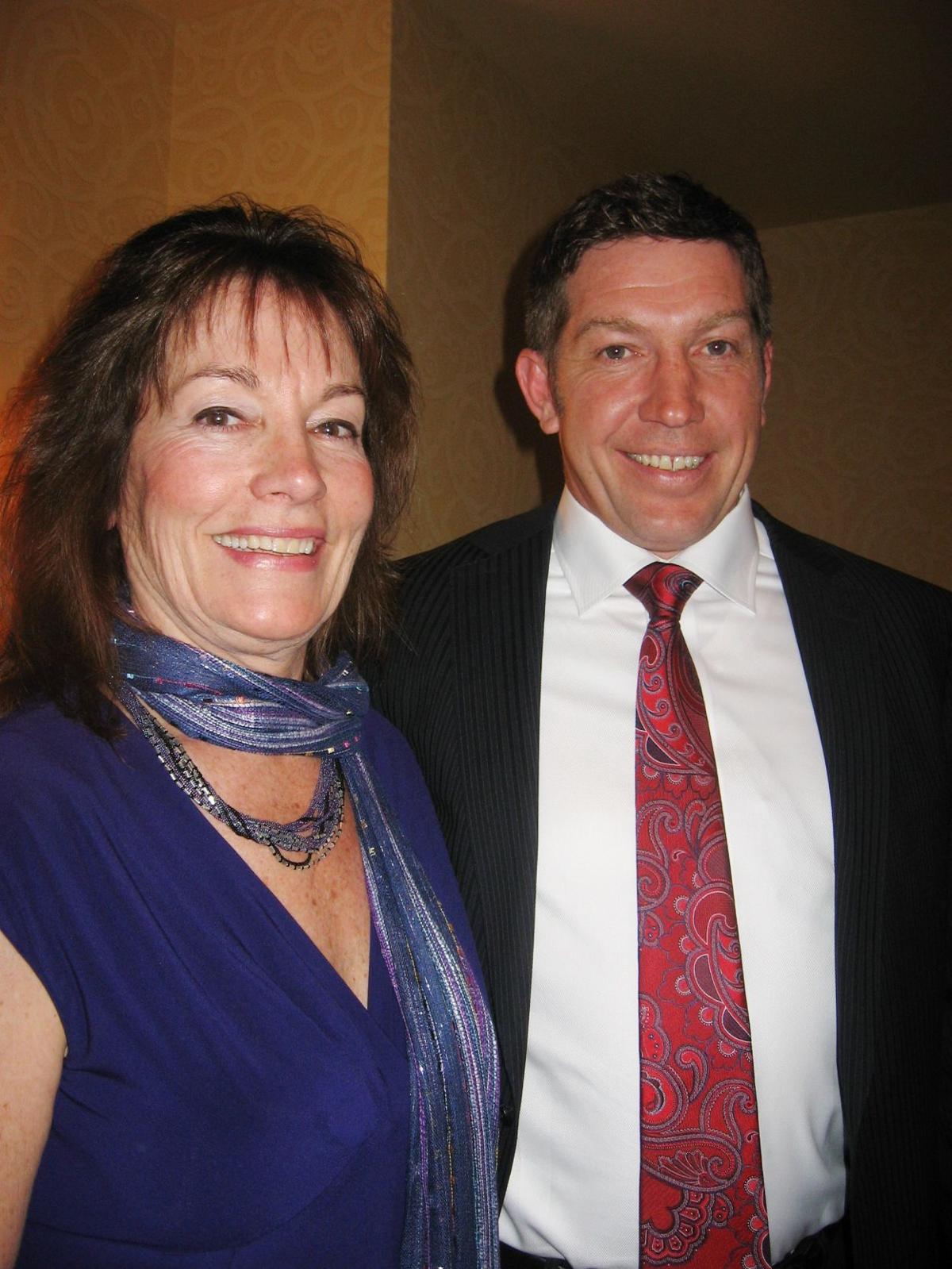 Barb Midyett received the Barney Iuppa Award at Safe Passage and guest speaker Sheldon Kennedy shared how, as a junior-hockey player, he was sexually abused by his coach. Photo by Photo by Linda Navarro 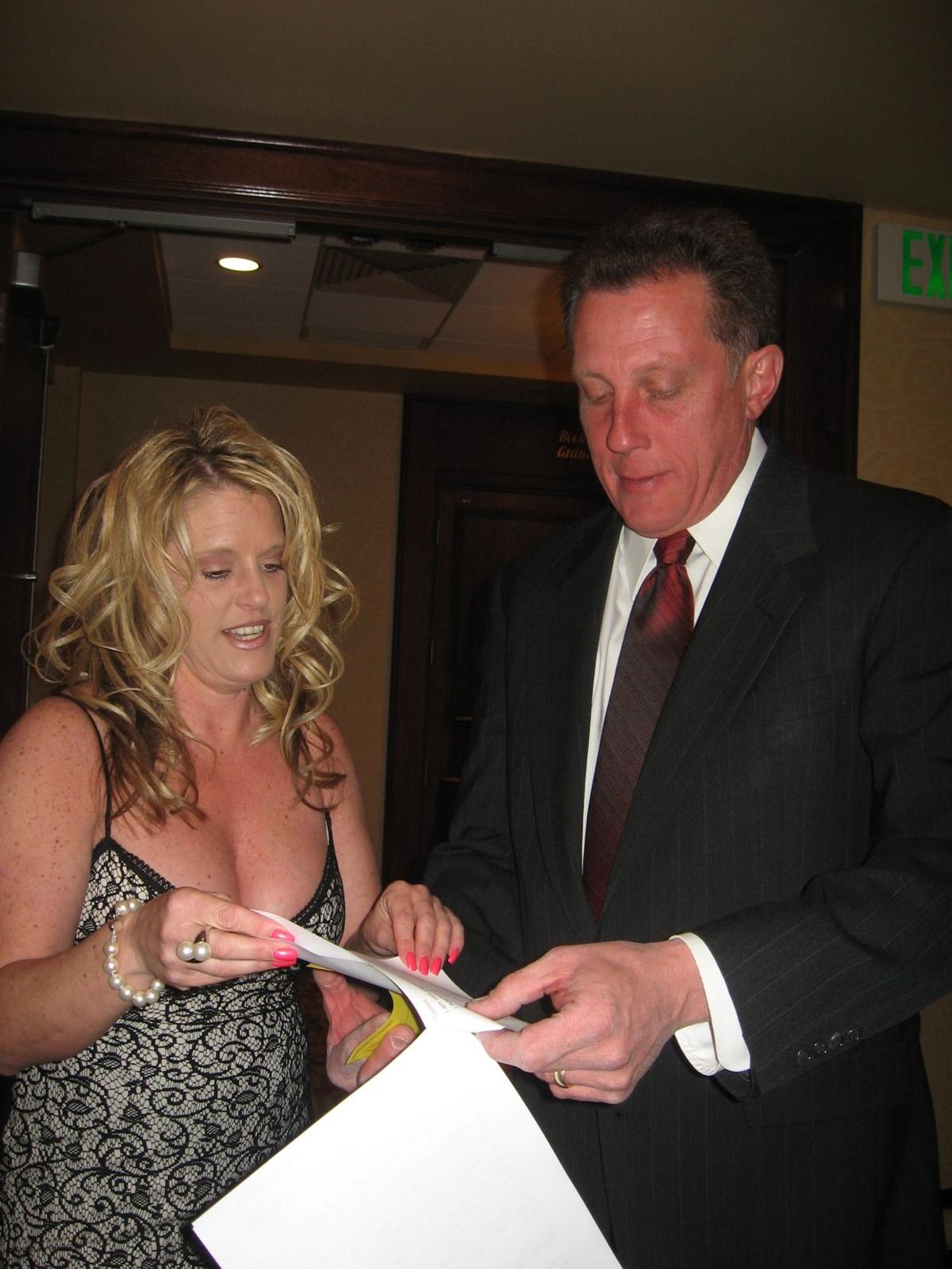 Barb Midyett received the Barney Iuppa Award at Safe Passage and guest speaker Sheldon Kennedy shared how, as a junior-hockey player, he was sexually abused by his coach. Photo by Photo by Linda Navarro

It was an interesting, if puzzling, choice: The guest speaker for the Safe Passage Monte Carlo Benefit Gala was a former National Hockey League player. Rough sport, tough players.

What would he have in common with professionals dealing with children who have been sexually abused?

The hockey “Man of the Year” in Canada, where the sport is almost a religion, molesting a teenage player, one of thousands of hockey hopefuls? Why would anyone believe that?

It took years for the truth to come out. Now Kennedy travels everywhere he can to open the eyes of parents — and those in the sports world —  to what could be happening to children.On March 5 he carried his story to the Marriott Hotel.

A farm boy, Kennedy dreamed of playing pro hockey. When "The Man" wanted him for his junior hockey team, his parents were thrilled. Off he went with a revered coach, who proudly showed him his apartment walls covered  with photos of hundreds of players he had coached. “It was powerful. He was an important man. I was meeting someone who would shape my life. I thought. ‘I am a really lucky 13-year-old.’”

Meanwhile, James was grooming his victim, making him his partner. The teen was uncertain how wrong this was and knew his own father would never believe him. He wondered how he would numb himself to what was going on and how he would protect his secret. “I’d gone to Winnipeg as a goofy kid. I came back a zombie.”

Whenever Kennedy made friends with other players, his coach traded them, isolating the boy even more.

Kennedy had hockey success, playing for Canada's gold-medal World Junior Hockey team in 1988 and was captain of the Swift Current Broncos in 1989.

His secret world of abuse, which lasted until he was 19, drove him to alcohol, drugs and thoughts of suicide. These are all common among abuse victims.

Kennedy moved up to the pros and played until 1997, when he and another player went to investigators. They had to stop the coach from hurting any more players, he said.

Graham James was charged with sexual abuse and sentenced to 3½ years in prison. Then, amazingly, he was suddenly and secretly pardoned by Canada’s National Parole Board and he disappeared.

In 2010, more victims surfaced, one of them Theo Fleury, formerly of the Colorado Avalanche. James was arrested when he returned to Canada. He had reportedly spent some of his time away coaching young players in Spain.

Kennedy, an endearingly honest guest speaker, said that, in his efforts to save other youngsters, he went in-line skating. He had Rollerbladed only once in his life, but this was for 6,500 miles as he skated across Canada to spread the word about abuse. Victims came to talk to him. Parents told him they lost kids to suicide, only to learn later they had been abused.

He and a business partner are building a child-advocacy center in Ottawa. They take their anti-bullying “respect” program to hockey parents and schools, and they argue (not always successfully) to get international Olympic organizations to educate coaches.

Both said they were overwhelmingly impressed with the work done in Colorado and said they had learned much from the Safe Passage program of forensic interviewing of young victims.

“Just listen to children,” Kennedy said earnestly. He told his story in his 2006 book, "Why I Didn't Say Anything," which was made into a TV movie.

Echoing Kennedy’s words was the evening’s Barney Iuppa Award winner, Barb Midyett, a recently retired police department investigative specialist who instituted forensic interviewing protocols that became a standard in law enforcement. She and those she worked for became pioneers in the field.

Her secret: “I’m not doing the talking, I’m doing the listening,” said Midyett. “We hope we always give kids a voice.”

Midyett has been called a guardian angel, but prefers to just be called one of “Barney’s Angels.” The first was former Safe Passage Executive Director Janet Buss.

On a lighter note, galagoers celebrated the 16th annual event with a dinner and signature dessert auction. Police SWAT team members wound through the room displaying a mocha torte, a heavenly carrot cake, mouthwatering brownie cheesecake, cannolis, decorated cupcakes, a gourmet fruit torte and a chocolate feast. Bidders anted up a $2,500 minimum for the heavenly treats for their tables, and the evening’s highest bidders won SWAT shirts and hats from the officers.

Komen Country for the Cure

It was a chance to don cowboy boots and hats, Wranglers and pink bandannas, and dance to the music of Sandy Wells and the Smokin’ Guns Band.

For event chair Julia Vanscyoc, it was a way to fight back after losing her sister to breast cancer. It was also an opportunity to introduce a family friend, rodeo bull rider Charlie Sampson, who rode bulls with Julia’s brother, Glen Campbell (no, not the singer). Sampson amiably posed for photos with guests in front of his Hall of Fame display.

Many of those enjoying the evening were honoring family members who have breast cancer, and many others were survivors themselves.

For blinged-out emcee Alisha Scott it was an opportunity to honor her mother, a survivor.