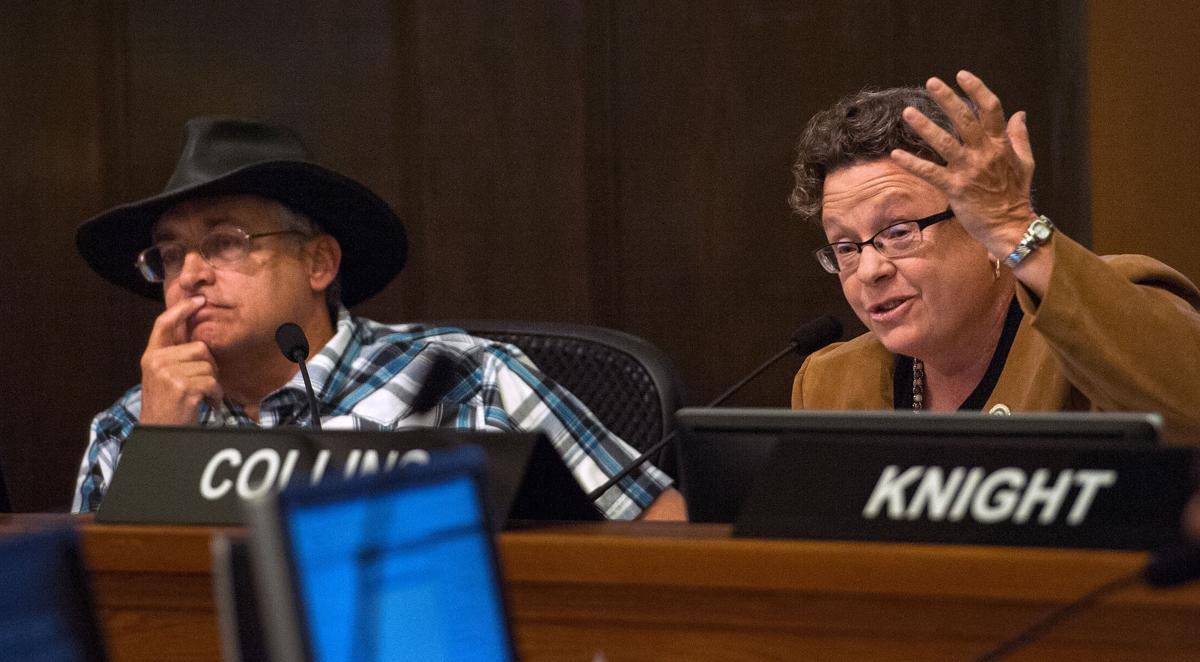 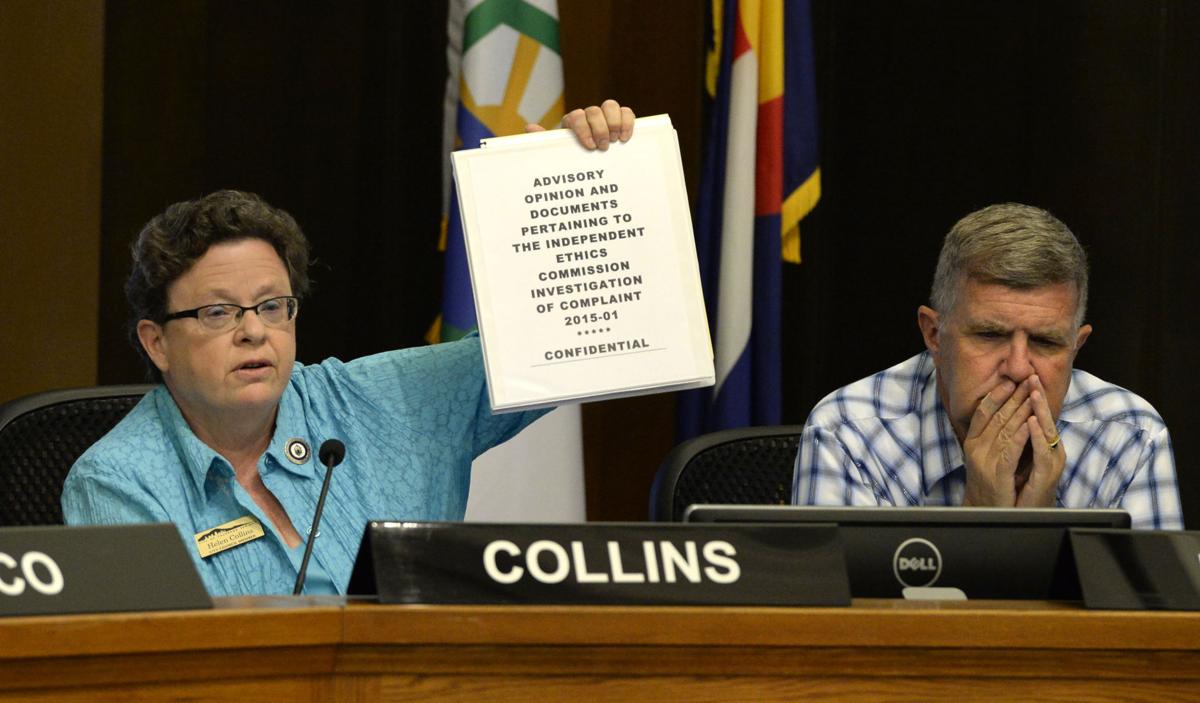 City councilwoman Helen Collins holds up a binder of information relating to the ethics commission investigation of her in 2015 in council chambers. Collins said she was not given the recommendations from the outcome of the investigation. At right is councilman Don Knight. Photo by Mark Reis, The Gazette 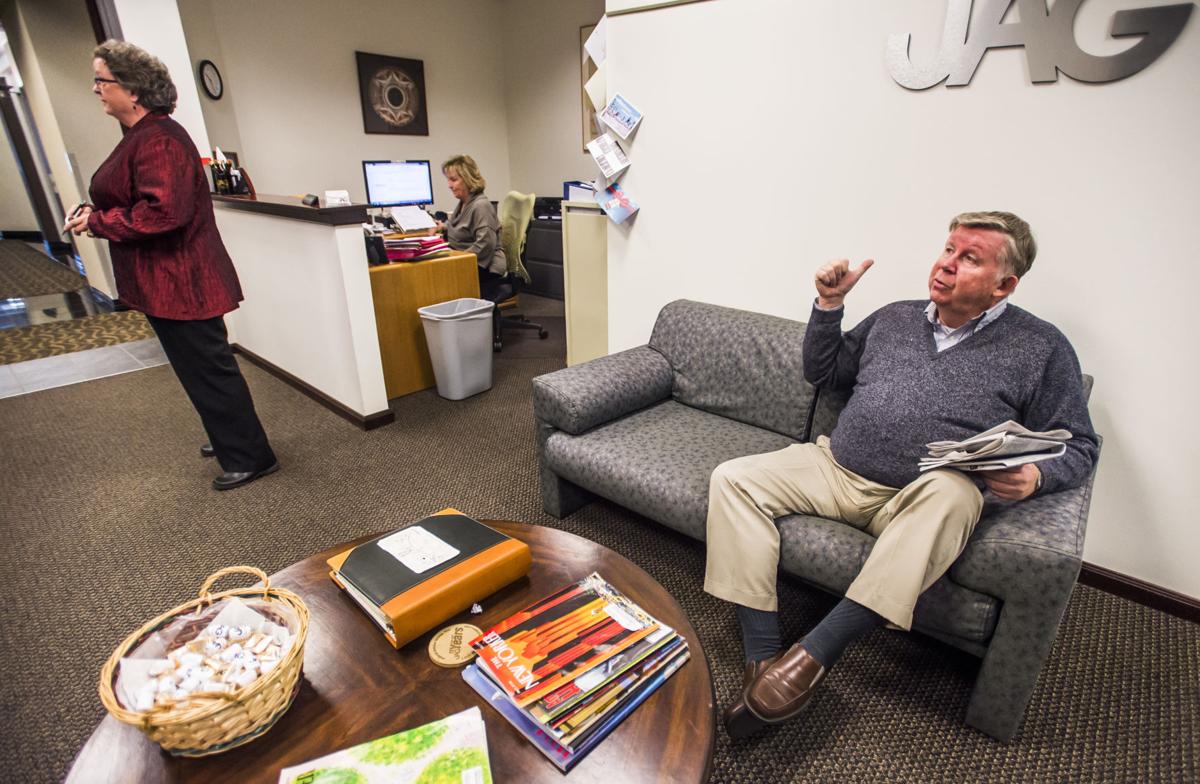 Helen Patrice Collins, a former Colorado Springs city councilwoman who drew attention — and public censure — for her political and personal alliance with anti-tax crusader Douglas Bruce, has died. She was 64.

“Helen Collins was someone who dearly loved the city of Colorado Springs and held fast to her beliefs,” Mayor John Suthers said through his spokeswoman. “While I may not always have agreed with her on political issues, she was a person who honorably served her nation, she was a wonderful musician, she gave back to her community and her faith community, and we send our deepest condolences to her friends and family.”

Collins was proud of trying to thwart increased taxes and fees

A Navy veteran who worked in intelligence and cryptology, Collins entered the public eye in 2011 as a political acolyte of Bruce, the author of the Taxpayer's Bill of Rights, joining him on a five-person slate of candidates that he organized.

Calling themselves the Reform Team and touting fiscal restraint, they pledged to put their spurs in City Hall’s ribs by voting as a bloc to rein in what they called reckless spending.

Their proposed shakeup fizzled when all five lost their bids for office, but Collins ran again in 2013, and she was elected to represent the city’s southeast side.

She emerged as a frequent “no” vote on council, breaking with fellow members over spending initiatives large and small while facing continuing criticism for her ties to Bruce, by then a convicted felon serving probation for tax evasion.

In 2015, she survived a recall effort by constituents angry about her association with Bruce.

After entering public service under Bruce’s wing, Collins left it under the cloud of ethics violations related to her association with Bruce.

In February 2016, a city hearing officer found that Collins engaged in fraud, abuse and corruption in government and that she violated ethical standards and created the appearance of impropriety in real estate dealings with Bruce.

The civil ethics code violations were brought by the city’s Independent Ethics Commission, which alleged that Collins took temporary possession of a condominium Bruce was selling to help him avoid payment of a $7,569.61 city lien.

The only available sanction was an official reprimand by the City Council. Collins could not be fined because she did not financially benefit from her violations, and council policy did not permit her to be suspended or ousted from her elected office.

The council voted 6-1 to censure her in March 2016. Thirteen months later, she was defeated in her bid for a second term by challenger Yolanda Avila.

Bruce, who has for years portrayed himself as a victim of political bias, called the ethics ruling unfair and said Collins was targeted because of his "politically generated infamy."

“She had a great heart,” Bruce said. “What happened to her in the later years of her life — I don’t feel responsible for it, but I regret that our corrupt City Hall blamed her and attacked her to get at me for something that was not illegal or unethical.”

Boyd Boland, a retired U.S. magistrate judge, was dismissive of Bruce’s and Collins’ explanations for their temporary land deal at her two-day hearing, saying their claims it was innocent were “incredible.”

Bruce on Sunday remained defiant on his protégé’s behalf, saying Collins should be remembered for her “honesty and integrity."

“She led a virtuous life,” he added. “She was most proud of her long career in the Navy.”

Collins was an “incredibly strong woman,” said city spokeswoman Jamie Fabos, who attended the same church as Collins and served in the praise band with her.

“I always looked forward to seeing her on the synthesizer at Sunday morning worship,” Fabos said. “I will miss her dry sense of humor, and her musical talents.”

Critics lash out at City Councilwoman Helen Collins for her many "no" votes on council issues, but Collins is proud to be ever-mindful of her low-income constituents in southeast Colorado Springs District 4.