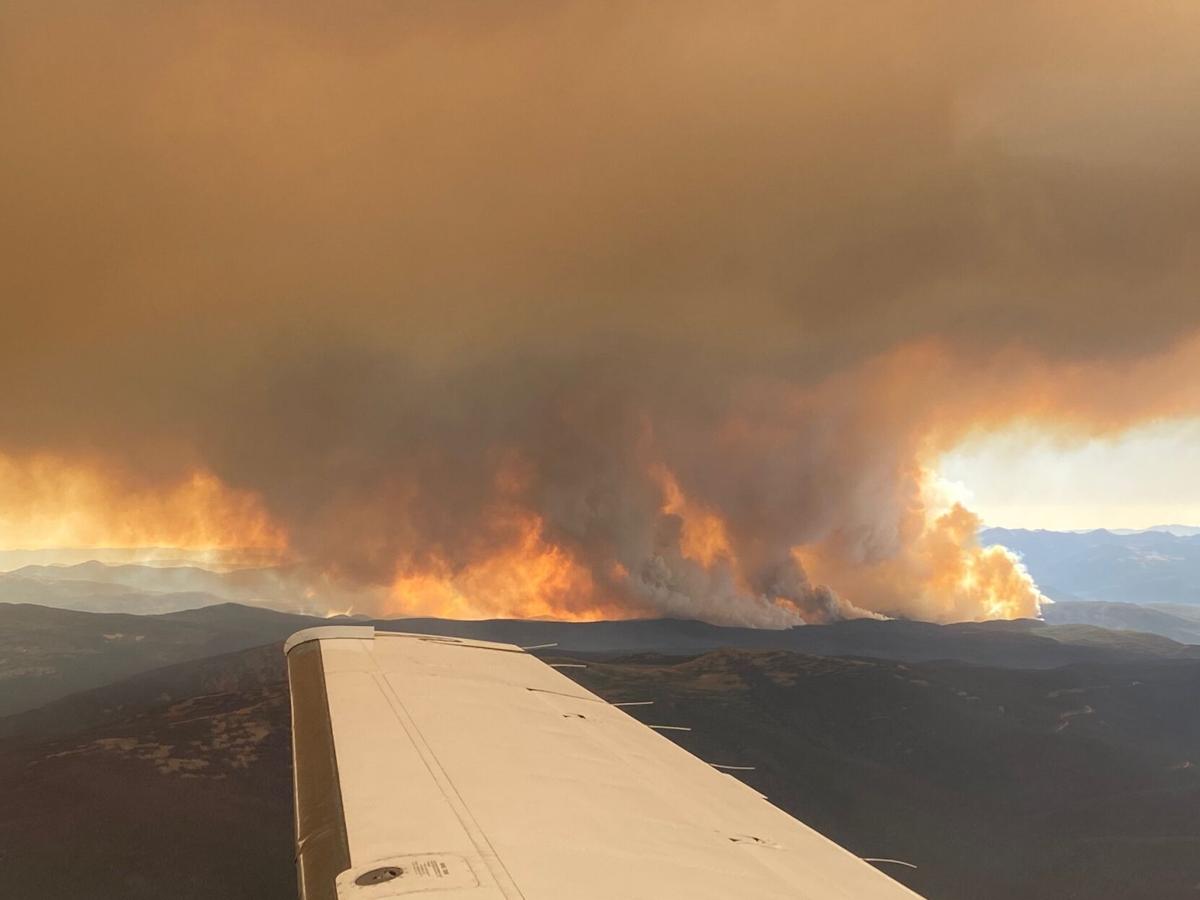 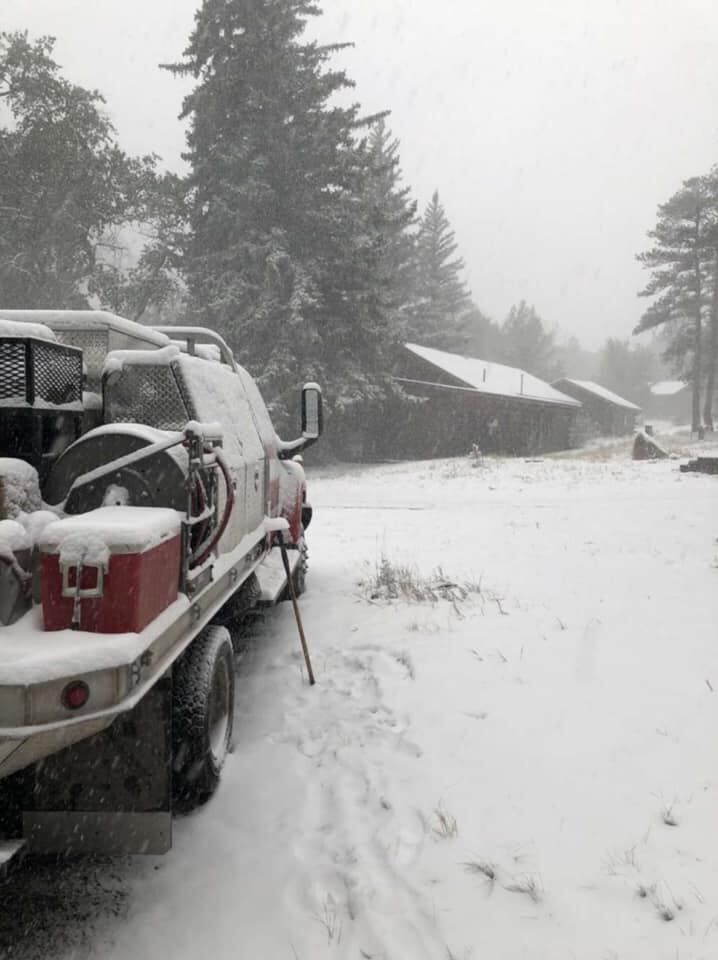 The late-summer storm delivered a window of opportunity for crews battling the blaze west of Fort Collins.

The late-summer storm delivered a window of opportunity for crews battling the blaze west of Fort Collins.

Up to 14 inches of heavy, wet snow carpeted sections of the Cameron Peak fire on Wednesday, stalling the growth of the state's fifth-largest fire.

The late-summer storm delivered a window of opportunity for crews battling the blaze west of Fort Collins, which as of Wednesday night remains at 102,596 acres, the Rocky Mountain Incident Management Team said.

With the help of 228 additional firefighters — bringing the size of the force fighting the fire to 1,057 — the day's efforts focused on bolstering containment lines in a bid to gain headway on the blaze, which remains 4% contained.

Crews also used the snow to take the offensive by extinguishing spots of smoke and flames around the fire's perimeter.

While the snow adds moisture to the vegetation it can also pose additional challenges for firefighters.

"Some of the roads are impassable," said Paul Bruggink, a spokesman for incident management team. "It adds in another layer of complication."

Dead trees toppled under the weight of the snow can also create hazards for firefighters, Bruggink said. In some cases, the snow can pile up on logs and downed trees while the fire, undeterred by the pile-up, still smolders underneath.

Despite progress crews made during the snow, it will not be enough put an end to the fire as temperatures are expected to approach the 70s with sunny skies by the end of the week, officials said.

As the heat returns, logs and dead trees will start to dry out and continue the fuel the fire. Some areas could even reignite, Bruggink said.

Damage assessment teams plan to survey the damage to structures around Highway 14 on Thursday and evaluate structures around Monument Gulch later this week. But access may be limited due to fallen trees and power lines, the Larimer County Sheriff's Office tweeted.

Larimer County Sheriff Justin Smith said the exact number of damaged structures around Highway 14 was unknown but believed to be low in number. That's in contrast with the Monument Gulch area, where damage to structures was believed to be extensive.

Overnight Tuesday, just under an inch of snow fell on the Pine Gulch Fire near Grand Junction — the largest wildfire in the state's history — allowing crews to reach 95% containment of the 139,007-acre blaze, according to the fire's Facebook page.

There was no change in size of the fire as of Wednesday night.

"Yesterday's moisture helped further moderate fire behavior. Fire personnel are mostly away from fire lines until conditions on the ground dry to allow better access. Suppression and suppression repair activities will resume when dry conditions are met," the update reads.

What will cold mean for fall foliage in Pikes Peak region and beyond?

As devoted leaf peepers of the Pikes Peak region were dreaming of gold Tuesday, they woke up instead to white.