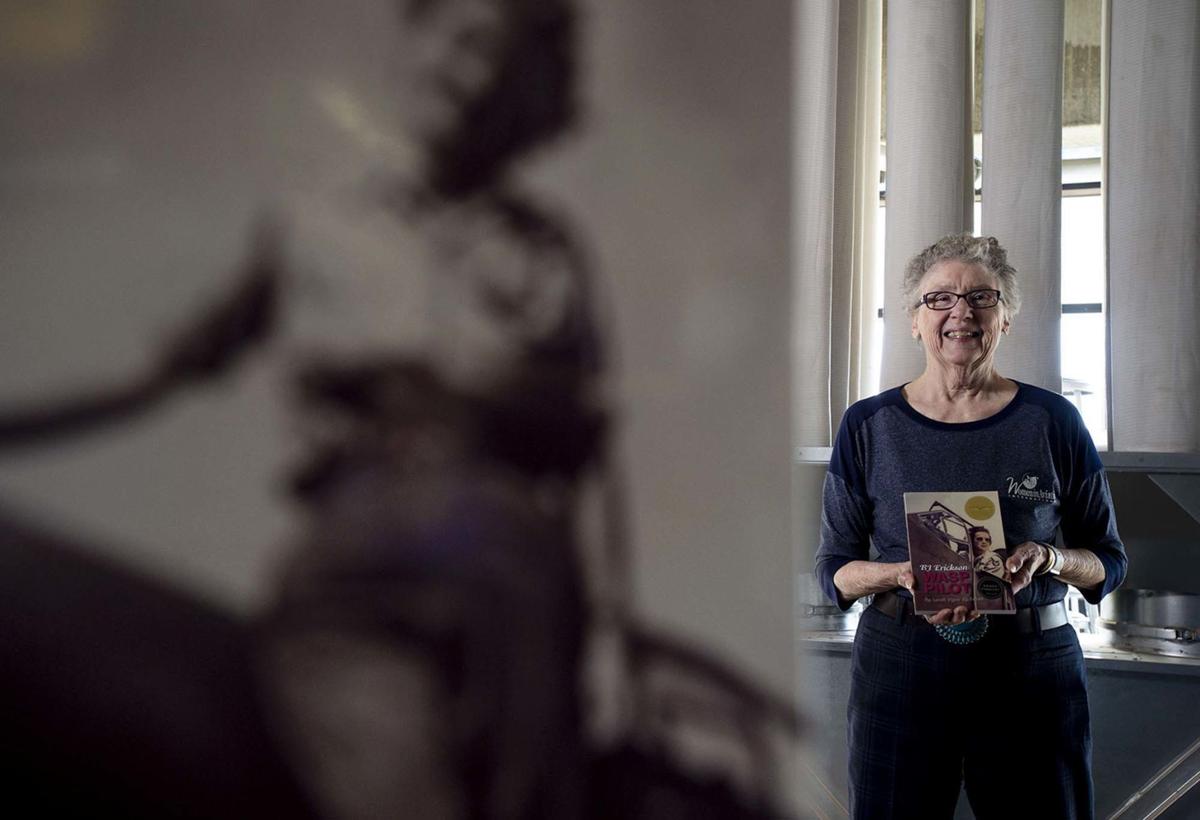 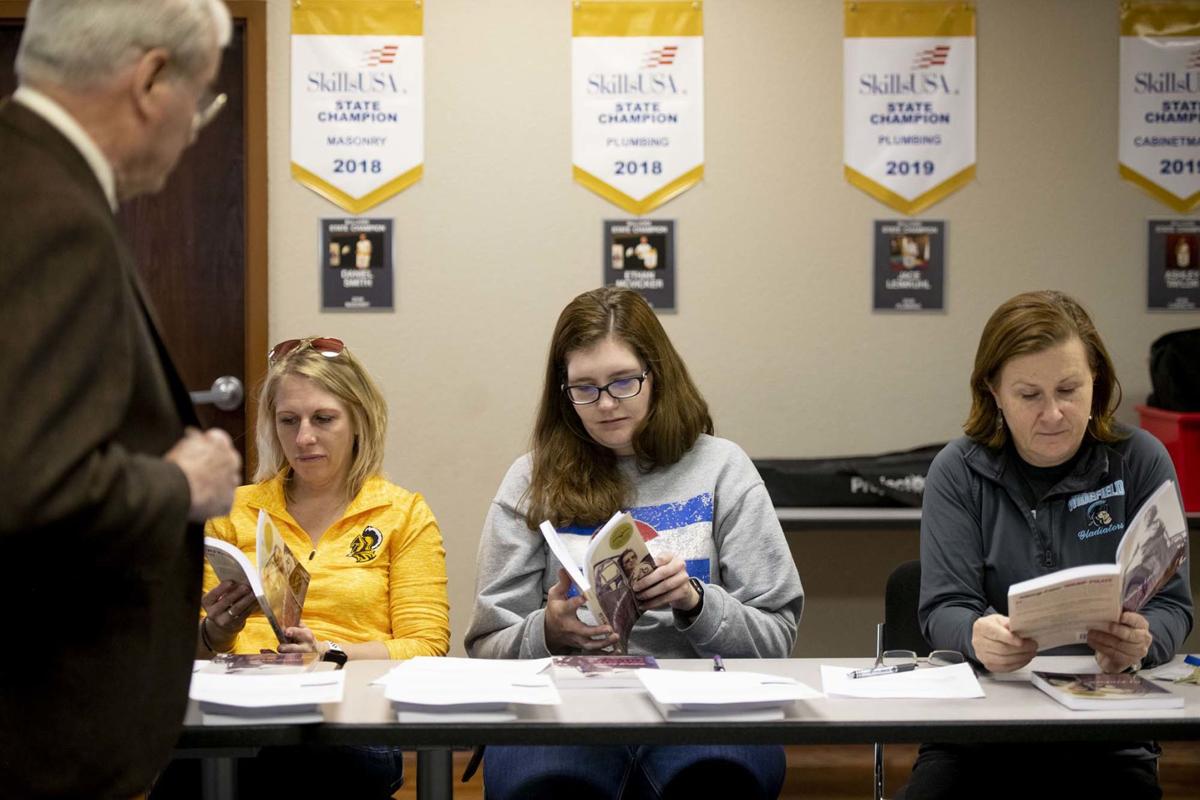 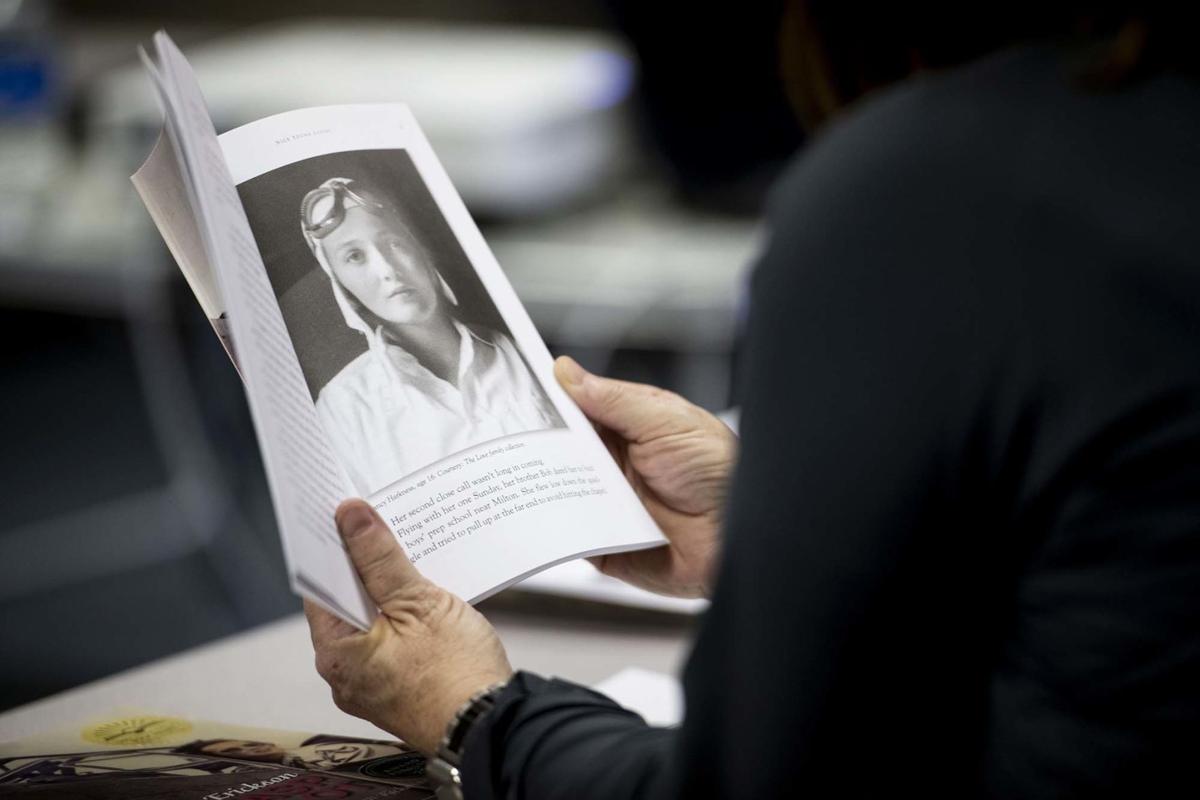 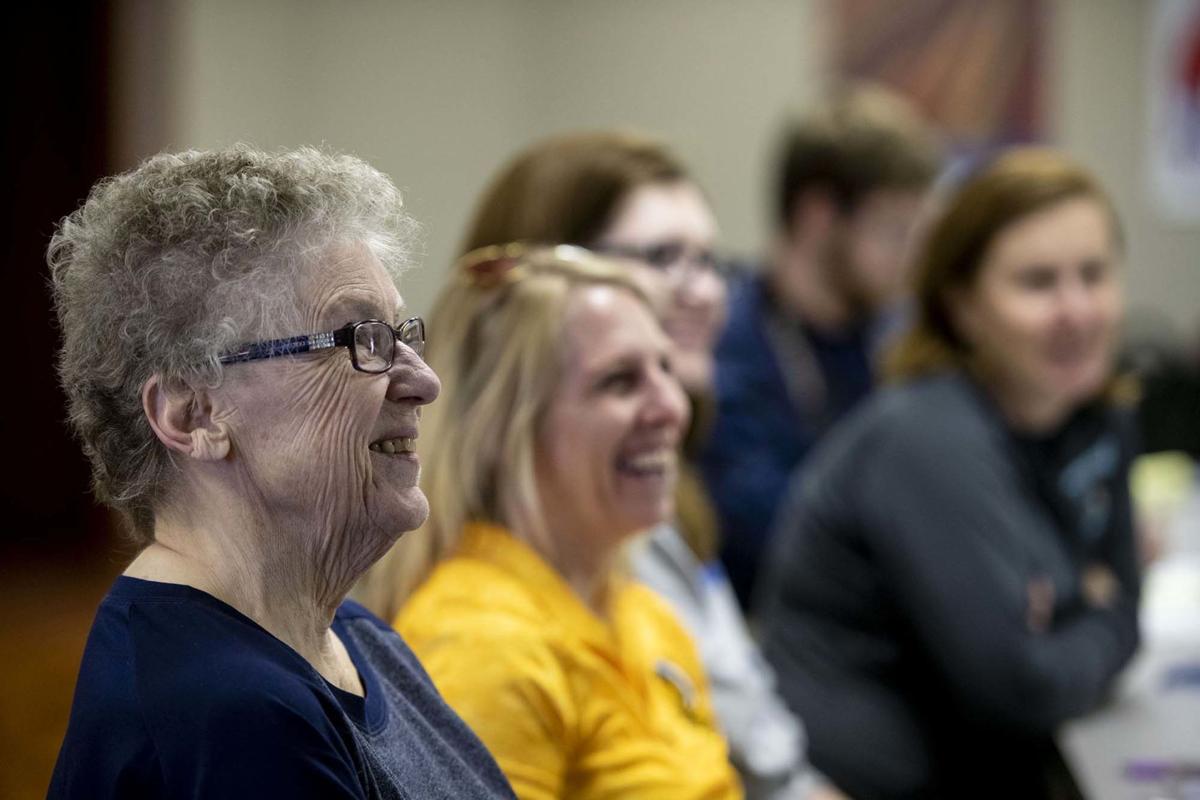 Young women of the 1940s weren’t so different from young women of today. That's what Colorado Springs author Sarah Byrn Rickman set out to prove in a new volume of books for ages 10 and up.

The 1,102 Women Airforce Service Pilots who flew military aircraft stateside during World War II were brave, dogged trailblazers pursuing their passion of kissing clouds while doing their part, as she illustrates in her “WASP Pilots” series.

“The WASP of World War II that I write about are worthy role models,” the 83-year-old Rickman said. “To know what they faced and what they did — their stories — is to see that success in the STEM (science, technology, engineering and math) world is doable.”

She donated on Friday her first two WASP biographies in the young-adult genre to junior high and high schools in Widefield School District 3. Librarians accepted the books at the MILL National Training Center, a joint vocational education campus of Widefield D-3 and Peyton School District 23.

Falcon High School in School District 49 also recently received copies of Rickman’s books, courtesy of donations from the local chapter of the Experimental Aviation Association and several chapters of the Ninety-Nines, an international organization for recreational and professional female pilots.

Rickman also is using part of her prize money from winning the 2019 Combs Gate Award from the National Aviation Hall of Fame to ensure the books not only get read by young women and men but also are used as part of their studies.

“Her goal is to help girls appreciate and understand the aviation industry and how it’s not just male-dominated,” said Nikki Carter, career and technical education director at Widefield D-3.

To that end, one of the district’s middle schools is considering incorporating the books into an existing course on flight and space, Carter said.

“That course is typically more boy-driven,” she said. “The thought is these informative, historical books will inspire girls to look outside the box.”

The Last of the Greatest: A collection of WWII stories

Women remain a small percentage of the workforce in every area of aviation, Rickman said. But like the WASP pilots, ability, skill and tenacity pay off for contemporary women who want to work in the industry, she said.

The biographies of BJ Erickson and Nancy Love, published by Filter Press of Palmer Lake, attest that the pursuit of flight isn’t bound by gender, Rickman said. The women were among the first 28 to earn their silver wings and fly for the Women’s Auxiliary Ferrying Squadron, which transported military planes across country in preparation for fighting overseas.

The group grew to become WASP. Rickman met her first WASP 30 years ago.

“Through her, I met the woman who became my mentor, and she was one of the original 28,” Rickman said. “She asked me to write their stories because nobody knew about them. They shut down their records at the end of the war.”

Rickman specializes in relating the experiences of the ferry pilots because “it was the most important job the WASPS did.”

The women, ages 19 to 35, were hired as civilians to fly small, single-engine trainer aircraft from the factories to United States training fields.

“They got pretty daggone good at it,” Rickman said.

The female pilots pushed to be allowed to fly the larger fighter aircraft — and won.

“Now you’re talking about a one-seater, one-cockpit plane,” Rickman said. “They were fast, powerful and tricky to fly. Not everybody could handle them, but these women proved they could do it.”

The planes primarily landed at a dock at Newark, N.J., and from there went to England to fight against Germany. Some were sent to the Pacific.

“These planes would protect the bombers, which became their primary task,” Rickman said.

In total, 134 women worked as pursuit ferry pilots. Of the 1,102 WASPs, 31 are still living, she said, adding that she personally knew seven. Her first adult book, “The Originals: The Women's Auxiliary Ferrying Squadron of World War II,” published in 2001, tells the story of the first 28 women pilots and is the basis for her other books. Rickman also won the 2009 Combs Gates Award for her book "WASP of the Ferry Command: Women Pilots, Uncommon Deeds."

Rickman, a former newspaper journalist and editor, has always been fascinated with both writing and flying.

“I wanted to learn how to fly since I read about Amelia Earhart when I was 13,” she said.

Earhart, the first female aviator to fly solo across the Atlantic Ocean and whose plane went missing over the Pacific Ocean in 1937, helped form the Ninety-Nines organization.

After meeting WASP women, Rickman learned to fly. She’s written nine books about the WASP patrols, with the last two being the young adult biographies. The third book in the series is nearly completed, she said.

“If you want female examples of women doing STEM stuff, well, here they are,” Rickman said.”We need for girls to know you have to work just as hard today as the people back then had to.

“These women are the great-grandmothers of girls today. We’re trying to show them that grandma did all right.”

Clarence Smoyer was feted in Colorado Springs on Monday as one of the last heroes left from World War II.