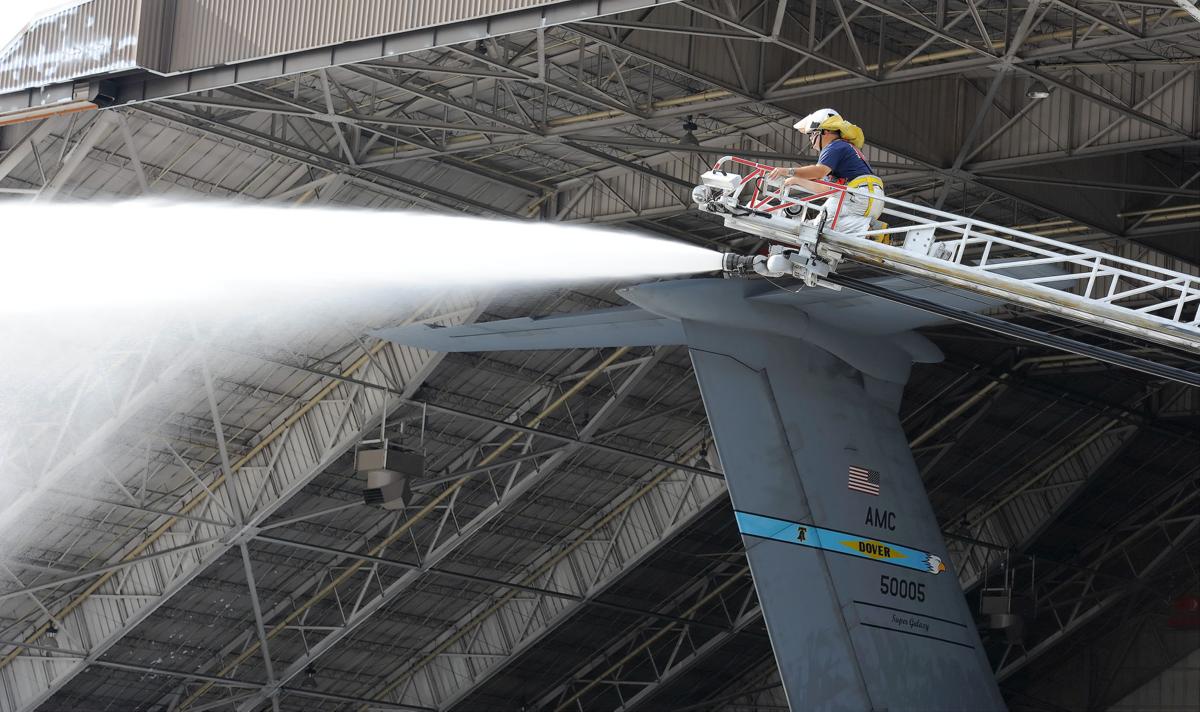 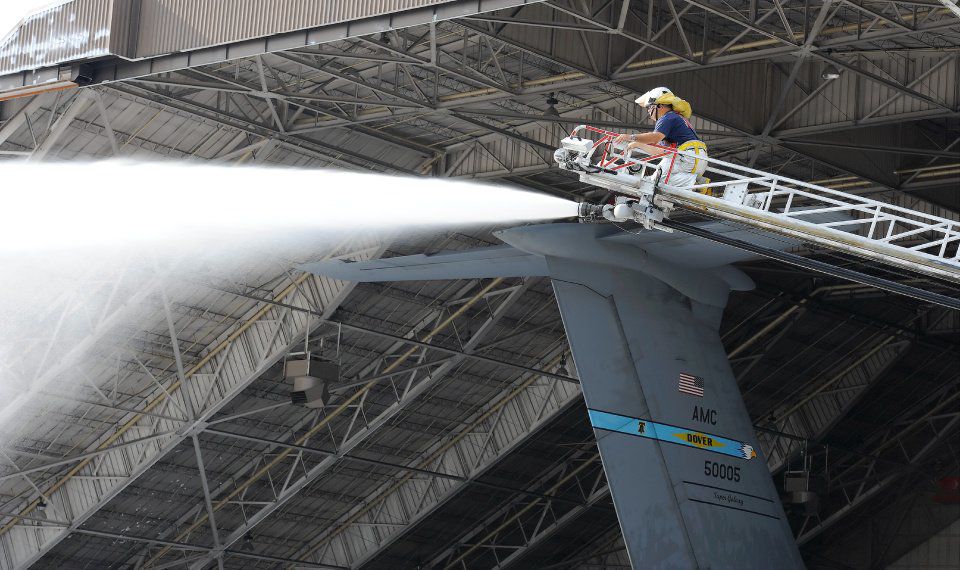 Gov. Jared Polis signed 23 bills into law Monday — including bans on certain kinds of firefighting foam — on his last day to act on bills from the 2019 legislative session.

The bill was signed in Arvada and not in El Paso County, much to the consternation of one of its sponsors, Rep. Lois Landgraf, R-Colorado Springs.

The foam contaminated Fountain’s water supply, and it has since installed filters to deal with problem.

“It’s an insult” not to sign the bill there, said Landgraf, because the bill has everything to do with Fountain area water. Her bill co-sponors were Democrats Sen. Pete Lee and Rep. Tony Exum, both of Colorado Springs, and Republican Sen. Dennis Hisey of Fountain.

HB 1279 bans Class B firefighting foams that contain “intentionally added” per- and polyfluoroalkyl substances, also known as PFAS. Such chemicals were used for decades at Peterson Air Force Base in Colorado Springs and have been found in the nearby Widefield aquifer, which serves Security, Widefield and Fountain.

The foam was sprayed on the ground and used in a firefighting training area that was flushed into the Colorado Springs Utilities treatment system, which was ill-equipped to remove the chemicals. The effluent ended up in Fountain Creek, which feeds the Widefield aquifer.

The Air Force since has replaced that foam with a new version that the military says is less toxic, though it still contains perfluorinated chemicals.

In Salida, Polis signed House Bill 1264, which is intended to resolve some of the long-standing problems with the state’s conservation easement program.

Landowners say the Colorado Department of Revenue revoked tax credits awarded to those who entered into conservation easements with land trusts, with more than 800 credits revoked from the 4,000 granted in the program’s first 15 years.

HB 1264 is intended to make the program more transparent, with a warning to landowners that easements are in perpetuity. The bill also requires the Division of Conservation Easements, within the Department of Regulatory Agencies, to set up a committee to determine how to repay those tax credits.

The committee is to hold its first hearing June 25, an addition to the bill made by Sen. Jerry Sonnenberg, R-Sterling.

Legislative leaders in both parties are to appoint the committee members, and lawmakers say they intend to include representatives for those who have been denied tax credits as well as other program critics.

Rep. Jim Wilson , R-Salida was one of the bill’s House sponsors. He also was sponsored several other measures signed by Polis on Monday, including Senate Bill 189, which reauthorizes the state’s advisory board on concurrent enrollment for school students take post-secondary courses, and Senate Bill 179, which provides $1.15 million for the state’s Enhance School Safety Incident Response Program.

HB 1110 sets up a media literacy task force at the state Department of Education to recommend curriculum to help students learn about various media and the role they play in society. The recommendations are due back to the General Assembly’s education committees by Jan. 1.

HB 1324 establishes an expedited process for courts when handling so-called SLAPPs (strategic lawsuits against public participation), which critics say are used to silence people who speak out against business and government.

The defendant also can win attorneys’ fees under the law, which takes effect July 1.

“These lawsuits are an abuse of our judicial system — to threaten people and instill fear in them,” Cutter said in a statement. “We should not be using the court systems against people, especially low-income people, who are simply exercising their right to speak up, and this new law ensures that.”

Many Security, Widefield and Fountain residents have extremely high levels of toxic chemicals in their bodies compared with other Americans, a…