Gov. Jared Polis granted a mass pardon Thursday for 2,732 convictions for those who had an ounce or less of marijuana in their possession.

The pardons, granted through executive order, are the result of House Bill 1424, which authorizes the governor to grant pardons for those convicted of possessing up to two ounces of marijuana. However, Thursday's pardons are for lesser possession convictions. People convicted in municipal marijuana crimes or by summons are not included in Thursday's pardons.

Possession of one ounce or less of marijuana is no longer a criminal offense in Colorado, according to the executive order. Convictions forgiven through the pardon range from petty offenses to felonies.

“We are finally cleaning up some of the inequities of the past by pardoning 2,732 convictions for Coloradans who simply had an ounce of marijuana or less," Polis said in a statement. "It’s ridiculous how being written up for smoking a joint in the 1970’s has followed some Coloradans throughout their lives and gotten in the way of their success.

"Too many Coloradans have been followed their entire lives by a conviction for something that is no longer a crime, and these convictions have impacted their job status, housing, and countless other areas of their lives," the governor explained. "Today we are taking this step toward creating a more just system and breaking down barriers to help transform people’s lives as well as coming to terms with one aspect of the past, failed policy of marijuana prohibition.”

People who want to see if their records have been expunged can go to the Colorado Bureau of Investigations' marijuana pardons website. 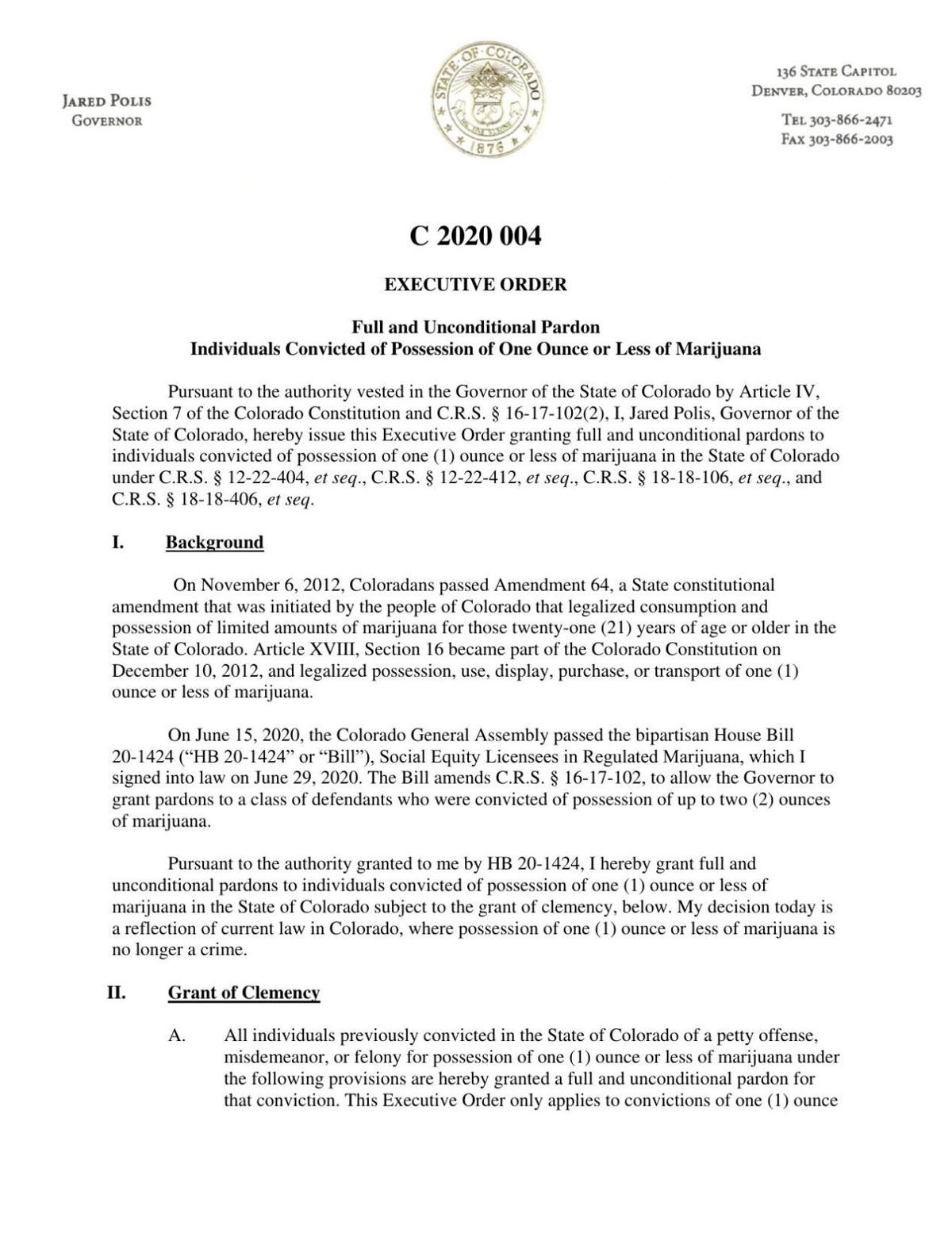 Across Colorado delivery drivers may soon be dropping off medical marijuana to patients, but not in Colorado Springs where the city council de…