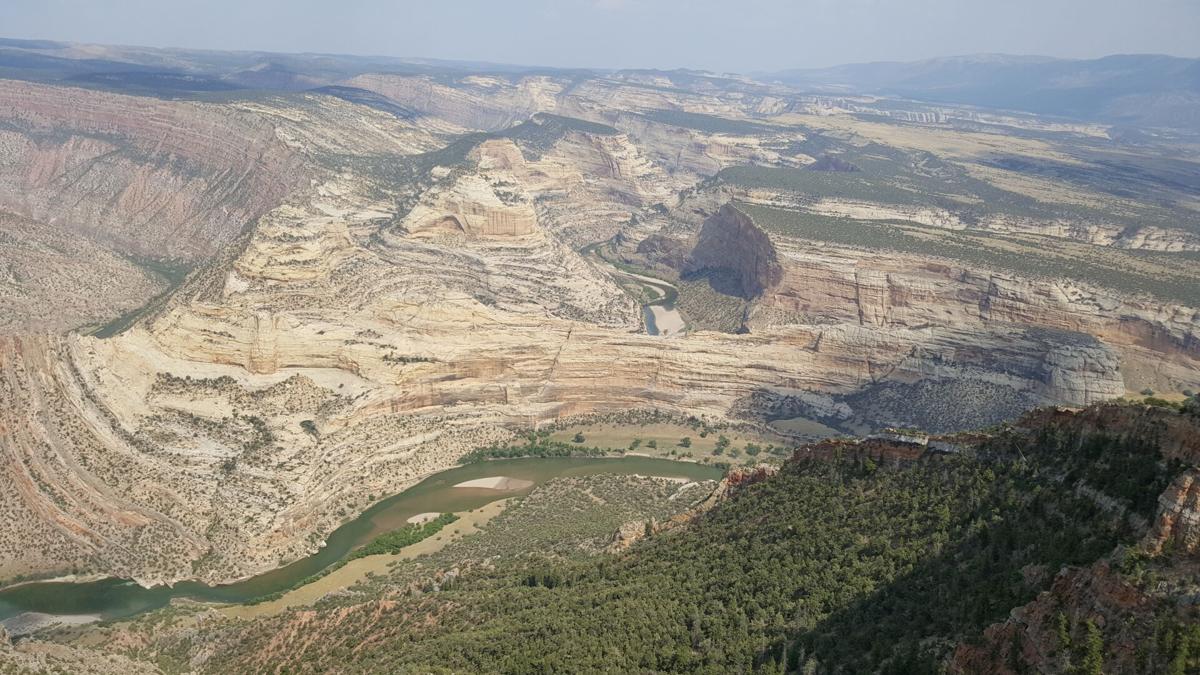 A canyon at Dinosaur National Monument. The view is blurred by smoke from fires in the region. 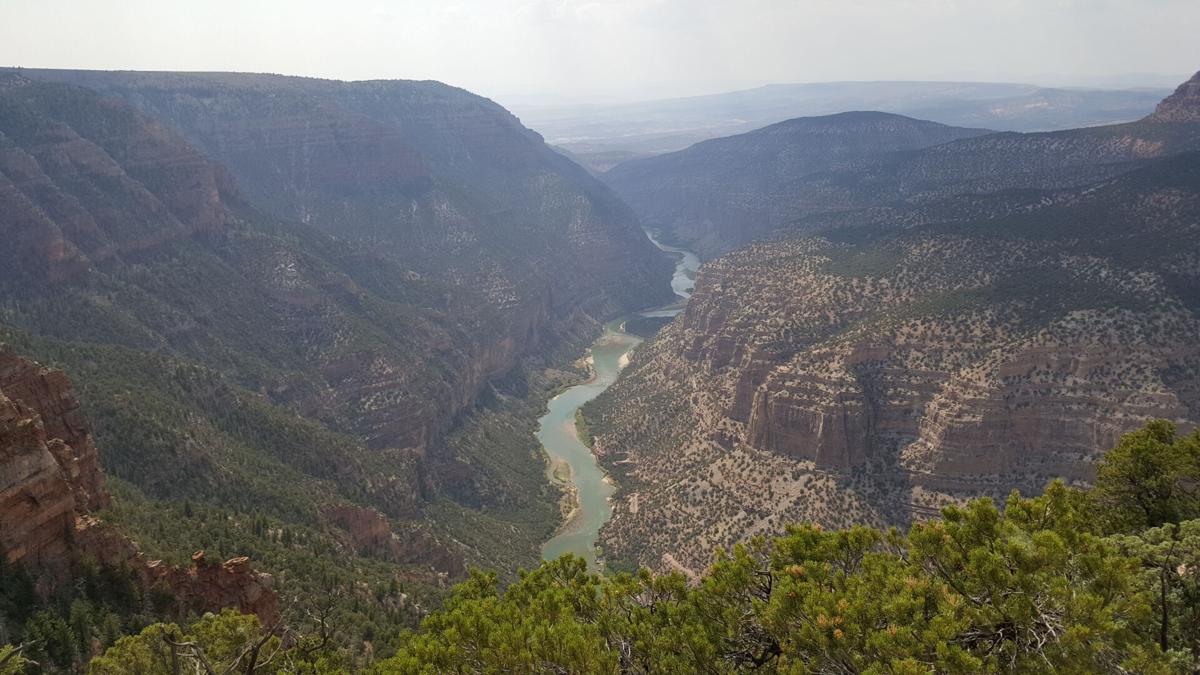 A canyon at Dinosaur National Monument. The view is blurred by smoke from fires in the region. (Photo by David Ramsey) 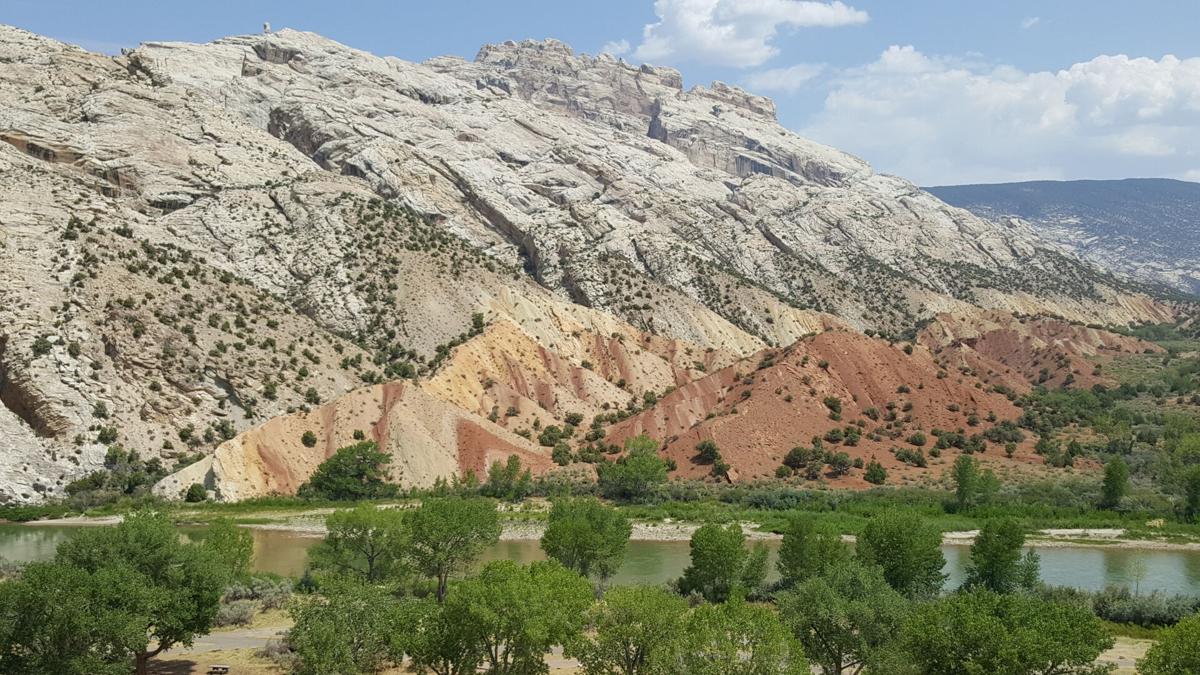 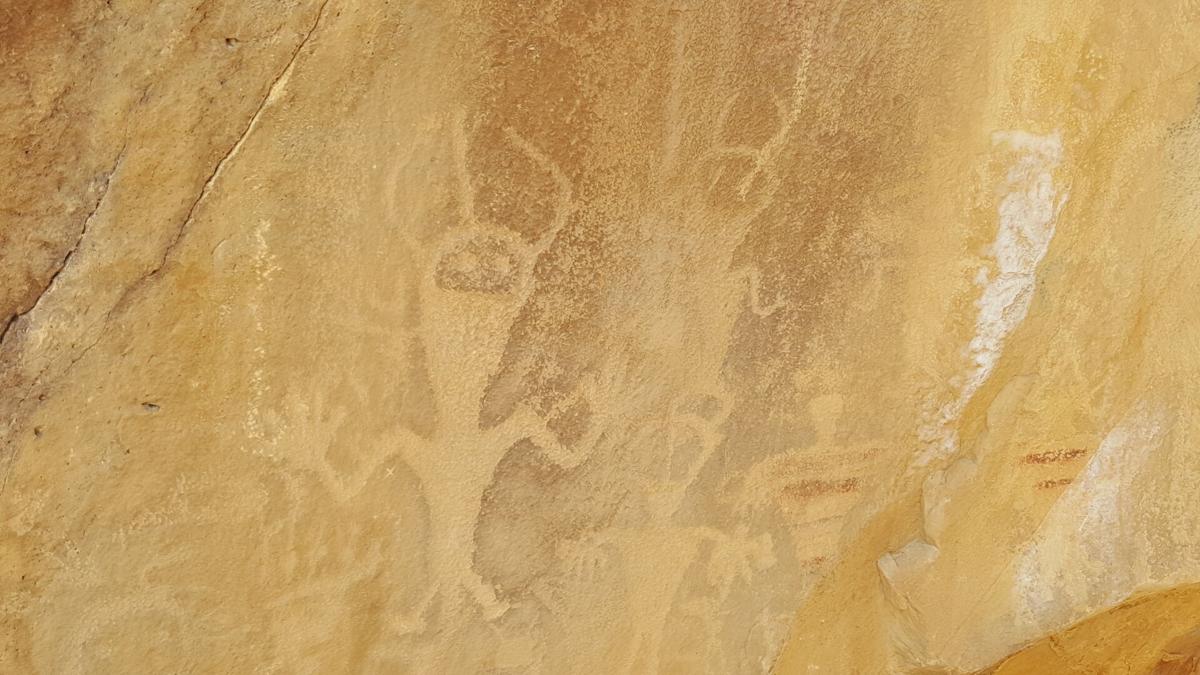 A canyon at Dinosaur National Monument. The view is blurred by smoke from fires in the region.

A canyon at Dinosaur National Monument. The view is blurred by smoke from fires in the region. (Photo by David Ramsey)

Harpers Corner Road, off Route 40 in Colorado’s extreme northwest corner, is steep and lonely and winding and demands complete attention from the driver. It ranks — and I know this might start an argument — as the finest dead-end road in our state.

I often ask Colorado Springs friends if they have taken the 31-mile drive on Harpers Corner Road to see the canyons created by the Yampa and Green rivers. I almost always get the same reaction: There are canyons in dinosaurland?

At Harpers Corner, elevation 7,580 feet, I spent a solitary 67 minutes on an August afternoon at the canyon overlook. This, remember, is the showcase spot in the monument. Imagine standing by yourself for an hour on the south rim of the Grand Canyon on a summer day.

During that stretch at Dinosaur, I pondered what almost happened to this view. In 1953, Interior Secretary Douglas McKay announced support for a 525-foot dam to be built slightly to the east of Harpers Corner.

Then, as now, the canyons of Dinosaur National Monument were far from busy roads and big cities. The canyons were lightly visited, and their peaceful, secluded atmosphere left them highly vulnerable. Would future visitors to Harpers Corner look at a 400-foot-deep artificial lake?

Righteous outrage followed. David Brower, president of the infant Sierra Club, led a crusade to, in Timothy Egan’s words, “save a magical place . . . from the idiocy of a federal government plan to flood it behind a massive dam.”

But this battle concerned more than one beautiful stretch of America. It was a battle for the sanctity of the entire National Park System. If a dam could be built in the middle of Dinosaur National Monument, all the park system was in danger of being pulverized by temporary, often empty concerns. Remember, each of us own our public lands. We serve as guardians and protectors.

“The axiom,” Brower wrote, “for protecting the Park System is to consider that it is dedicated country, hallowed ground to leave as beautiful as we have found it, and not country in which man should be so impressed with himself that he tries to improve God's handiwork.”

This battle for America’s soul was also a battle for President Dwight D. Eisenhower’s approval. At first, President Ike seemed to lean in favor of the dams, although it was hard to tell. Ike walked through life as a man of mystery.

Slowly, though, the crusade gained momentum. Novelist Wallace Stegner joined Brower in the struggle and together they crafted “This Is Dinosaur,” a book of essays and photos. They made sure members of Congress saw images of Dinosaur’s rugged and distinct canyon beauty.

Brower and Stegner and you and I and our grandchildren and their grandchildren won the struggle. In April 1956, President Eisenhower signed a provision saving the view at Harpers Corner while specifying no dam could be built within the National Park System. With his pen, Ike rescued the canyons of Dinosaur.

Seconds after departing my car on Thursday to start the hike to Harpers Corner, I encountered a visitor from Houston. He was wearing a Los Angeles Dodgers cap, and he was weary after his two-mile high-altitude walk to the overlook. His name is Darren.

“This is one of the four or five best places in America!” he said as I nodded in agreement. “And almost nobody knows about it!”

Well, now you know. Dinosaur National Monument is worth the 370-mile journey from Colorado Springs. A visitor can see the quarry where 350 tons of dinosaur bones were removed and where a few tons remain, embedded in stone. A visitor can examine petroglyphs and pictographs created by Native Americans 1,000 years ago.

And, best of all, a visitor can escape to see gorgeous canyons. Dinosaur drew 304,468 visitors in 2018 and only a fraction took the long drive on Harpers Corner Road. The Grand Canyon is a sensational experience, but hardly solitary. Nearly 6 million visit The Big Canyon each year.

Most of us race through life at a speed limit that far exceeds our comfort level. Dinosaur is a place to slow down and take a deep breath while savoring a view that was almost forever taken from us.

When fall colors in Colorado are expected to peak in 2020

Fall foliage season is right around the corner in Colorado. Here’s a look at what you can expect for fall colors in 2020.