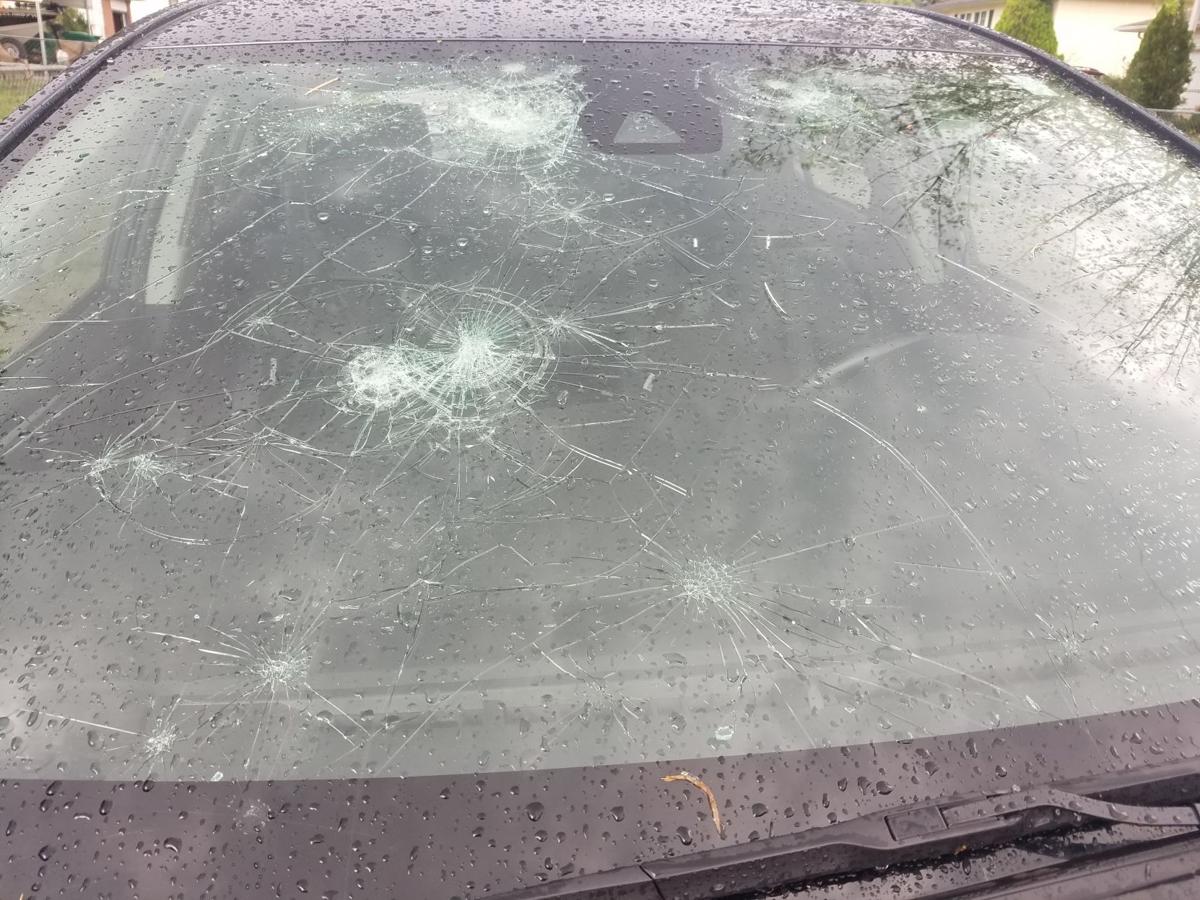 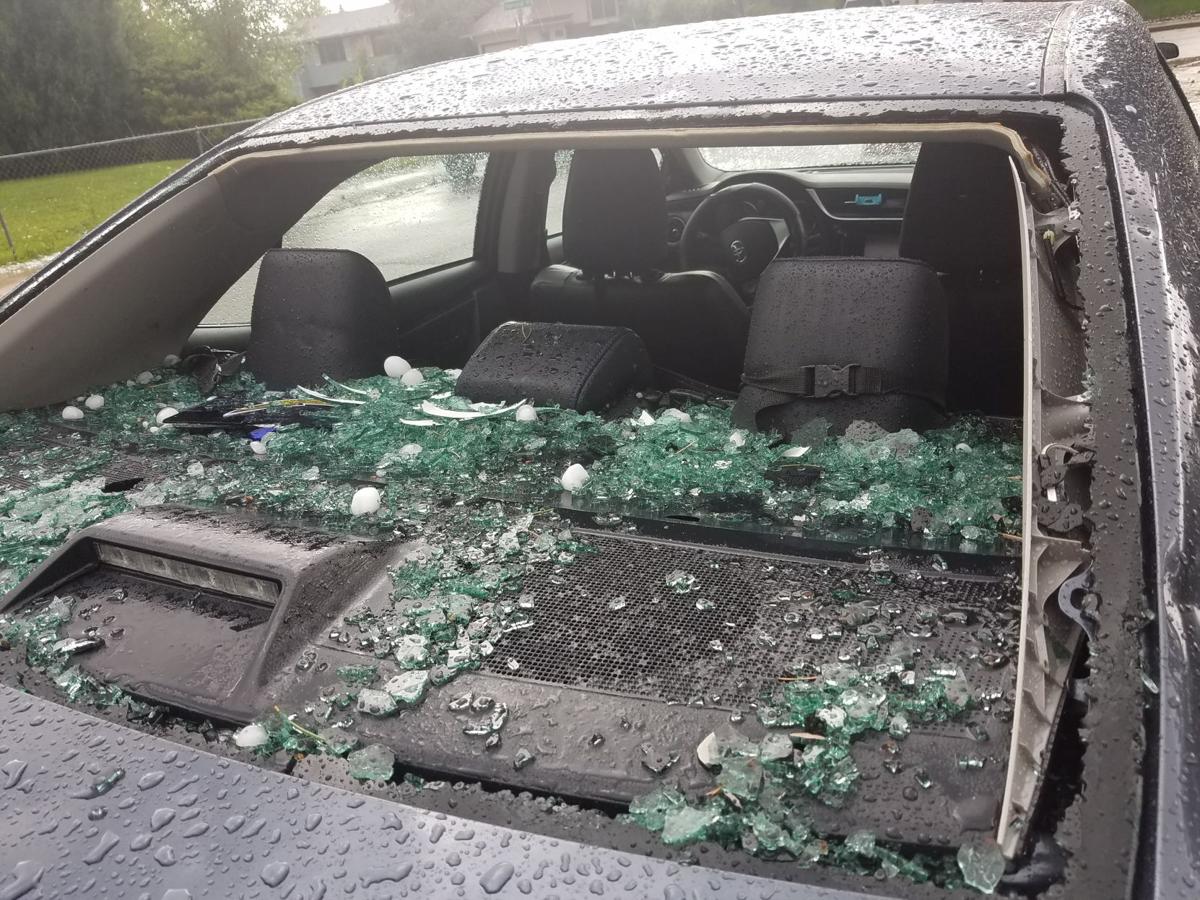 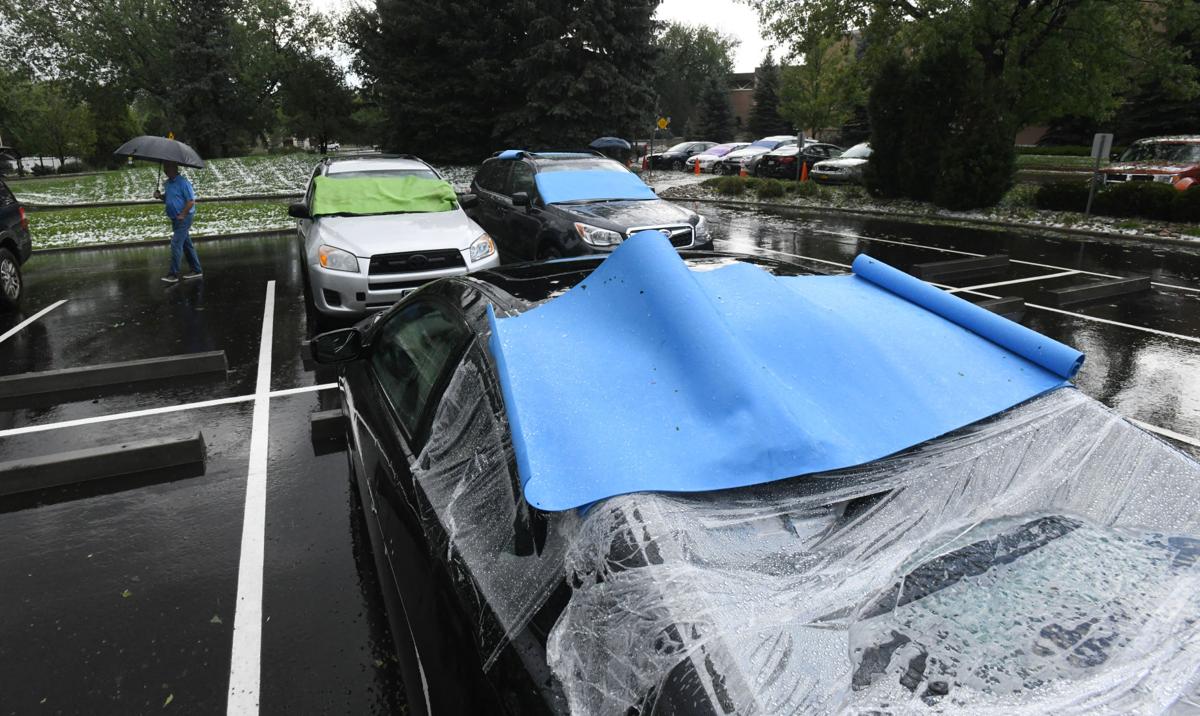 Yoga mats and plastic wrap cover the busted windows on vehicles at the World Figure Skating Museum and Hall of Fame where about a dozen cars were damaged by the hail storm on Monday, August 7, 2018. (Photo by Jerilee Bennett, The Gazette)

Yoga mats and plastic wrap cover the busted windows on vehicles at the World Figure Skating Museum and Hall of Fame where about a dozen cars were damaged by the hail storm on Monday, August 7, 2018. (Photo by Jerilee Bennett, The Gazette)

The storm that dropped baseball-sized hail on Fort Carson could go down as one of the worst storms in its history, post leaders said Tuesday.

Hailstones wrecked hundreds of cars, including much of the police and fire fleet for Fort Carson, and at least 750 housing units on the post were damaged. One motor pool building had 300 holes pummeled through its roof.

“This is like an artillery strike on the installation,” said Col. Brian Wortinger, Fort Carson’s garrison commander and a veteran of Iraq and Afghanistan.

Timeline of costly storms in 2018 around Colorado Springs, Fountain

Repairs still were ongoing from a June 13 hailstorm that caused $22 million in damage on the 135,000-acre post. Wortinger said Monday’s storm, with denser and larger balls of ice, was probably worse.

“Thank goodness there were no deaths,” Wortinger said.

One of the busiest buildings on the post, the Mountain Post Soldier’s Center, which houses administrative and personnel offices, was deemed unsafe after the storm and stayed closed Tuesday while crews worked on the roof. Wortinger said it will reopen Wednesday.

The colonel, who functions as Fort Carson’s landlord, said it could take a month to tally all the damage.

“We have no idea where this is going to wind up,” he said.

For Wortinger, the damage is personal: He took press questions after sweeping up broken glass in his house on the post, where five windows shattered during the storm.

Brady said a few cars were dented at the station, but serious damage wasn’t found. Engineers were going through buildings to check for any damage that wasn’t spotted Monday.

The heart of the station, though, is the underground Cheyenne Mountain Operations Center. It’s protected by a half-mile of granite and is designed to withstand a nuclear blast. Hail didn’t bother the crews underground.

At Fort Carson, though, it was a storm that will be talked about for years to come.

“It was definitely fist-sized,” Wortinger said of the hail. “We’re talking baseballs.”

Thousands of claims rolled into insurers Tuesday from a massive hailstorm Monday, unreserved rental cars were unavailable, and glass-, roof- a…