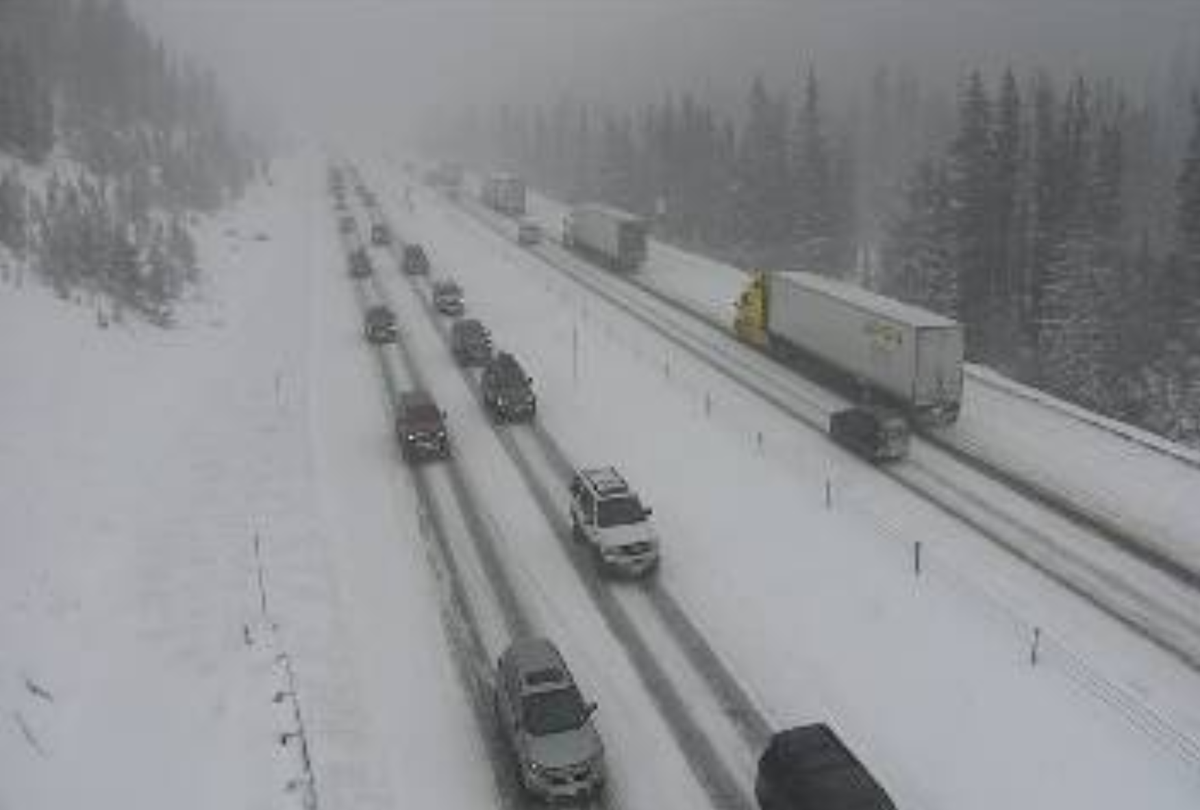 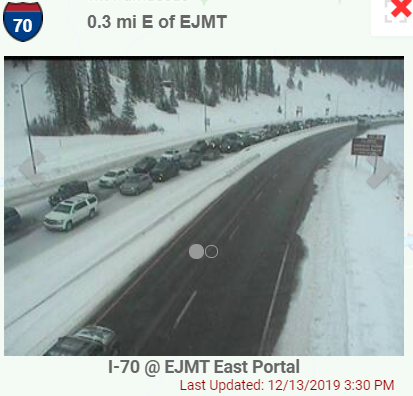 Traffic camera at I-70 shows major delays near Eisenhower Tunnel.

Traffic camera at I-70 shows major delays near Eisenhower Tunnel.

Skiers headed to the mountains for the weekend were greeted Friday with near whiteout conditions as a storm expected to drop 2 feet of snow in the mountains caused road closures and long delays.

Loveland Pass was closed as heavy snow began to cover the roads.

Eastbound lanes of Interstate 70 were closed near Vail, Colorado Department of Transportation reported. Though the lanes reopened about 1 p.m., they were closed again about 4 p.m. for hazmat trucks to go through Eisenhower Tunnel, CDOT tweeted. Multiple crashes were reported by Colorado State Patrol near mile post 205 in Silverthorne.

BIG SNOW continues in the Colorado Mountains with 2-3 feet total possible by the end of the weekend. Here is the scene from @LovelandSkiArea as skiers are flooding in! Highway 6 over Loveland Pass is closed due to avalanche mitigation #cowx pic.twitter.com/qSmci884Ma

Weekend snow on the way around Colorado Springs

The National Weather Service in Boulder issued a winter storm warning for the mountains into Saturday evening. Forecasters predicted between 1 to 2 feet of snow is possible in the eastern Sawatch and Western Mosquito mountain ranges through Saturday into Monday.

Travel in those areas could be “difficult to impossible” near the mountains. Blowing snow could significantly reduce visibility on the roads as wind gusts reach upward of 60 mph.

In Colorado Springs, there’s a 30% chance of snow after 11 p.m. Saturday. Between 2 to 4 inches are likely to accumulate as snow continues to fall through Monday, the National Weather Service reported.

“Confidence is high that eastern mountains and I-25 corridor will get snow, but the amounts remain in question,” the weather service office in Pueblo tweeted Friday evening.

A winter storm watch was issued by the weather service for the Sangre de Cristo and Wet Mountains, the Wet Mountain Valley, Fremont County, Pueblo County, Huerfano County, El Paso County, Teller County and central and eastern Chaffee County. The storm watch was in effect from late Saturday night through late Sunday night. The agency forecast 6 inches of snow in lower elevations and up to 8 inches in higher elevations.

Boy injured in shooting near Boston Market in Colorado Springs