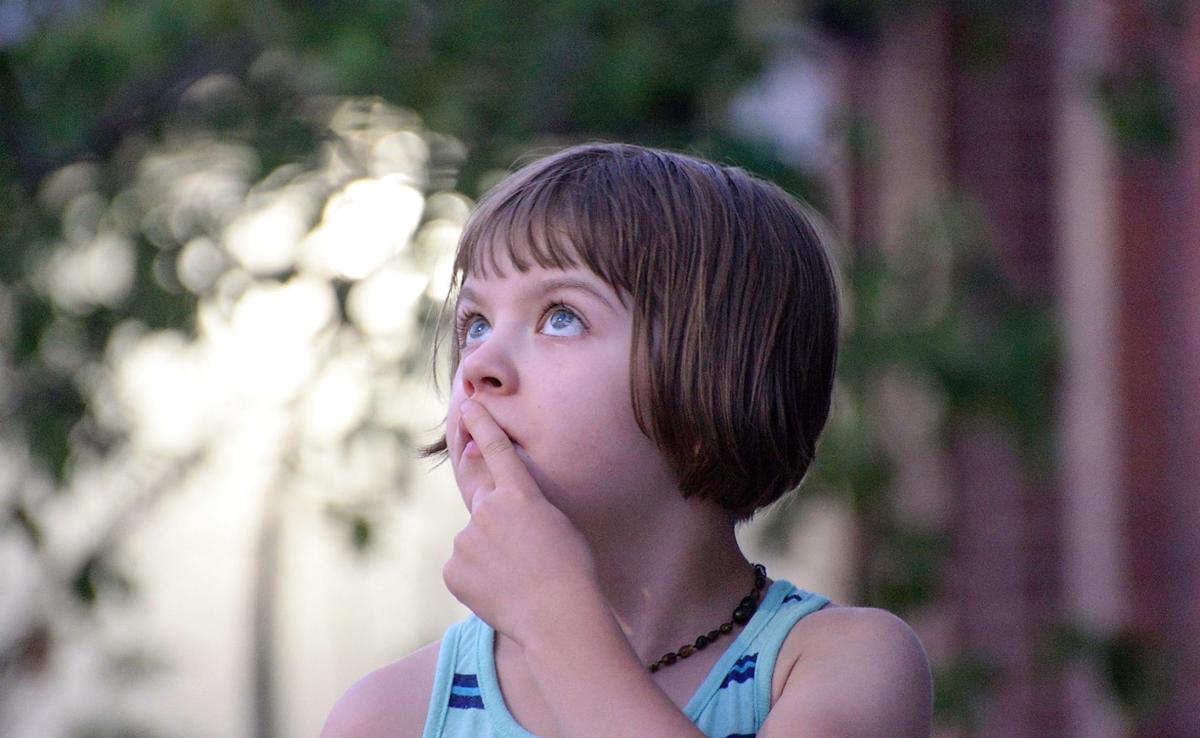 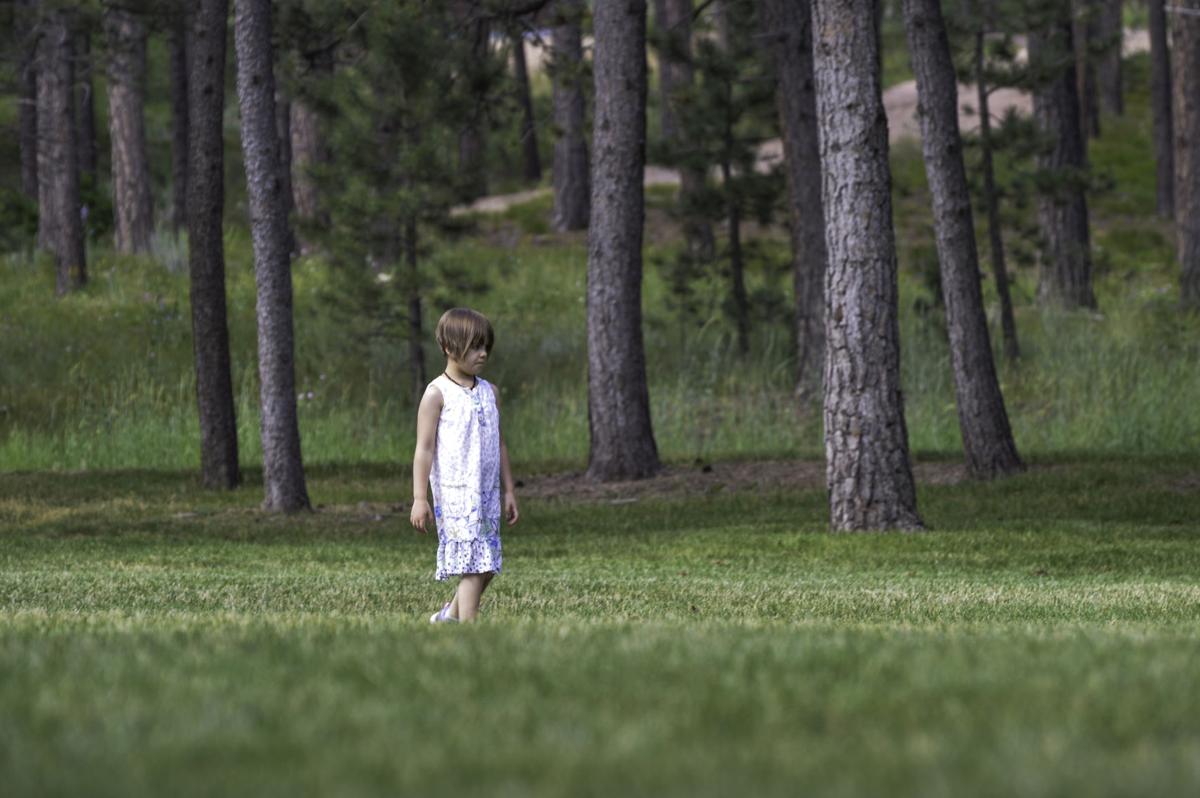 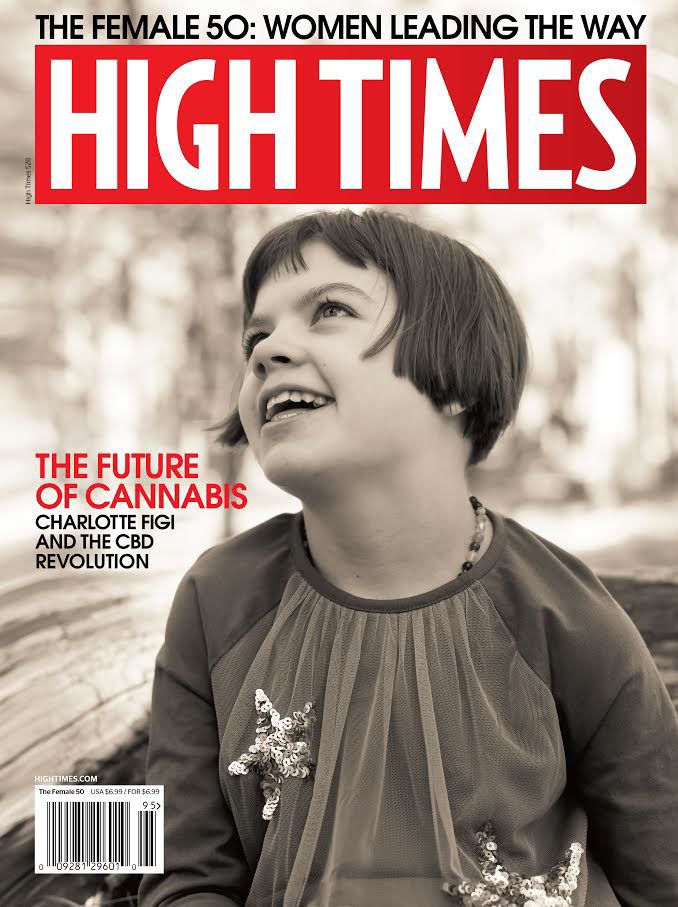 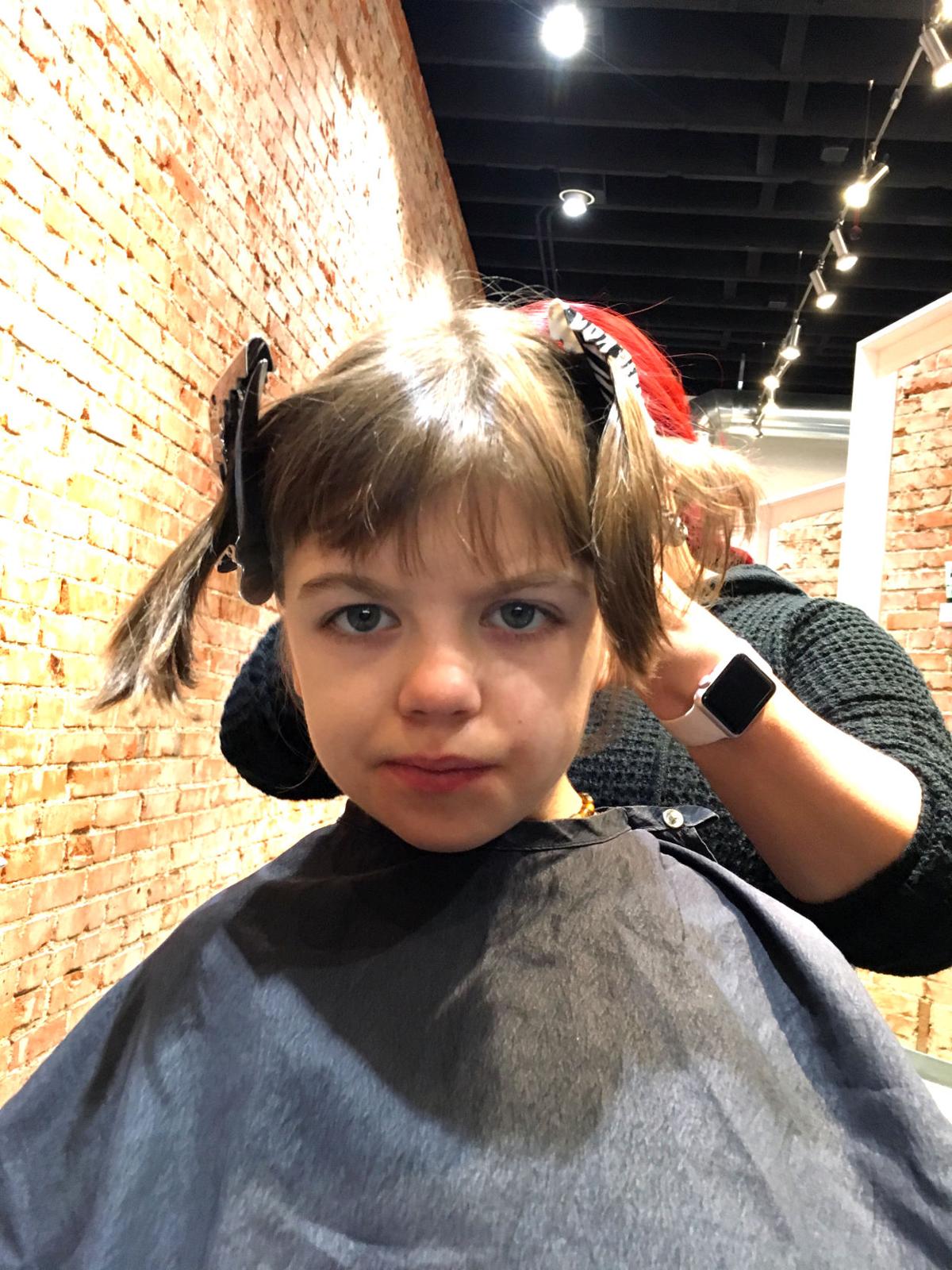 Charlotte Figi gets a haircut at Beauty Bar in downtown Colorado Springs, December 7, 2017 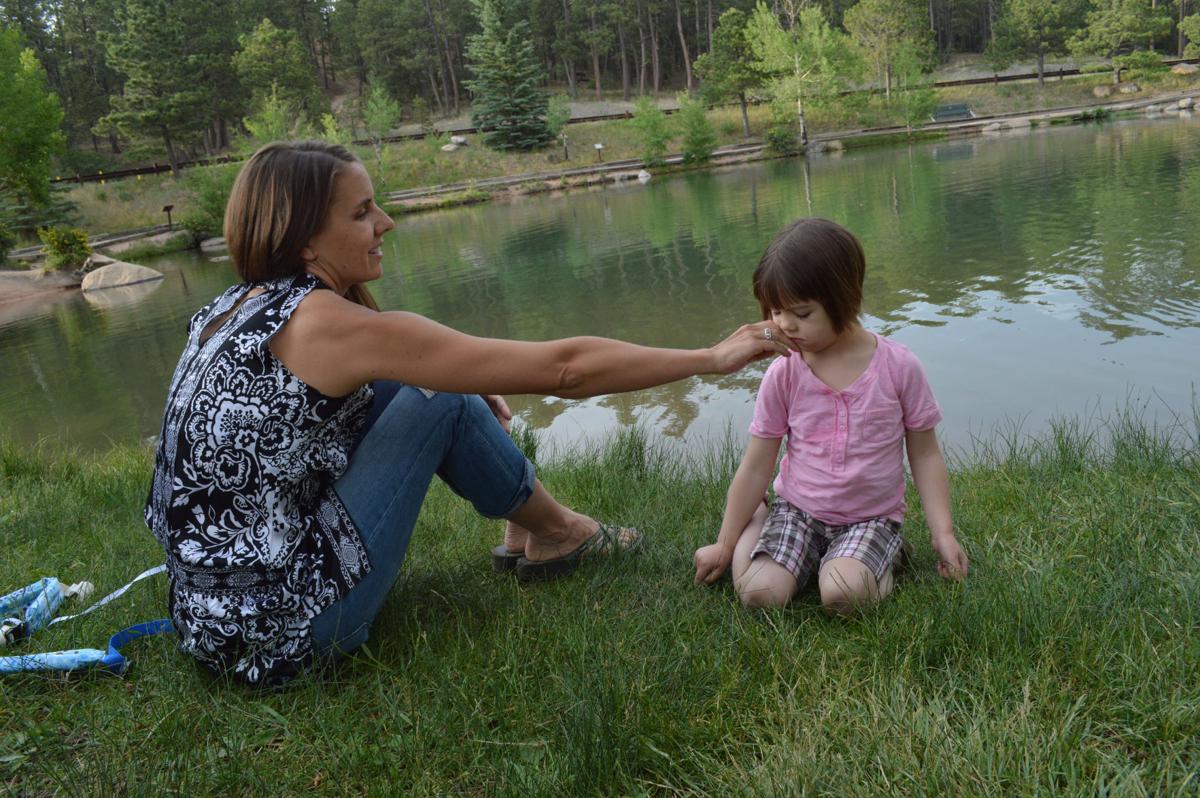 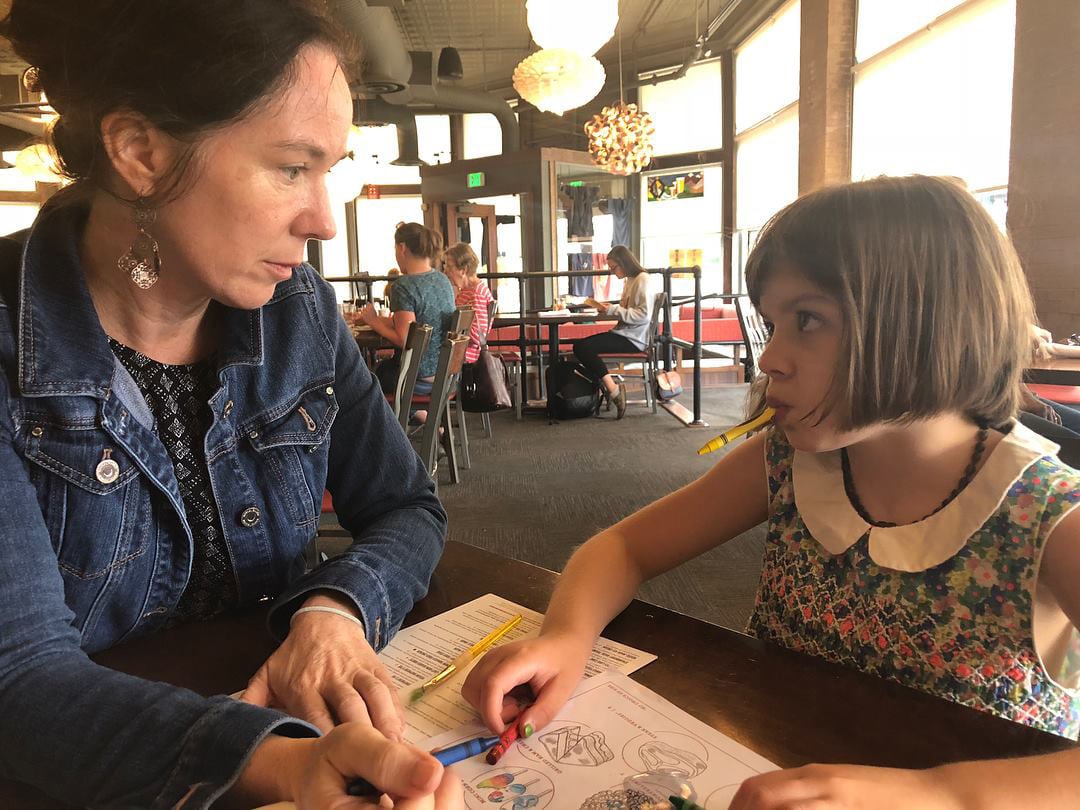 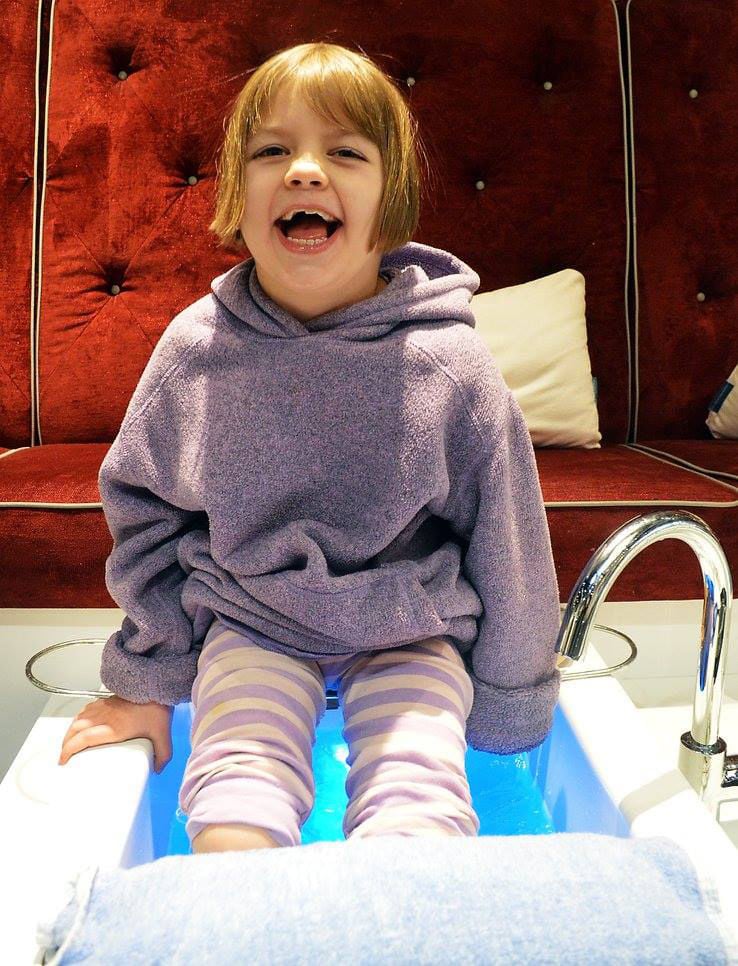 Charlotte Figi plays in the foot bath instead of getting her scheduled pedicure at Beauty Bar in downtown Colorado Springs, December 2014. 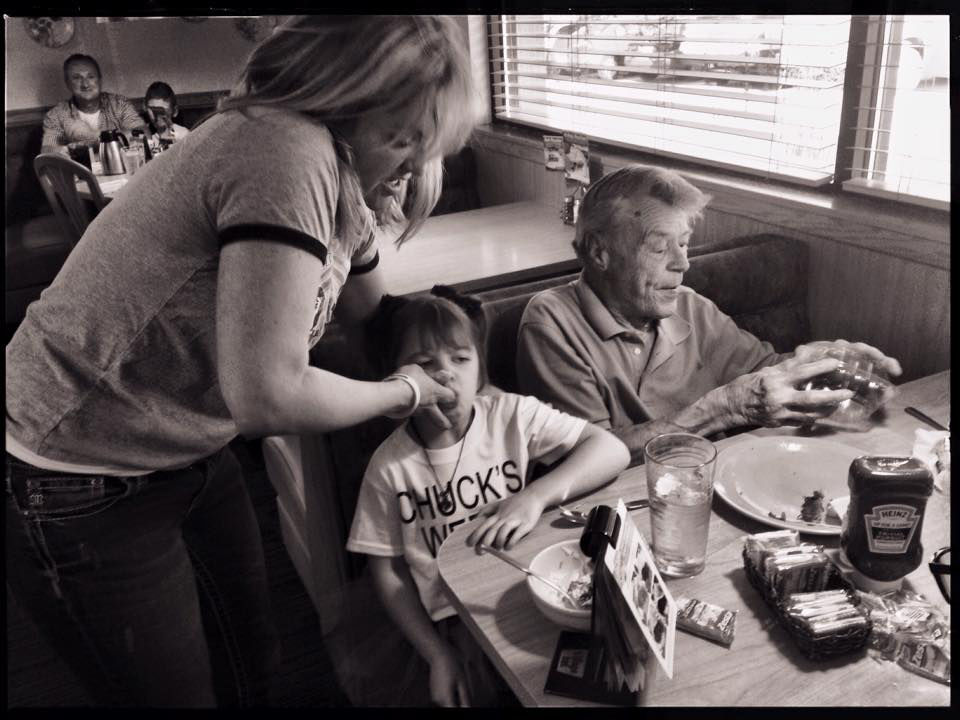 Kim Clark retrieves bread from Charlotte Figi’s mouth after she snuck away from the table, joined an elderly couple and helped herself to their salad and bread. Colorado Springs, June 26, 2015. 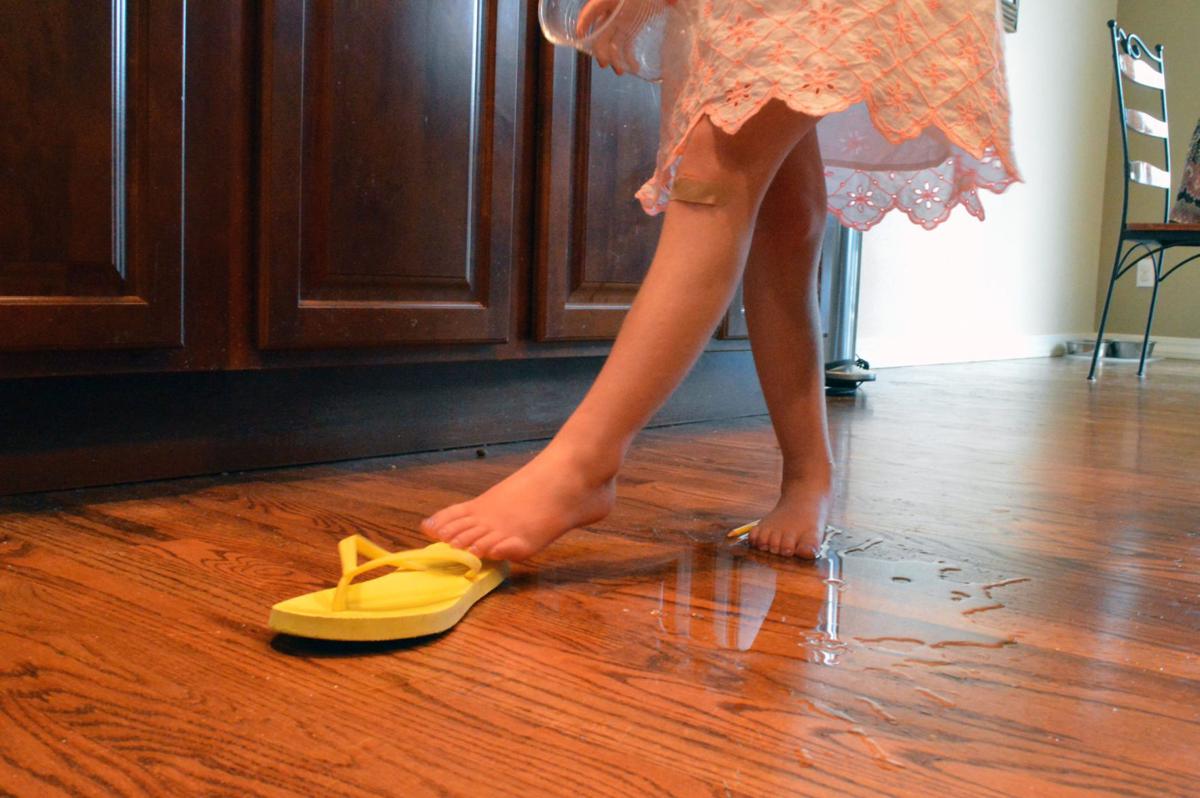 Charlotte Figi tries on a rogue flip flop at a friend’s house in Monument Colorado, July 4, 2015. 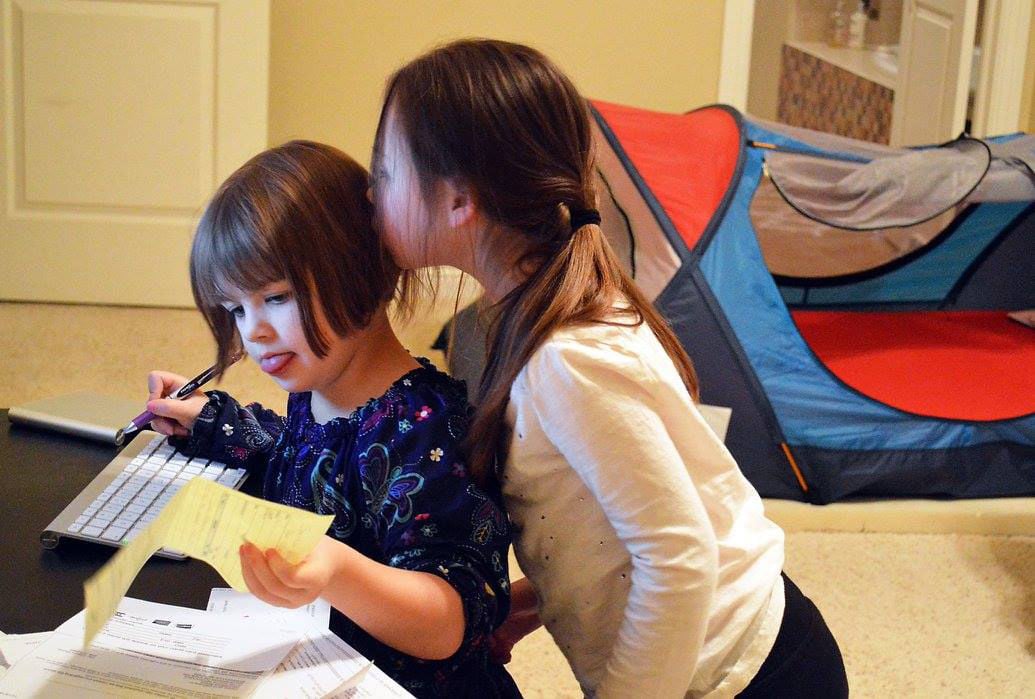 Hailey McGuire, a friend of Charlotte Figi kisses on the head during a playdate in Colorado Springs, December 2014. 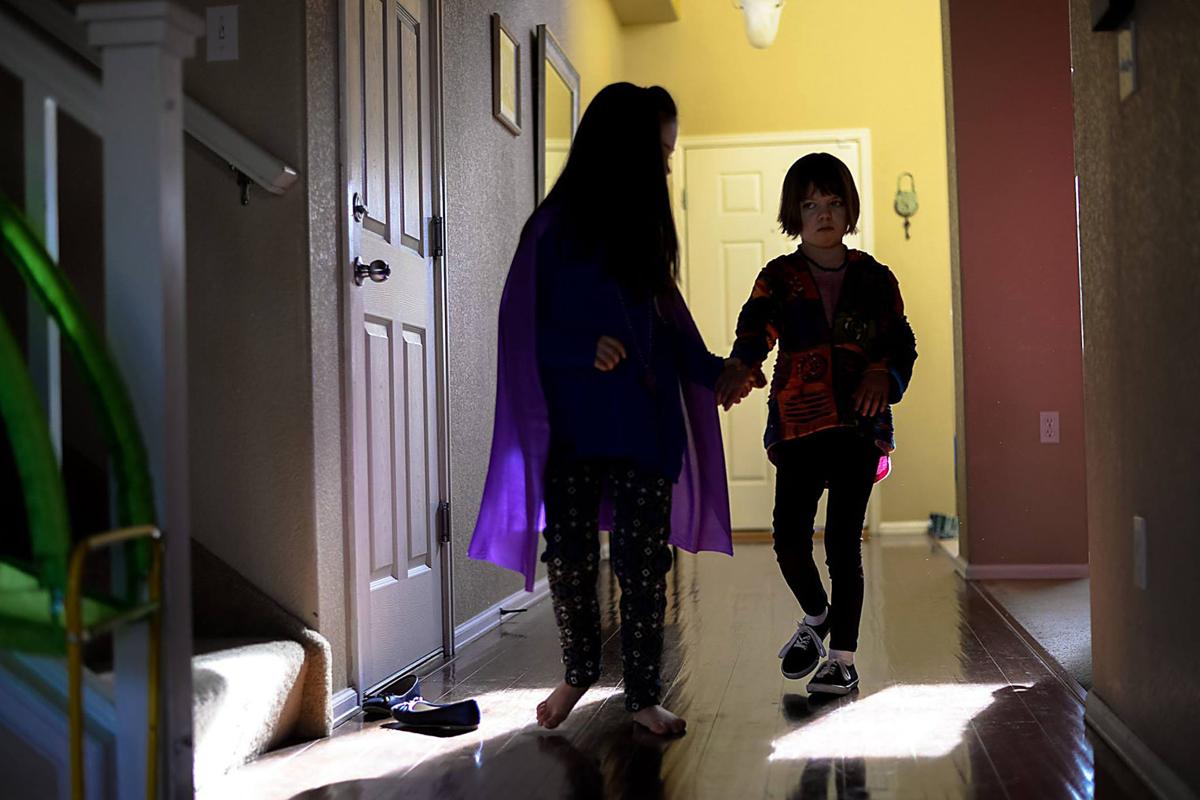 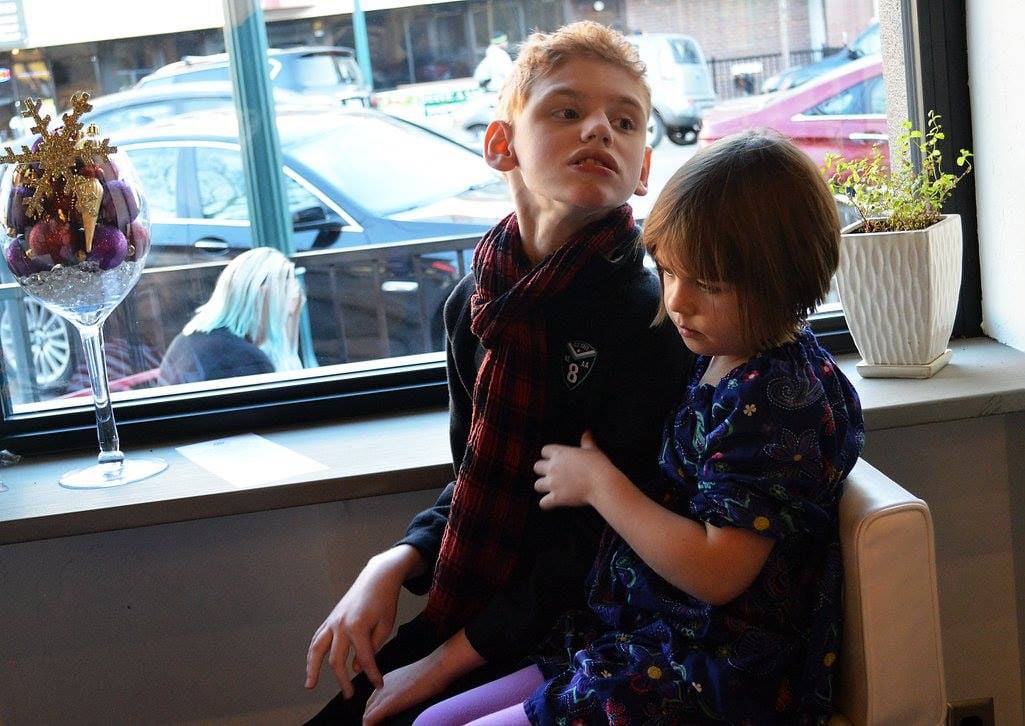 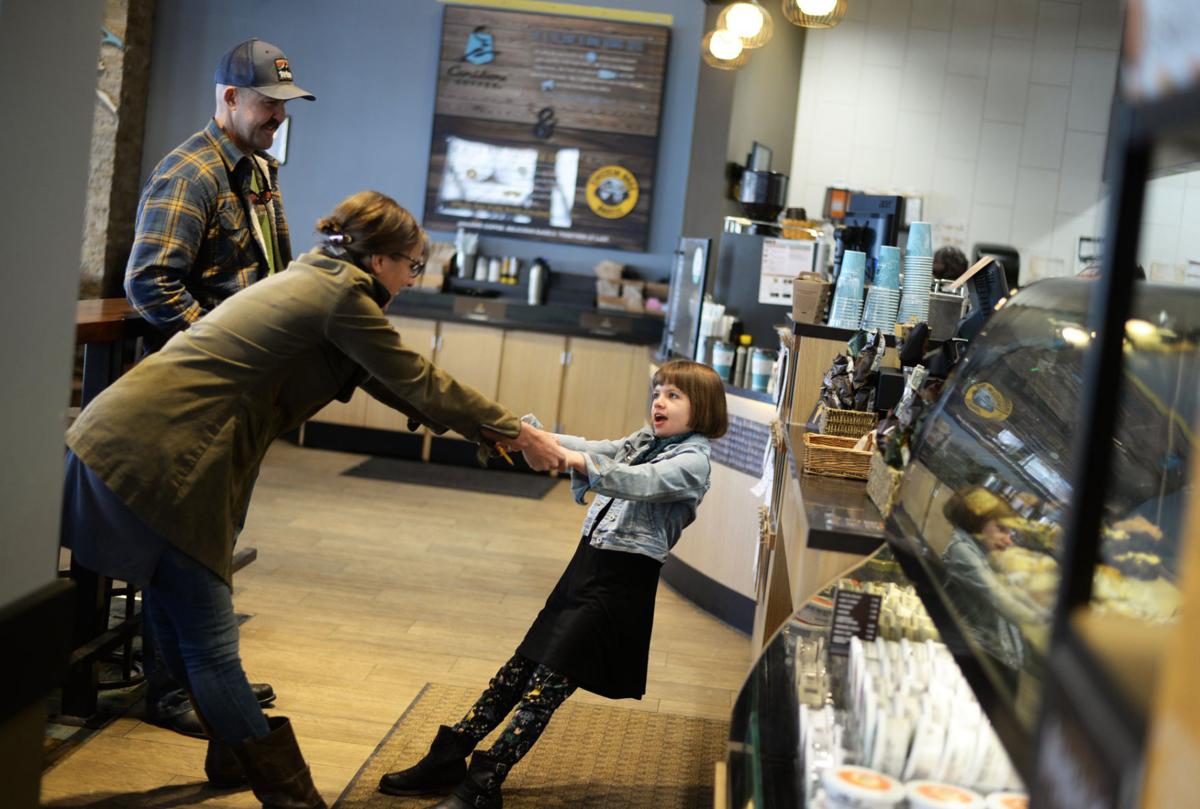 Charlotte Figi plays with her mom, Paige Figi and her “Poppy” at Einstein Bros. Bagels in downtown Colorado Springs February 22, 2018. 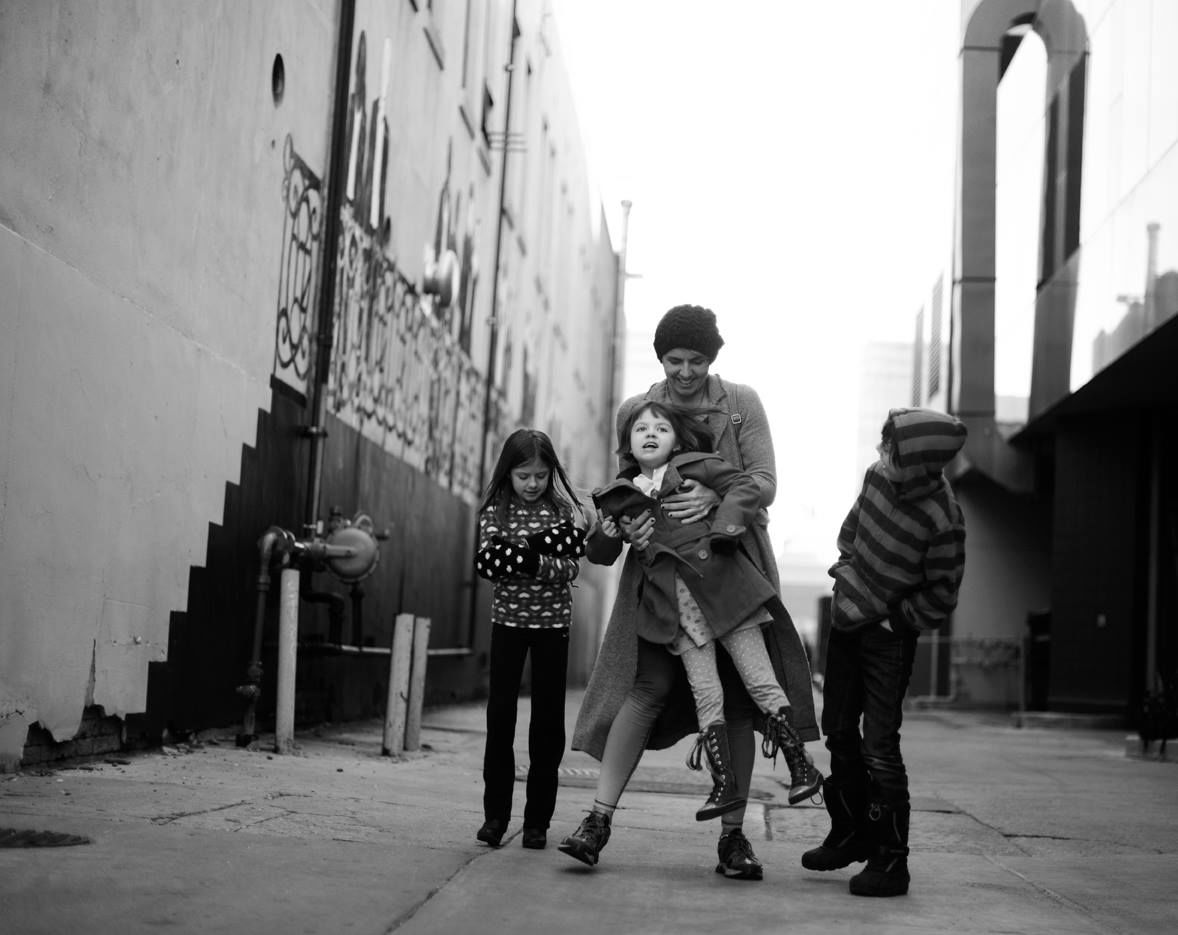 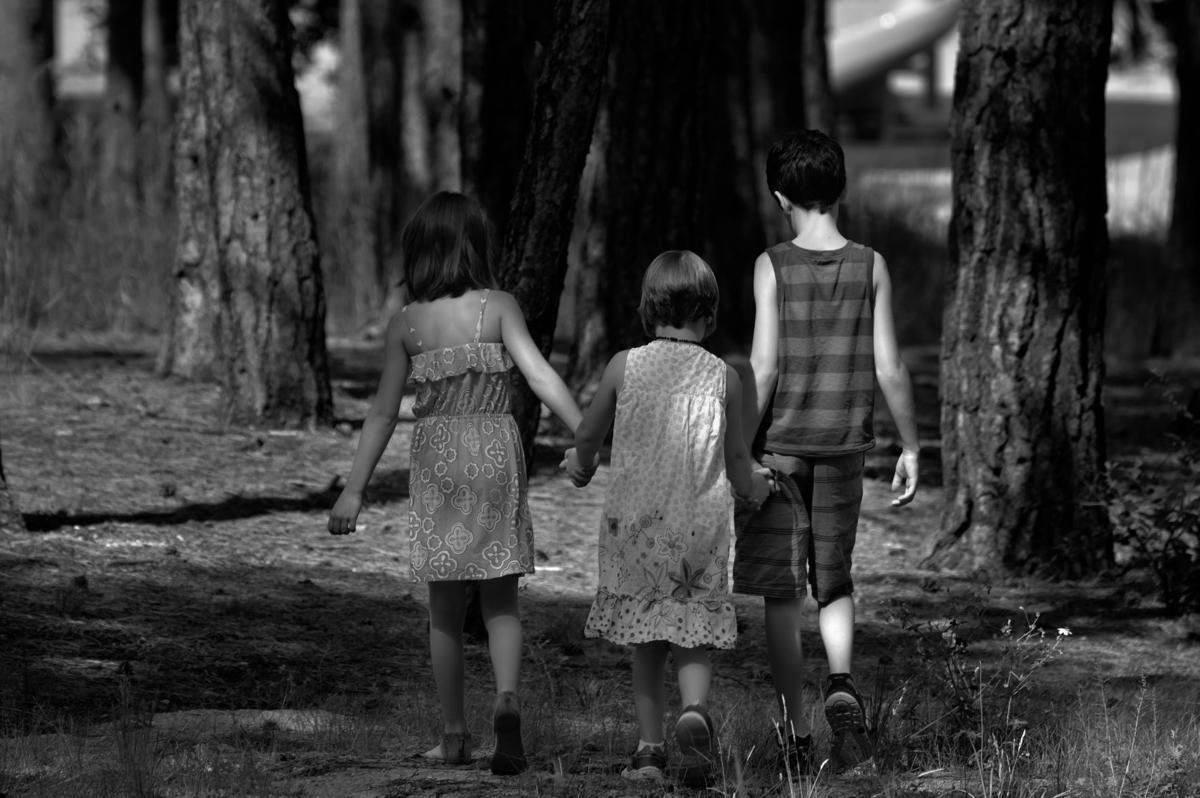 Charlotte Figi walks along the trail at her home in Black Forest, Colorado with her twin sister Chase Figi and Older brother Max, Figi, July 7, 2015. 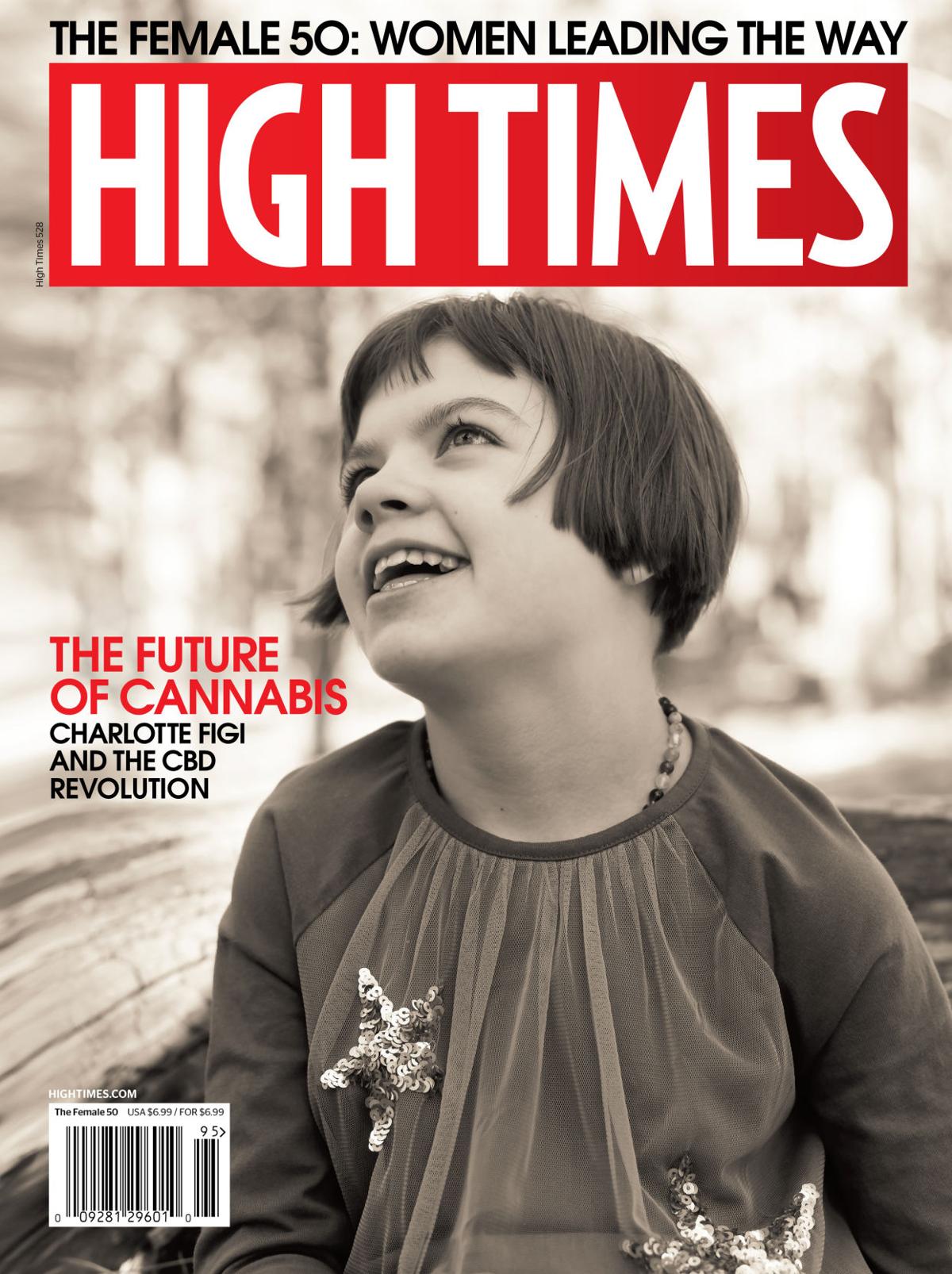 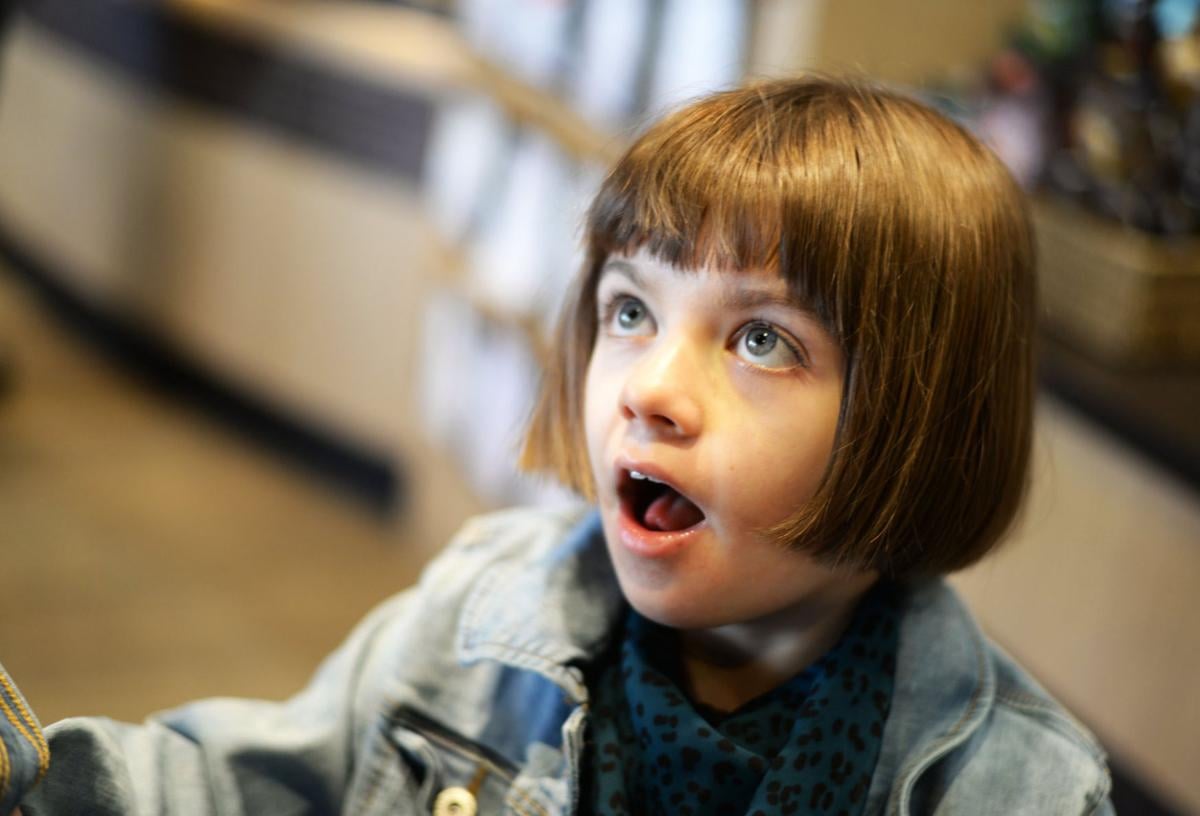 Charlotte Figi gets a haircut at Beauty Bar in downtown Colorado Springs, December 7, 2017

Charlotte Figi plays in the foot bath instead of getting her scheduled pedicure at Beauty Bar in downtown Colorado Springs, December 2014.

Charlotte Figi plays with her mom, Paige Figi and her “Poppy” at Einstein Bros. Bagels in downtown Colorado Springs February 22, 2018.

Charlotte Figi walks along the trail at her home in Black Forest, Colorado with her twin sister Chase Figi and Older brother Max, Figi, July 7, 2015.

Editor's note: On Tuesday, Charlotte Figi, 13, died in Colorado Springs. She was the namesake of a strain of cannabis developed here that helped curtail the catastrophic seizures she suffered due to Dravet syndrome. Charlotte became the face of a nationwide movement to legalize CBD for medical purposes and the centerpiece of a photographic project launched by Nichole Montanez called "Face of Cannabis." Montanez, a graphic artist and designer at The Gazette, photographed Charlotte hundreds of times over eight years.

She was so much bigger than any movement.

She was so much more than any label that could be given to her.

She was not Dravet syndrome.

She was not epilepsy.

She was not CBD.

She was not a brand.

Charlotte Figi was not defined by her story, told over and over. It is said that she changed the world, inspired a nation. And she did.

Let them tell that story.

I want to talk about Charlie, Larlie, Chuck, Meathead, Meatball — a little girl.

She was her mother's child.

She was a sister.

She was a friend.

The first time I saw her, Charlotte was leaning against an ottoman, propped up by fat little arms, lovely in a flowered dress. She was little more than a 3-foot ball of meat, looking at me with those big eyes. I saw her seeing me. That’s what she did. She saw people. She knew exactly how to capture your heart with just a glance, pull you in and make you feel like you were everything. And when you were with her, you were. Ask anyone close to her, they’d say they were her favorite. She loved so freely. She didn’t know she wasn’t supposed to.

Charlotte had a gift for walking in the in-between, seeing without looking, and talking without making a sound. Everything she ever needed to say she said with her eyes.

To love her meant to see all of her. She endured so much in her 13 years. And with the help of her family, she did so with grace and dignity.

She was strong in ways most will never have to be. Because she rarely complained, those around her learned to be strong, too. Always leading by example, that one. Sometimes it was hard to tell who was taking care of whom.

The world looked to Charlotte for hope, healing and inspiration, often looking right over the top of her and missing it altogether. The inspiration is in who she was, not in what she was.

She was the girl who could fit 10 tater tots in her mouth at once. I found out by accident. Let me tell you, you haven’t really lived until you’ve tried to pry food from the mouth of someone who loved it as much as she did.

She was the girl who loved shoes, nail polish, bikes, the color orange, french fries, shivs and her mommy. Most of all, her “mommy.”

She was the girl who could make her way around the world and back again in the same amount of time it takes mere mortals to turn around. Her mom says, "Never turn your back on the ocean." Those of us lucky enough to have been charged with ocean-sitting had to learn the hard way what she meant. One of us, and I won’t say who, lost her in a restaurant. A frantic search turned up a tiny Meatball seated at a table with an elderly couple, helping herself to their salad and bread — which she was not allowed because of the gluten. Again, you’ve not lived unless you’ve had to pry food from those jaws.

She was the girl who loved to carry a shiv, usually in the form of a pen but any old fork, plastic knife or fairy wand would do.

She was the girl who let everyone believe they were letting her do things. Like go behind the bar, shake out an entire jar of sprinkles onto the floor or fill a bathtub with Q-tips. The truth is, there was no stopping her.

She was the girl who sometimes showed up at the office to sneak me out for coffee/french fry breaks. Though, I think they were on to us.

Charlotte was the girl who unwittingly started a movement and changed a world. Through that movement, she made lifelong friends. People use the term lifelong friends to suggest decades. But what is a lifetime, really? Sometimes it’s only 13 years.

If you believe in angels on Earth, she was one. Charlotte had one foot in this world and one in the next, always deciding how long she was going to be here. I think kids like her get to do that.

The last time I photographed her was at the same place I first photographed her. Unplanned. She led me there. When I became aware that we were back there after seven years, I somehow knew it would be our last collaboration. The first was in spring of 2012 for a Gazette story. I would photograph her hundreds of times over eight years, not for the story but for the love of Charlotte.

It was late 2019, when her mom, Paige, asked me to help with a photo for High Times magazine’s Female 50 special edition.

I had been sensing that my yearslong "Face of Cannabis" photo project was coming to an end. But I couldn’t figure out how. Or when. As she so often did, Charlotte took the lead. Usually so tolerant of my lens, she wasn’t having it that day. Just as I was about to concede, she looked up at her “poppy” and gave the biggest smile. It would be the last frame I ever took of her. In her way, she let me know we were done. Just like that, she released me from the project that she started, without saying a word.

Though she was nonverbal, she had a lot to say. She made her way in the world with little actions. There was never any need for words. It was all love in action. It was clear. It was concise. And it was loud. Loud. Loud.

COLORADO SPRINGS — A British pharmaceutical company is getting closer to a decision on whether the U.S government will approve the first prescription drug derived from the marijuana plant, but parents who for years have used cannabis to treat severe forms of epilepsy in their children are feeling more cautious than celebratory. The U.S. Food and Drug Administration is expected to decide by the end of the month whether to approve GW Pharmaceuticals' Epidiolex. It's a purified form of cannabidiol — a component of cannabis that doesn't get users high — to treat Dravet and Lennox-Gastaut syndromes in kids. Both forms of epilepsy are rare.