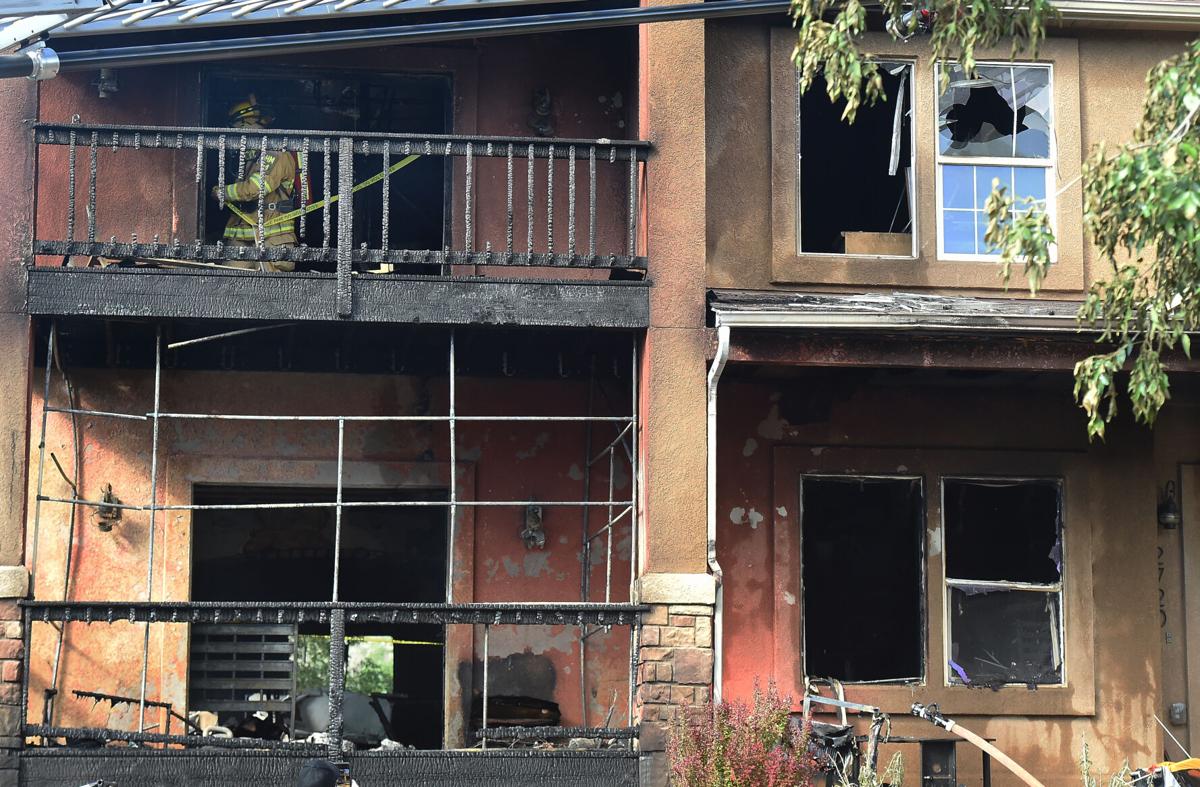 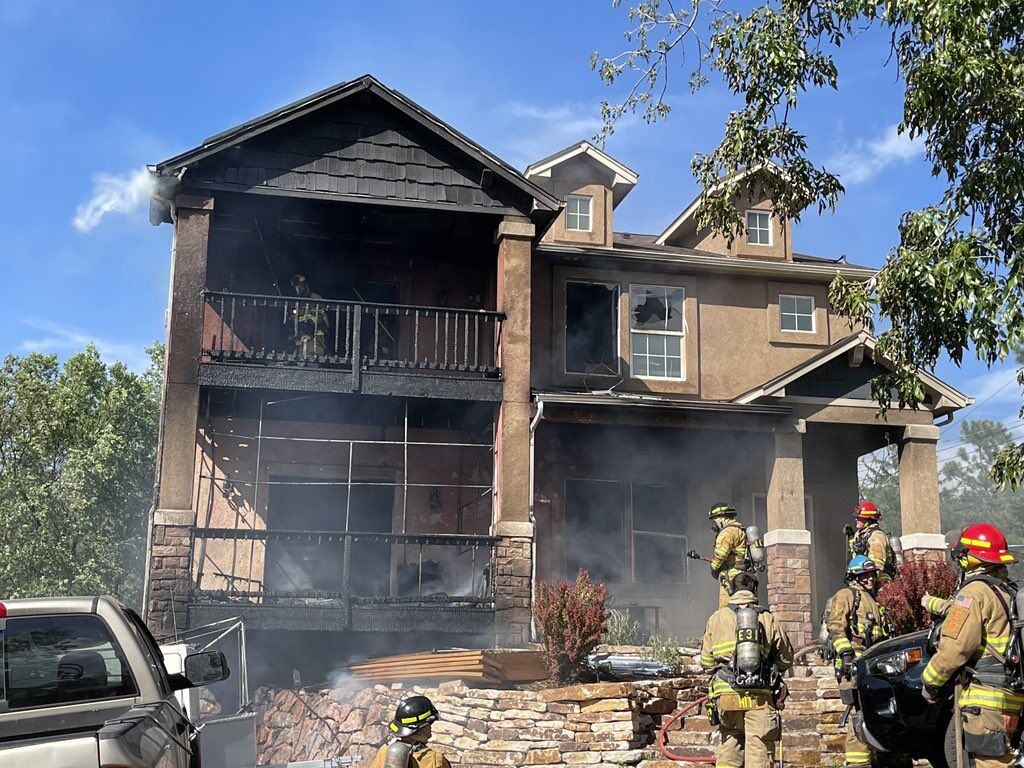 At about 4:15 p.m. crews were dispatched to a fire at a two-story house located at 2720 W. Platte Ave., near Uintah and 28th streets. The first unit was on scene about four minutes later, according to fire department spokesman Lt. Aaron McConnellogue.

The house, which is located on a steep hill, presented logistical challenges for fire crews as they worked to get their equipment in position to battle the flames.

“It was a challenging area for us to get into,” McConnellogue said.

Firefighters were able to get the fire under control in about 20 minutes, but the home sustained heavy fire and smoke damage inside and out, officials said.

The homeowners "are going to end up being displaced," McConnellogue said. "They will not be able to go back in for a period of time. But they're safe."

One of the homeowners was present when the fire started but was able to get out safely, McConnellogue said. Two dogs were also able to escape without injury.

An injured firefighter was taken to a local hospital and was expected to recover, fire officials said.

McConnellogue said crews expected to be at the scene throughout the night as firefighters tamp down hot spots and investigators determine the cause of the fire. No other homes were threatened, he said.