Crews are expected to start the final stage of construction on the long-awaited Centennial Boulevard extension next week, a connection that will relieve traffic congestion in the area and potentially pave the way for a new church, possible office space and homes in the area.

The last phase of the $20 million project will connect the major north-south roadway from its current dead-end south of west Fillmore Street to Interstate 25 at the Fontanero Street interchange and allow some properties in the area to develop. The Pikes Peak Rural Transportation Authority's 1% sales tax on goods and services in El Paso County is paying for the project.

The road is expected to serve 17,000 vehicles a day when it opens potentially during the fall or winter of next year and will prevent drivers from relying so heavily on north Chestnut Street, a residential frontage road, according to the city of Colorado Springs. The city also expects to put in bike lanes in each direction, street lighting, new street trees and a 10-foot wide trail on the west side of the Centennial Boulevard extension. 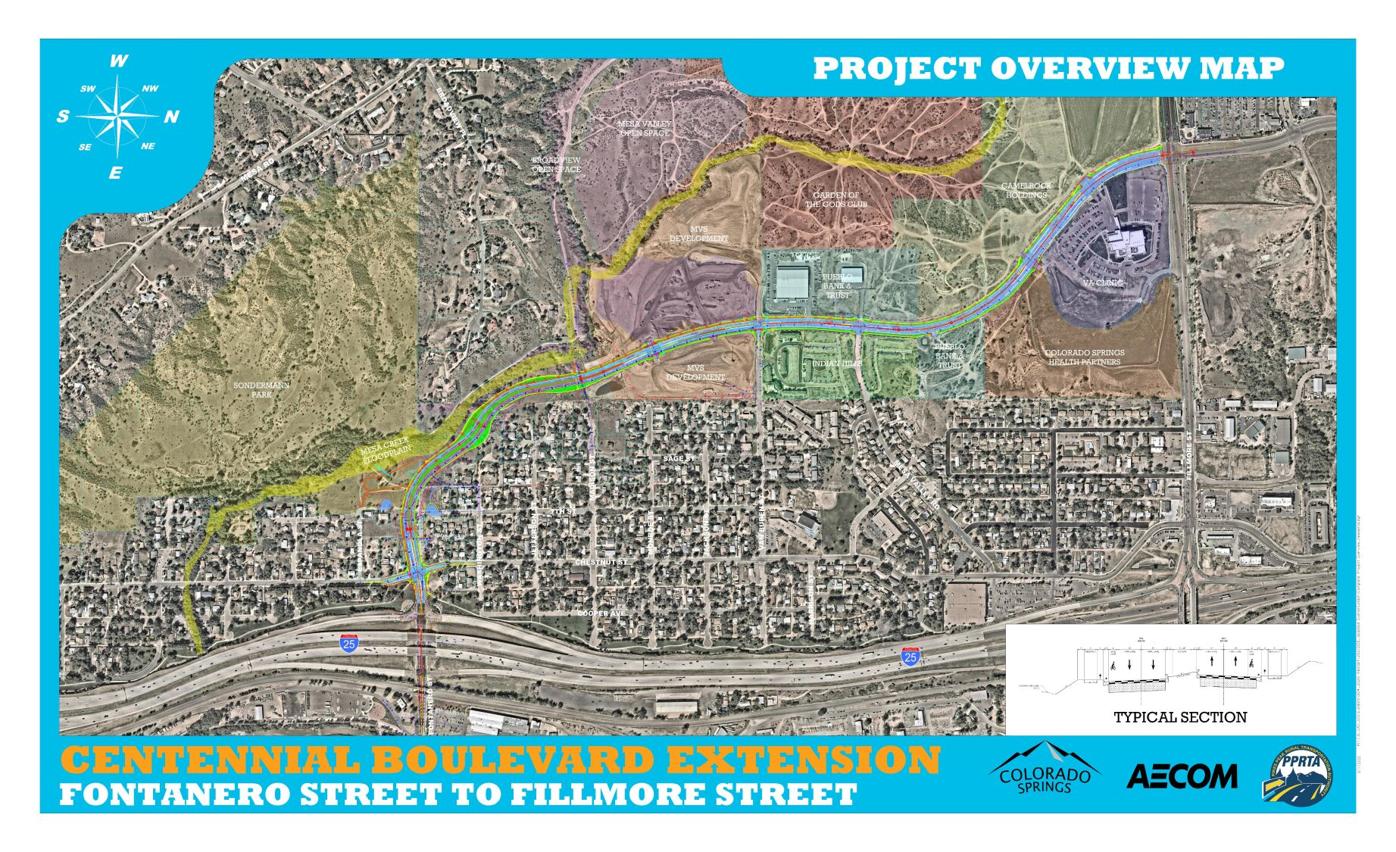 The connection may also relieve congestion at major interstate intersections, such as West Fillmore Street and Garden of the Gods Road and provide another exit from the westside in a wildfire, said City Councilman Richard Skorman.

The extension has been planned for about 30 years and it was ready for construction in 2017, said Aaron Egbert, project manager and senior engineer for the city.

Work was delayed by the city's agreement with MVS Development, a New Mexico-based firm, that committed to reclaiming a landfill in the area, he said. The landfill operated from 1950 to 1966 and in places was 40 feet deep, city documents said. The landfill contained municipal and construction waste, but was never permitted.

MVS Development owns about 38 acres that will be bisected by the new road and it expects to set aside about 4 acres of the former landfill as private open space to the west of the road, city plans show. The developers are planning for housing on the west side of the road accessed via Van Buren, documents said.

The Pikes Peak Church of Christ was interested in putting up a new building at the southeast corner of Centennial Boulevard and Van Buren and agreed to buy the property over 10 years ago, said Mark McClurg, on behalf of the church. However, following delays the project is on hold.

"The challenges for the seller to reclaim an old landfill on another portion of the larger parcel precluded closing on our purchase until the entire parcel was regraded for Centennial and the old landfill was eliminated," he said, in an email.

Generally, construction work will take place between 7 a.m. and 7 p.m., according to the city.

More info can be found at coloradosprings.gov/centennialblvdextension.