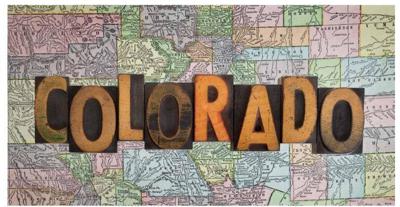 Colorado’s first independent congressional redistricting commission is complete, after a panel of retired judges selected the final six commissioners Monday, meaning the group of 12 can begin to meet and make decisions about how to move forward with their mapping duties.

Monday’s selection comes as challenges to the group's efforts mount.

The U.S. Census Bureau has announced that the data used for redistricting is going to be months delayed, from late March to late September, and putting the state’s newly reformed redistricting process in a bind.

Jessika Shipley, the legislative council staff member in charge of facilitating the redistricting commissions’ work, said the commissioners will need to immediately address how they want to handle the delay. But she said the requirements in the new constitutional amendments simply aren’t going to work if the data isn’t delivered until September. “Bottom line: the deadlines have to be waived,” she said.

And partisan groups, hoping for mapping outcomes that will benefit them, have lodged complaints and made recommendations about who should or shouldn’t be seated on the commission.

The state Republican Party sent a letter weeks ago to the judicial selection panel, listing several Republican and unaffiliated applicants for the commission they thought were not suited for the commission, mostly based on what they saw as bias. They also argued that some of the unaffiliated commissioners already selected appeared to favor Democratic candidates or campaigns, based on their campaign finance contribution records or social media.

And a nonprofit affiliate of the National Democratic Redistricting Committee sent a letter to the selection panel arguing there wasn’t enough ethnic, gender or geographic diversity among the six commissioners selected for the Legislative Redistricting Commission.

The governor will need to officially convene the commission by March 15, and Shipley and the rest of the legislative council staff will organize a first meeting, where a chair and vice-chair will be selected, and where the commissioners will be briefed on the status of the redistricting efforts.

“We’ll have the initial organizational meeting with them. We’ll talk about CORA, open meetings law and communications,” Shipley said. “That’s when we’ll put together a schedule for meetings. And we’ll talk with them about the census data delay, and give them to the next meeting to figure out how to handle that.”

Here’s a look at the six newly-selected commissioners, based on the information they provided in their applications.

JulieMarie Shepherd Macklin is an Aurora Republican and an academic director at the University of Colorado. She has been active politically in a number of capacities, including as a legislative staff member, working for the state House of Representatives’ Republican caucus. She has served as an elected school board member, volunteered on campaigns and ran unsuccessfully for the legislature in 2014. She is involved in several civic organizations, several focused on education, including the Aurora Public Schools Citizens Bond Oversight Committee, the Aurora Public Schools Foundation Board, the Colorado Association of School Boards and the National Council of Urban Boards of Education. She also has volunteered with Guide Dogs for the Blind and the Arapahoe County 4-H club. Shepherd Macklin credits her experience working in education administration as skills that would benefit the redistricting efforts this year. “I would consider myself to be fair and impartial and have held many roles that demanded this. Decisions I have made about policy, allocation of funds, etc. have had to be made with the utmost impartiality, focused on defined goals or desired outcomes,” she wrote in her application.

Mary Martha Borden Coleman from Fort Collins  is a facilities management planning specialist at Colorado State University. She has been active in the Larimer County Democratic Party, serving as treasurer and a district director, and she has given to numerous Democratic campaigns. Borden Coleman earned a bachelor’s degree in geography and has experience with geospatial data analysis, which she said should help her with the redistricting work. She listed her work on policy initiatives at Colorado State University as giving her experience gathering input from various constituencies. “My role since the beginning of my career has been to take spatial information, analyze it, and present it in a form that is clear and understandable,” Borden Coleman wrote in her application. , “then work with ‘specialists’ (whether they were foresters, ecologists, or utility engineers) for the purpose of making a decision or solving a problem together.”

Simon Tafoya from Denver is the managing director at PayIt, a digital records and payments services company that contracts with local governments. He was born and raised in Pueblo and holds a master’s degree in public affairs and urban and regional planning from Princeton University. Tafoya worked as legislative for Sen. Harry Reid of Nevada and later for Sen. Mark Udall, as well as in former Gov. John Hickenlooper’s administration, in a variety of policy advisory roles. He also listed having contributed to and volunteered on various Democratic campaigns. He has been active with a variety of professional associations. Tafoya said his career in government, emphasizing the policy analysis experience, has prepared him for a role like redistricting.

Moussa Mariam Diawara from Colorado Springs is a biology professor and a previous director of the biology master’s degree program at Colorado State University-Pueblo. Diawara has served on the university’s board on diversity and equality, as a mediator in the university’s grievance office and as a research center director, all of which he described as experience that will serve him well on the redistricting commission, from leading outreach and policy crafting to research and analysis skills. Diawara listed being active with the NAACP and served as the president of the Pueblo African American Concern Organization. “I would like to see Colorado be a national leader in development of fair and equitable apportioning congressional districts,” Diawara wrote in his application, “leading to elections that reflect the will of the people, and thus strengthening trust in our democratic system.” He listed no partisan campaign contributions in the past five years.

Carly Dawn Hare from Firestone is a philanthropic advisor at CHANGE Philanthropy/Asian Americans Pacific Islanders In Philanthropy. She listed experience with several service boards, including Equity in the Center, Impact on Education, Highlander Center Research and Education Center, Common Counsel Foundation, Committee Work: Women’s Foundation of Colorado’s Woman & Girls of Color Fund, W. K. Kellogg’s Foundation’s Racial Equity 2030 Expert Review Panel, United Philanthropy Forum’s Momentum Fund Advisory Committee, Colorado Health Foundation’s Placed-Based Advisory Council and several others. “I have worked with a lot of organizations over the last ten years and have found I am very good at having challenging conversations. I face conflict head on, with my ears open. I am clear, decisive, and I will not mince words for my own comfort,” Hare wrote in her application. “I can hold space for several opposing views through challenging conversations, and ensure everyone feels heard.” She listed giving political contributions to Elizbeth Warren and, FEC records show, contributions to ActBlue, a national group that supports Democrats.

This article has been updated to correct the details around the governor convening the committee.

Joey Bunch: "Bob convinced me, though it didn't take much: Partisan politics has to reconnect to governing and not entertaining."