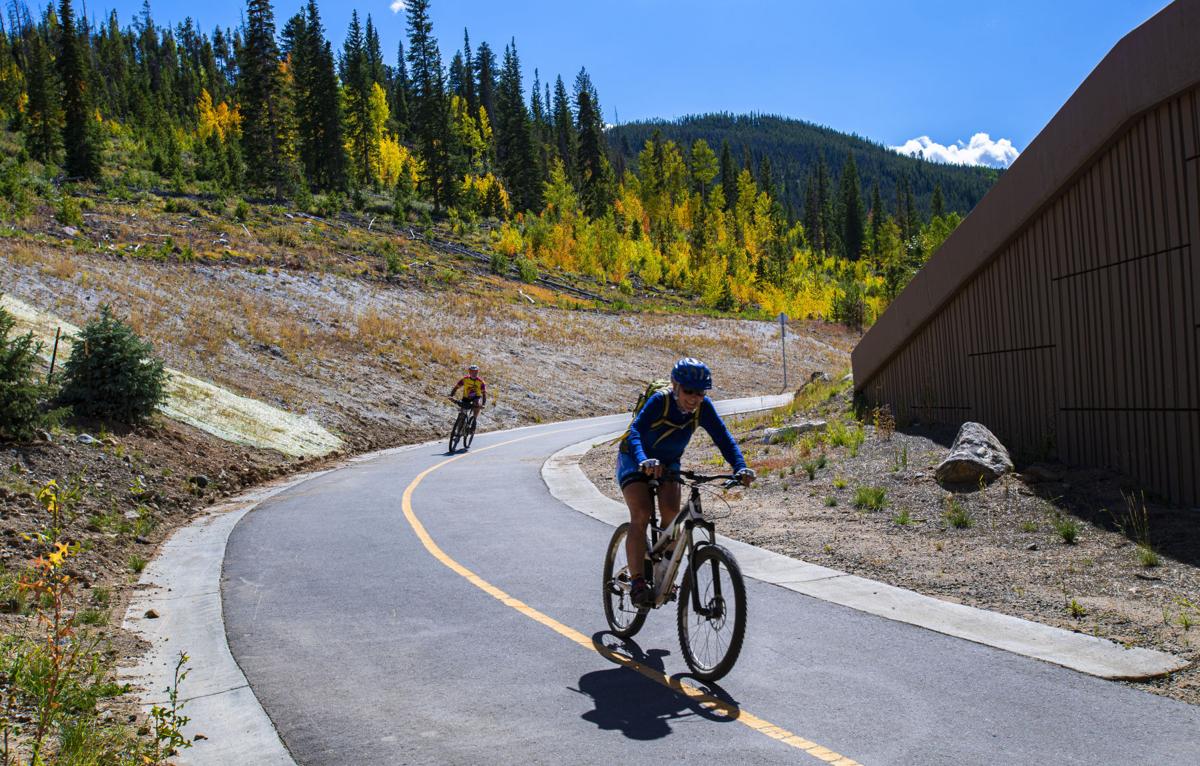 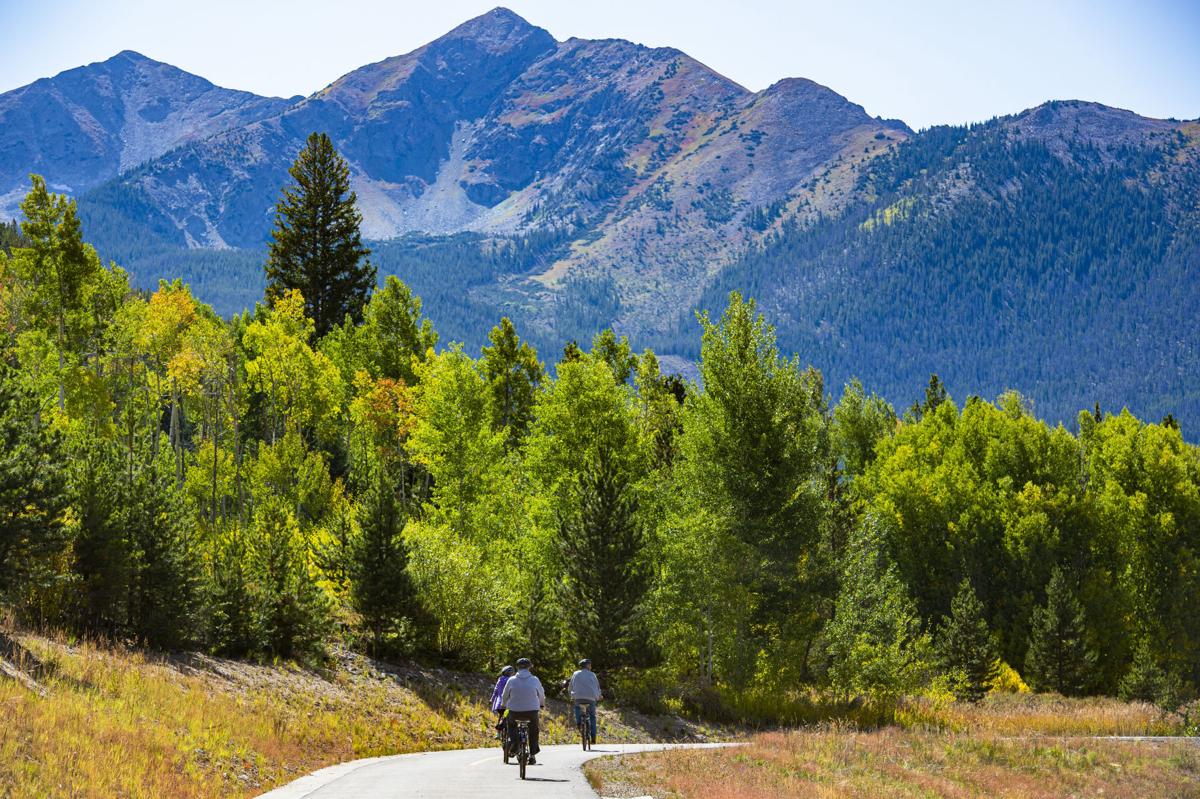 on a warm, sunny day as the aspens begin to show their fall colors during the last week of summer. 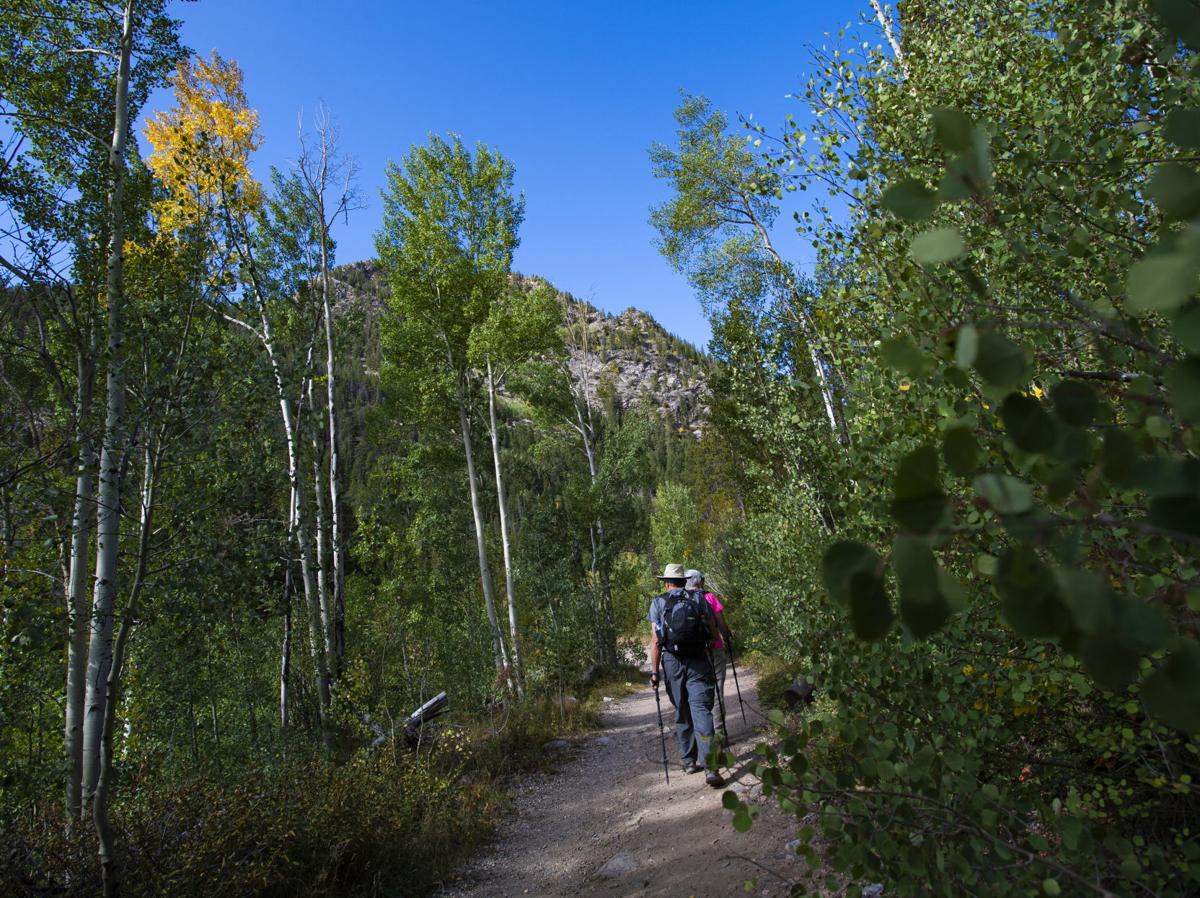 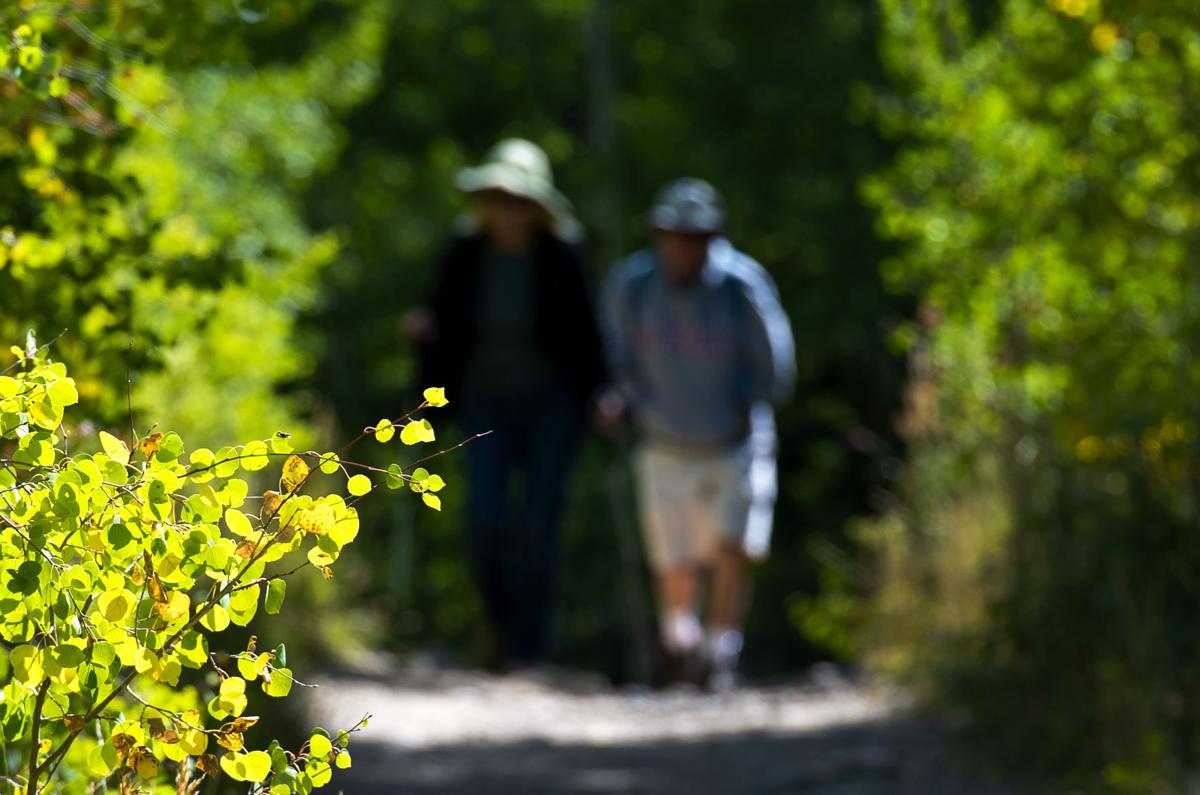 on a warm, sunny day as the aspens begin to show their fall colors during the last week of summer.

Since the typical aspen gold wasn’t doing it, Jon Cobb at the Welcome Center and Chamber of Commerce was lightening the mood for the 150-plus who showed up for the annual event, some from as far as Florida.

“Be careful up there,” the organizer started his joke, “because I’ve got painters up there painting all the leaves.”

No, the groves in the Collegiate Peaks aren’t cooperating for leaf peepers quite yet, nor are they across most of Colorado’s mountain ranges.

Colorado fall colors: Your guide to the best hikes and drives

The later season is predicted for the autumn glow, the result of an especially wet winter and spring. Aspen trees remain strong, feeding on sunlight and keeping that green-inducing chlorophyll for a while longer.

“All that moisture really helped these trees, and we really needed that here,” said Drew Langel, forester at the state Forest Service’s Steamboat Springs field office, speaking for the northwest region, which commonly shines first.

Heading into this weekend, Langel wasn’t seeing much pigment change. Perhaps later this week or next weekend, he predicted, as did onlookers elsewhere.

Rocky Mountain National Park has just started seeing yellow patches in the most popular areas, including Bear Lake near 9,500 feet. Usually, those first glimpses appear in early or middle September, not the end of the month.

Prime color is harder to predict now, park spokeswoman Kyle Patterson wrote in an email. “The higher elevation trees may become more vivid in the next couple of weeks, or they may lose their leaves to weather (wind, precipitation) and may not be as vivid this year.”

Across the San Juan Mountains last week, the U.S. Forest Service reported fall foliage in most areas below 1%. Still, the agency was predicting peak viewing next week through the second weekend of October.

“Once it gets going, it gets going fast,” said Mark Loveall, the State Forest Service’s supervisory forester in Durango.

He’s not surprised by the delay, considering the region’s relatively higher temperatures. The famous recipe for change is sunny days and cool nights.

But nonexperts might be losing patience, as it seems with callers to Crested Butte’s visitor center. It was an odd season for wildflowers, too, an information specialist at the desk noted Friday.

“People think we can flick a switch, and flowers bloom and leaves change color,” he said.

“I had a guy call me yesterday, and he got really angry with me, saying, ‘You should know.’ I said, ‘I’m not Mother Nature, dude!’”

For the best hikes and drives for fall color in the Pikes Peak region and statewide, go to gazette.com/fall-colors

Tracing the strange roots of Colorado's Ute prayer trees, real to some, fantasy to others

In recent years, people of the Pikes Peak region have commemorated so-called Ute prayer trees — bent by the natives to supposedly mark ceremonial sites. But a rising number of scientists and tribal representatives refute the tale.