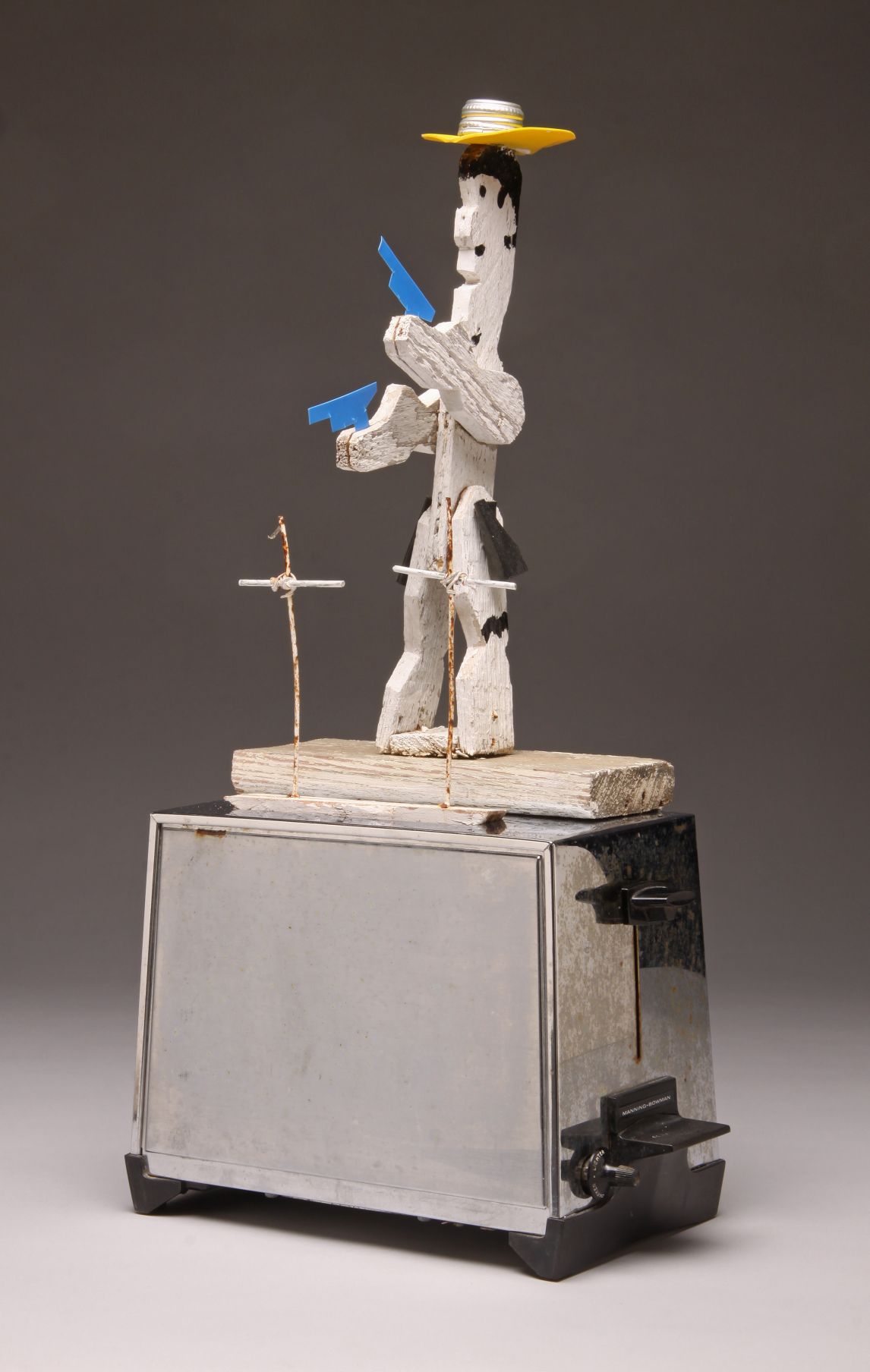 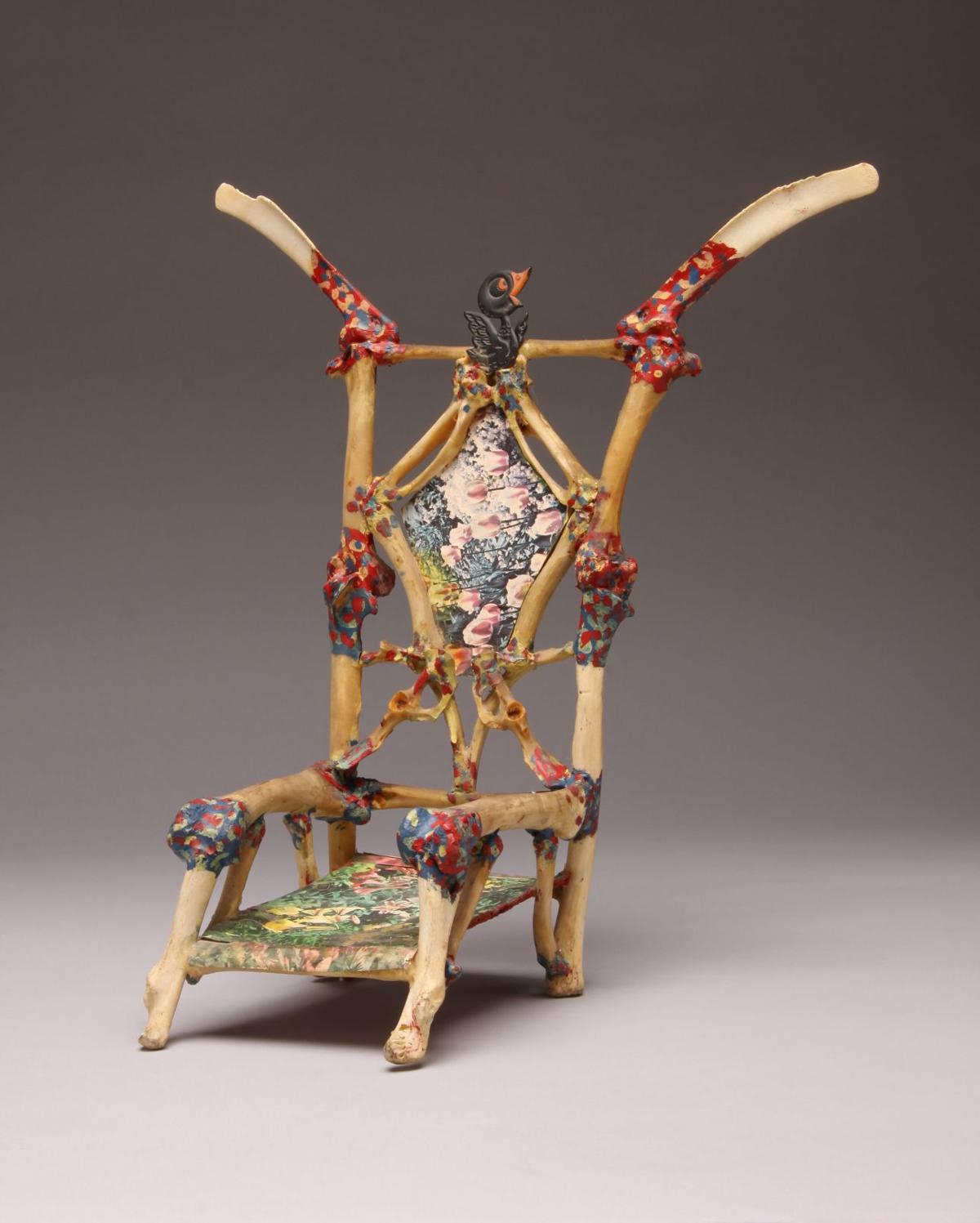 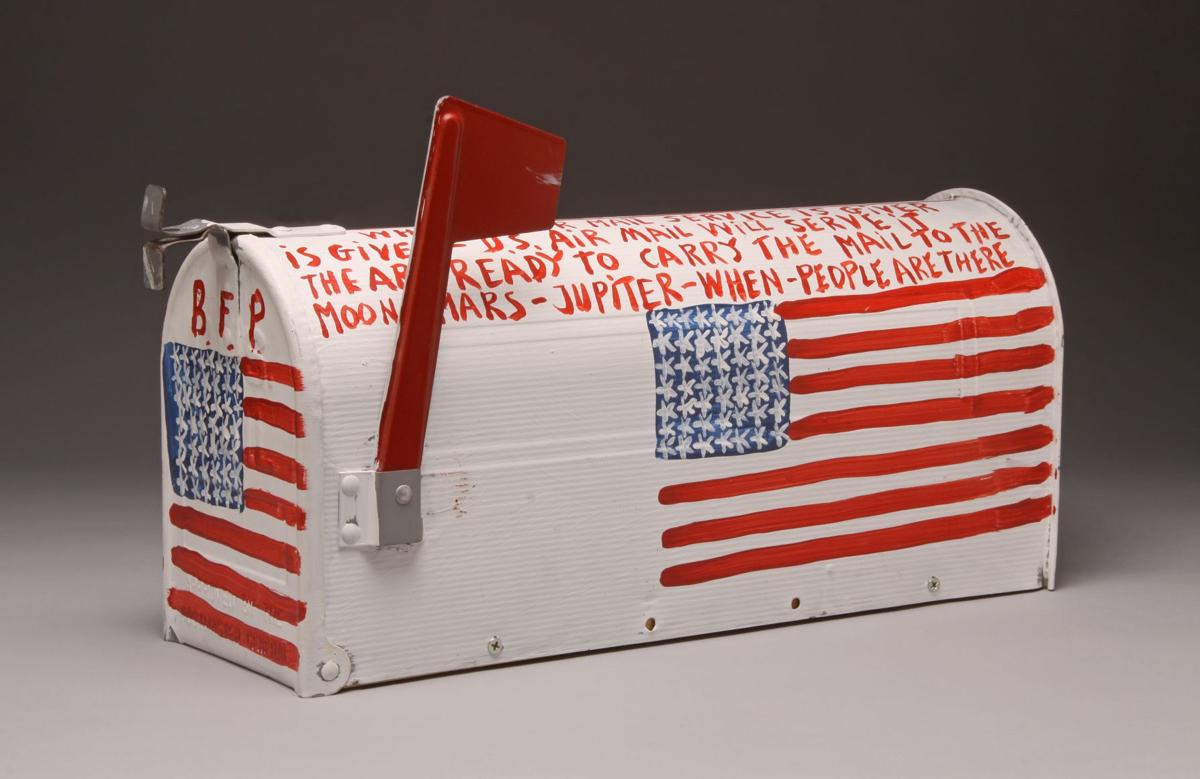 American folk artists have their own visual vocabulary.

"Strange and Wonderful: American Folk Art from the Volkersz Collection" is on exhibit at the Fine Arts Center through June 1. With 109 pieces by 28 artists, it's the first significant exhibit in FAC history dedicated to American folk art, says Blake Milteer, museum director and curator of American art.

"Folk art happens all over the world," says Willem Volkersz, a Holland-born artist and collector who lives in Bozeman, Mont. He and his wife, Diane, have spent decades collecting the folk art displayed in the FAC show. "But the way American artists approach it is unique because we have so much industrial detritus. They use stuff out of dumpsters and out of industrial waste and dumps."

All of the artists in the show are self-taught, lacking any formal arts education, which can lead to unusual formats and the use of peculiar found objects.

"This work comes out of a necessity to make imagery and communicate something," says Milteer, "and it's by folks who didn't go to art school or take classes. Some are operating on the social and economic fringes of society."

Volkersz's interest in the genre started in his teens, after arriving in the states.

"It was the fact that it was so unfamiliar to me when I first encountered it," he says.

"In part, coming from Europe - not that it doesn't exist there - but it's not as abundant or out in the open. I bought my first car, and traveled up and down the coast. I would drive to Oregon and California, and started to see yards filled with stuff - concrete, windmills, whirlygigs, et cetera."

The pull toward folk art grew while he studied art at the University of Washington. An instructor lectured about Watts Towers, a group of tall structures built from found materials by an Italian immigrant in Los Angeles. Volkersz drove to see the structures and came away wondering where he might find more work like it.

He found many artists working in this manner, including the eccentric sign painter Jesse Howard. In 1968, Volkersz traveled to Missouri to check out the artist's neatly lettered signs, both large and small, that detailed his feelings on religion, crooked politicians and injustices he believed he'd suffered. Several of Howard's pieces are included in the exhibit.

"The objects and ways of expressing ideas are uniquely American," Volkersz says. "And that our culture allows this entrepreneurial spirit, and for people to go out and do their thing and say their piece, that's pretty wonderful."