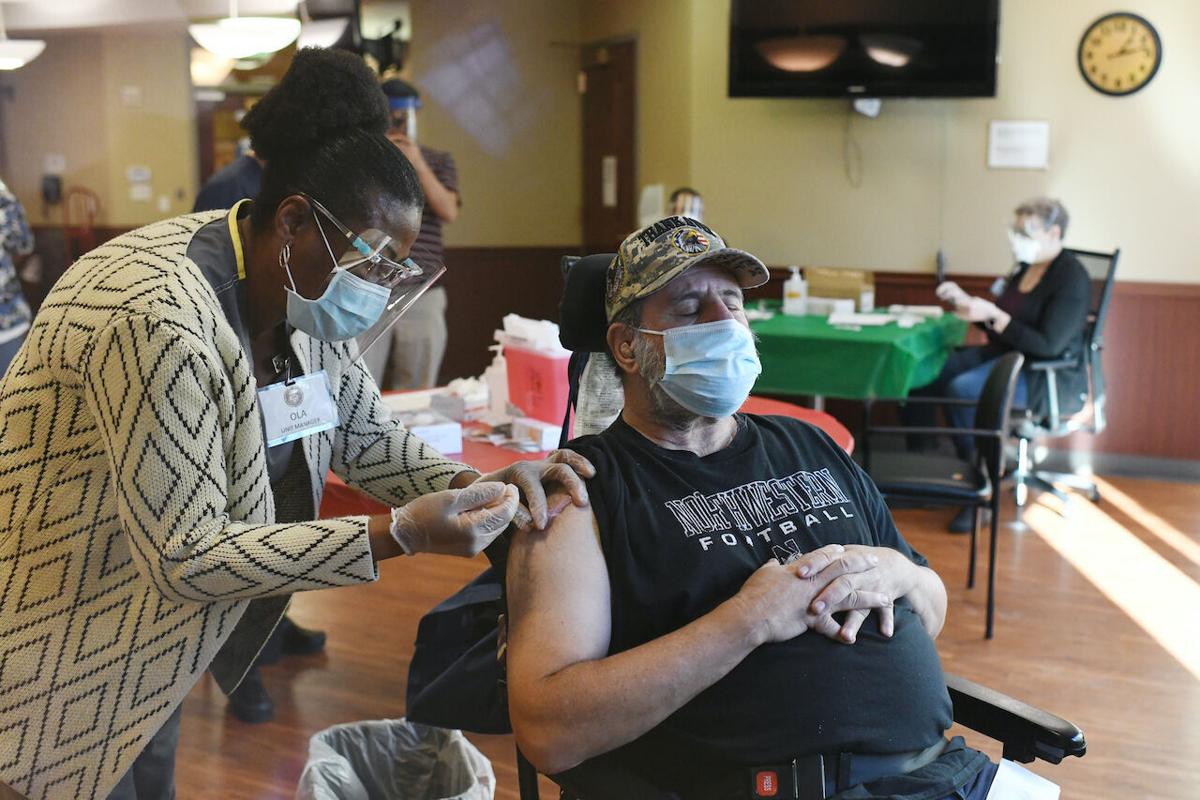 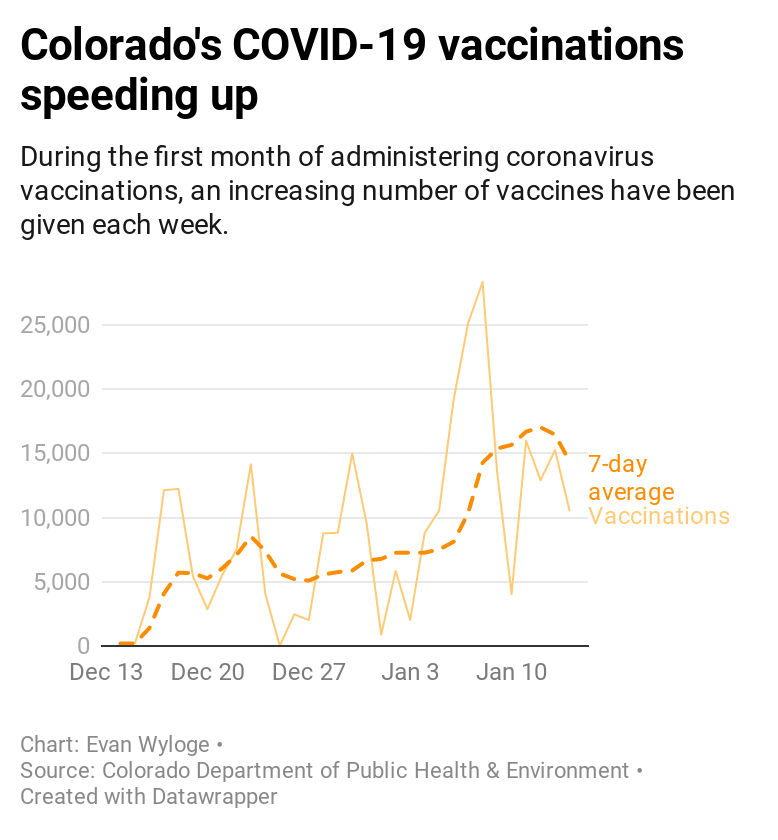 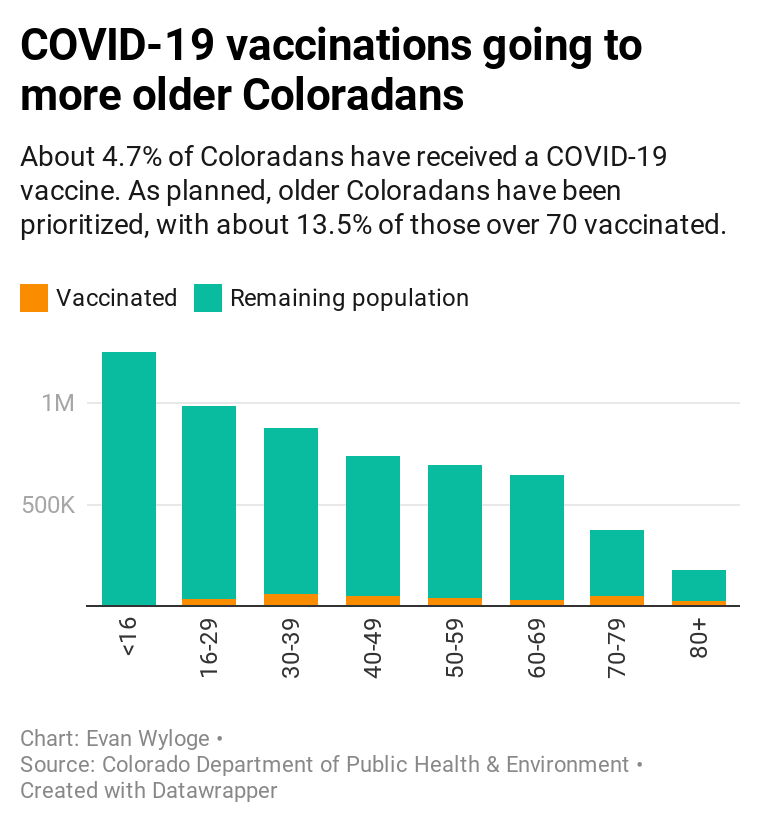 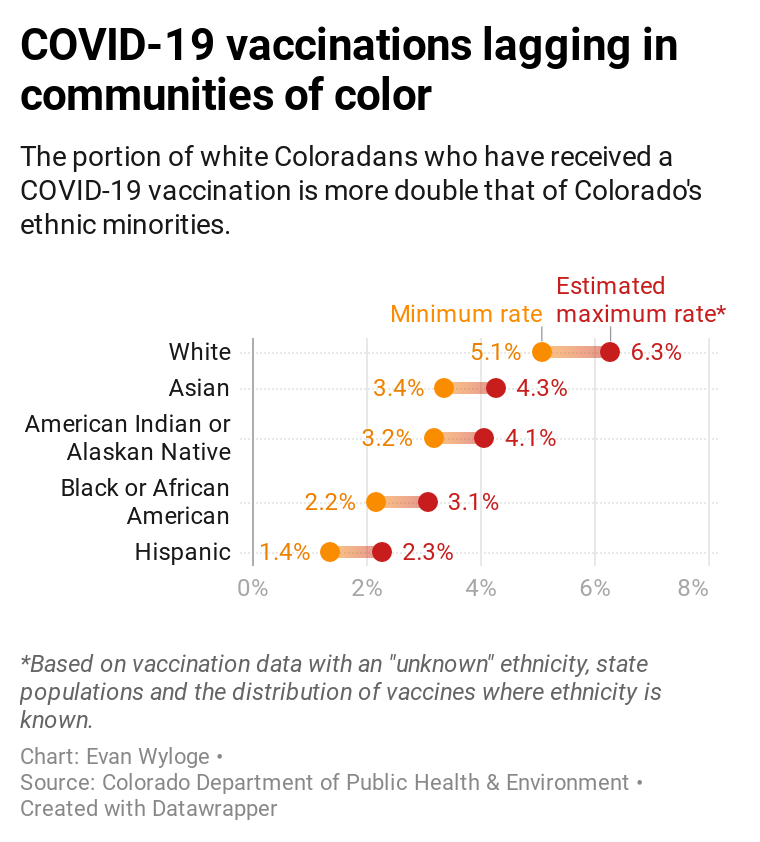 In the first month of administering coronavirus vaccinations, the portion of white Coloradans who have received a COVID-19 vaccination is more than triple that of Hispanic Coloradans, more than twice that of Black Coloradans and 50% higher than that of Asian Coloradans.

The differences in vaccination rates illustrates another way minorities have been disproportionately affected by the novel pandemic and the response to it.

The first look at differences in vaccination rates comes in response to public records requests submitted to the state health department by The Gazette. Previously, the Colorado Department of Public Health & Environment had publicly released only the total number of vaccinations administered statewide.

Vaccine rollout in rural Colorado going as smooth as could be expected, providers say

“We are proud that we have been able to get vaccines out as quickly as the federal supply chain allows, but we do want to note: we are actively pursuing additional tactics to be equitable in vaccine distribution,” a CDPHE spokesperson wrote in an email about the newly released data.

The disparities in vaccination rates among different ethnic groups in the state come after nearly a year of data showing higher rates of COVID-19 infection and deaths among Black and Hispanic Coloradans.

The age breakdown shows more of the vaccine going to older Coloradans, as planned. About 35% of the vaccinations have been administered to Coloradans over the age of 60, who represent 21% of the state’s population.

And while Colorado’s white population is older than the state’s Black and Hispanic population, if vaccinations were administered equally among age groups, it would mean white Coloradans would have received the vaccine at a rate only about 20% more, not more than double.

The state health department spokesperson wrote that specific programs, some that have already begun and others that are still in the works, aim to increase vaccination rates in communities of color.

“We are engaging community-based organizations and have already had community clinics in Center and San Luis, and Denver, for example, and have plans for more,” the spokesperson wrote.

The agency is helping people without transportation coordinating rides to get vaccinations, the spokesperson wrote, as well as providing information to communities of color about the safety and efficacy of vaccines and planning a marketing campaign for hard-to-reach communities.

Colorado’s long-term care facility administrators are concerned about the alarming number of their staff who are refusing the coronavirus vaccine, reigniting a debate over whether workers can be required to get the shot.