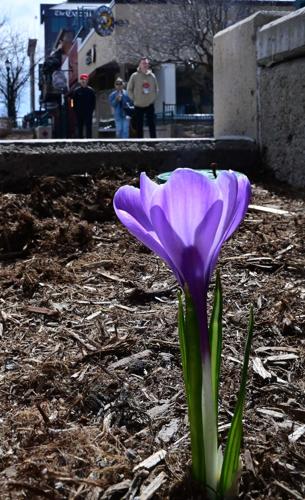 A single crocus opens blooms in time for the first day of Spring in a downtown flower bed as pedestrians take advantage of a beautiful day on Sunday, March 20, 2022. 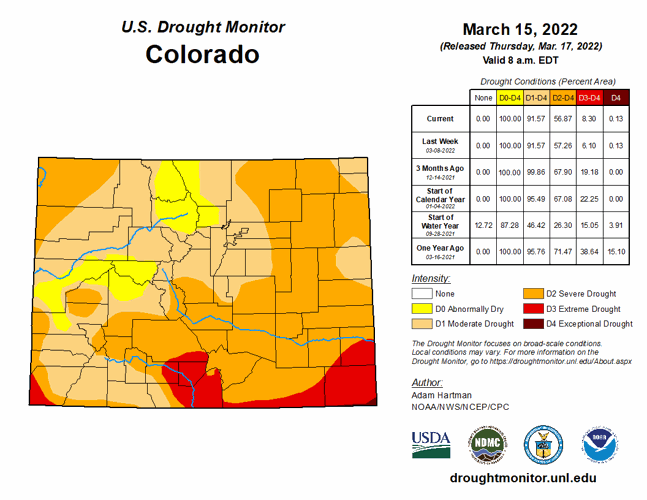 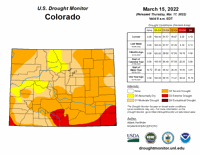 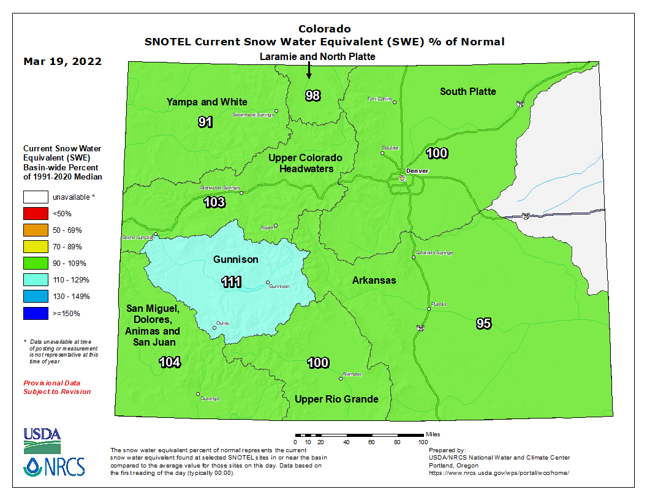 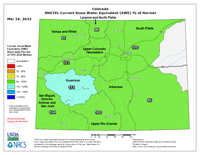 As wintry weather moves in Monday, forecasters are rooting for many more wet and snowy spring days to help the state recover from drought conditions.

The U.S. Drought Monitor shows, as of Thursday, much of the state is in moderate or severe drought, despite strong snowpack across Colorado. The snowpack is tracking close to average in critical basins that supply Colorado Springs, such as the Colorado River and Arkansas River basins. But it hasn't been enough to make up for the compounding poor conditions that the state saw prior, said Greg Heavener, National Weather Service meteorologist.

"If we are not consistent across the year, we quickly fall back into the severe, exceptional drought category," he said.

While spring started Sunday, some of the most important weeks for precipitation are still ahead because March and April tend to be the snowiest for the state. Storms like the warm, wet system expected to arrive on Monday are critical to the overall water supply for Colorado and downstream states, like Kansas and Arizona, Heavener said. The state tends to reach peak snowpack in early April.

The storm is expected to bring 1 to 2 inches of snow to Colorado Springs on Monday and linger through Wednesday morning. The storm could hit the southern Interstate 25 corridor much harder and drop up to a foot of snow in the higher elevations of the Sangre de Cristo Mountains, he said.

"It looks like it's going to be pretty decently wet," he said.

A surplus of snow is needed to help replenish dry soils and help the water actually reach the streams and rivers during runoff. Thirsty soils can soak up the moisture making runoff less abundant even if snowpack is strong.

"We haven’t seen the snowpack build up that we would like to see," Colorado Springs Utilities Water Planning Supervisor Kalsoum Abbasi told the Utilities board on Wednesday. Although the conditions look better than they did last year at this time.

Utilities' water supplies are currently healthy with water storage in the reservoirs tracking above average for total stored water, she said.

The agency is still hoping for more snowfall, in part, because of the critical conditions on the Colorado River Basin arising out of 22 years of drought.

"We need a lot of years of above-average precipitation," Abbasi told the board.

Lake Powell hit a record low last week, falling under 3,525 feet, a target elevation set to help protect the electric generators at the lake. When the lake's elevation falls under 3,490 feet the generators in Glen Canyon Dam stop producing power, according to the Bureau of Reclamation.

Last year the Bureau of Reclamation released water from already stressed reservoirs in the basin to help protect the levels in the lake that supplies 40 million people with water. Those reservoirs included Blue Mesa Reservoir near Gunnison in Colorado and Navajo Reservoir on the Colorado-New Mexico border. The agency has also temporarily started reducing releases from Lake Powell in January 2022 to help preserve levels. The reduced releases are in effect until April.

The lake's elevation is expected to recover this spring, said the agency, in a news release.

The start of this week welcomes the possibility of strong winds, rain and snow, forecasters say.