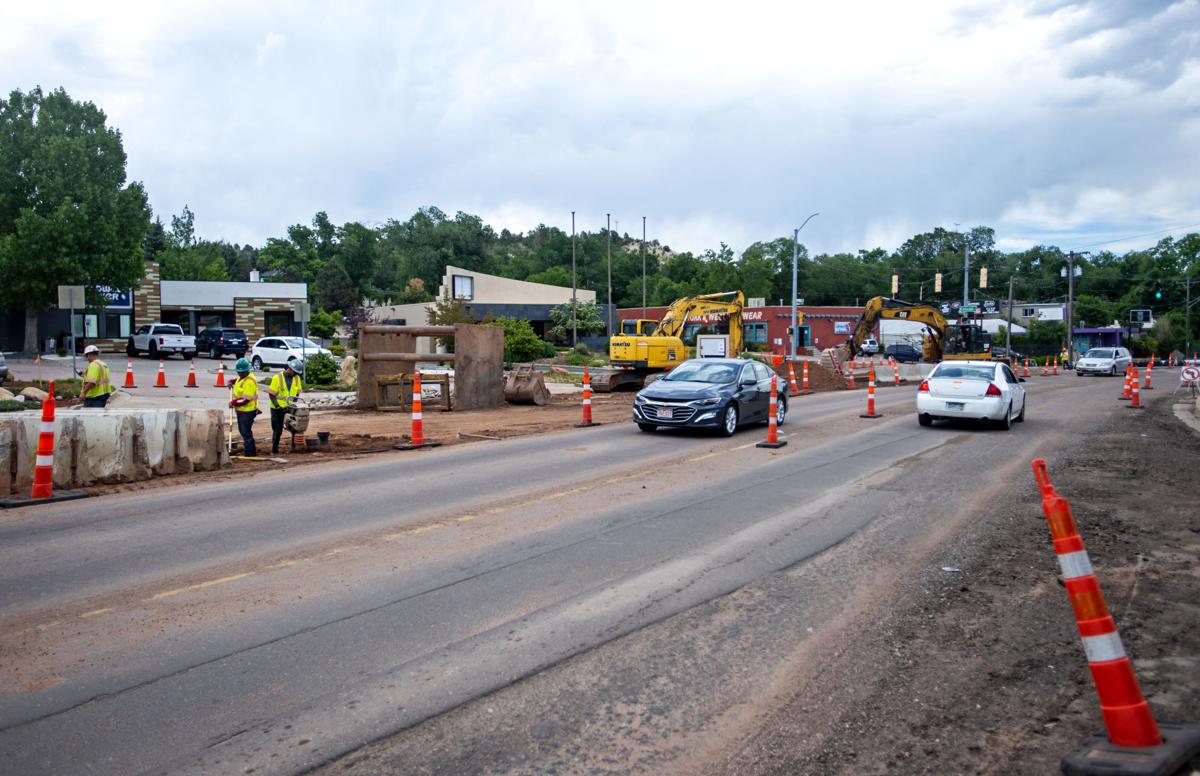 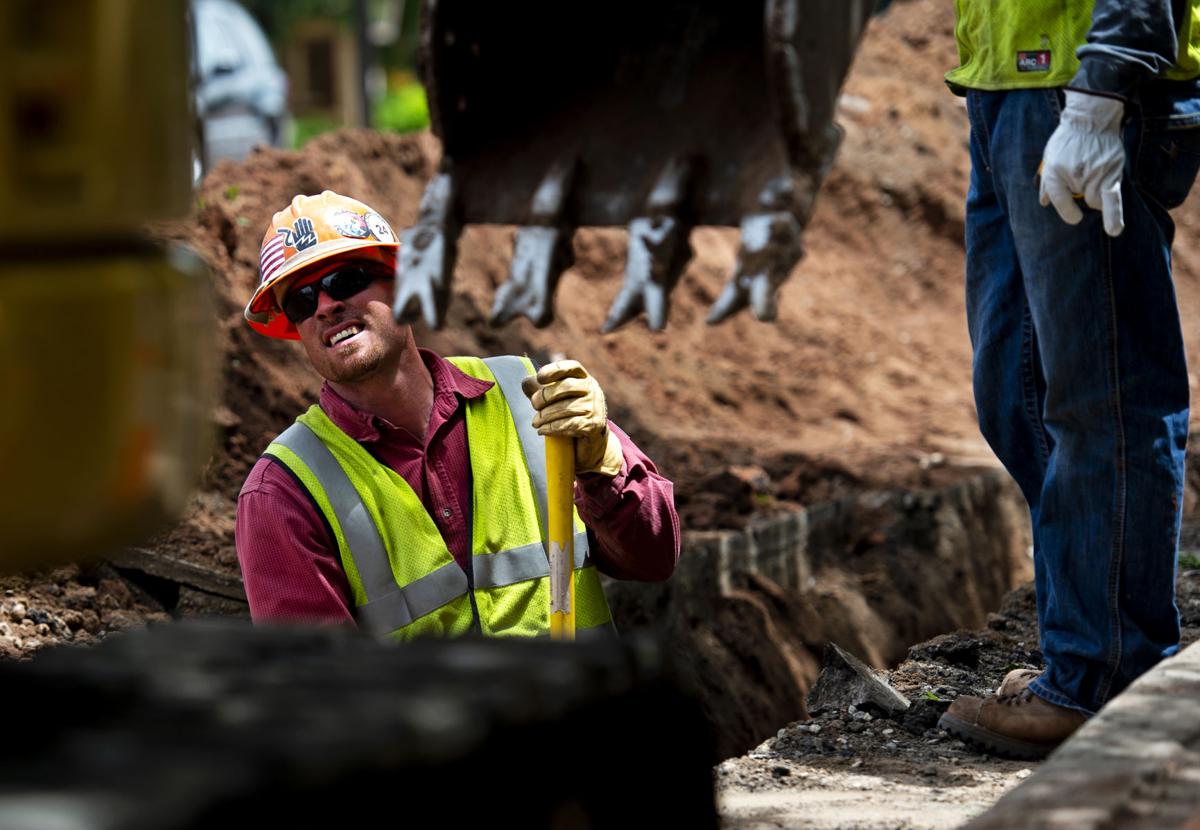 Dylan McCain, an employee with Colorado Springs Utility company looks up at excavator operator that is digging a trench for power lines on the Colorado Avenue on the west side of town on Tuesday afternoon. The company has finished burying all the power lines west of 33rd street, and they will bury them down to 31st street.

Dylan McCain, an employee with Colorado Springs Utility company looks up at excavator operator that is digging a trench for power lines on the Colorado Avenue on the west side of town on Tuesday afternoon. The company has finished burying all the power lines west of 33rd street, and they will bury them down to 31st street.

The end date again has been pushed back for the $41 million construction project on West Colorado Avenue that’s become a more than two-year headache for drivers and businesses along the stretch.

The project, originally slated for completion in December, now is expected to be mostly done by late summer, said El Paso County Project Manager Brett Hartzell. Then crews will complete finishing touches, including landscaping and plaza work, for about a month, Hartzell said.

When completed, the four-lane West Colorado Avenue from 31st Street to U.S. 24 will be transformed into a two-lane span bisected by a center turn lane and lined with bike lanes, wide sidewalks and vintage streetlights.

CDOT celebrates start of $11.5 million repaving project on US 24

Last fall, county officials said the project’s major components would be finished by late 2018, and impacts on traffic this year would be minimal.

In December, officials again said more time was needed, and the project would not be done until June.

The county has blamed the delays on a variety of unexpected obstacles, from torrential rain last July to massive boulders that crews unearthed.

“To this day, we still keep finding stuff underground that we did not foresee,” Hartzell said.

Meanwhile, the cost of the 1.5-mile project, known as the Westside Avenue Action Plan, has risen by about $10 million, from $31 million, since crews broke ground in late 2016. County officials say they always anticipated that increase because design plans weren’t complete at the start.

Crews still are installing a water line along a segment of West Colorado Avenue, Hartzell said, and work has yet to be finished on the Midland Trail, which is partially closed in the project area, and on the Adams Crossing Bridge over Fountain Creek at Columbia Road. Also not yet completed are two plazas, including one for bicyclists and pedestrians on Ridge Road.

Once the roadway and sidewalks are complete, he said, the remaining work shouldn’t have significant effects on traffic.

“With it being a construction project in an old area of town, there’s obviously a possibility of more delays, but we’re hopeful that we don’t find any more,” he said.

Beleaguered drivers shouldn’t expect relief anytime soon, however. State transportation officials broke ground Tuesday on an $11.5 million project to repave U.S. 24 from Eighth Street to the Waldo Canyon entrance. CDOT hopes to limit lane closures along the stretch to nighttime hours, but drivers still will see some effects on traffic during the day, officials said.

Crashes in the I-25 'Gap' have spiked since construction began, data says

Crashes on Interstate 25 from Monument to Castle Rock are up more than 50 percent since construction began to widen the stretch, known as the …