Briargate residents will decide in November whether to resolve a long-standing property tax inequity issue in their neighborhood.

A "yes" vote on question 6B will create a new general improvement district for the neighborhood to care for common areas, such as medians and parks, and ensure that all residents served by the district are paying property taxes. A "no" vote on the question will leave the current special improvement maintenance district in place and it will continue to tax about 75% of the 10,000 homes in Briargate.

If passed, the question would create a new district that would cover all the homes and tax each property owner the same amount as the existing district charges — 4.409 mills or about $32.50 per $100,000 of property value, according to the city. Residents will not be double taxed if the question passes, said City Councilman Randy Helms, who represents the area.

Residents may also pay homeowners association fees to care for common areas and those help take care of areas outside of the district's responsibility and are not related, Helms said. 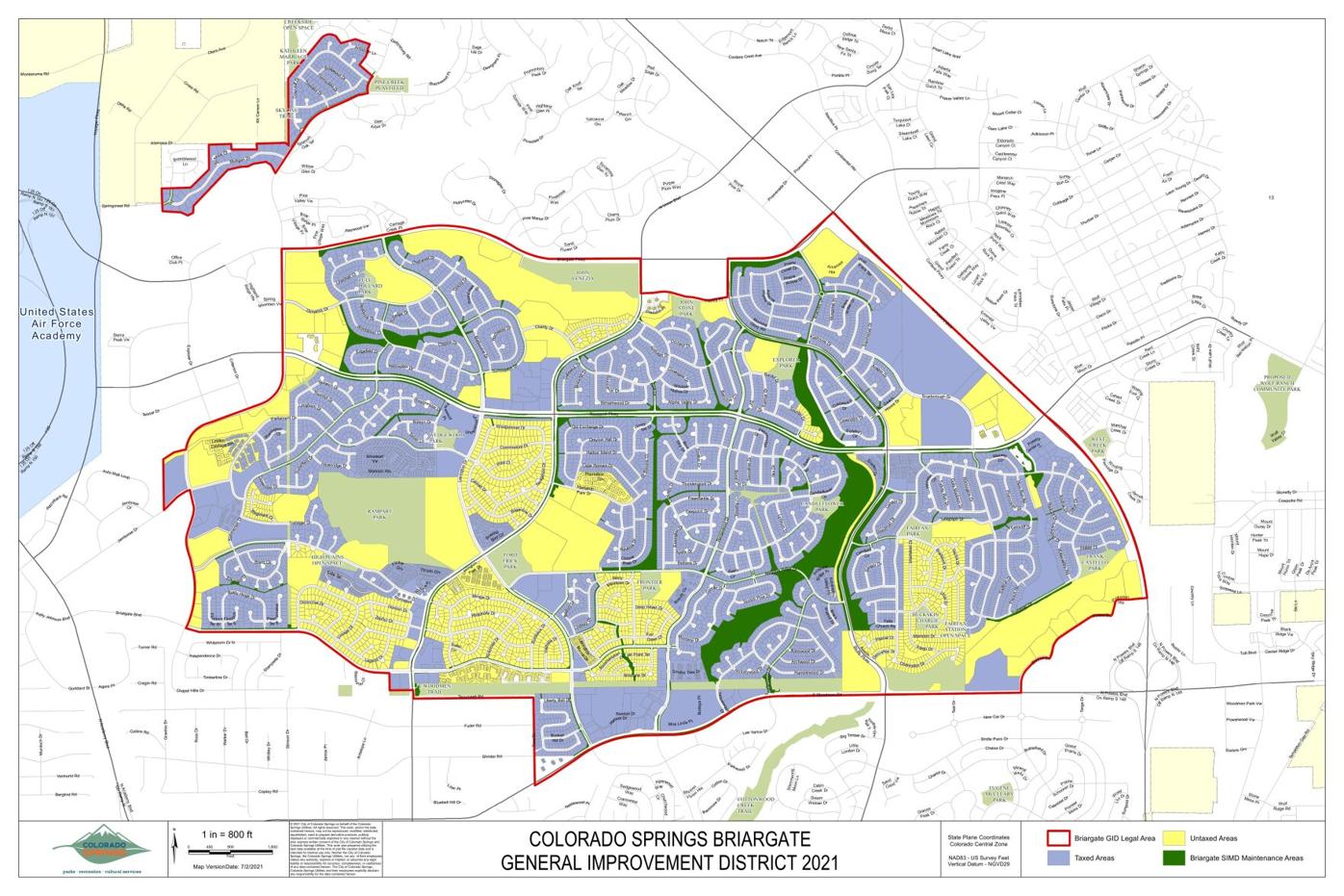 If the new district is created, an expected additional $300,000 in tax revenue will ensure that the parks and recreation employees can start caring for neglected areas within Briargate, Helms said.

"That will significantly increase the maintenance of the areas, especially the blighted areas that need to have attention," he said.

The district currently operates on about $1.1 million, a city presentation from earlier this year showed.

The city and developers are likely responsible for certain areas of Briargate getting left out of the existing maintenance district in the 1980s and not paying the taxes, he said. A citizens group has been working for three years on a way to rectify the problem and backs this ballot question.