Roof replacements, modernized elevators, new generators and heating, ventilation and air conditioning improvements are some of the critical upgrades El Paso County will make to various facilities over the next two years. 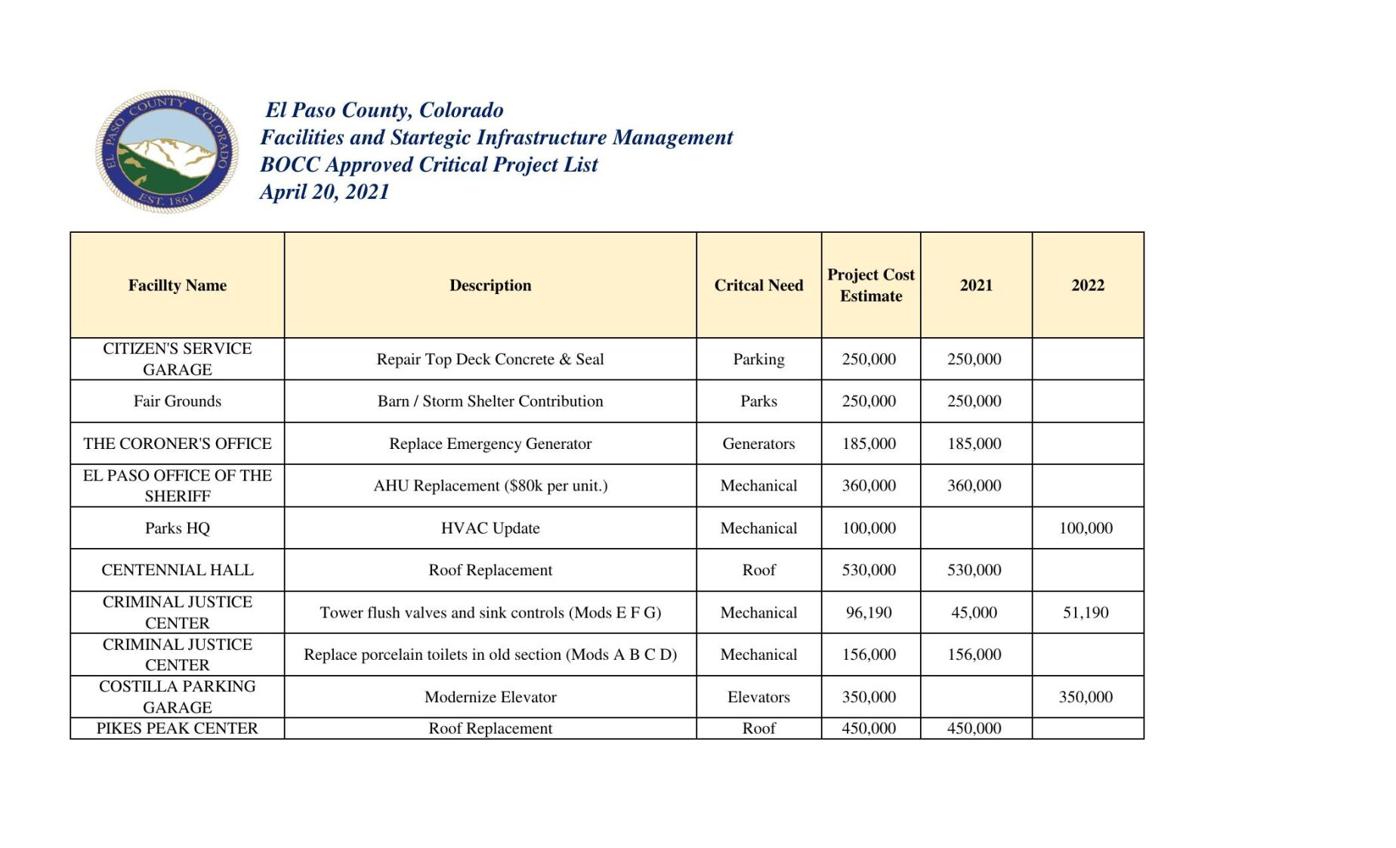 “This money’s going to help us a lot but it’s important that we continue to fund these deferred maintenance items to stop us from having some problems,” El Paso County Facilities and Strategic Infrastructure Management Executive Director Brian Olson said. “It’s really a life safety situation within the county.”

The funds come from the net proceeds of two commercial property sales the county made in November 2019 and September 2020, cash that was earmarked to fund deferred facility maintenance, El Paso County Controller Nikki Simmons said.

The three most costly projects identified on the project list include an estimated $700,000 in elevator upgrades at the El Paso County Jail, and $530,000 and $450,000 respectively to replace the roofs at Centennial Hall and the Pikes Peak Center.

Two of four elevators at the jail need to be replaced while the roofs — both 20 years old — are at the end of their lives, Olson said. Other improvements, such as HVAC updates and emergency generator replacements, will help keep county buildings running efficiently, he said.

The funds will help his department complete needed projects, Olson said, but he told commissioners there were more down the pipeline. His department has identified a total of 164 critical need projects across the county’s more than 3 million square feet of buildings — totaling $35 million in estimated costs, Olson said.

“This money is going to help us a lot but it’s important that we continue to fund these deferred maintenance items to stop us from having some problems,” he said.

The Facilities department is also reviewing a plan to re-commission county buildings, modernizing them and keeping them safe, he said. As those plans move ahead, costs are expected to be above more than $50 million.

Olson said his department will continue working with County Finance to identify funding for critical needs each year.