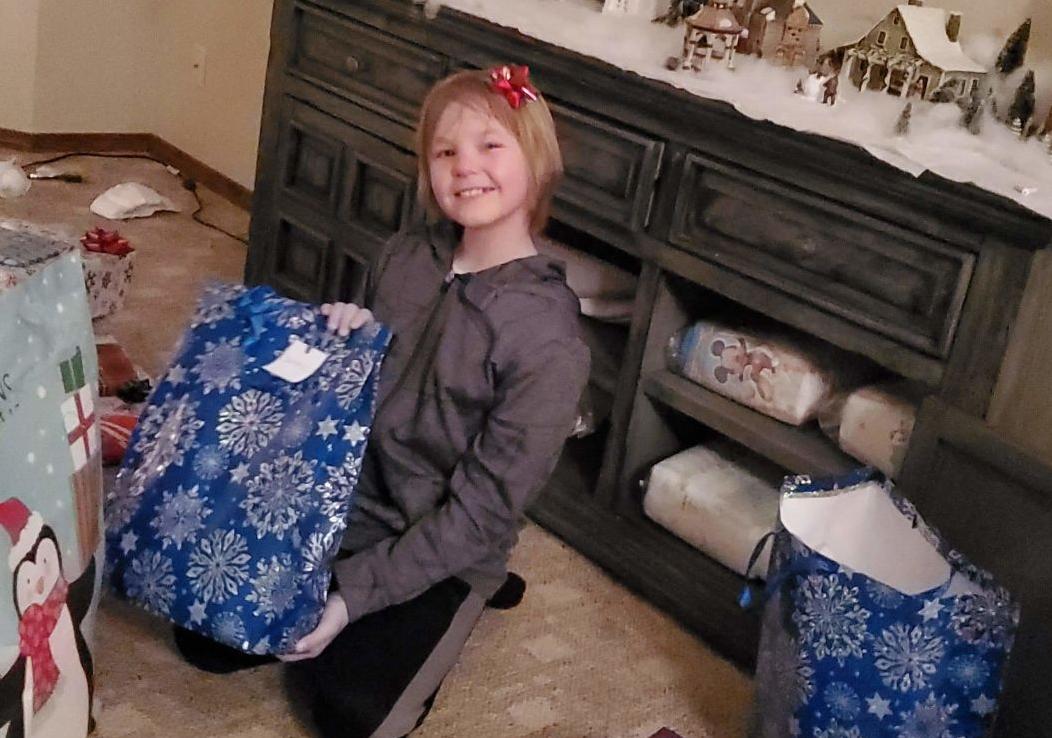 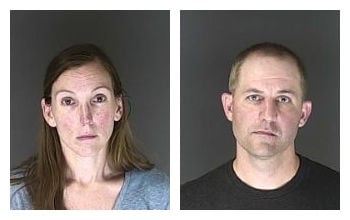 The 4,107-square-foot home in Black Forest where Sgt. 1st Class Ryan Sabin, 41, and Tara Sabin, 42, lived with their family. The couple faces charges of first-degree murder, child abuse resulting in death and six counts of misdemeanor child abuse after their son, Zachary Sabin, 11, was found dead in a urine-soaked diaper this spring, according to the El Paso County Sheriff’s Office. The 5-bedroom, 3-bath house was sold in May. 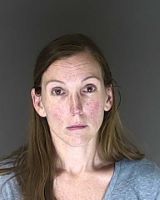 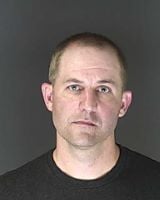 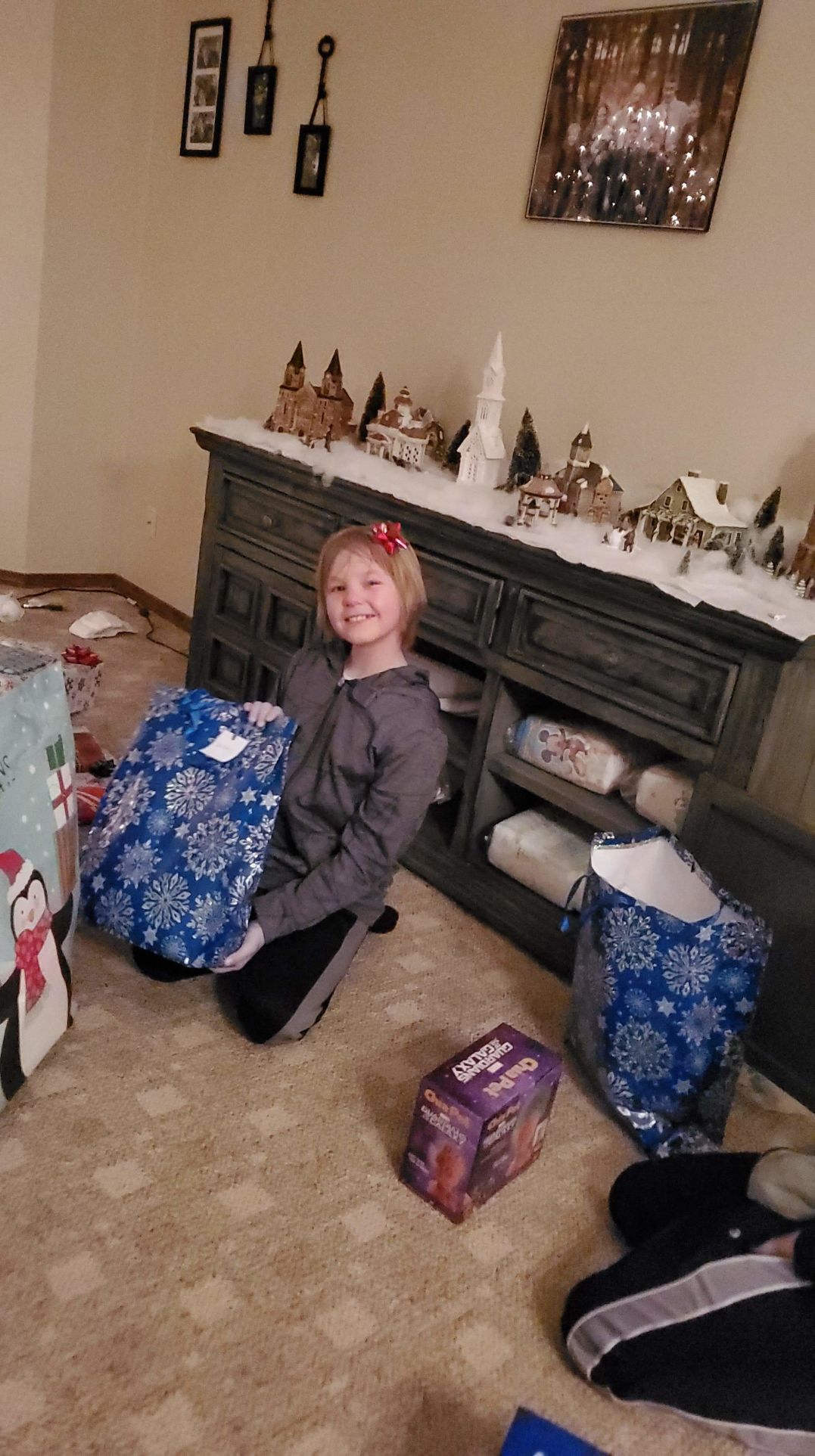 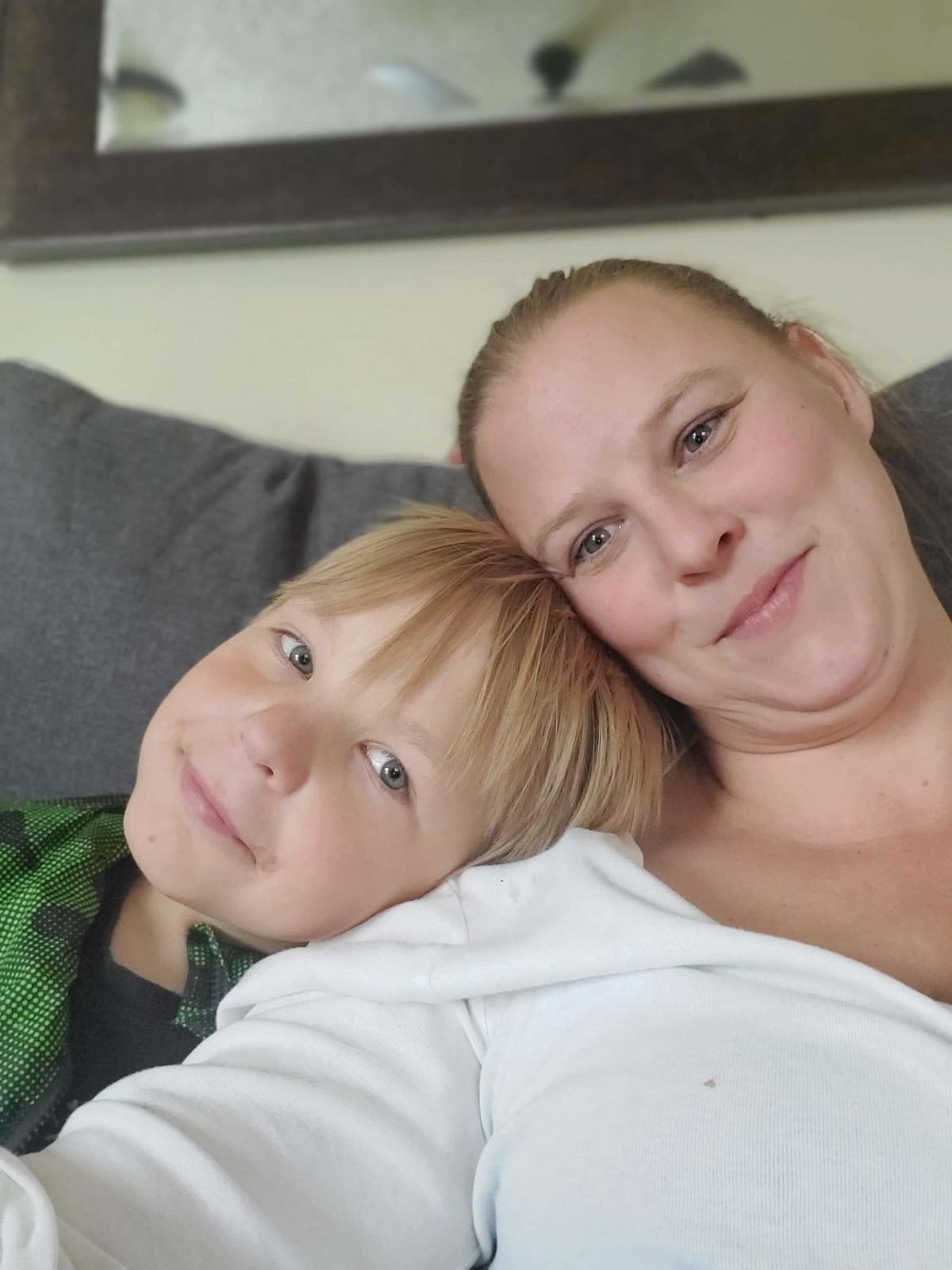 The 4,107-square-foot home in Black Forest where Sgt. 1st Class Ryan Sabin, 41, and Tara Sabin, 42, lived with their family. The couple faces charges of first-degree murder, child abuse resulting in death and six counts of misdemeanor child abuse after their son, Zachary Sabin, 11, was found dead in a urine-soaked diaper this spring, according to the El Paso County Sheriff’s Office. The 5-bedroom, 3-bath house was sold in May.

A Black Forest couple accused of killing their 11-year-old son by forcing him to drink large amounts of water turned themselves in to the El Paso County jail on Tuesday.

Sgt. 1st Class Ryan Sabin, 41, and Tara Sabin, 42, face charges of first-degree murder, child abuse resulting in death and six counts of misdemeanor child abuse after their son, Zachary Sabin, was found dead in a urine-soaked diaper earlier this spring, according to the El Paso County Sheriff's Office. An arrest affidavit says Zachary was also physically abused, and lists five other children as victims of abuse.

The Sabins are being held without bail at the El Paso County jail, according to jail records.

Zachary Sabin, 11, died in Black Forest on March 11. He was a fifth-grade student at Explorer Elementary School in Colorado Springs, according to his obituary.

Ryan was his father, and Tara his stepmother, according to the obituary.

Warrants for the couple's arrest were issued Tuesday morning, and they turned themselves in Tuesday night, according to the sheriff's office.

Zachary died of forced water intoxication, the El Paso County Coroner's Office concluded, after he was made to drink four 24-oz. bottles of water over a four-hour time period, without eating. He began vomiting, developed pain in his legs, and became nonverbal and drowsy before he was put to bed, the autopsy stated.

The Colorado Department of Human Services had been contacted about the family before the boy's death, according to the agency's website. The agency, which investigates child abuse and neglect, did not disclose how it responded, and a spokeswoman couldn't immediately be reached for more information. A spokeswoman later clarified that the department's review of the case was not yet complete.

According to an arrest affidavit, Ryan Sabin called 911 about 6:15 a.m. on March 11 after he found Zachary in his bed with foam coming from his mouth and blood on his bed.

In an interview with deputies, Tara Sabin said Zachary had a hereditary urological issue that caused him to wet his bed, the affidavit said.. After seeing that his urine was dark, she and her husband required him to drink at least two 32-oz. water bottles a day, she said.

When Ryan Sabin came home the night before, he told deputies that Zachary was sipping water and throwing it up, saying that he did not want to drink the water.

He told his son he was throwing up because he was drinking the water too slowly, allowing for air to build in his stomach. He told his son to chug the water, like he did in the Army, while the rest of the family ate dinner.

Tara Sabin told deputies she thought her son was being dramatic, similar to when he would complain about doing exercises prescribed by his physical therapist. She said her son cried and complained that his feet and shins hurt.

Zachary remained in the kitchen while his siblings went to bed, the affidavit stated. About 9 p.m., he told his father that his legs hurt and started to throw a  tantrum while lying on the floor. Ryan Sabin allegedly kicked him twice in ordering him to get up.

Ryan Sabin said he picked his son up and when he let him go, he dropped to the ground and hit his head on the floor, according to the affidavit. He carried his son outside to the deck, thinking that the cold air would “snap Zachary out of his tantrum.”

After a few minutes passed, he brought his son back inside and he lay on the floor and started snoring, Ryan Sabin told authorities. Then, Zachary sat up, crossed his legs and slumped forward and began snoring.

When he told his son it was time for bed, Zachary began walking around the kitchen grunting and making unintelligible noises. His son went into the mudroom, put his hands on the wall, and just stared.

Ryan Sabin told deputies that he put his son to bed about 11:15 p.m., the affidavit stated.

Another child, whose name was redacted, said he saw Zachary throw up at least ten times. He said it was not unusual for his siblings to stay up past their bedtimes, sometimes up until midnight, until their chores were completed.

Five other children — ages  2 to 15 — were also victims of abuse, the affidavit said.

Information on Zachary's death was not released prior to Tuesday because it sometimes "takes us months to finish an investigation to determine if criminal charges need to be filed," said Jacqueline Kirby, spokeswoman for the El Paso County Sheriff's Office.

Zachary was an avid reader who could zip through a book series in a week, his mother, Angela Tuetken, said. Harry Potter was one of her son’s favorite series, she added.

“It would blow my mind, he could out-read me,” Tuetken said.

He enjoyed being outside, loved animals and aspired to be a veterinarian or zoologist, she said.

“He hadn’t changed his mind on that since he was little,” she said. “That kid was very adamant, he knew what he was going to do,” she said, recalling her son staring at ladybugs when he was younger.

“He was a very gentle soul,” the boy's mother said.

Zachary and his brother, Mythias, switched between their mother's and father’s houses every other week since their parents' divorce in 2011, Tuetken said. Zachary also had four half-siblings and four step-siblings.

“He was really good with the little ones. He would always make sure they were safe, play with them a lot, help them get their shoes on,” she said.

On car rides, he would buckle his younger siblings in, sit between them and make sure they had their snacks, she said.

Ryan Sabin is a public affairs sergeant at Fort Carson who has served 18 years in the military, according to post officials. He earned the Army Commendation Medal four times and has served in Iraq and Kosovo.

Tara Sabin appears to have worked as the chief financial officer for TESSA, a nonprofit that helps self-identified victims of domestic violence, according to a June 12 cached version of the organization's website. She has worked for multiple nonprofits and was excited to "use her knowledge and skills to make a difference in the lives of survivors of domestic violence and sexual assault," according to her biography on the cached website.

The website of Altruistic Advisors, a Michigan-based business that offers accounting services to nonprofits, lists Tara Sabin as a nonprofit accounting specialist. A business number lists her in its phone directory. Her biography on its website states that she lives in Colorado Springs with her husband and six children.

A cached version of the website of the American Advertising Federation's Colorado Springs chapter from June 10 lists Tara Sabin as its executive director. Her biography on the cached website states that she was the vice president of finance at Early Connections Learning Centers, a nonprofit childcare organization in Colorado Springs.

A judge on Friday granted a defense motion for a competency evaluation for Letecia Stauch, the woman charged in the slaying of her 11-year-old…