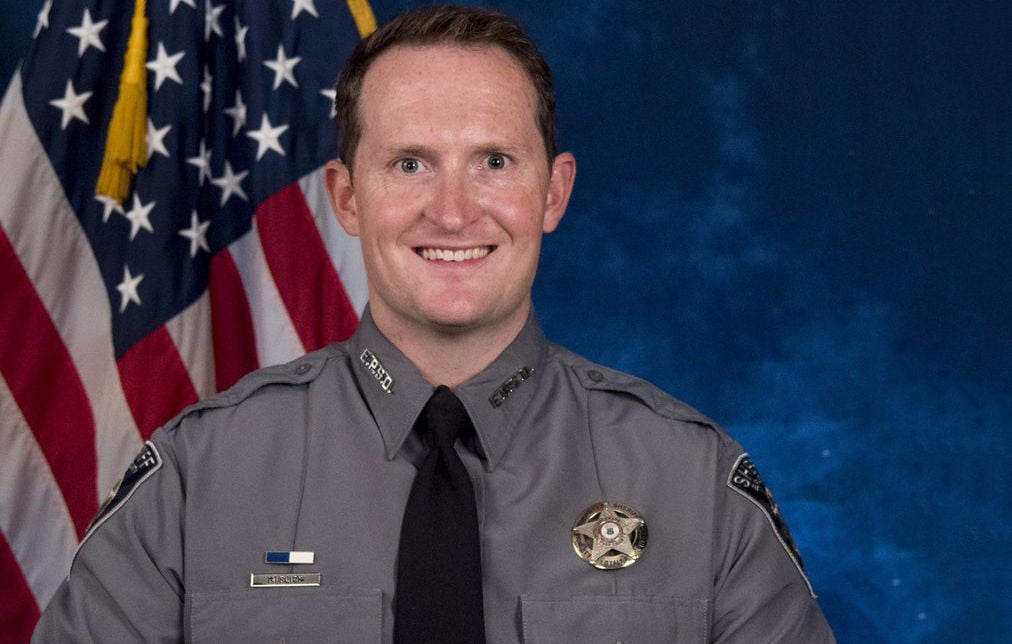 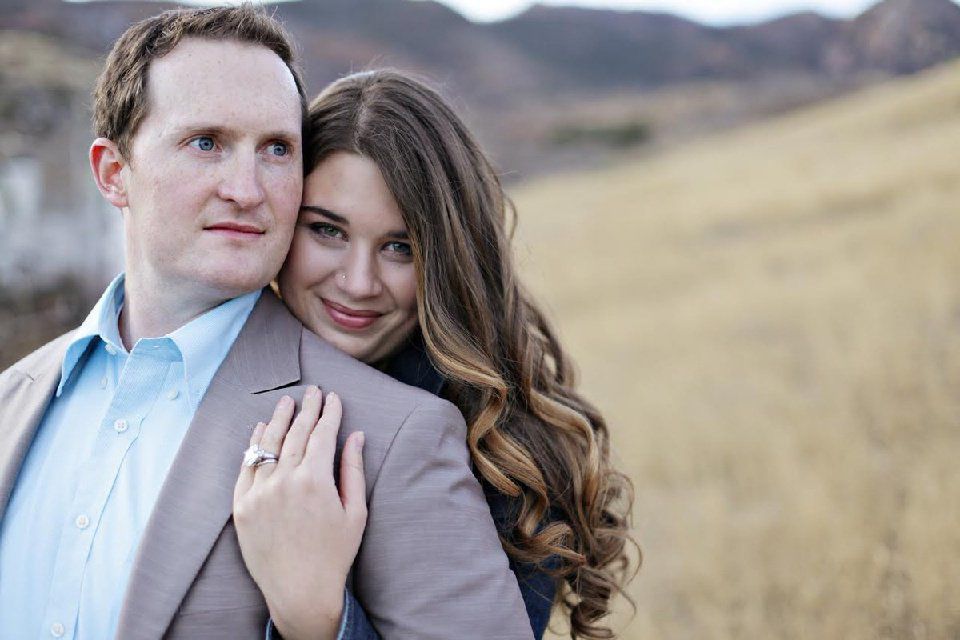 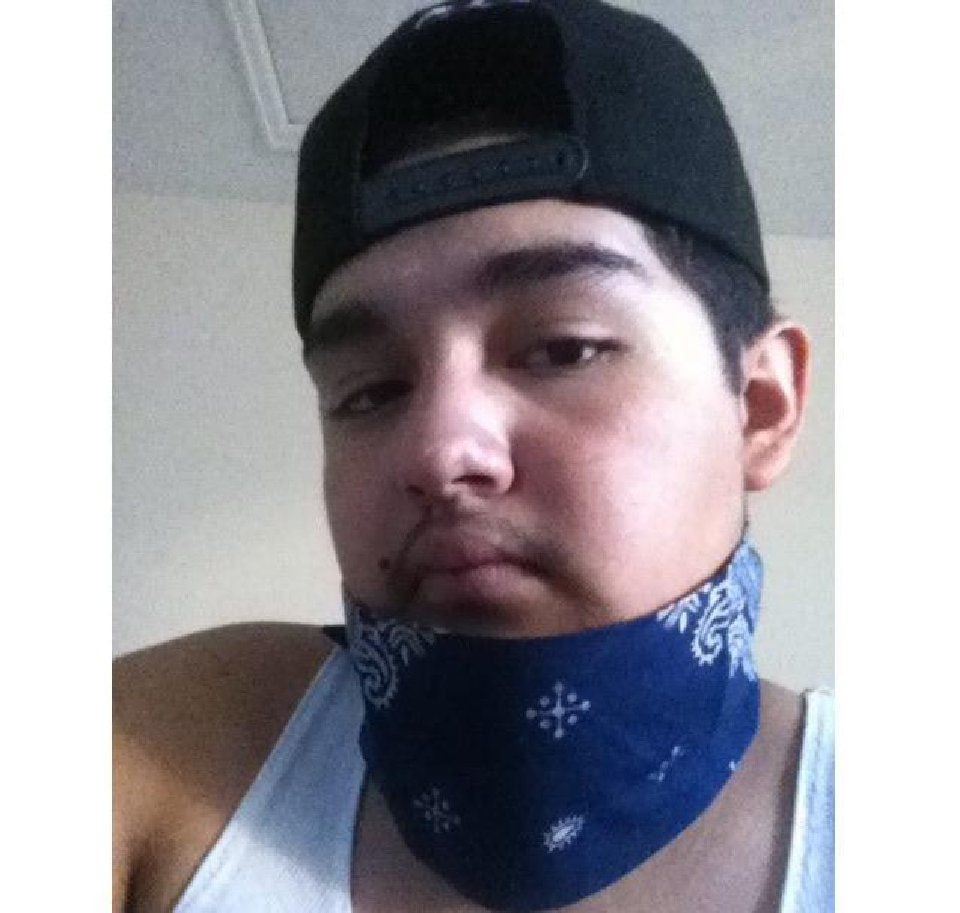 Manuel Zetina is shown in an image uploaded to his Facebook page.

Law enforcement has answered the question with the bare minimum — that Flick was fatally wounded in a shootout while the Beat Auto Theft Through Law Enforcement task force was attempting to arrest suspected car thief Manuel Zetina on Feb. 5. But details such as who shot Flick, the number of gunshot wounds he sustained, and how three other law enforcement officers were wounded in the same scuffle remain unanswered.

And they could forever remain unanswered if El Paso County Coroner Robert Bux has his way.

Bux is petitioning the 4th Judicial District Court to block the release of Flick’s and Zetina’s autopsy reports. Such reports routinely include information about the number of injuries sustained, bullet trajectory, toxicology, among others. The Gazette and the Colorado Springs Independent had requested the reports under the Colorado Open Records Act, and are partnering to hire legal counsel to fight for transparency.

Bux has fought to deny The Gazette access to five other autopsy reports in the past two years. Two of those cases have pending court dates.

As a rule, autopsy reports are public record under Colorado law, but in an “extraordinary situation” the coroner can petition to shield the documents on the grounds that release “would do substantial injury to the public.”

In the Flick case, Bux says the “injury” is the potential of the released information to harm the ongoing homicide investigation, which is currently being reviewed by the District Attorney’s Office to determine whether the fatal use of force against Zetina was justified. It is expected that when that ruling is made, the DA’s office will include in its explanation more details about the shooting that could answer some of the lingering questions in Flick’s and Zetina’s deaths.

But that’s not guaranteed, and even then, it doesn’t appear Bux will be willing to turn over the full reports to verify.

Bux wrote in the petition that Flick’s wife, Rachael Flick, opposes the release as it “would cause additional stress and grief to her family.”

“Release of the autopsy report will stir community conversation and will provide details difficult for (Flick’s) 7 year old children to process as well as other family members, and adds substantial stress to their mother to protect her children from the detailed autopsy description and location of Deputy Flick’s injuries,” the petition said. “This family is still grieving and the release of the report is not helpful for the healing process.”

The petition also said the Sheriff’s Office supports shielding the reports, citing “the privacy issues” of the two other deputies injured in the shooting as well as the Flick family’s privacy.

The attorney for The Gazette and Independent, Steve Zansberg, said he recognizes that “the interests of surviving family members is always at issue in the aftermath of a murder” but argues that withholding Flick’s autopsy on that ground alone would create a precedent that could shield autopsies “in every homicide case.”

Courts have previously ruled “that a substantial injury to the public interest can occur based on the nature of the deaths and the emotional impact to the community and families,” but it was upheld only once, in the wake of the 1999 Columbine tragedy in which a judge ruled not to release the autopsy reports of the 12 students killed. The autopsies were later partially released in 2001.

But Flick was not a private citizen or a minor. He was a law enforcement officer killed in the line of duty, and whose death, some have speculated, may have resulted after deviations from law enforcement policy.

For example, Sheriff Bill Elder said in February that law enforcement officers, though in plainclothes, were identified by appropriate insignia when they confronted Zetina in the parking lot of Murray Hill Apartments. But resident Thomas Villanueva, who got caught in the crossfire and was paralyzed from the waist down, described a different scene.

In a video-recorded interview with The Gazette, Villanueva said he saw “some weird people” who “kinda looked like they were gangsters, but they were dressed nice.” He did not recognize them as law enforcement and he was not given any indication that they were about to confront someone in the parking lot, he said.

Villanueva has since filed a notice of claim — a precursor to a lawsuit — against the city and county, saying the actions of Colorado Springs police officers and sheriff’s deputies during their Feb. 5 pursuit caused him “to suffer serious physical injuries requiring hospitalization and surgeries.” Who shot Villanueva also remains in question.

Local law enforcement officers and witnesses to the shooting also raised questions in a recent story in The Independent about whether protocols were followed that day. Some officers told the newspaper the task force’s members advanced on Zetina with their guns holstered. Others said the members did not identify themselves as law enforcement before Flick “grabbed Zetina from behind, attempting to pin his arms to his side,” the Independent reported.

“We went to a gunfight with a bear hug,” said an officer who was quoted anonymously. The Independent agreed not to name the officer because the person was not authorized to speak on the matter and feared losing their job.

Questions also have emerged about whether Zetina, whose history shows only cooperation with law enforcement, knew who was attacking him when he fired his weapon.

A hearing date to determine whether the reports in the Flick case will be released has not yet been set.

Bux has petitioned to withhold five other autopsies requested by The Gazette in the past two years, largely on the same premise — that releasing the autopsies could harm an ongoing investigation or hinder the interviewing and identification of a suspect:

Oscar Martinez, 42, believed to be homeless, was shot and killed in a Fountain apartment complex on Dec. 6, 2016. A suspect has not been identified. The matter was set to go before a judge Friday, but the Coroner’s Office released the autopsy and rescinded the petition on Tuesday.

Tim Watkins, 60, was a revered cyclist found shot to death and hidden in a shallow grave near the mouth of Limbaugh Canyon in the Mount Herman area on Sept. 17, 2017. His death also remains unsolved. The Gazette will be arguing for the release of Watkins’ autopsy in court on Friday.

Aspiring rapper Nathaniel Czajkowski, 16, was killed in a shooting outside of Albertacos on Oct. 29, 2017. Two of his friends were injured. A suspect has not been identified. A court date on this matter has not been set.

Bella Ritch, 3, died of injuries from child abuse on Oct. 2, 2017. The Coroner’s Office filed to withhold Ritch’s autopsy but then dropped the case in April, two days after police arrested her mother’s then-boyfriend, David Lake, on suspicion of murder.

Donat Herr, 68, the owner of Empire Liquor, was gunned down in the shop during an attempted burglary on Feb. 15, 2016. Three teens have been sentenced in the killing.

The Gazette argued for release of Herr’s autopsy last year and won. In his ruling, Judge Timothy Schutz said, “The case law makes it clear that the Court is not to craft an exception that in effect would become a new categorical exception to the public records act.” If he allowed the Coroner’s Office to withhold details of Herr’s report simply because the case was ongoing, he feared the ruling could set a precedent allowing the Office to withhold all autopsies in which investigations were ongoing.

He ordered the release of the autopsy.

Civilian paralyzed in Colorado Springs gunbattle 'not some lawsuit-hungry guy,' his attorney says

Thomas Villanueva's notice of claim seeking at least $1 million after he was paralyzed in the gunbattle that killed an El Paso County sheriff's deputy doesn't mean a lawsuit is in the works, his attorney said Wednesday. "He's not some lawsuit-hungry guy," said Dr. Joseph Ramos, who holds medical and law degrees. The notice is a placeholder protecting Villanueva's right to sue if law enforcement's investigation into the Feb. 5 shooting determines officers were negligent. That investigation is likely to take months to complete, but Villanueva only has 180 days to make a claim or he forfeits his right to pursue compensation later, Ramos said.