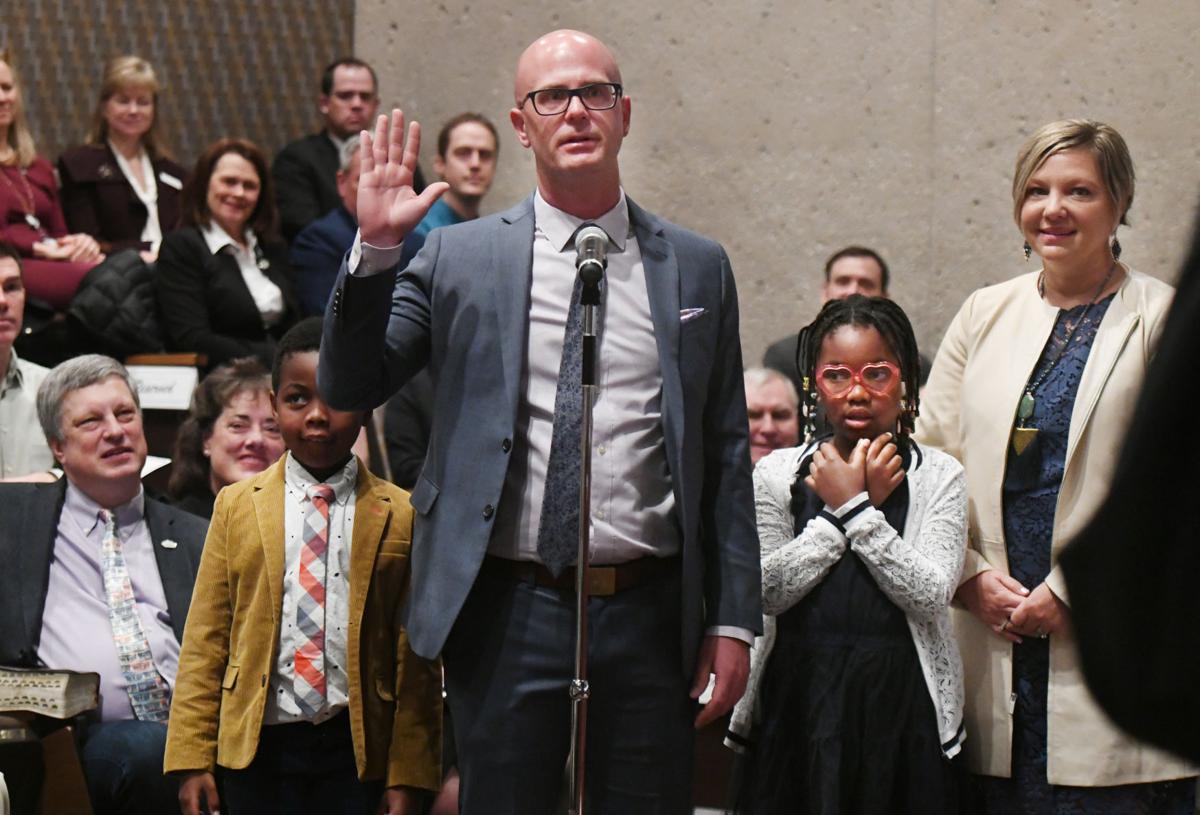 El Paso County officials that were elected in the November election were sworn in at Centennial on Tuesday, January 8, 2019. Dr. Leon Kelly is sworn in as the El Paso County Coroner at Centennial Hall on Tuesday, January 8, 2019. Kelly had his son, Milo Kelly; daughter, Heather Kelly; and daughter Eloise Kelly by his side. (Photo by Jerilee Bennett, The Gazette) 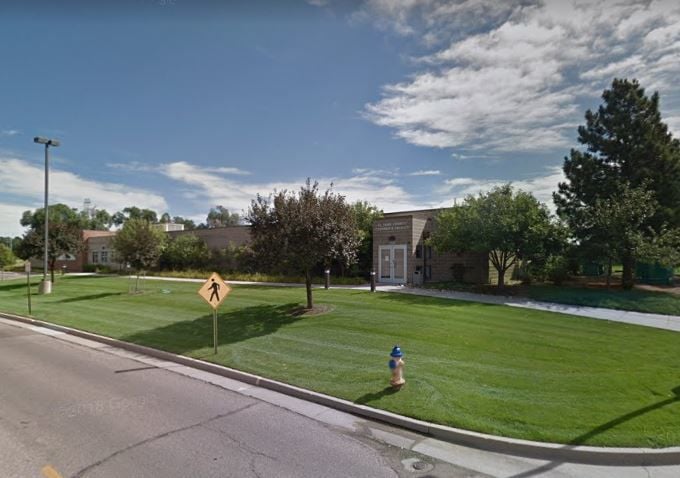 El Paso County officials that were elected in the November election were sworn in at Centennial on Tuesday, January 8, 2019. Dr. Leon Kelly is sworn in as the El Paso County Coroner at Centennial Hall on Tuesday, January 8, 2019. Kelly had his son, Milo Kelly; daughter, Heather Kelly; and daughter Eloise Kelly by his side. (Photo by Jerilee Bennett, The Gazette)

At the El Paso County Coroner’s Office, the role of guiding families through the aftermath of suicides and untimely deaths carries a new directive: a focus on self-care.

In a first-of-its-kind program here, the Coroner’s Office has introduced free, quarterly behavioral health screenings for employees who do the heavy lifting.

Pathologists and investigators known for their stiff upper lips and iron stomachs will be asked to check in with a therapist to discuss the ravages of their job — understanding they aren’t immune from them no matter their demeanor.

“I’m not leaving it up to them to decide whether they get help unpacking the stress of this job,” El Paso County Coroner Dr. Leon Kelly said. “It’s our best chance of taking care of ourselves, so we can ultimately take care of the victims and families that we are here to serve.”

Colorado's jails and prisons house many of the state's mentally ill

El Paso County is the second coroner’s office in the state to offer such a program, after Adams County, which introduced similar services several years ago. The program began in March and covers four doctors, including Kelly, and nine investigators.

The coroner is responsible for investigating unnatural deaths in El Paso County and determining how and why they occurred.

Pathologists, likewise, meet with people in mourning to discuss their autopsies.

Kelly, a former deputy coroner who took office in January, said he will divert part of his salary to cover the $5,000 annual expense. He is to brief the county commissioners about the program on Thursday.

The response from his employees has been encouraging, he said. None reported objections, though a couple of employees asked to see their personal therapist instead. They will be automatically enrolled, but no one will be forced to participate.

The sessions are at a therapist’s office and are confidential and private, in keeping with privacy protections.

The program comes amid what Kelly called a “national shift” in which public agencies that deal with tragedy — police, fire and ambulance services among them — are increasingly willing to acknowledge and confront the jobs’ lingering effects.

“The worst things people can be and do to each other is what we do,” Kelly said. “Just because we’re doctors doesn’t mean we aren’t affected the same way.”

Kelly looked to the El Paso County Sheriff’s Office in devising the program, crediting Sheriff Bill Elder with taking the lead in the Pikes Peak region in providing for the mental well-being of patrol deputies.

Taking a public stance on behavioral health as a coroner might seem odd, but it fits with the job, Kelly said. El Paso County’s suicides have doubled in the past decade, giving it the fastest rising rate of suicides among major counties.

Reducing the toll means convincing people that mental health is no different from physical health, except the culture of silence that surrounds it.

Nearly everyone has encountered someone with severe mental health challenges, and Kelly said he’s no different.

During a recent meeting of the local chapter of the National Alliance on Mental Illness, where Kelly serves as a board member, the coroner spoke about growing up with a mother who suffered from bipolar disorder and borderline personality disorder — though she didn’t know it at the time.

Kelly was in medical school reading from a standard resource on psychiatric disorders when he began to connect the dots behind her turbulent mood changes.

“My mother attempted suicide when I was 18,” he said. “When I’m talking to a family about their loss and the questions that undoubtedly come after a suicide, I’ve been sitting in that chair. I’ve had those same questions. It certainly gives me a great deal of empathy and insight into what they’re going through. And In the importance of having those conversations.”

Gov. Jared Polis was busy this week signing bills into laws aimed at helping Coloradans get help with their mental health when they need it.