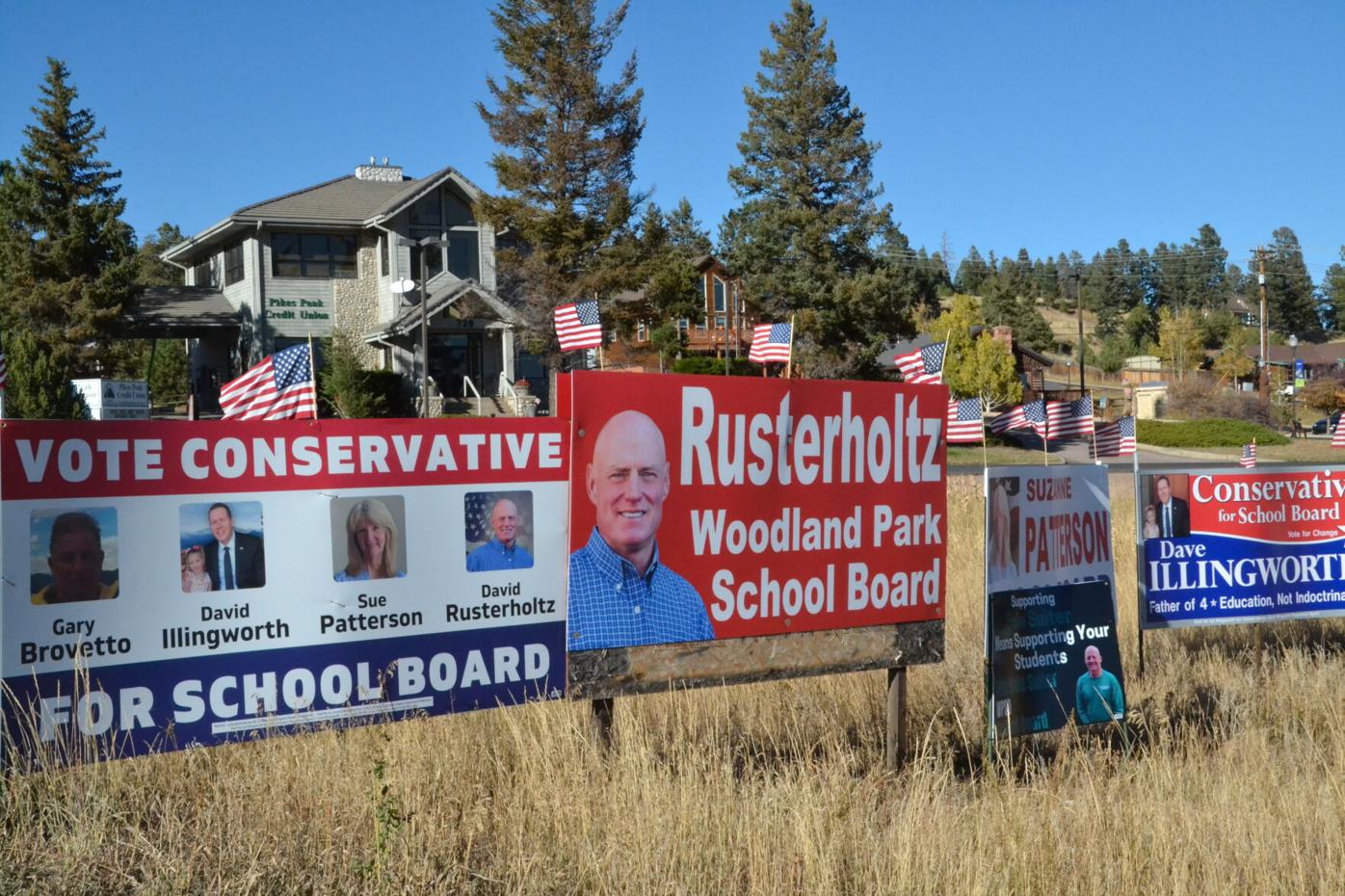 Woodland Park School District RE-2 has nine candidates, including a slate of four who promote themselves as conservatives. 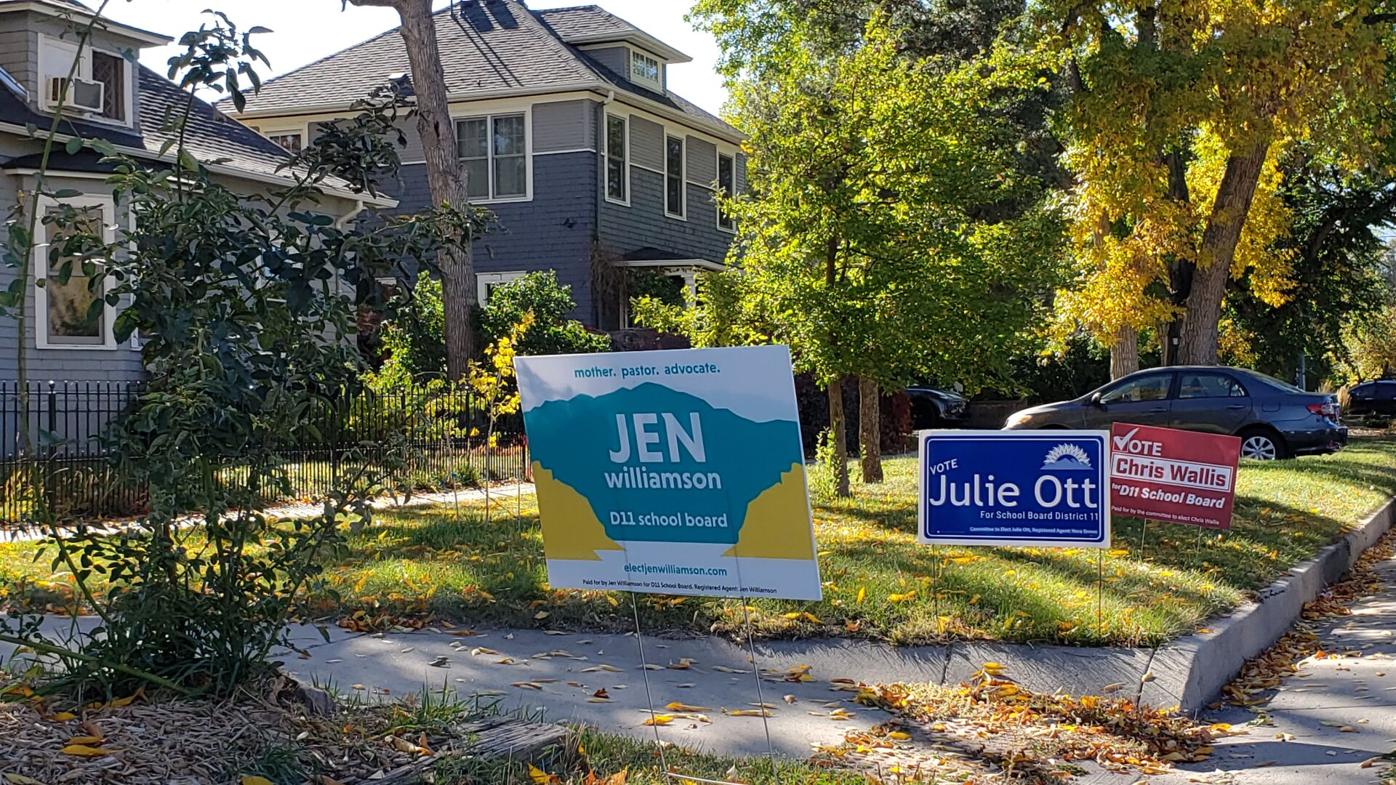 Woodland Park School District RE-2 has nine candidates, including a slate of four who promote themselves as conservatives.

Competition for normally low-profile school board races has ratcheted up, with 12 of 17 Pikes Peak region school districts having multiple candidates to choose from on the Nov. 2 ballot.

It's no surprise to University of Colorado at Colorado Springs Professor Josh Dunn, chair of the political science department and director of the Center for the Study of Government and the Individual.

“It used to be that local and state races weren’t affected a lot by what’s going on at the national level,” Dunn said, “but this could be carrying down into school board races.”

Across the U.S., local school board races have emerged as an intense political battleground in the Nov. 2 elections, with much at stake for students.

Parental protests over COVID-19-related mask mandates, gender-neutral bathrooms, and teachings about racial history, sexuality and social-emotional learning are being leveraged into full-fledged board takeover campaigns that will get their first widespread test in just a few weeks.

The thousands of local school districts in the U.S. make it difficult to know how many sitting board members are facing challenges next month from conservative-leaning community members. But the challenges appear widespread.

In Wisconsin, a conservative legal institute is providing free legal advice on school board recalls to parent groups. In Iowa, Gov. Kim Reynolds, a Republican, has taken the unusual step of endorsing a conservative candidate for a local school board seat. And in Colorado, a group calling itself MAD, which opposes remote-learning during the pandemic and what it says are partisan leanings in curriculum, is endorsing like-minded school board candidates.

“It feels like schools have become a political battleground, and they shouldn’t be,” said Dan Maloit, a former Army Green Beret who runs the Colorado group. “Kids should be able to walk in and not know what their teachers believe politically or their administrators and be protected from what society’s arguing about so that they can focus on learning to read and write, understanding math, learning an unbiased history.”

Another development that candidates might want to weigh in on is new curriculum such as critical race theory, Dunn believes, an issue that has sparked debate in schools nationwide.

“School boards typically have significant authority to dictate curriculum and say certain things are or aren’t going to be taught,” he said.

While teachers have limited freedom, in practice they exercise a “fair amount of discretion in what gets discussed,” Dunn said, as it’s difficult for school or district leaders to constantly monitor every teacher’s work.

Securing a school board seat can be an entryway to elected public life, though “it’s not the common gateway drug to political office,” Dunn said.

School board races are nonpartisan and voluntary in nature, however, candidates often divide their voting preferences along party lines because “a lot of the issues surrounding education end up having a partisan tenor to them,” he said.

Some candidates join together and run as a slate, with a particular focus, such as four of nine candidates in Woodland Park RE-2 campaigning on a conservative platform.

"A lot of people will look at a school board race and say I want to get involved, but I'm one person, and to actually implement change, they need, three or four (like-minded) people," Dunn said.

Though seats in several school districts have attracted many contenders — including 11 people vying for three open seats in Academy D-20, for example — Dunn said he’ll be watching to see whether stepped up interest in winning a bid affects voting behavior.

“Are we going to see increased voter participation?" Dunn wonders. “Probably, but who knows?”

“It’s really demoralizing and sad that we’ve lost that focus on what we really should be about, which is the students,” she said. “It really seems that adult issues have monopolized the conversations versus thinking about the needs of our students.”

A look at state measures on Colorado's 2021 November ballot