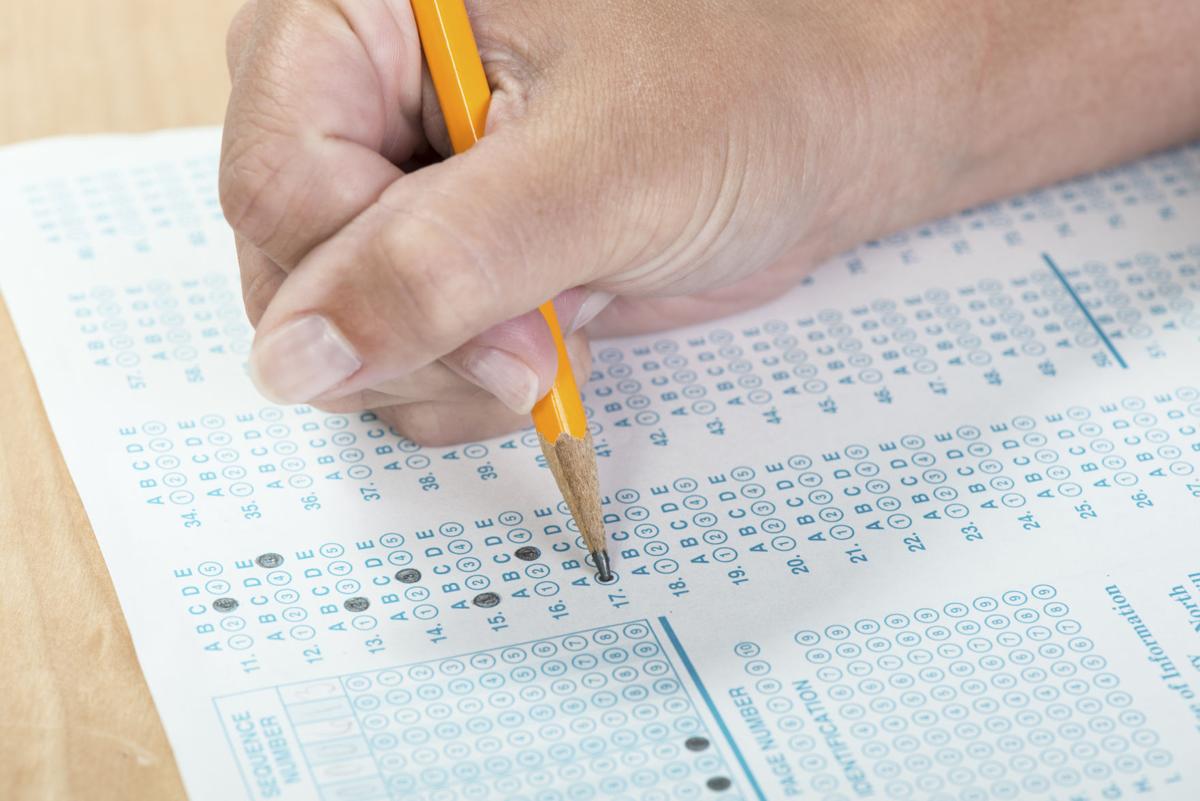 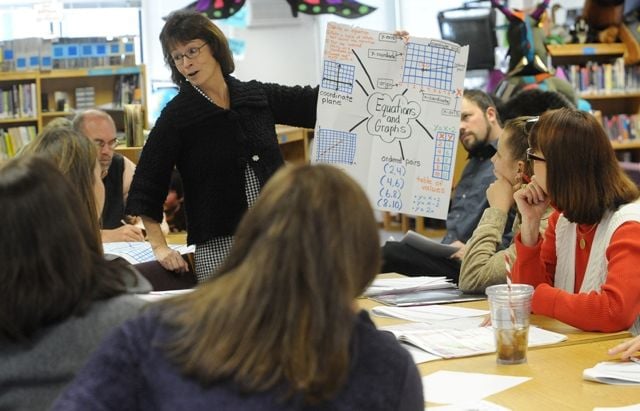 Statewide scores on English language arts, math, science and social studies have improved since 2015 and 2014, when the current testing format began.

“We’re definitely seeing a trend in terms of improved achievement across grade levels, and that is good news,” said Joyce Zurkowski, chief assessment officer for the Colorado Department of Education. “But we’re not advancing as quickly as we’d like.”

Local proficiency in science continues to lag, too, with about a third of students in the two counties meeting or exceeding standards.

After five years of comparative data, teachers are becoming more familiar with the material and grade-level expectations, and one of the reasons for the gains is the priority set on reading by third grade, said Floyd Cobb, executive director of teaching and learning for the state Department of Education.

“We are finally getting to a place with this current assessment where it’s becoming more usable,” he said.

Doing so increased participation and interest, he said. “Our parents and students find value in the PSAT and SAT tests because they’re college-bound, and it gives them a target.”

Test participation became a statewide problem in 2014, when parents and students protested Colorado’s use of the politically charged Common Core State Standards, questioning their time commitment and usefulness.

Colorado lawmakers changed the system to state-created academic standards and accompanying exams. They also reduced the amount of time spent on testing and made other improvements. Since then, most state districts are meeting the federal requirement of 95% participation.

Lewis-Palmer D-38 in Monument posted the lowest participation rates in the region for 2019: 78% in English language art and math, and 69% in science.

Schools in D-11 dominated the local list of top schools in terms of gains this year over 2018.

“When we see a school like Edison Elementary, with 80% economically disadvantaged students, in the top 10% statewide for growth, that’s where we try to focus our attention,” he said. “There’s no magic trick to see students and teacher thriving — it’s a long-term commitment coming to fruition.”

But overall growth is slower than expected across the state, Zurkowski said.

“We’d like to see gains be made more quickly and also for our gaps to show narrowing,” she said. “At this point, it is the gaps that are most concerning.”

The gaps between white students and students of color, those from economically disadvantaged households, English language learners and special-needs students have remained relatively unchanged since 2015.

Sixteen districts in El Paso and Teller counties had significantly smaller gaps than state averages between students from low-income families and other students.

Harrison D-2 had the lowest gap at 10.3%; Widefield D-3 and Fountain-Fort Carson D-8 were at 11.1% gaps. Only Lewis Palmer’s gap of 29.8% exceeded the state average among the area’s eight largest districts.

The eastern plains’ District 49, the third-largest in the area, saw scores improve in almost every grade level, every test and every group of students, including ethnic subpopulations, said Amber Whetstine, executive director of learning services for D-49.

“It’s been a slow but steady upward trend in academic achievement,” she said.

The keys have been district administrators supporting principals, who in turn support teachers in the classroom, along with targeted assistance for students who have fallen behind, regardless of whether they plan to attend college or enter the workforce after high school, she said.

Whetstine also credits a districtwide emphasis on literacy for kindergarten through third-graders over the past five years. The district program uses READ ACT materials.

“Ensuring students have the foundational skills they need by third grade, demonstrating they can read by third grade is essential,” she said, adding that the district’s efforts received recognition from the state education department as a “promising practice” in building foundations.

Fountain-Fort Carson School District 8 was the only one of the region’s eight largest districts to show consistent progress in English, math and science from 2017 to 2019.

Fountain-Fort Carson is an unusual district, with about three-quarters of its students from military families. Student turnover is high. Just one to five kindergartners who started the school year in August still will be a student in the district when school ends in May.

Cooper points to several initiatives the district has started for achievement, including ensuring teachers have time to study the data and do minute-by-minute assessment in the classroom.

“It gives kids the opportunity to tell the teachers how they are doing and creates a two-way conversation between kids and teachers,” she said.

D-8 also has changed textbooks in English language arts and math in recent years to the College Board curricula, which Cooper calls a major shift.

“We noticed when the standards changed, our resources were not aligned,” she said. “So we started the adoption process in sixth through 12th grade and now are all the way down to K-5, which we are implementing this year. It’s working.”

Most school districts in the Pikes Peak area had a drop in SAT scores between 2018 and 2019. Only three of 14 districts tallied gains, with Fountain-Fort Carson the only large district to improve, rising 7 points to 978.

Five districts had average scores higher than the state average of 1011.

Cheyenne Mountain led the region with a median score of 1151. Edison 54-JT, Lewis-Palmer D-38, Academy D-20 and Manitou Springs D-14 were the other four.

State education officials finished revising the academic standards in the spring of 2018.

“Right now, we’re in a middle ground transition,” Zurkowski said. “Districts are beginning the transitional process for when they come online in 2020.”

Zurkowski said the changes are “relatively small” for English language arts and math and “more substantial” for science.”