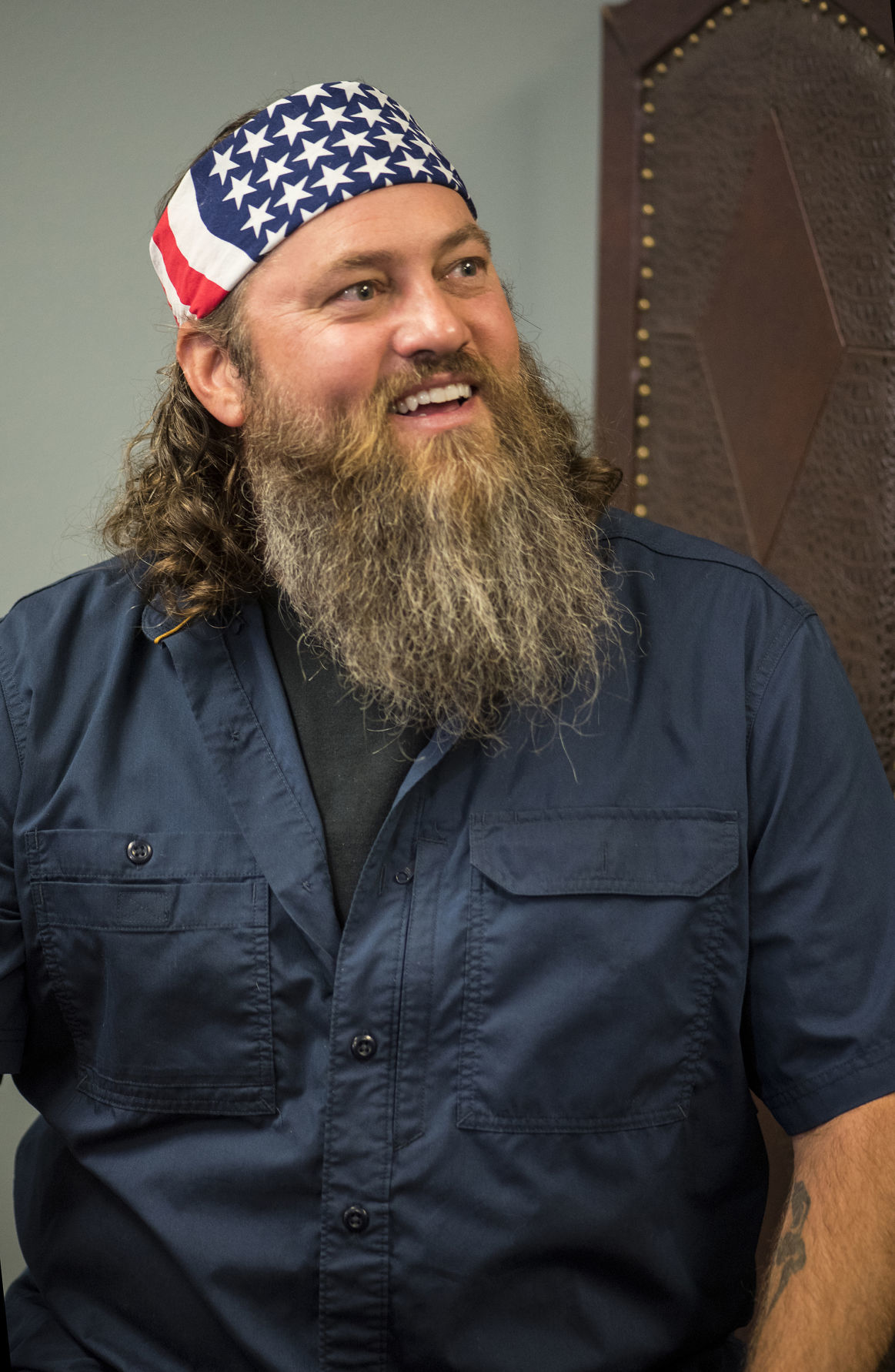 “Duck Dynasty” star Willie Robertson spoke to media on Thursday, June 13, 2019 at Charis Bible College in Woodland Park before taking the stage as a keynote speaker at the fourth annual Kingdom Business Summit. (Rob Kelley, Special to the Gazette) 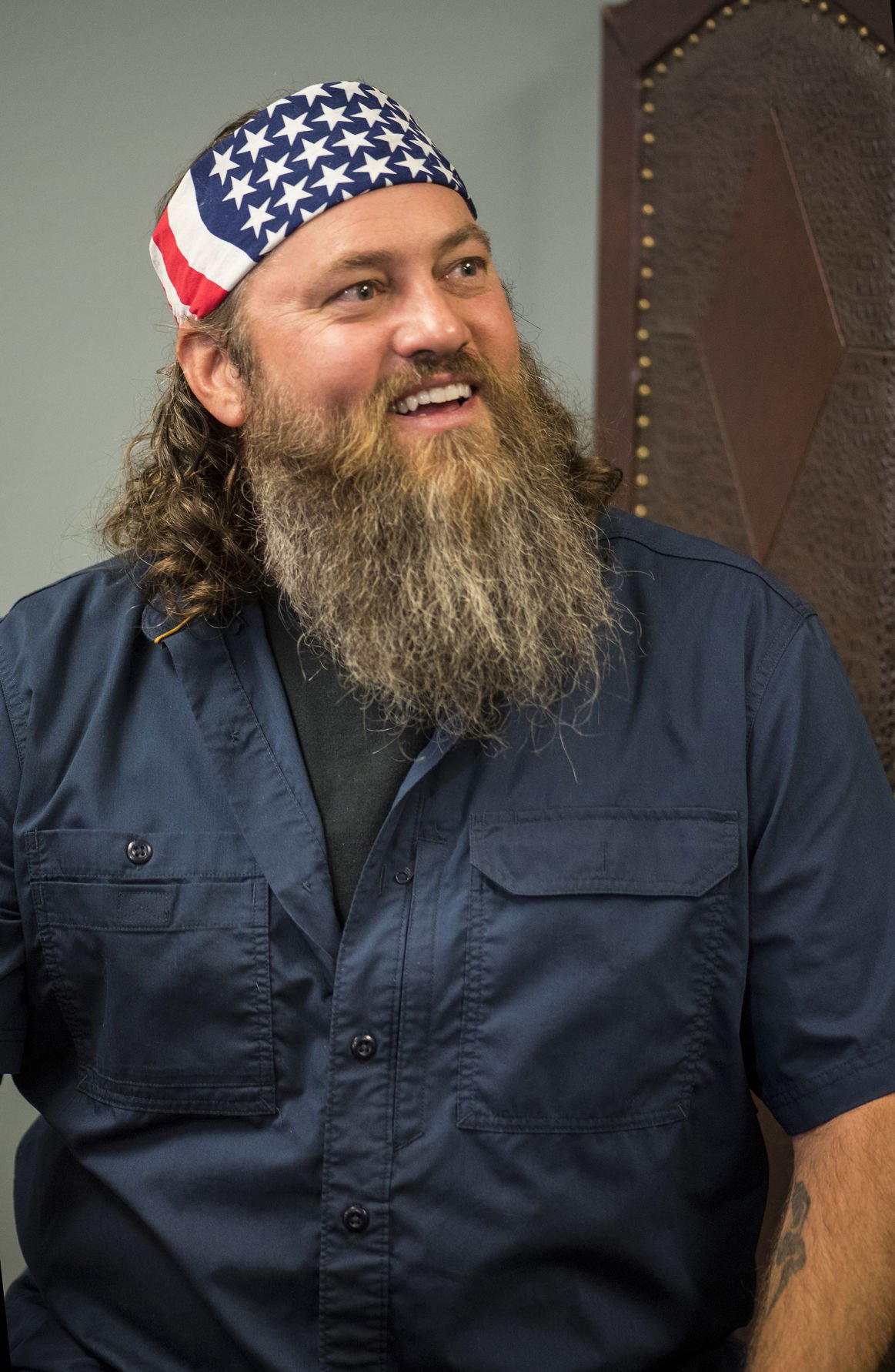 “Duck Dynasty” star Willie Robertson spoke to media on Thursday, June 13, 2019 at Charis Bible College in Woodland Park before taking the stage as a keynote speaker at the fourth annual Kingdom Business Summit. (Rob Kelley, Special to the Gazette)

WOODLAND PARK • “Duck Dynasty” star Willie Robertson is prepping for a return to TV, but this time more behind the camera than front-and-center.

At a media event Thursday before headlining the fourth annual Kingdom Business Summit at Charis Bible College in Woodland Park, Robertson said that he and his wife, Korie, just started a production company.

“We’re looking at different television shows, and really the same kind of messages — positive shows the whole family can watch,” he said. “We may be on some shows, we may not.”

The two are reviewing stories of people throughout the nation “who are doing great things, who overcome things, who are striving to do better things,” Robertson said.

“This world’s getting so toxic in some ways, not agreeing with each other. We’re trying to bridge the gap, bring people back together so we’ll be happier as a society, I guess.”

Robertson and his parents, brothers, wives, children and other family members became household names as stars of the A&E reality-TV show “Duck Dynasty,” which premiered in March 2012 and ended after 11 seasons in March 2017.

The show gave an inside look at the lives of the Louisiana family and their business, Duck Commander, which patriarch Phil Robertson started in 1972 after inventing the double-reed duck call for hunting.

With the men’s long beards, Southern drawl, conservative Christian views and homegrown humor, the show broke numerous viewership records. In 2013, it was the most-watched nonfiction cable series in history.

Wearing a signature bandanna with stars and stripes, Robertson said Thursday he thinks “Duck Dynasty” appealed to the masses because of its universality.

“Everybody can relate to the family aspects — maybe they’re not exactly like our family but we’ve heard over the years, ‘Hey I’ve got an uncle just like your uncle,’ and ‘My dad was like that,’” he said. “People found some of themselves in our family.”

Ending each show with a prayer also resonated with many viewers, Robertson said.

“Even if they didn’t do that, they could strive to do that,” he said. “We heard stories about people praying around their dinner table and coming together. Those were the keys.”

But also, “It was a funny show. It was easy to watch and laugh.”

Not all have always found the show’s star funny or lighthearted.

LGBTQ groups and others objected when, in an interview with GQ magazine in 2013, Phil Robertson disparaged gays, calling homosexuality a sin.

In the same interview, he also said black people were happy in Jim Crow-era Louisiana. A&E announced Robertson would be suspended from the show but reversed the decision nine days later.

After 130 episodes over five years of shooting the family at their home and business, Robertson said he was done before it was done.

“I was surprised at the level of success,” he said. “We didn’t have a clue what we were getting into. We’re just regular people — we didn’t necessarily try to be on TV. We just ended up there.”

Now, “It’ll be fun to get back into it (television) and see what happens.”

Robertson also this summer is working for his son, John Luke, one of the couple’s six children, who runs the family’s nonprofit Christian youth camp, Ch-Yo-Ca, in northern Louisiana.

“I’m his chief maintenance guy, and I work for him for zero pay,” Robertson quipped. “I’ve been renting heavy equipment, tearing up stuff in the woods. I had the same job when I was 20.”

He does three to four speaking engagements each month around the nation, referencing some of his books, including “American Entrepreneur,” released last year. His wife, Korie, who’s also an author and business entrepreneur, has relatives in Colorado and has been featured on Focus on the Family broadcasts over the years.

The couple has one grandchild, another on the way and an upcoming wedding, with this week’s announcement of the engagement of their daughter, Sadie.

At Charis Bible College’s business summit, which runs through Friday, Robertson talked about faith, family and a little about ducks. He kept his presentation light but included how strong Christian beliefs helped shape their business.

Robertson, 47, is now CEO of Duck Commander, the best-selling duck call brand in the United States, along with Buck Commander, trademarks on apparel, hunting gear, food and other items. The companies are based in West Monroe, La., where their TV show was filmed.

“We’re not a Christian business; we’re just a business that happens to be full of Christians,” he said.

“We make duck calls, which are not necessarily spiritual, but we’re holding out that there’s duck hunting in heaven.”

His main advice for all business people: “Take your time” — people are in too much of a rush to have instant success — and “Be content with where you’re at.”

“My father was always content. We were happy with what we had and just waited for opportunities to come up. I learned that from him,” Robertson said. “He stuck with it. That was important, to stick with something and not give up too fast.”

11 well-known actors who went to high school in Colorado

How many of these actors would you have guessed are from Colorado?For more Gazette lists, check out our lists page