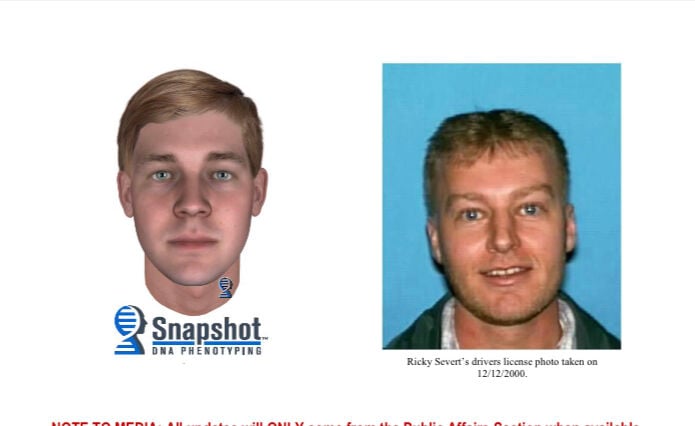 At left, a composite sketch of the murder suspect based on DNA evidence. At right, Ricky Severt. 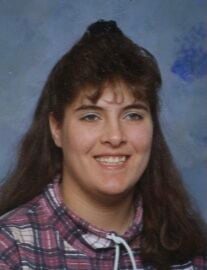 DNA has tied a former maintenance worker at Memorial Hospital in central Colorado Springs to the 1999 rape and murder of a hospital kitchen worker, police said.

Authorities say that Ricky Severt — the man believed to be responsible for the long-unsolved slaying of 23-year-old Jennifer Watkins — was killed in an El Paso County car crash in 2001, depriving Watkins' survivors of the opportunity to see him brought to trial.

“Though we cannot prosecute Mr. Severt for the crime he committed, we can at least provide answers to Jennifer’s loved ones,” the 4th Judicial District Attorney’s Office said in a news release.

DNA testing on Severt’s surviving relatives found that Watkins’ likely killer had a greater than 99% chance of being a member of their family, leading prosecutors to say they are "confident" he was responsible.

Watkins, of Fountain, was found dead Nov. 8, 1999, at Memorial Hospital, where she was a member of the kitchen staff. Two repair workers found her under a stairwell inside, days after her husband, Michael, and her mother, Irene Skinner, reported her missing. The body was covered in plastic and bound with duct tape and hidden in a "remote" part of the hospital, inaccessible to the public. Then-El Paso County Coroner Dr. David Bowerman determined that Watkins had been sexually assaulted and beaten to death.

Police collected evidence and interviewed everyone Watkins knew and worked with, including Severt, but none of them led to an identifiable suspect. Her husband, Michael, was considered an “early potential suspect” but was ruled out.

When police had exhausted all investigative avenues, they designated it a cold case. Detectives continued to work the case over the years but could not come up with a suspect.

In 2017, detectives enlisted the assistance of Parabon Labs, a Virginia-based DNA technology company, to examine DNA samples collected from Watkins’ body and clothes during the initial investigation. A DNA hit led to suspicions that Severt could have been involved.

Severt was on the hospital’s maintenance staff at the time of Watkins’ disappearance and was questioned by detectives as part of the initial investigation. He told police he had never seen Watkins before. Severt’s work schedule placed him at the hospital on the date of her disappearance. Police were attempting to locate him as part of their investigation when they learned of his death in a Nov. 2, 2001, car crash on Colorado 94, just east of Colorado Springs.

Because the suspect is now deceased, the homicide case is officially closed.