Sheep graze in a field shrouded with smoke haze near at Burragate, Australia, Saturday, Jan. 11, 2020. Wildfires continue to burn after warm dry weather hastened an early fire season in Australia. 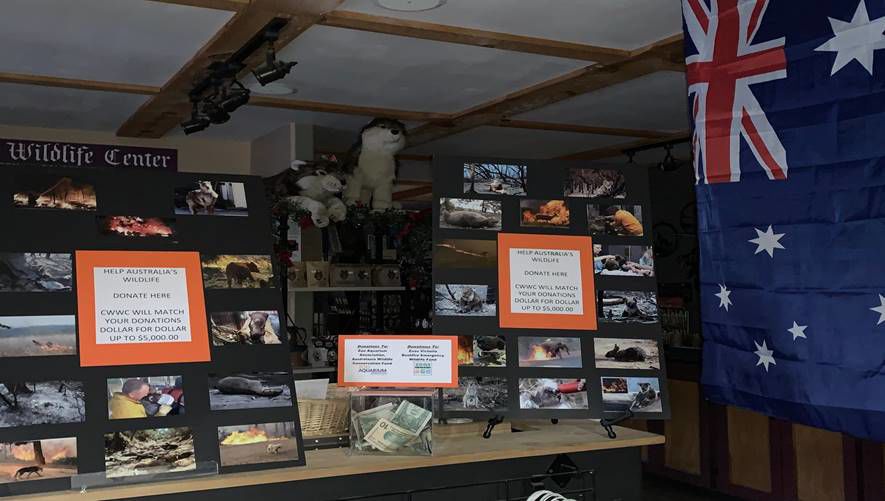 The Colorado Wolf and Wildlife Center in Divide has set up a fund to help Australian organizations rescuing animals that have been burned and injured in catastrophic wildfires.

The nonprofit will match donations up to $5,000, the organization said Saturday. The money will be split equally between the Australia Zoo in Queensland and Zoos Victoria, where rescued injured animals are being treated.

"As a wildlife sanctuary, our hearts are to be a voice for animals not only here in the states, but around the world," a news release from the nonprofit said. "When we learned of the devastating fires in Australia, we knew we had to help."

An estimated 1 billion animals have died in the fires, and there are fears that some species will be wiped out entirely.

Donations can be sent to Colorado Wolf and Wildlife Center, PO Box 713, Divide, Colorado 80814. The organization asked that "Australia Fire Fund" be added to the subject line and said that donors will receive a card of acknowledgement.

Road open after fire at abandoned Denny's in Colorado Springs