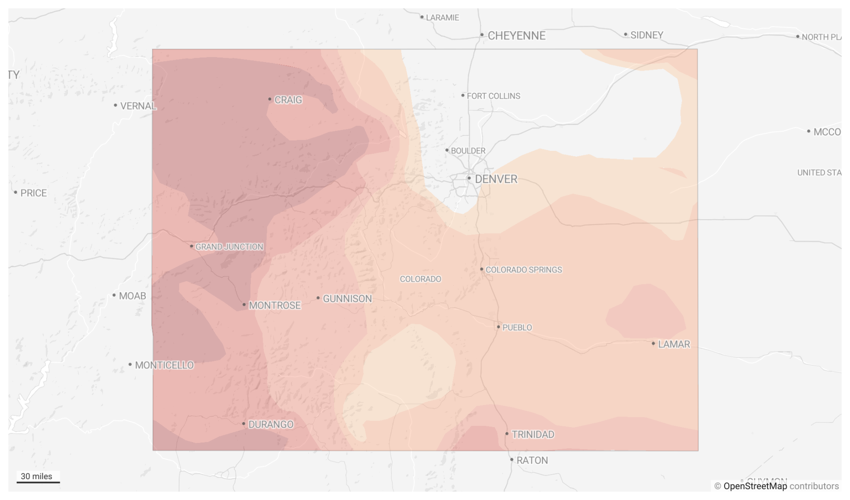 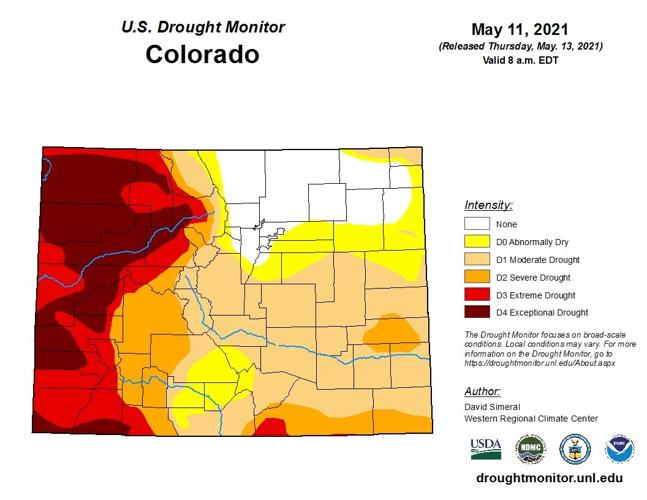 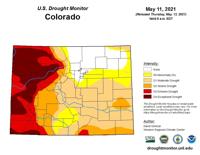 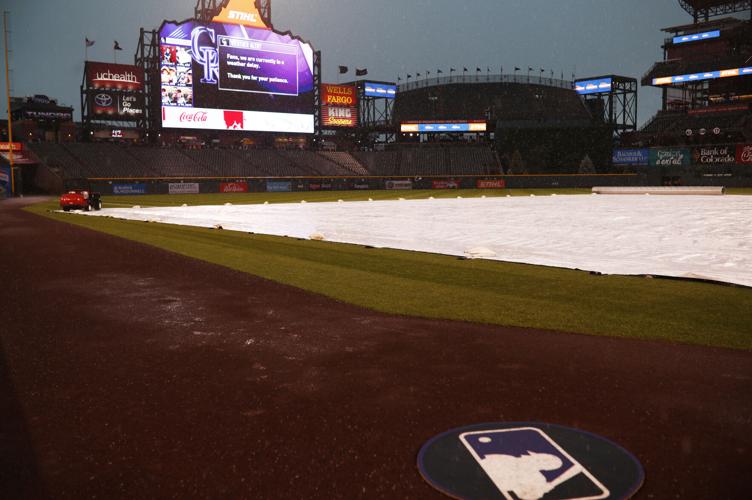 Rain falls on the covered field as a storm sweeps over Coors Field to postpone a baseball game between the San Francisco Giants and the Colorado Rockies, Monday, May 28, 2018, in Denver. (AP Photo/David Zalubowski) 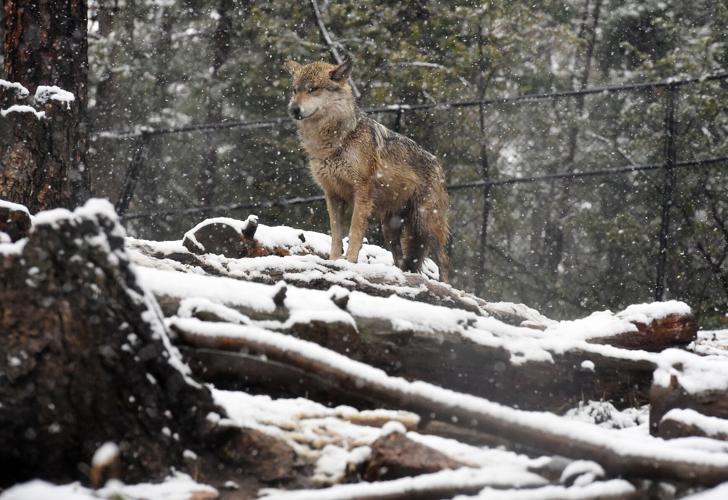 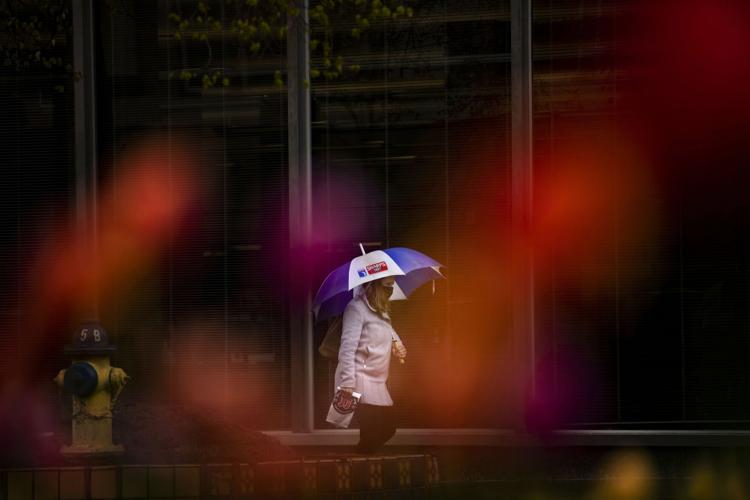 Deana O’Riley is framed by tulips as she walks with her umbrella though a mix of spring rain and snow showers after picking up lunch on Tejon Street in downtown Colorado Springs on Tuesday, May 11, 2021. (Chancey Bush/ The Gazette)

For the first time in a year, the Denver, Boulder and Fort Collins areas are no longer experiencing drought or abnormal dryness.

The return to normal for some of the state’s most populous areas comes after several waves of spring rain and snowstorms.

But the improved conditions come with a big caveat: Much of western Colorado remains in severe and exceptional drought, part of a regional pattern affecting the Southwest.

Conditions have improved in the areas around Colorado Springs and Pueblo as well, receding from severe and extreme drought into only moderate drought.

The precipitation patterns this winter favored the northern areas of the Front Range, she said.

“It’s typical for a La Niña winter,” Bowen said about the winter weather pattern affecting North America this year. “It’s dryer for the Southwest, like in western and southern Colorado and into Texas, with weather conditions coming from the Pacific Northwest.”

With less winter precipitation in the southwestern part of the state, exceptional drought conditions, the most severe categorization, have remained.

Becky Bolinger, the assistant state climatologist at the Colorado Climate Center, said the drought still affecting the western part of the state fits with a trend over the past two decades.

“We are seeing a kind of shift, in the longer-term data, since the turn of the century, showing there was a shift to more frequent dry periods, and then warmer summers,” Bolinger said.

Peter Goble, a climatologist at the Colorado State University Colorado Climate Center, said the recent precipitation and return to non-drought conditions could be just a temporary improvement, and that the larger trend is a pervasive drought across the West, and especially focused in the Colorado River Basin.

“It’s really good to get this news on this side of the state, but the forecasted inflows into Lake Powell is only around 28% of normal. It’s going to be a really tough water supply year,” he said. “These late winter and spring storms can mask the long-term trend.”

Predictions aren't showing the worst year for inflows, he said, but it is forecast to be in the bottom five.

And the summer precipitation forecast is a tossup, Goble said, with some of the seasonal models predicting an average to “leaning dry” summer, but consensus about likely warmer temperatures.

“The climate prediction center has an increased chance for above normal temperatures for all of Colorado, which is unsurprising, because our summers have been trending toward above average,” Goble said. “And the monsoon is always hard to predict.”

A heat wave is predicted to deepen the pervasive regional drought in the coming week, affecting most of the U.S. Southwest and into western and southern Colorado.

All told, the conditions are expected to produce another bad wildfire season.

As the state of Colorado faces $21.2 billion in costs to update its drinking water, stormwater and wastewater systems over the next 20 years, …