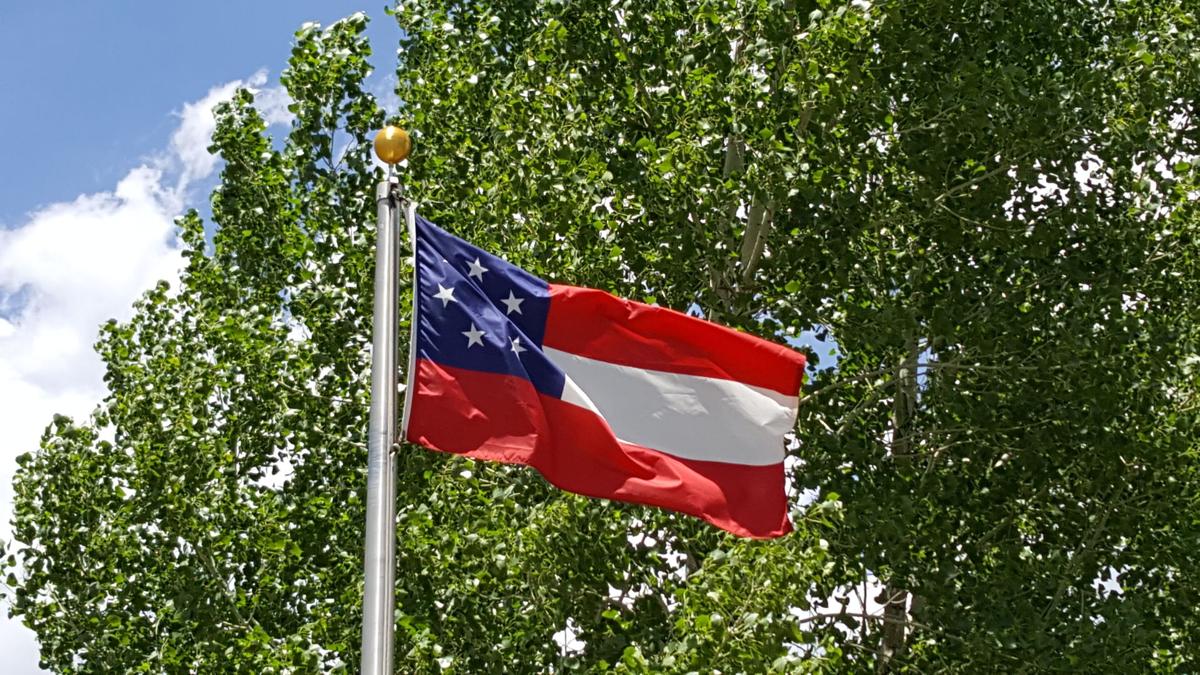 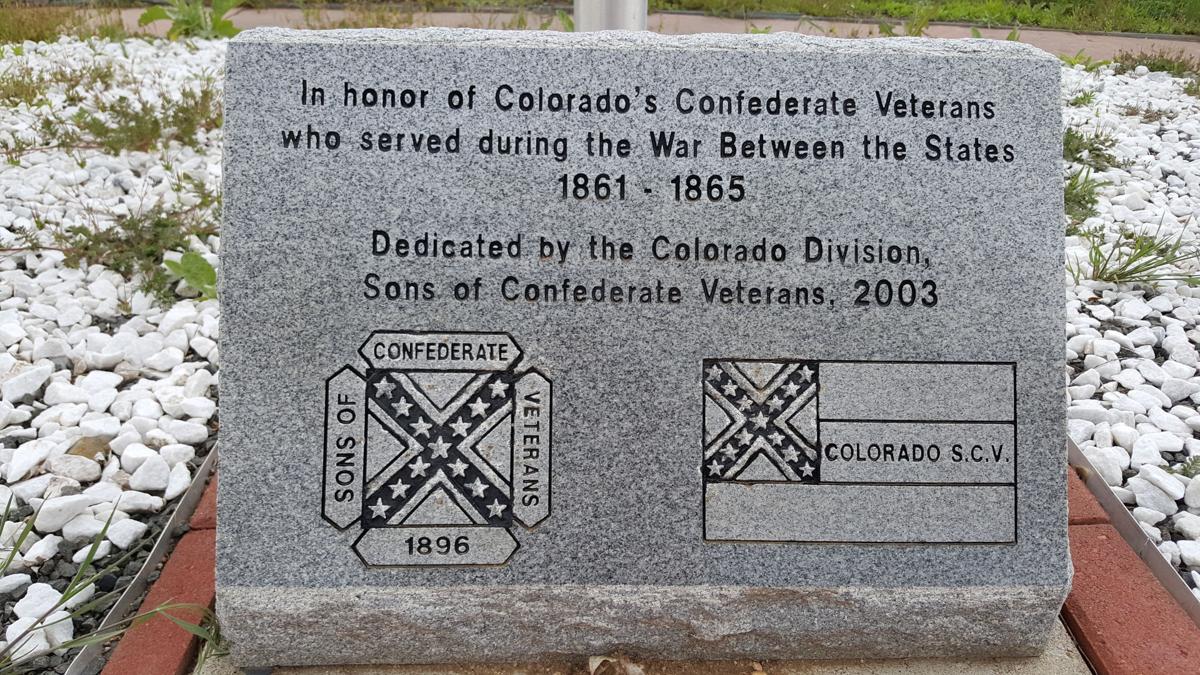 A Confederate memorial at Riverside Cemetery near downtown Denver. (Photo by David Ramsey) 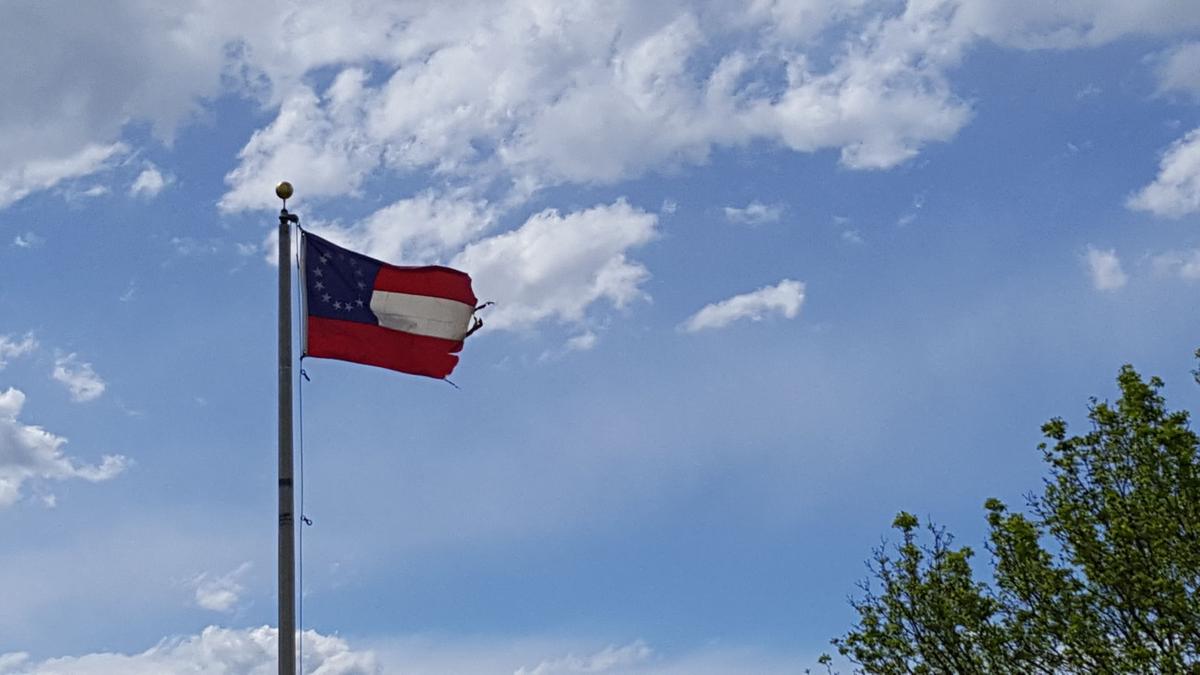 A Confederate memorial at Riverside Cemetery near downtown Denver. (Photo by David Ramsey)

We cannot know all the motivations of the Civil War veterans buried beneath Confederate flags in a riverside cemetery near downtown Denver or a quiet hill in Cañon City. We cannot fully understand why they went to battle from 1861 to 1865 against the United States of America, founded on freedom for all.

“Our new government is founded upon,” said Confederate Vice President Alexander H. Stephens at the dawn of the rebellion, “... the great truth that the negro is not equal to the white man; that slavery subordination to the superior race is his natural and normal condition.”

Or, this, from the Confederate constitution:

“The institution of negro slavery as it now exists in the Confederate States shall be recognized and protected.”

In recent weeks, I’ve stood beneath a tattered Confederate flag at Riverside Cemetery on the far north edge of downtown Denver and a fresh and bright flag at Greenwood Cemetery a few blocks from Cañon City’s Main Street. These are Confederate national flags, not the better-known battle flag.

Our national discussion — argument, really — over reasons for the Civil War, our lingering national tragedy, never will end. “The past is never dead,” wrote William Faulkner, son of the South. “It’s not even past.”

The Colorado division of the Sons of Confederate Veterans, a national group, is the driving force behind the flags and the upkeep of Confederate memorials. Approximately 500 Confederate veterans are buried in Colorado.

Jared Maddox, resident of southwest Colorado Springs, is commander of the Colorado division.

“We’re a veterans’ organization,” Maddox said of the Sons of Confederate Veterans. “We want to preserve the memory and honor of our ancestors.”

I talked 30 minutes with Maddox, who is a harsh critic of Confederacy leadership. Vice President Stephens, Maddox says, was a “real rat bastard.”

But he takes a romantic, and flawed, view of Confederate commander Robert E. Lee.

Lee was an overrated general who made the fatal and futile decision to invade the North. He owned slaves. Yes, he was conflicted about slavery. He believed the institution was beneficial to blacks, but corroding to whites.

Lee, a traitor, led the crusade against America’s highest ideals.

“He was an exceptional American,” he said. “A true Southern gentlemen. He wasn’t perfect . . . but you would have a hard time finding someone who would measure up to Robert E. Lee.”

Let’s listen to Wesley Norris, a slave who sought freedom and dignity. He escaped Lee’s oversight in 1859, only to be recaptured.

Norris and other escapees were given, while Lee watched, 50 lashes.

Lee, Norris wrote, was “not satisfied with simply lacerating our naked flesh. Gen. Lee then ordered the overseer to thoroughly wash our backs with brine, which was done.” In other words, Lee made sure to multiply the bloody agony by adding a generous dose of salt.

I mentioned Lee’s sins to Maddox, who brushed them off.

“You call him a traitor. I call him a patriot. You judge him by today’s standards.”

No, I don’t. I judge him by eternal standards and by our nation’s standards. Consider this line of American scripture, “We hold these truths to be self-evident, that all men are created equal.” It was written by Thomas Jefferson, another flawed American slaveholder, but every word is true.

Lee watched as men, all his equal, were viciously whipped. He could have halted the whipping. Instead, he intensified it.

In 1903, Union veteran John Stewart offered vigorous and logical protest to a proposed Lee statue at Gettysburg. In his youth, Stewart endured combat as a lieutenant in Pennsylvania’s Volunteer Calvary.

“Place upon this field a statue of Lee holding the banner under which he fought, bearing the legend, ‘We wage this war against a government conceived in liberty and dedicated to humanity,’ ” Stewart wrote.

Maddox believes soldiers buried in Colorado battled to defend their home states. They were not battling, he said, to uphold slavery.

“That’s what the North made it out to be to justify their invasion of sovereign states,” Maddox says.

No, Jared, that’s how Confederacy leaders described their movement. The protection and celebration of slavery served as the beating heart of the rebellion.

I talked Friday morning with   James McPherson, who won a Pulitzer for “Battle Cry of Freedom,” his powerful examination of the Civil War.

“If not for the protection of slavery, there would have been no Confederacy in the first place,” McPherson said. “The underlying purpose for which Southerners were fighting was the preservation of slavery.”

Flags and memorials in Colorado recognize the sacrifices made by Confederate soldiers. The reasons for those sacrifices are buried with them. They leave a complex legacy.

But the Confederacy’s underlying motivation is anything but complex. Never make the mistake of honoring its racist crusade.

David Ramsey: This national park is a magnificent secret

Great Basin National Park is a glorious secret. Few Americans realize it exists and far fewer have walked its 60 miles of trails or climbed M…