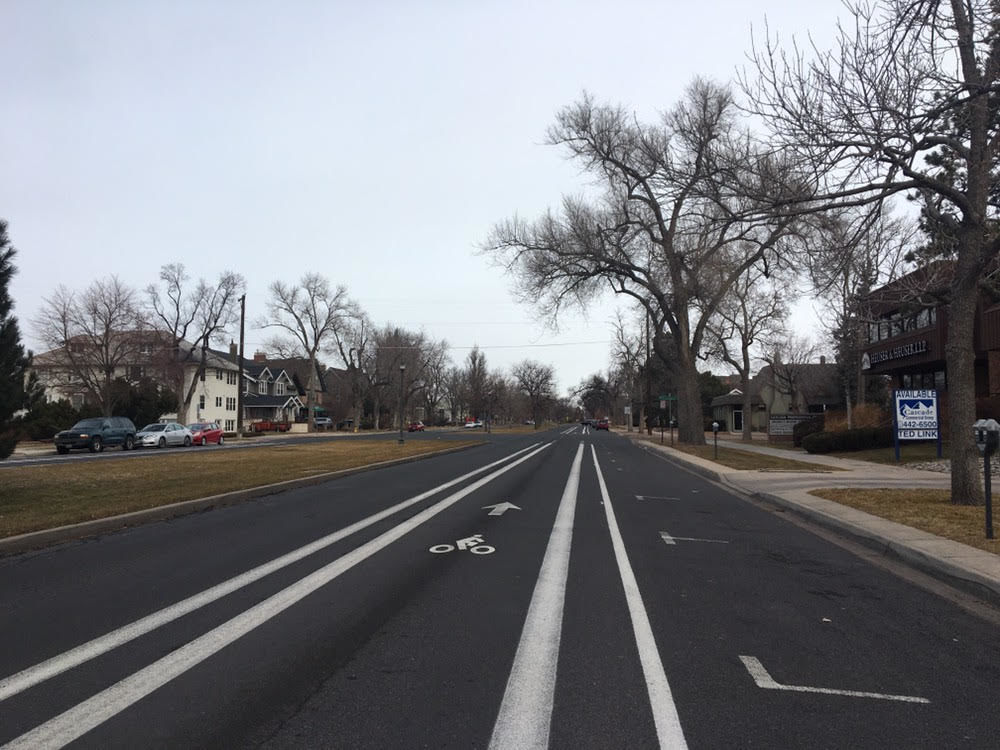 The bike lanes on Cascade Avenue in Colorado Springs have been controversial. 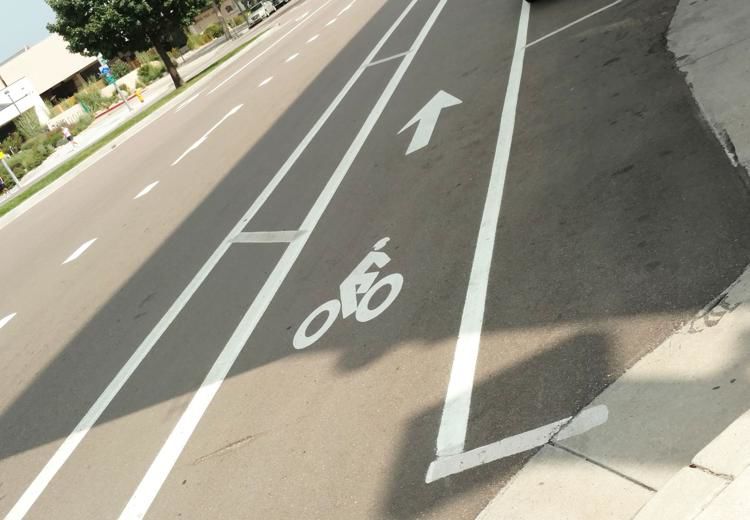 The bike lanes on Cascade Avenue in Colorado Springs have been controversial.

Here’s a friendly suggestion. Next time you’re driving and see a cyclist pedaling along a city bike lane, roll down your window and say this:

“Thank you, bike rider, for causing little damage to our roads and no harm to our air. And please let me express admiration for your courage in braving the sometimes reckless drivers of Colorado Springs.”

After those words of thanks and admiration, roll up your window and continue your journey in a car that damages our roads and our air.

I can already hear the reaction from some of you.

You think you’re reading words typed by a cyclist who spends his days and nights pedaling our city’s streets.

That’s not the case. I’ve pedaled around 25,000 miles in city limits during my years in the Springs, but only a couple hundred on the streets. I place my bike in my trunk and wear down the roads and pollute the air as I drive to paths at Santa Fe Trail, upper Gold Camp, Spruce Mountain or Red Rock Canyon. I ride for miles, sometimes without seeing anyone, for pure recreational thrills. I almost never ride alongside cars.

I don’t trust drivers in the Springs, or anywhere else.

They aren’t looking at the road.

I’m not courageous enough to share the roads as a cyclist with these drivers. I don’t have enough faith in my fellow man or woman, at least when they’re driving.

David Ramsey: Farewell to sport, and a big thank you, before move to new Gazette column

Bike lanes are for those with the desire and the transportation need to ride in a designated area along with traffic. Arguing about those bike lanes has taken over the letters to the editor section of The Gazette. These letters, filled with outrage, add fun to many mornings.

Anti-bike lane letters are fueled by a common theme, a theme that has long ruled our United States. The theme goes like this: The automobile is supreme and anything vaguely threatening this supremacy should be instantly abolished.

Bikes lanes offer a supreme threat to that supremacy, which has led dozens of Gazette readers to crusade for the banishing of bike lanes. How dare those bikers and their lanes slow down my car! The lanes never will win a popular vote or a poll because drivers always will outnumber cyclists. Why? Driving is easy. Cycling requires work.

The lanes make sense. Bikes move quickly and safely along streets with lanes, which alert drivers to the probable presence of cyclists. These lanes offer, yes, a rare defiance of the supremacy of the automobile. The lanes are wonderful for bike riders and, admit it, not so terrible for car drivers. We can wisely blend biking and driving on our streets.

I don’t especially like the sidewalk in front of my home. I live in a neighborhood teeming with dogs, and some dog walkers fail to pick up after their pets, if you know what I mean. High school kids walking to school, or maybe stuck-in-childhood types who graduated from high school in 1958, drop litter on my grass. The sidewalk intrudes, just a bit, on the sanctity of my property.

Sure, bike-lane despisers, those lanes may occasionally intrude on your driving bliss, but they contribute to the greater good of Colorado Springs. You may never ride a bike or ever want to ride a bike, but those lanes make for a safe, healthy, civilized city.

So, next time you see a cyclist pedaling along one of city’s still-rare bike lanes, roll down your car window and …

LETTERS: The same whack-a-mole game in Colorado Springs; driving in the 'congestion plan'