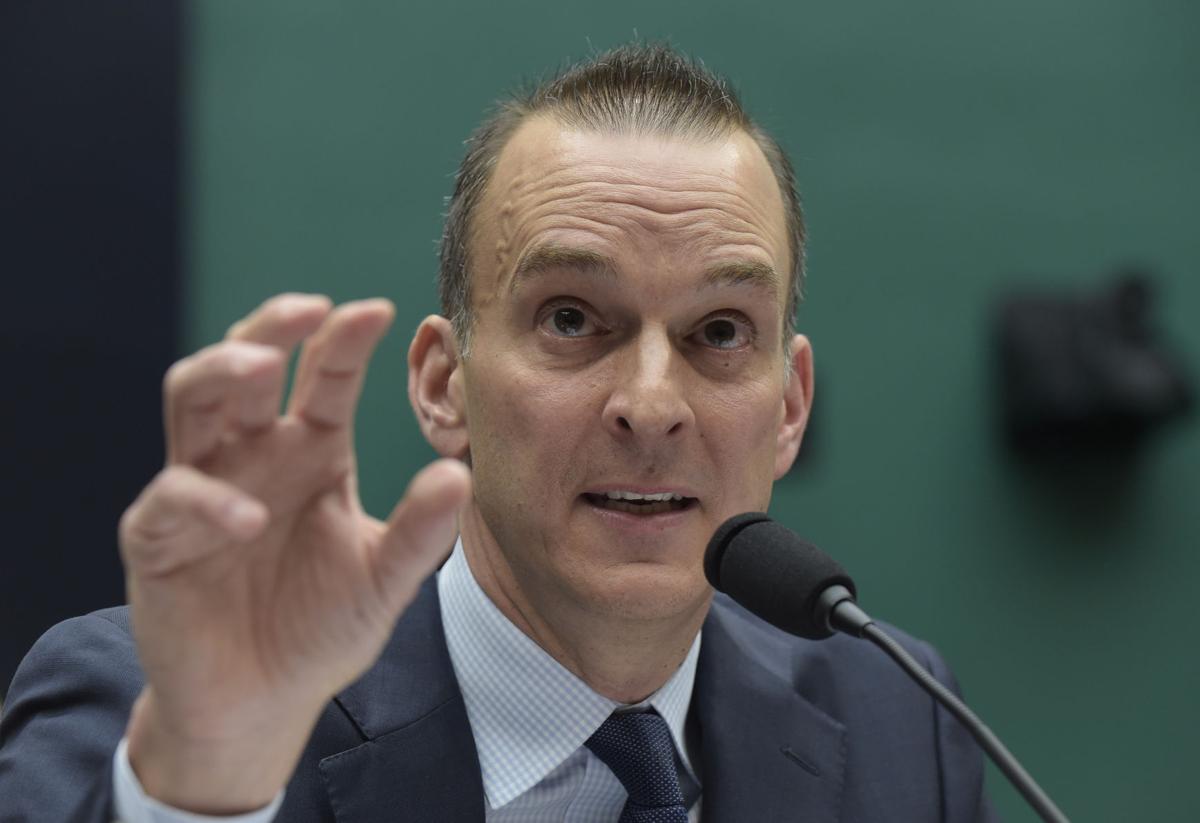 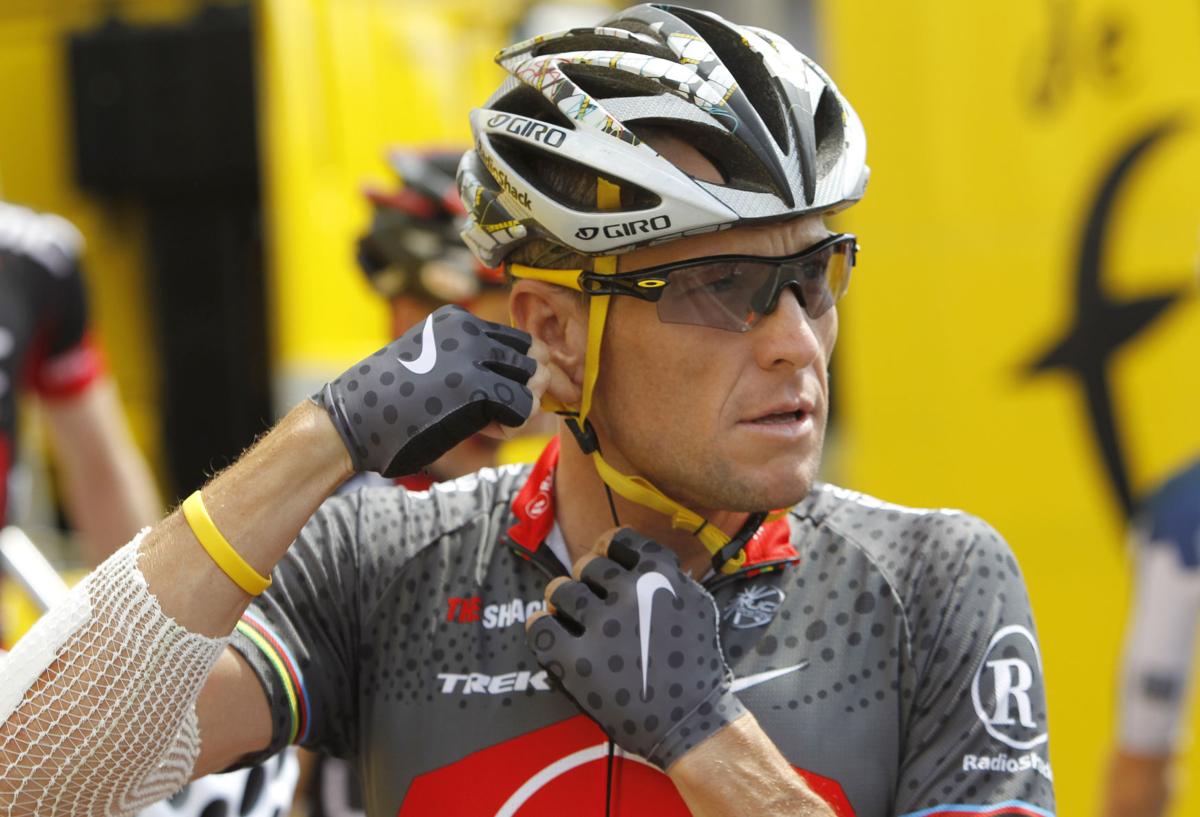 Lance Armstrong of the United States arrives before the third stage of the Tour de France cycling race in 2010 in Wanze, Belgium.

Lance Armstrong of the United States arrives before the third stage of the Tour de France cycling race in 2010 in Wanze, Belgium.

Tygart, who lives in Rockrimmon, also recently oversaw the suspension of cyclist Barbara Gicquel, an 80-year-old grandmother from California. Tygart and USADA, acting in conjunction with USA Cycling, stripped Gicquel of her age group world record after she tested positive for a banned substance.

Yes, it can be strange to serve as lead policeman in the quest for sport untainted by doping.

“There’s been a couple of these over the years,” Tygart said Friday afternoon of busting senior citizens. “You kind of shake your head at it and say, ‘You can’t make this stuff up.’ . . . Of course, that’s not the heart and the core of what we’re here to do.

“That said, let’s be clear: The rule is crystal clear for a world record.”

On Aug. 29, 2019, Gicquel broke the world record for her age group in the 500-meter cycling time trials. Setting a world record meant she faced post-race testing. She tested positive for methyltesterone, a banned substance. She was stripped of her record and all race results since 2015.

Gicquel takes Estratest, she says, to improve breathing after bouts with bronchitis and pneumonia. Estratest contains methyltesterone. She knew she risked sanctions by taking Estratest, but did not seek a medical exemption to take the medication.

“I used justification, an unconscious defense mechanism, to convince myself the rule was not made for aged riders, so they’d go easy on me if I failed a urine test,” she writes in an email interview with The Gazette.

“I was using it for 11 years prior to knowing about USADA’s banned substance list. . . . I was afraid to stop taking it as I was told that could cause a sharp decline in my breathing ability. I think older people with real diseases should be able to take small amounts of prescribed meds and the doctor should make this determination rather than the USADA.”

Tygart has often listened to athletes protest their innocence. He once engaged in a shouting match with Armstrong at Denver International Airport. Armstrong was furious that Tygart burst his phony story of a clean and virtuous ride to seven Tour de France titles. Tygart has bountiful preparation for Gicquel’s story.

Gicquel knowingly took a banned substance, Tygart says. She failed to reveal that substance to officials. She deserves, he says, to be sanctioned. Gicquel received the lowest sanction possible for her violation.

“If an athlete broke a world record because they used an electric bike, I don’t think anybody would have been questioning why she should have been disqualified,” Tygart says. “If you think about it, this is no different. This sport has a rule to uphold a world record that protects the sanctity of those records and the competitors who previously set them.”

What would Jesus say about coronavirus? | David Ramsey

Gicquel is not alone. In 2013, 80-year-old weightlifter Don Ramos set a world record in his age group in the clean and jerk. A week later, a letter from USADA arrived at his home on the west side of Colorado Springs. He had tested positive for testosterone. His record was voided. He was suspended from competition.

The Ramos home was filled with mementos from his life as a weightlifter. A 1952 trophy recognized him as strongest man at North Phoenix High, his alma mater, and it rested next to a lifting trophy from the 2009 World Masters Games.

"I'm crushed," Ramos told me a few days after the ban. "At 80 years old, I'm crushed because it's basically my life."

When she was 57, she purchased, using her description, “a cheap bike” and started taking rides along a steep canyon road. Soon, she was competing in 100-mile races. She won races, she writes, before taking Estratest.

“I was strong before and after Estratest,” she writes. “That’s why I never believed my results were due to Estratest. I’ve always worked hard at riding strong, and still fully believe I earned my results.”

“You don't go after an 80-year-old athlete with guns blazing,” Sara Stearns, a close friend of Gicquel, writes on Facebook. “You listen, you research, and you consider. To strip her of all of her accomplishments from the last five years, publicly embarrass her, and impugn her integrity is just plain WRONG. She made a mistake. That's all she did.”

“Zero sympathy,” Gilliam writes. “Be honest from the beginning. … Sorry ma’am, but this is your fault.”

Tygart has endured so many of these stories. He finds no pleasure in busting a grandmother, but believes intensely in the requirement of a level playing field.

“Sport doesn’t allow us to pick and choose who is allowed to decide if the rules apply to them or not,” he says. “That would undermine the very nature of sport itself.”

He speaks a cutting truth, a truth that can slice anyone.

Even an 80-year-old grandmother.