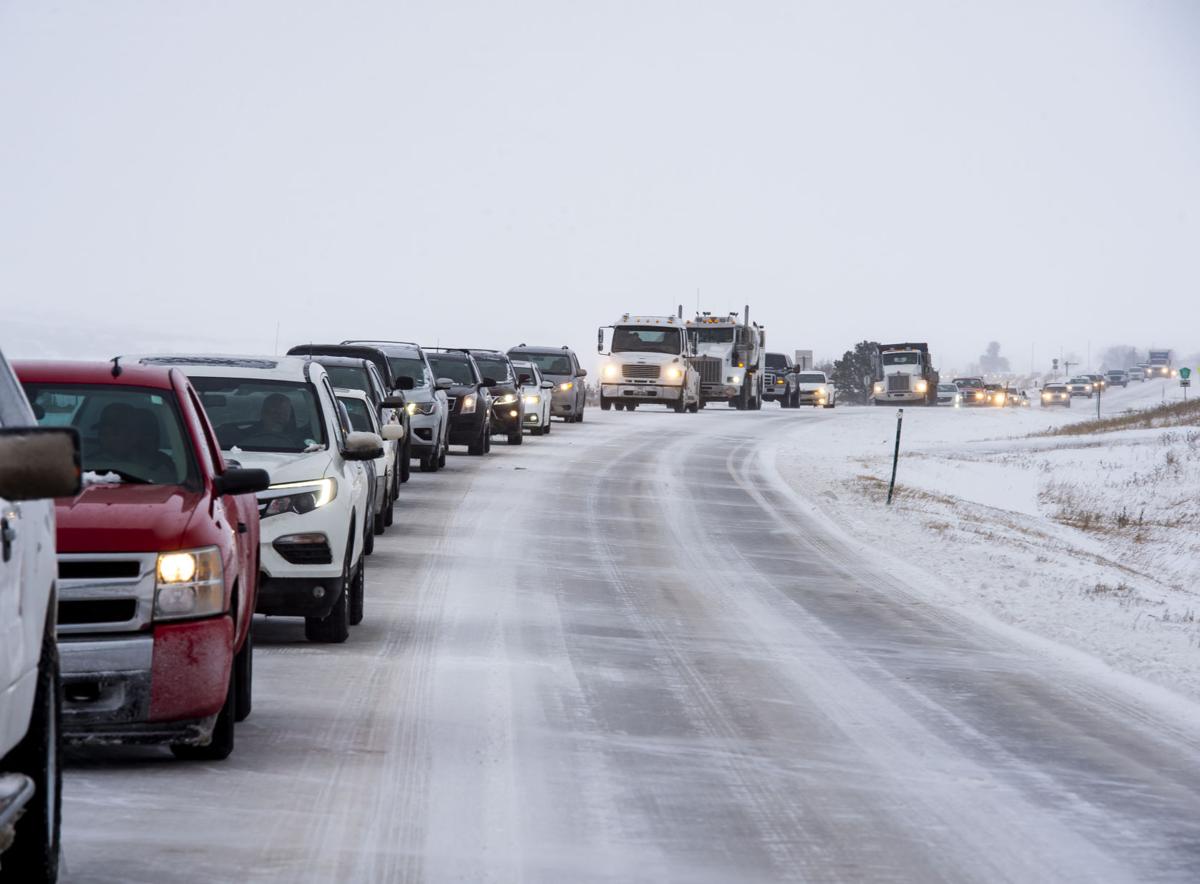 Traffic continues to build on Colorado Hwy., 83 just before Palmer Divide Ave., on Friday, Jan. 18, 2019 in Larkspur. (Photo by Dougal Brownlie, The Gazette). 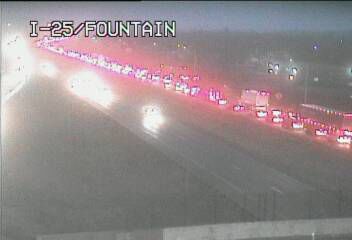 Traffic continues to build on Colorado Hwy., 83 just before Palmer Divide Ave., on Friday, Jan. 18, 2019 in Larkspur. (Photo by Dougal Brownlie, The Gazette).

A morning drizzle turned to snow Thursday afternoon and caused slick conditions and delays for some commuters across the Pikes Peak region and Colorado.

The National Weather Service predicts snow will fall through Friday. In Colorado Springs, less than one inch of accumulation is expected.

Snow shut down southbound lanes of I-25 over Raton Pass at the Colorado-New Mexico border, according to CDOT, but those lanes later reopened.

At about noon, snow started to stick along the shoulder on the I-25 bridge over Woodmen Road, though the lanes are reportedly unaffected.

Snow is starting to stick the shoulder on the I-25 bridge over Woodmen. Thru lanes are fine, just wet. Keep in mind, snow will stick to bridges and overpasses first #cowx pic.twitter.com/OTZ8czZxcw

A look at potential snow totals by Friday. pic.twitter.com/cqpQTSLkOi

Icy conditions were reported near Monument, Larkspur and Castle Rock.

Big problems with icy roads down toward Monument and Larkspur, south of Castle Rock too. Thanks for the heads up! #cotraffic @KOAColorado https://t.co/jtazZS2tWo

Mix of light snow and freezing drizzle along I-25 near Monument Hill this morning, with icy and slick conditions reported. Expect light snow to persist through the day, with some minor accumulations expected. Image courtesy @ColoradoDOT #cowx pic.twitter.com/C65N5zMof2

Heavy snow has already started to fall along areas east of Colorado Springs and is expected to continue through the morning, tapering off and turning to rain by the afternoon, the National Weather Service reported.

Heavy snow will continue along Highway 160 over Wolf Creek Pass this morning, tapering off to flurries and snow showers this afternoon. Image courtesy @ColoradoDOT #cowx pic.twitter.com/Kp57vOfOBI

Highway 50 near Salida becoming slick in spots this morning as snowfall increases. Expect a period of moderate to heavy snow through late morning, tapering to flurries this afternoon. Image courtesy @ColoradoDOT #cowx pic.twitter.com/4JukHYjk3K

Heavy snow falling along Highway 24/285 near Buena Vista this morning. Expect a period of moderate to heavy snow through the morning tapering to flurries and snow showers this afternoon and evening. Image courtesy @ColoradoDOT #cowx pic.twitter.com/EI98bdWDBB

Earlier this morning, a crash on I-25 south of Colorado Springs caused havoc with the morning commute.

Northbound I-25 was closed at exit 128 in Fountain because of the crash. Traffic cameras showed long backups.

Colorado State Patrol tweeted around 7:15 a.m. that all lanes had reopened.

Driver seriously injured rollover crash on I-25 in Pueblo

A driver is lucky to be alive after crashing their convertible on the interstate in Pueblo early Wednesday morning.