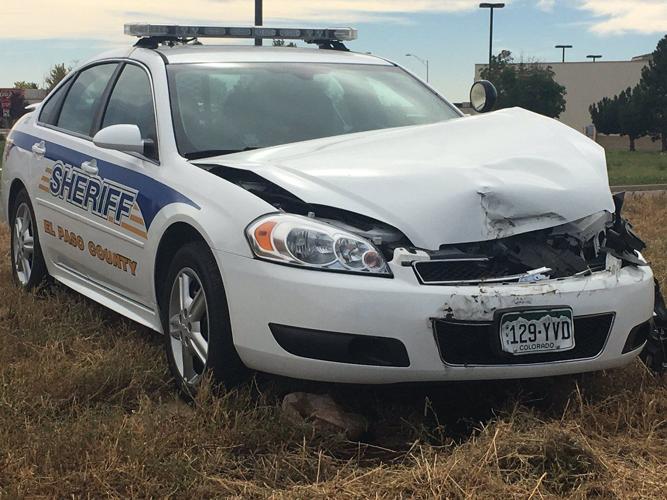 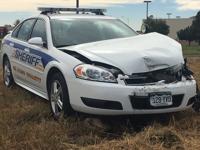 Here's a look at one of the damaged deputy cruisers. This is just about a mile and a half away from where the car chase ended. (Photo from Kyla Galer via twitter @kylagalerKKTV) 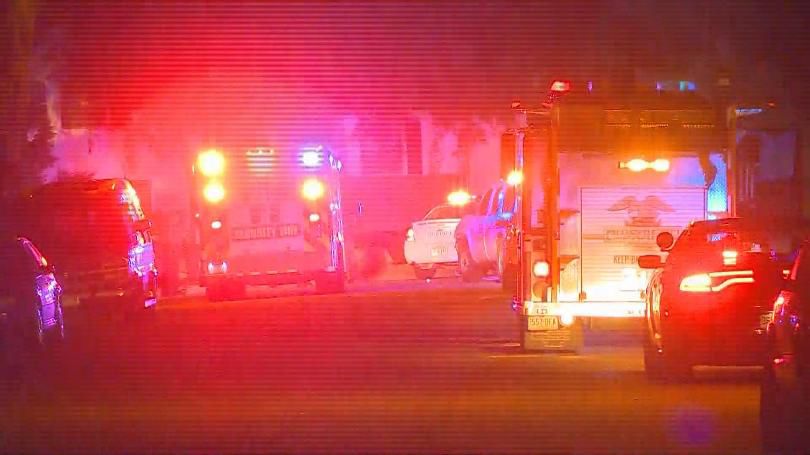 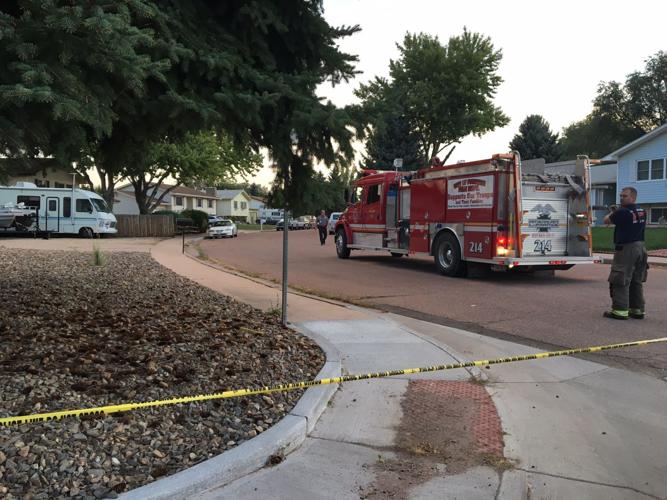 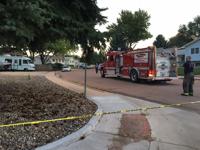 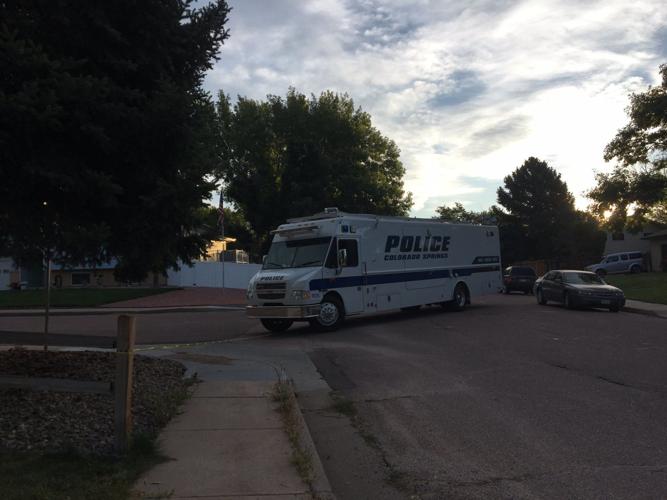 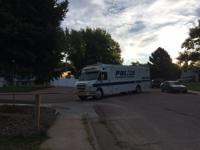 Here's a look at one of the damaged deputy cruisers. This is just about a mile and a half away from where the car chase ended. (Photo from Kyla Galer via twitter @kylagalerKKTV)

A high-speed chase ended in a Fountain neighborhood with the driver shot and a deputy injured in a car fire.

The driver is in the hospital in serious, but stable condition. The deputy sustained minor injuries.

At 2:44 a.m., Fountain police and El Paso County deputies attempted to pull over a pickup truck for a traffic violation Colorado Springs police spokesman Lt. Howard Black said. The truck did not stop, leading police on a pursuit that reached speeds of 100 mph, El Paso County Sheriff's Office spokeswoman Jacqueline Kirby. Officers and deputies determined that the chase was too dangerous because of high speeds and ended the first pursuit.

Speeds during the chase topped 100 mph, and Kirby said the suspect drove erratically, at times veering into the opposite lane and driving the wrong way.

The driver then "re-engaged" police and sheriff's deputies in what Black described as an intentional attempt to keep the pursuit going. The chase ended in the cul-de-sac of Roaring Springs Lane when the driver was shot and injured by by an El Paso County sheriff's deputy, Kirby said. She did not have any information on how the suspect was shot.  Neighbors living on Roaring Springs Lane, where the second chase ended, said they heard nearly a dozen gunshots, but Kirby could not confirm this.

Neither Black nor Kirby had information on where the chase began, only that police are investigating more than one scene.

During the two chases, multiple police cruisers from two agencies and numerous civilian vehicles were hit in Fountain and the unincorporated area around the city. Black did not yet have a count of the number of cars hit or the number of officers and deputies involved in the incident.

The injured deputy's cruiser caught fire during one of the pursuits. He was taken to the hospital with unknown injuries, Kirby said. Black did not confirm this, but said that some officers and deputies sustained minor "strains" from the multiple crashes that occurred during the chase.

Black anticipates Roaring Springs Lane to be closed for at least a couple of hours.