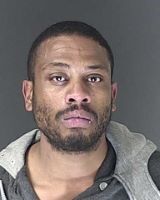 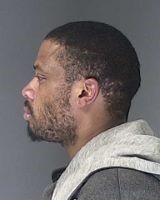 El Paso County sheriff's deputies arrested a man wanted on suspicion of domestic violence complaints after he tried to elude deputies with a kidnapping victim in his car Monday, law enforcement said.

Deputies arrested 29-year-old Kenneth Archuleta after searching for him for two days after warrants were issued for his arrest, law enforcement said.

Around 10 p.m. Monday, deputies responded to a report that Archuleta was in a stolen vehicle in the 1700 block of Hampton South just north of Security-Widefield. A woman also appeared to be in the car with Archuleta, law enforcement said.

When deputies tried to approach the vehicle, Archuleta "drove away at a high rate of speed," deputies said.

Deputies found the car again in a residential neighborhood and tried to set up containment, but Archuleta rammed a deputy's vehicles and drove off "at a high rate of speed." Deputies chased Archuleta and found his vehicle "disabled" nearby, law enforcement said.

Deputies arrested Archuleta and medical personal treated the woman inside the car for "minor injuries." She was the victim of the domestic violence incidents related to Archuleta's warrant and was being held in the car against her will, law enforcement said.

Archuleta was booked into the El Paso County jail on suspicion of multiple offenses, including kidnapping.