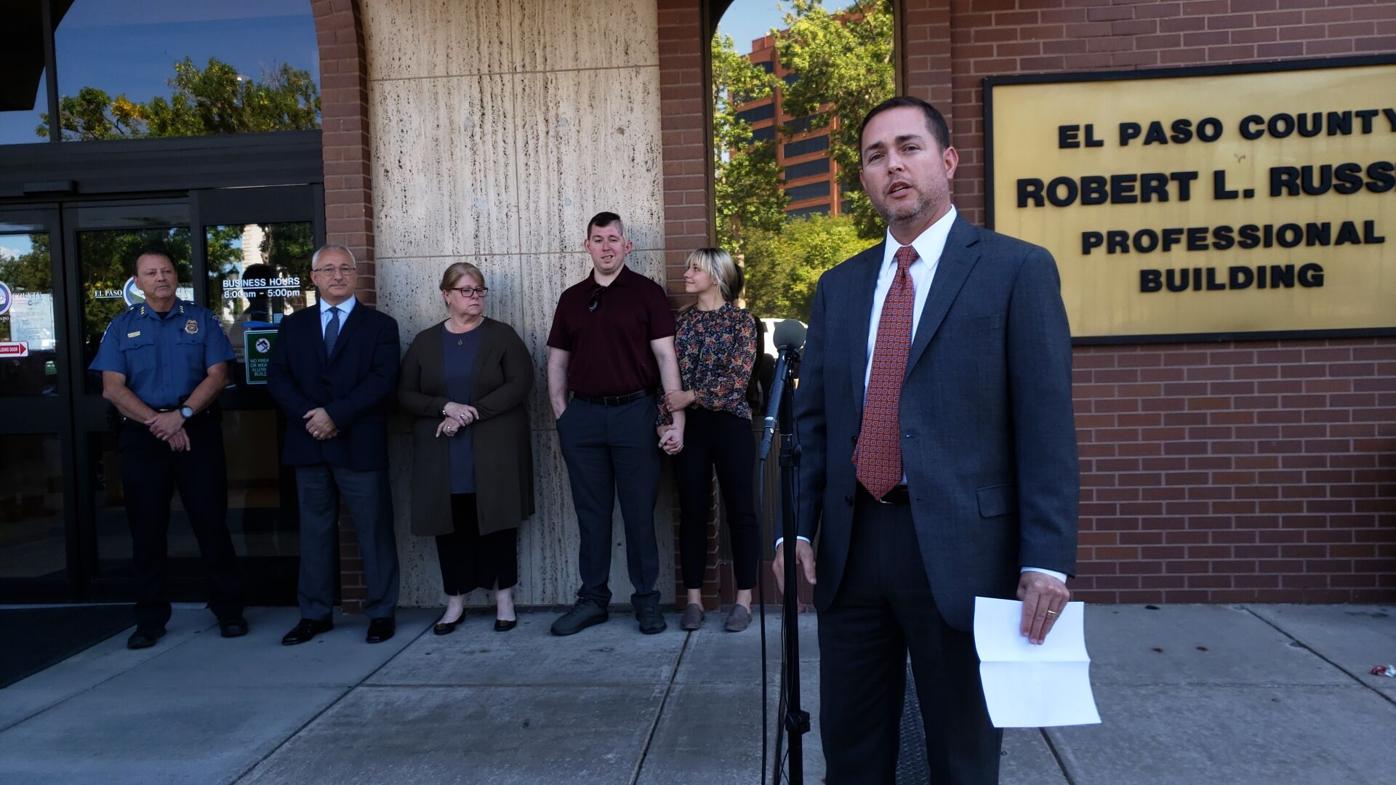 District attorney Michael Allen speaks to reporters outside the DA’s office, while deputy chief Adrian Vasquez and Cem Duzel’s family stand behind him on Thursday, Sept. 16. 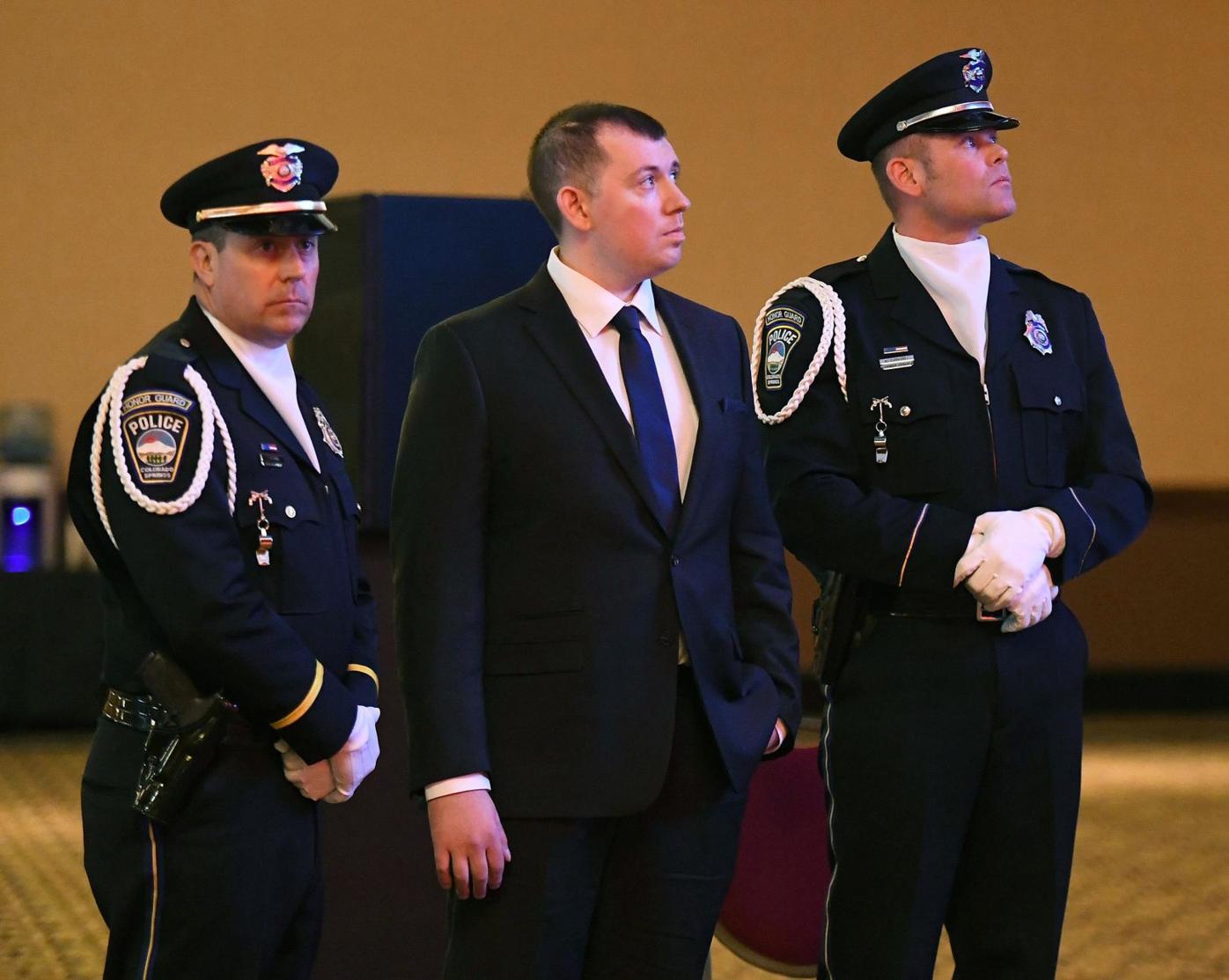 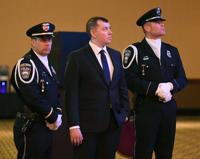 Officer Cem Duzel watches a video about the night he was shot while on duty. In August 2018, Duzel was shot in the head. He has defied the odds and battled back from the wound. 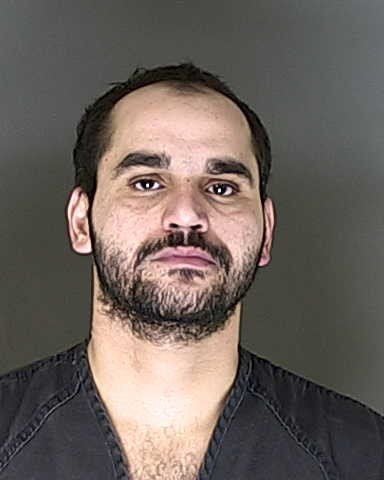 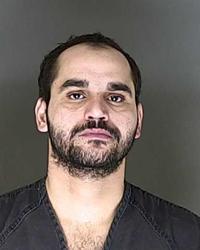 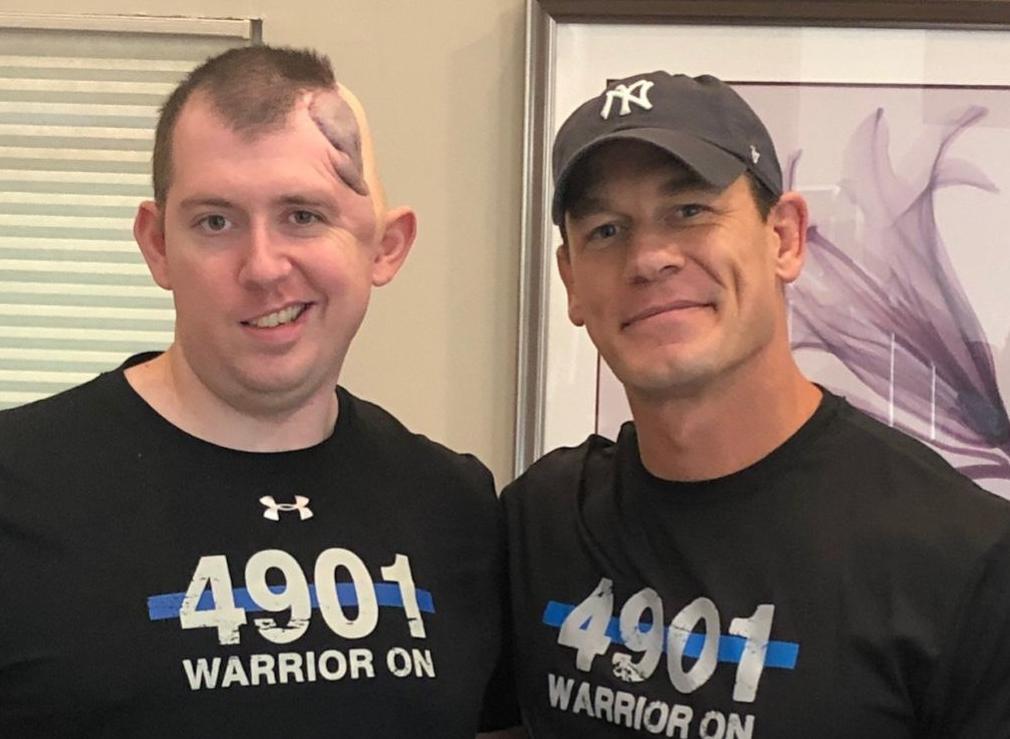 District attorney Michael Allen speaks to reporters outside the DA’s office, while deputy chief Adrian Vasquez and Cem Duzel’s family stand behind him on Thursday, Sept. 16.

Officer Cem Duzel watches a video about the night he was shot while on duty. In August 2018, Duzel was shot in the head. He has defied the odds and battled back from the wound.

A Colorado Springs man on Thursday was sentenced to 45 years in prison for trying to kill a police officer with a bullet that pierced the officer’s skull.

"Today was a closure," Mumtaz Duzel, Cem's father, said. "As a father, was it enough? Probably not, to be honest, but justice was served today."

Al Khammasi was convicted in June of attempted murder of a police officer, menacing, illegal possession of a weapon and five more counts plus sentence enhancers, for the 2018 attack, court records show.

On Thursday, a jury of 12 sentenced him to 45 years in prison.

According to prosecutors, Al Khammasi shot Duzel while drunkenly shooting at police after Al Khammasi was kicked out of an Uber car for being “handsy."

Duzel and other officers were responding to reports of shots fired in a neighborhood east of the Olympic Training Center when they encountered Al Khammasi in the 2300 block of East Boulder Street, the El Paso County Sheriff’s Office said at the time.

"This case really speaks to the dangers that law enforcement encounter every single day," district attorney Michael Allen said Thursday. "And it's not in the streets of New York City or Los Angeles; it's even right here in Colorado Springs."

"If you can imagine, police officers, after understanding what he's gone through, still continue to patrol the streets of our city every single day," he said. "Watching Cem has been inspiring."

The bullet caused a serious brain injury that sent Duzel to a Denver brain injury clinic for months. His healing process was previously highlighted in November 2019, when he walked across a stage at a police ceremony just over a year after the shooting to accept a Medal of Valor, the department's highest honor.

"I've spent time with this family going all the way back to the day that Cem was shot," Howard Black, spokesman for the district attorney's office, said. "I can remember standing at his head with then-police Chief Pete Carey, and both of us looking at one another, thinking, 'He's not gonna make it.'"

"When you talk about heroes — this guy is a hero," he said.

On Thursday, Cem thanked the people of Colorado Springs, whom his family said kept in touch through letters and prayers throughout the case, and made them feel at home as they sought justice for Cem.

"Thanks for everything — to all of them, everybody," Cem said.

Al Khammasi, who came to the United States as an Iraqi refugee, had been slated for deportation in 2016, until a change in immigration law meant that a prior felony trespassing conviction wasn't grounds for removal, federal officials said.

Al Khammasi had faced a prison term of as much as 48 years on the attempted murder charge, and other convictions could have extended his penalty further.

At the close of one of the most difficult chapters in Cem's life, his family is excited for what will come next. Next summer, they said, Cem's planning to get married to his fiancée, Layne Elizabeth.

The family's tentatively scheduled the wedding for later in the summer, Mumtaz said, allowing time for Cem to continue to get better.

"No one is supposed to survive that kind of wound, but he did, and he's working to get better day by day," Mumtaz said.

A jury Tuesday convicted a Colorado Springs man of trying to kill a police officer with a bullet that pierced the officer’s skull, inflicting …

Evan covers justice and public safety for The Gazette. He is a Colorado Springs native and graduate of The Medill School of Journalism at Northwestern University.