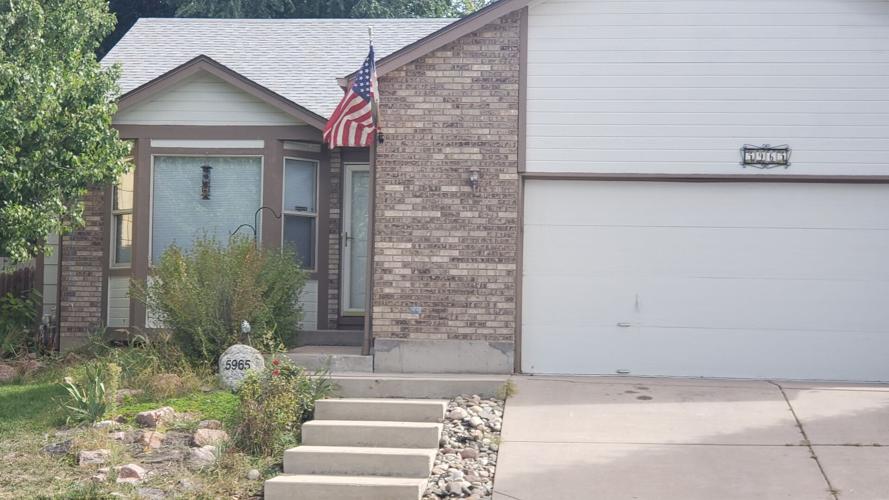 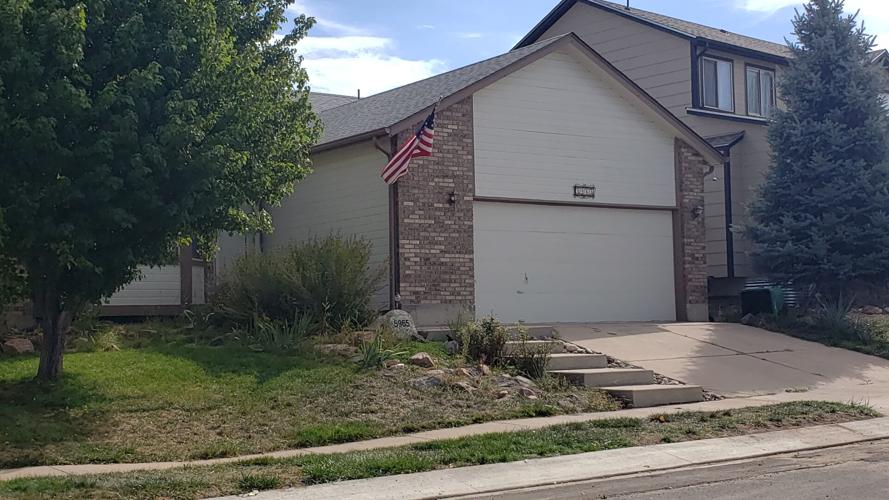 Federal authorities arrested Colorado Springs resident Jareh Dalke, a former employee of the National Security Agency, Wednesday at an unspecified location in Denver on charges that he attempted to transmit classified information to a representative of a foreign government, the United States Justice Department announced Thursday.

Agents swarmed a home in Colorado Springs late Wednesday afternoon, hours after Dalke was arrested in Denver around mid-day. Inquiries to Denver Police regarding heavy police presence in the area of downtown Denver at Union Station at that time were referred to the FBI, which did not provide information on the exact location of the arrest. However, the affidavit mentions Union Station is where an exchange of information was scheduled to take place on Wednesday.

A woman who answered the door on Thursday morning of the raided home on Corinth Drive in Colorado Springs identified herself as a family friend and said she didn’t know what had happened, but authorities had been there. She said she was there to support the family, and that the family wasn’t interested in speaking with The Gazette.

The neighborhood, off Austin Bluffs Parkway and Templeton Gap Road, is “nice and quiet,” said a nearby resident who didn’t want to provide her name.

“It’s why we moved here,” she said. “There’s a bunch of kids. There’s a school right over there. They haven’t told us anything, and it’s scary. What’s going on in that home?”

Dalke had worked for the NSA less than a month, authorities said, from June 6 to July 1. Between August and September, he used an encrypted email account to transmit excerpts of three classified documents he had obtained during his employment to a person Dalke believed to be working for a foreign government, according to an affidavit regarding the allegations.

The person at the other end was an undercover FBI agent, authorities said. 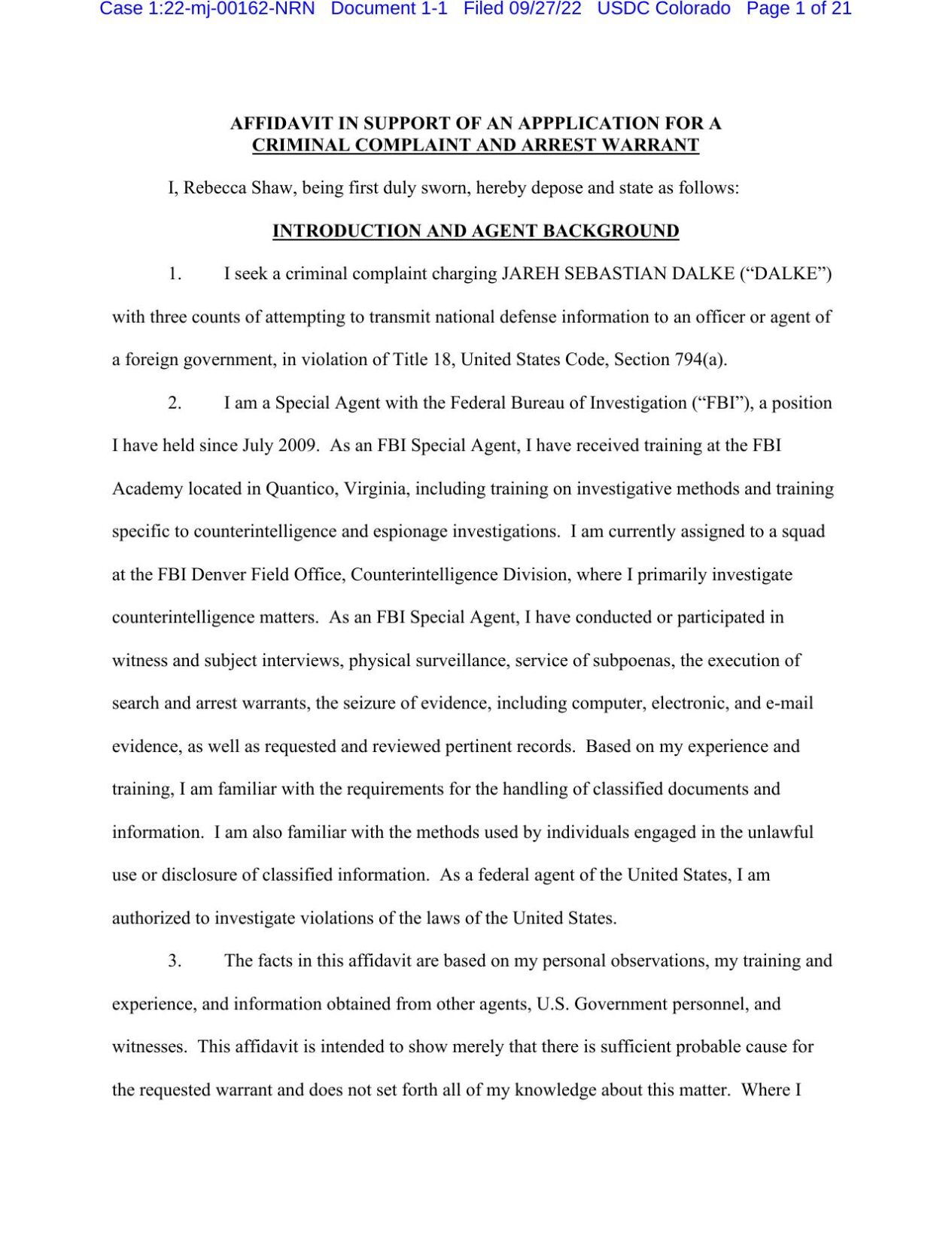 Dalke arranged to transfer additional classified information in his possession to the undercover agent in Denver on Wednesday, where he was arrested.

Dalke told the undercover FBI agent that he had taken “highly sensitive information relating to foreign targeting of U.S. systems, and information on U.S. cyber operations, among other topics," according to the affidavit.

He requested compensation via cryptocurrency in exchange for the information, saying he was in financial need, authorities said.

To prove he had access to the information, Dalke transmitted portions of three documents to the agent, one classified as “Secret” and two as “Top Secret.”

The undercover agent paid the requested cryptocurrency to an address Dalke provided, the affidavit said, then Dalke requested $85,000 for additional information he had.

Dalke also told the agent he would share more information once he returned to Washington, D.C. He had reapplied to work for the NSA in August, but it is unknown whether he was set to begin work again for the agency.

He faces three allegations of violating the federal Espionage Act, which makes it a crime to "transmit or attempt to transmit National Defense Information to a representative of a foreign nation with intent or reason to believe that information could be used to the injury of the United States or to the advantage of a foreign nation."

Violations of the Espionage Act carry a potential sentence of death or a prison sentence of any term of years, up to life.

Assistant U.S. Attorneys Julia K. Martinez and Jena R. Neuscheler of the District of Colorado, and Trial Attorneys Christina A. Clark and Adam L. Small of the National Security Division’s Counterintelligence and Export Control Section are prosecuting the case on behalf of the government.

An El Paso County man accused of killing his sister and burning down her house in June was found competent to stand trial on Thursday.