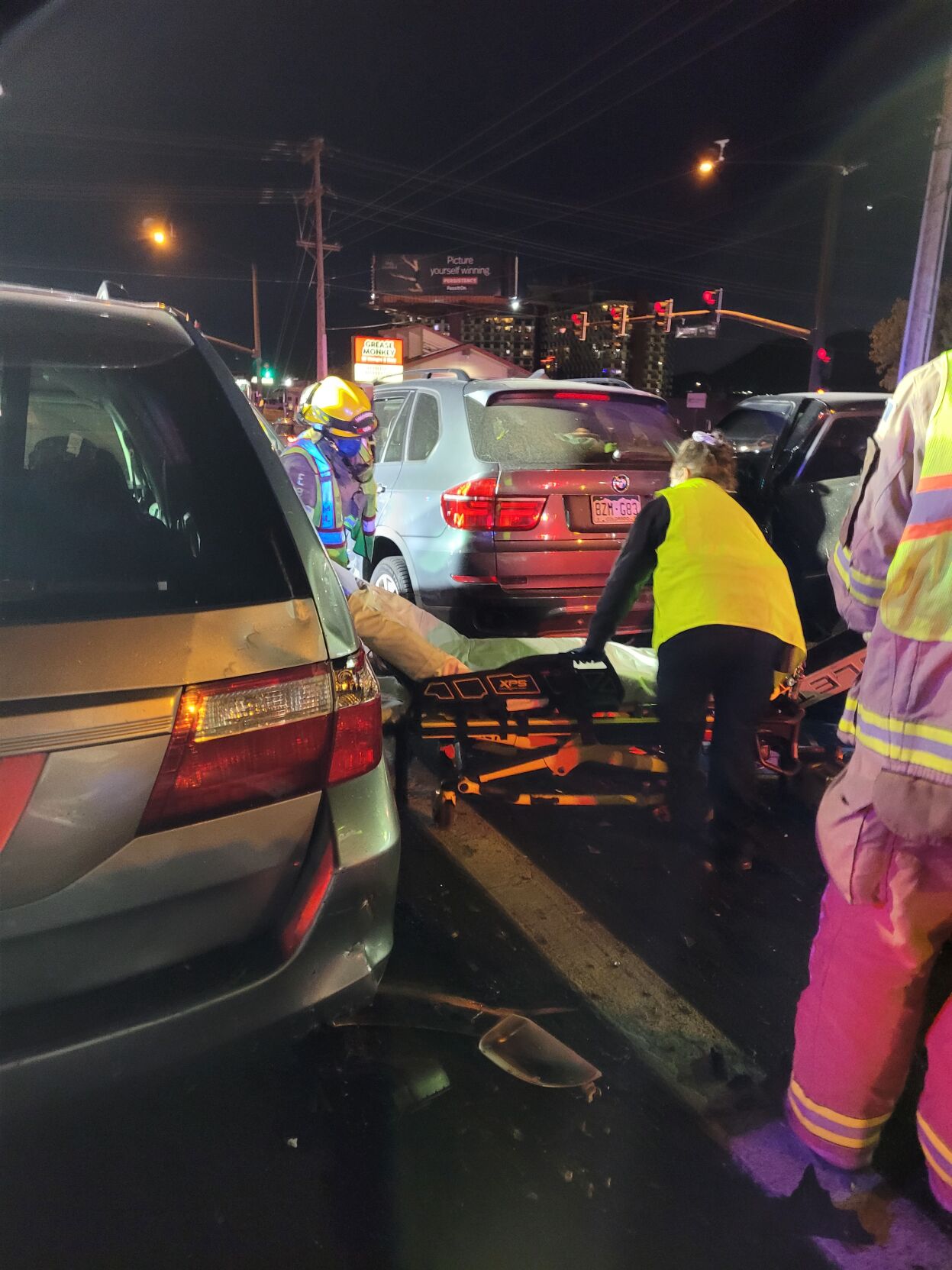 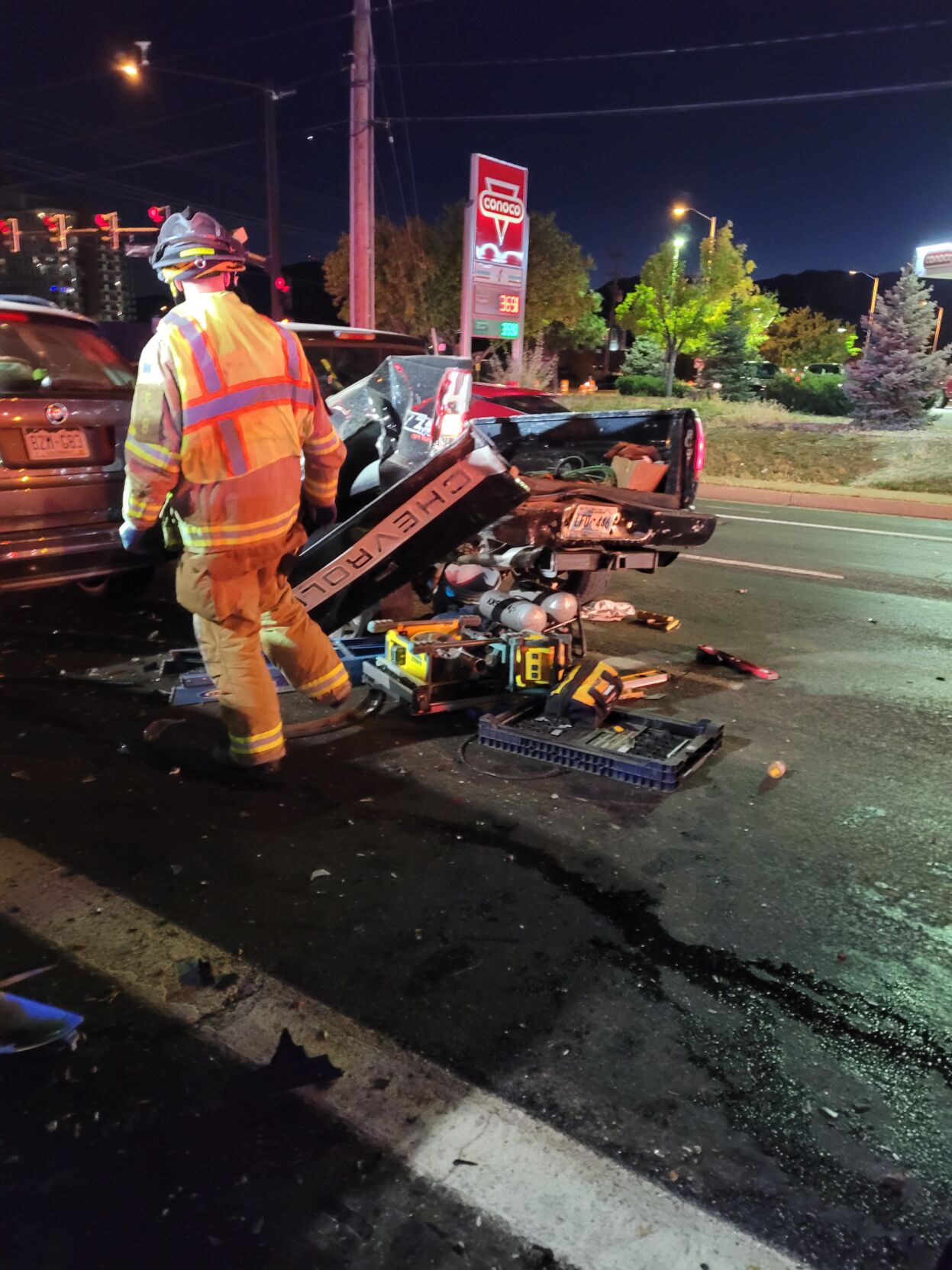 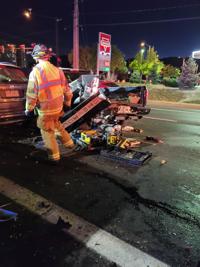 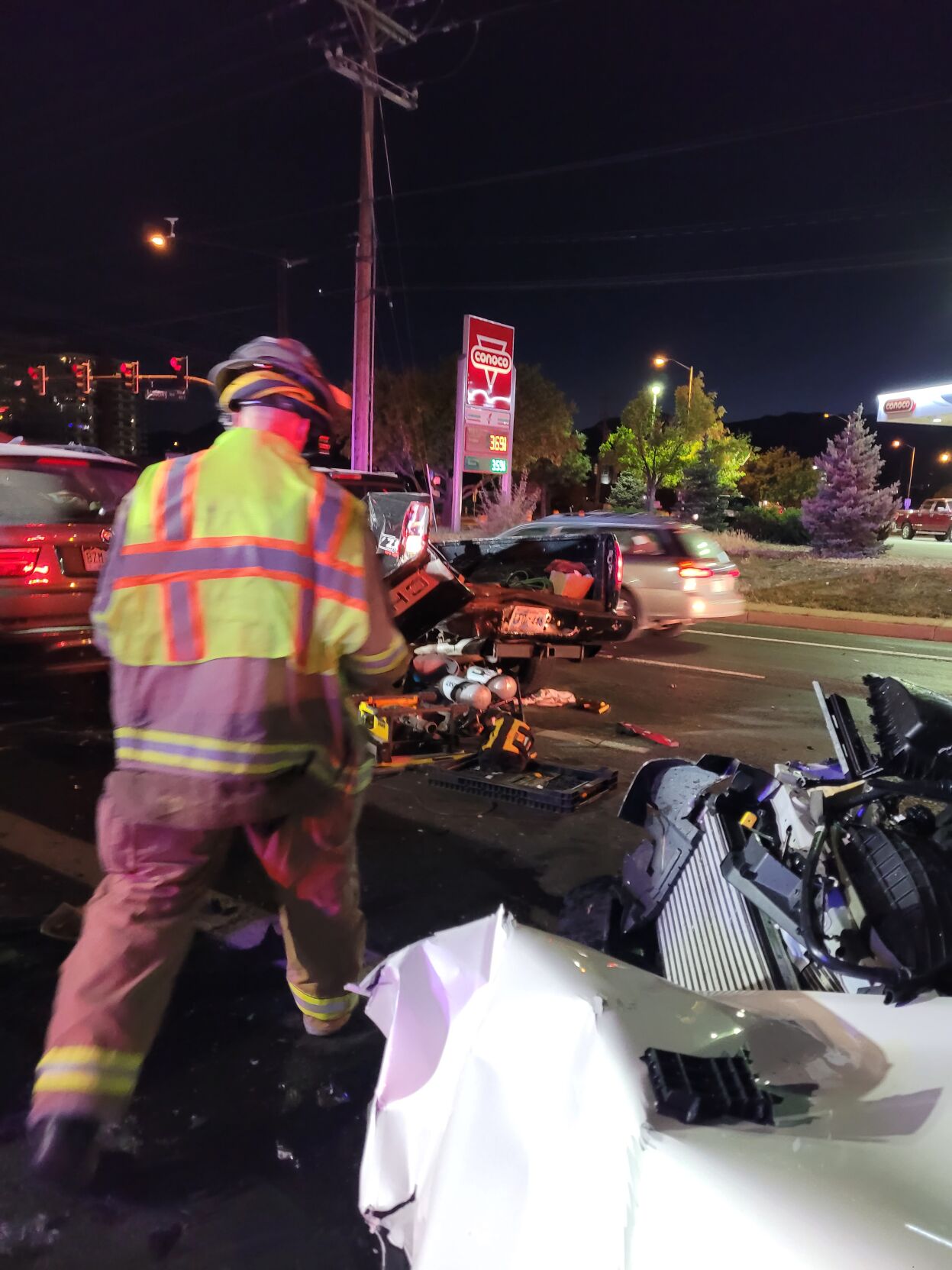 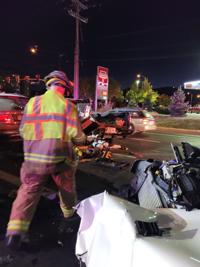 Both directions of South Academy Boulevard were closed between Pikes Peak Avenue and Wentworth Drive for three and half hours while police investigated the crash.

9 hospitalized in wrong-way head-on crash on I-25 near Monument; driver suspected of DUI

Police said a Ford pickup was southbound on Academy when it hit a vehicle that was stopped at a traffic light at Airport Road.

Danielle Overly, a nurse who works at a local hospital, says she was heading home from work when she witnessed the crash.

Overly said she saw a gray pickup speeding and weaving in and out of traffic before it slammed into the back of another truck, causing a chain reaction.

She stopped to pull people out of their cars and check that they were okay. She said she also had to pry open the door of the gray truck, which was smoking, to pull out the driver.

When the fire department arrived minutes later, Overly said she stayed to help triage patients. Most of them "were able to get up and walk away," she said.

Police said two people were taken to the hospital with non-life threatening injuries.

The driver of the Ford pickup was arrested on suspicion of DUI, according to police.