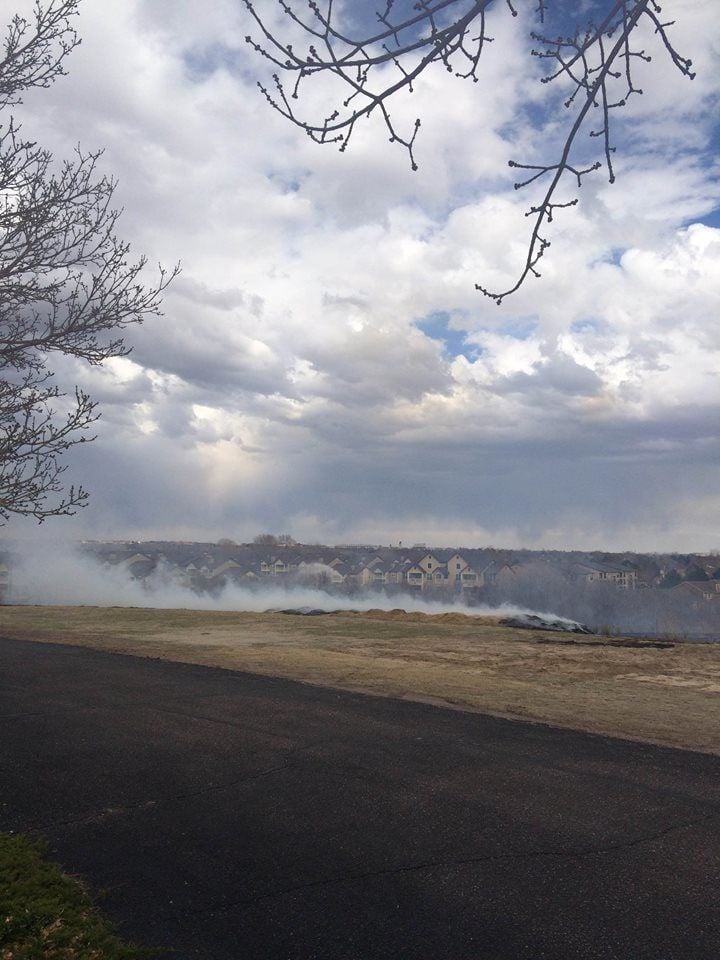 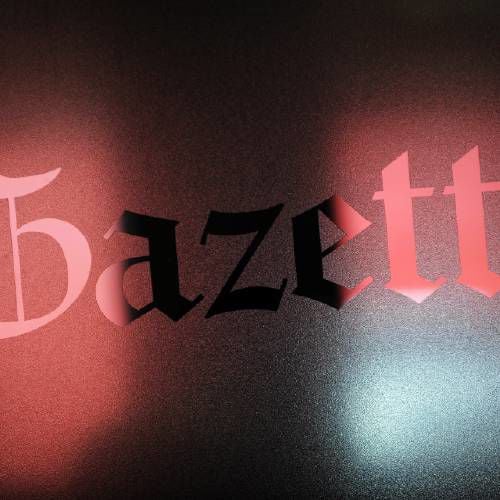 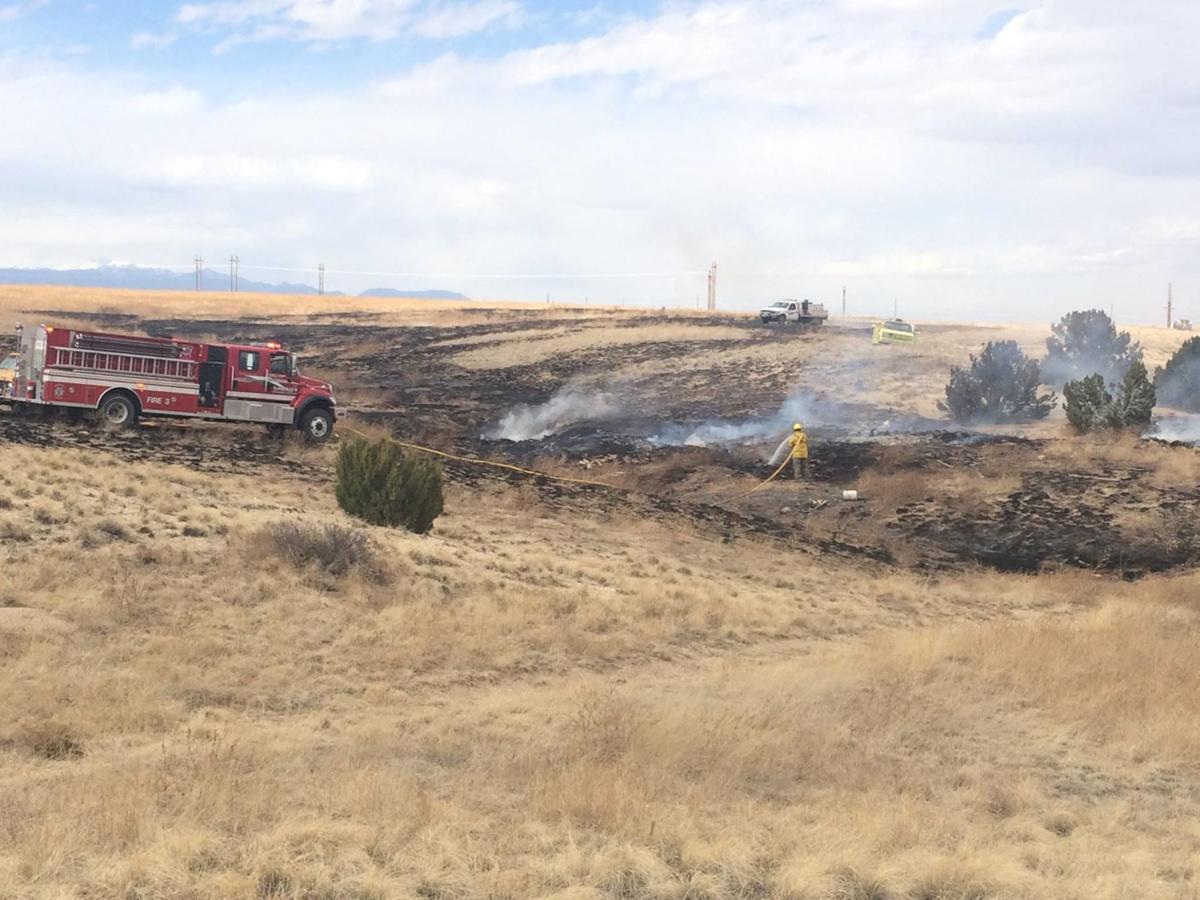 In Colorado Springs, a small grass fire was reported at 1111 Academy Park Loop, near the Nazarene Bible College, around 4 p.m.

Ten to 15 mph winds and grasses were pushing flames, the Colorado Springs Fire Department said in a tweet.

A dispatcher called out that a resident at South Murray Boulevard and Crestline Drive was reporting their fence on fire.

No other details were immediately available.

The Fountain Fire Department reported a grass fire in the area of Rustique Drive and Comanche Village Drive around 1:30 p.m.

A downed power line is responsible, according to Battalion Chief Mike Orr.

The line ran through some tree branches and must have arced and snapped as a result of wind and time, Orr said. The flames burned a little less than half an acre before crews put it out, Orr said.

No injuries were reported and flames were doused before they reached any structures, Orr said, though, "it was close."

The fires burned roughly 6 acres, fueled by winds that required mutual aid from other agencies, the fire department said in a tweet.

Flames have since been contained, the department said.

Two adults were cited for "firing woods and prairie," according to a Pueblo County Sheriff's Office tweet.