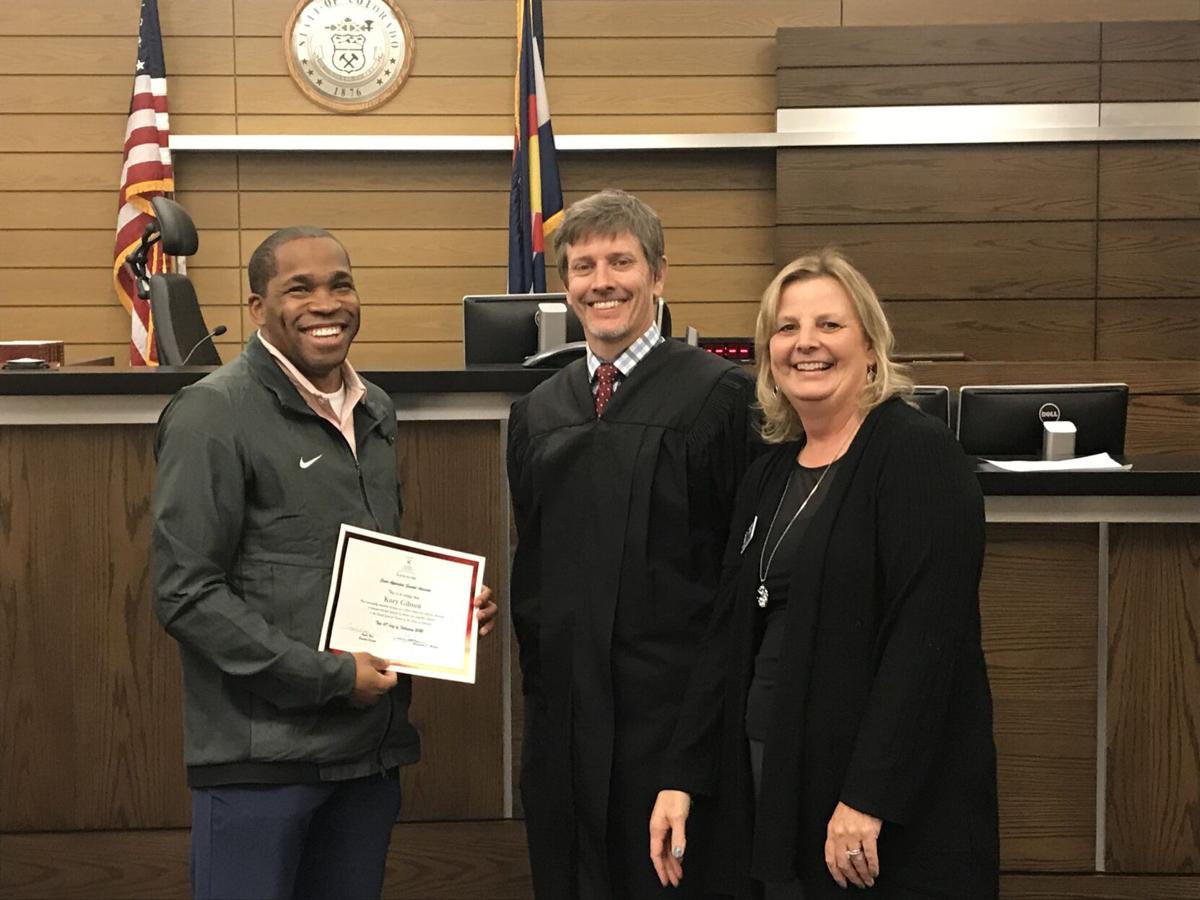 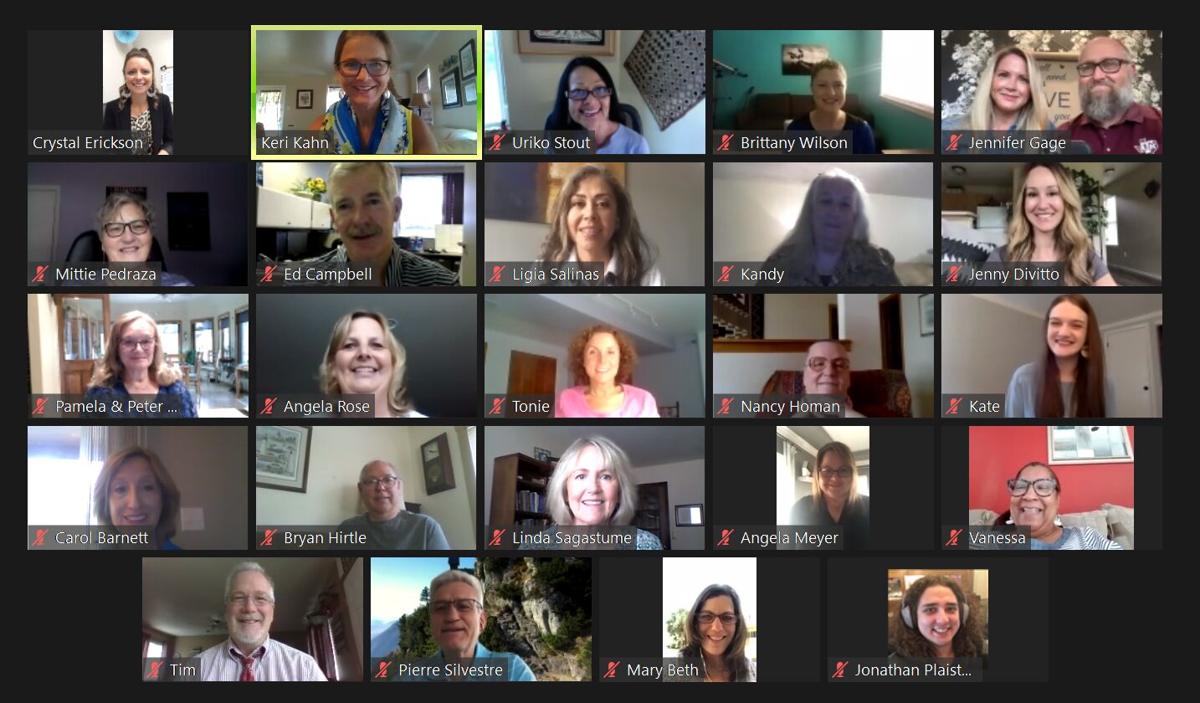 Photos courtesy of CASA of the Pikes Peak Region

New advocates with the Court Appointed Special Advocates of the Pikes Peak Region are sworn in via Zoom. 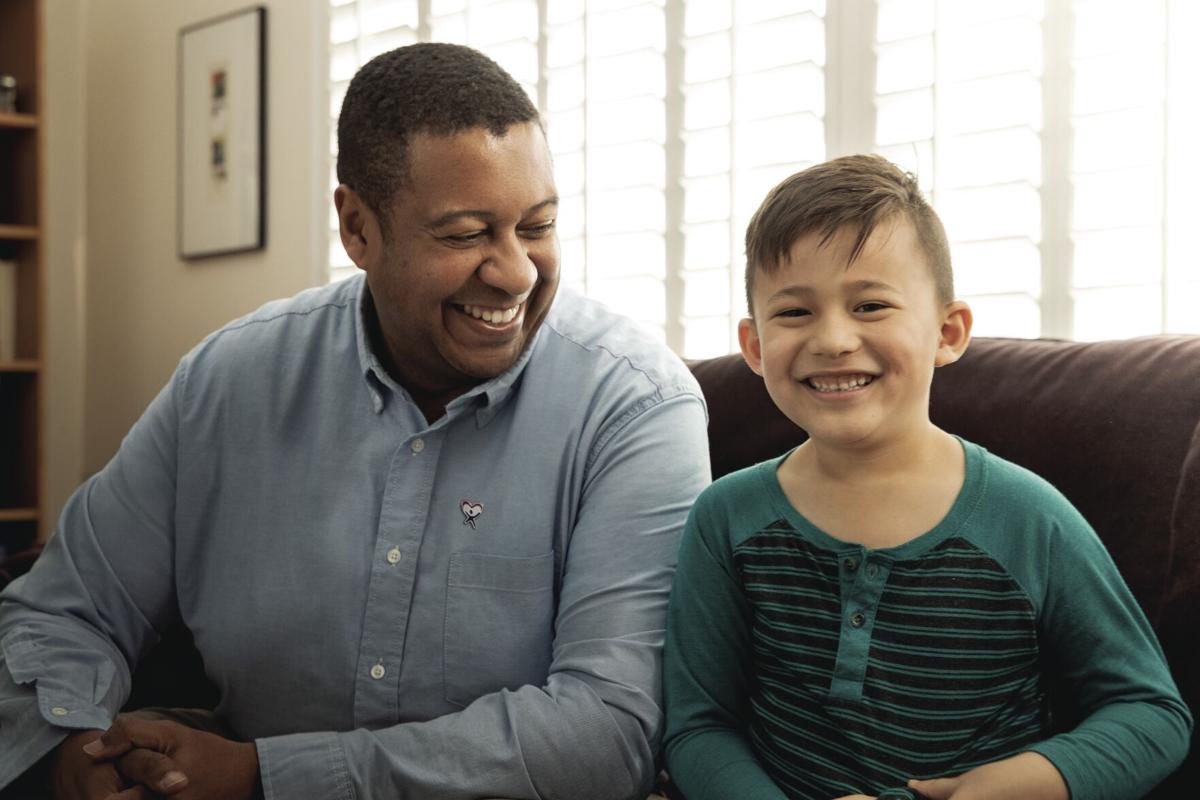 Courtesy of CASA of the Pikes Peak Region

CASA of the Pikes Peak Region has served more than 15,000 children in El Paso and Teller counties since it was founded in 1989. 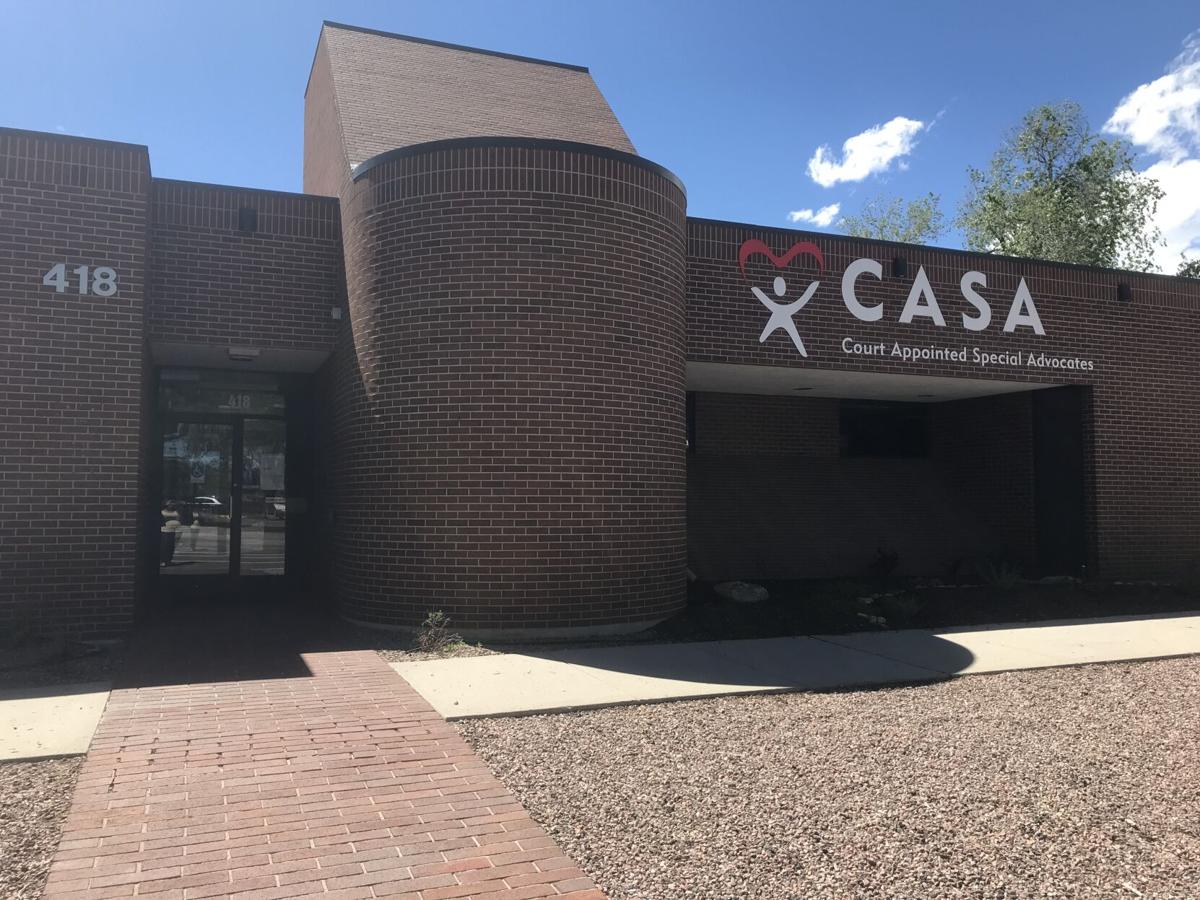 The CASA of the Pikes Peak Region building. 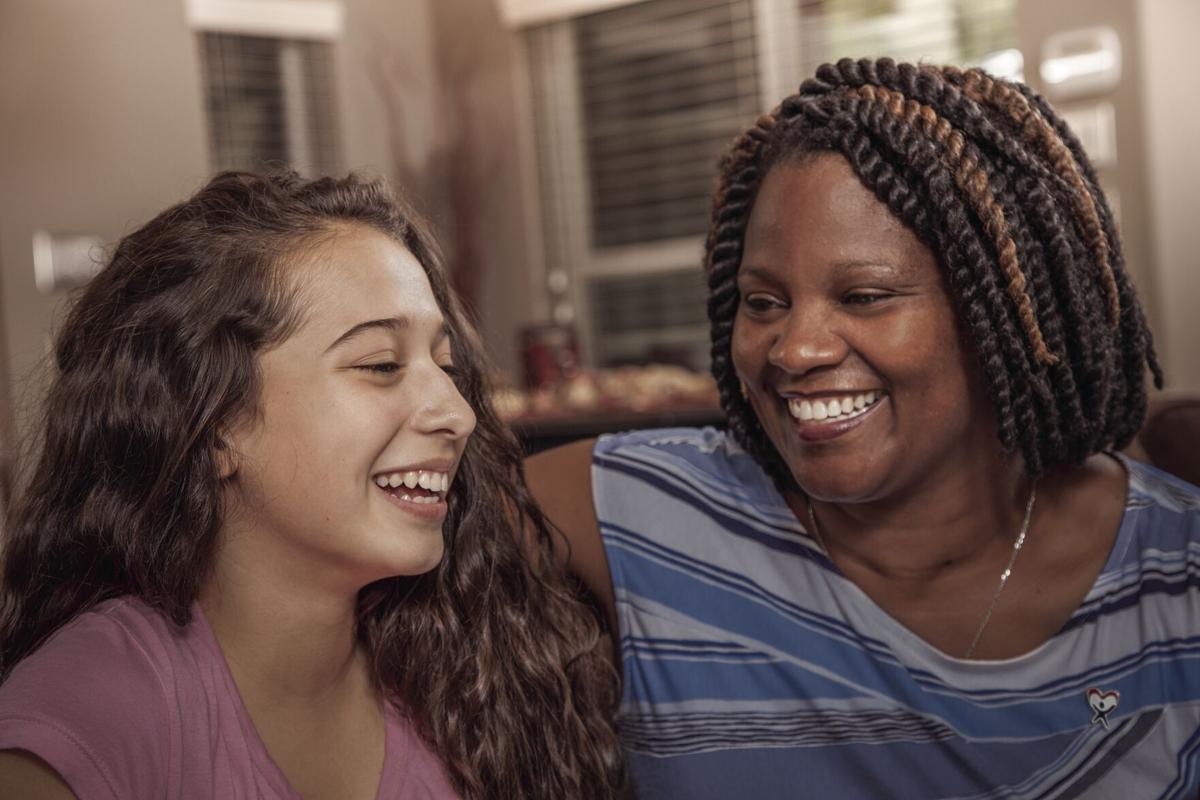 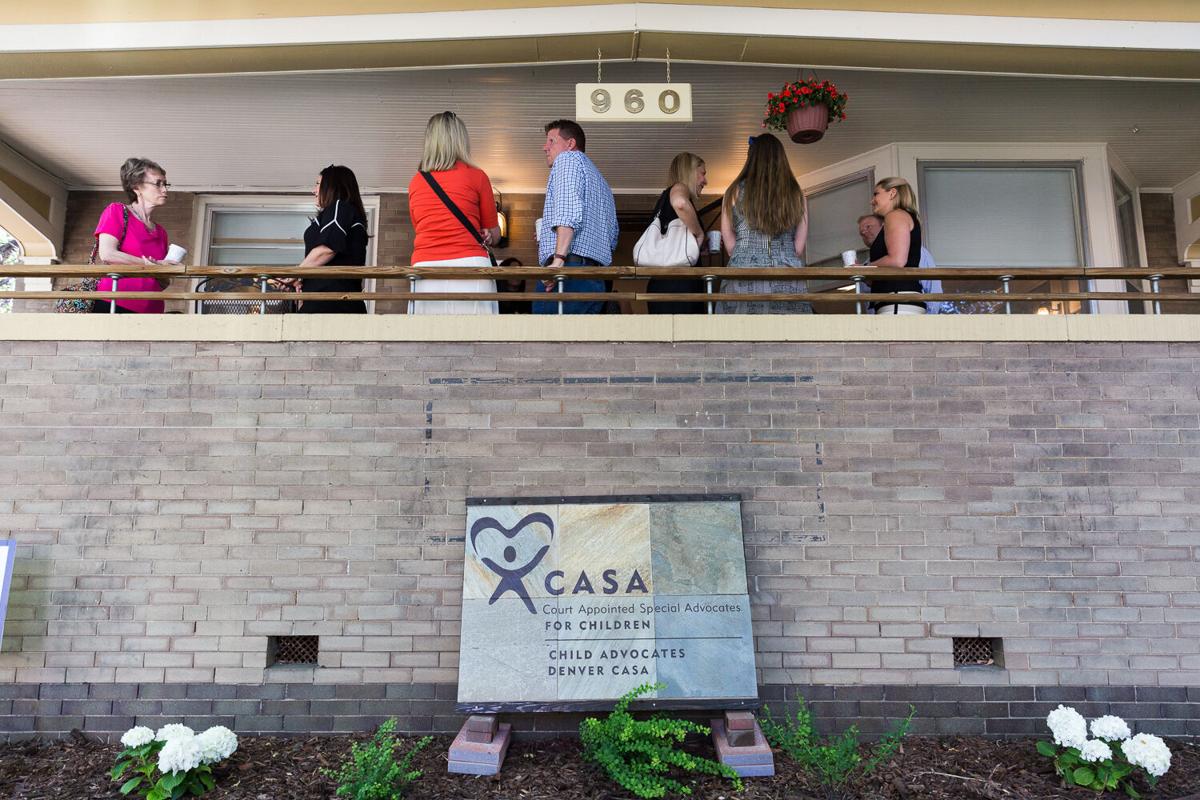 A plate of brownies is left as a sweet thank you for a volunteer advocate with Denver CASA.

Photos courtesy of CASA of the Pikes Peak Region

New advocates with the Court Appointed Special Advocates of the Pikes Peak Region are sworn in via Zoom.

Courtesy of CASA of the Pikes Peak Region

CASA of the Pikes Peak Region has served more than 15,000 children in El Paso and Teller counties since it was founded in 1989.

The CASA of the Pikes Peak Region building.

A plate of brownies is left as a sweet thank you for a volunteer advocate with Denver CASA.

Trained volunteers who advocate for victims of child abuse, neglect and severe domestic conflict have a big order to fill, and it didn’t end with the onset of a global pandemic.

Tasked with providing an independent voice in court for children through Court Appointed Special Advocate nonprofit organizations in the Pikes Peak region and in Denver, volunteer advocates knew their work remained more important than ever.

“Above all else, kids need to be secure,” said Steve Schutz, a volunteer advocate with CASA of the Pikes Peak Region, which serves the 4th Judicial District including El Paso and Teller counties. “They have yet to be a kid. That’s the point. That’s the goal.”

But the pandemic did change the way volunteer advocates meet that goal. As stay-at-home orders, shutdowns and social distancing drove people into their homes at the onset of the pandemic in the spring — and again in the winter as a second wave of coronavirus infections forced tighter restrictions across El Paso, Teller and Denver counties — advocates found themselves struggling with a vital aspect of the job: communication.

“The most important thing you do is start talking with people involved in the case,” said Shannon French, a CASA of the Pikes Peak Region volunteer advocate. That includes the children for whom they will advocate in court, as well as the families, lawyers, medical professionals and others involved in each case.

“We lost out on impromptu types of conversations after court hearings, when you can gather information from others," she said. "It’s important as (an advocate) not to fall into the background. You need to get information and share the information that needs to be shared.”

Volunteer advocate interviews, trainings and swearing-in ceremonies went virtual, as did court hearings and in-person visits for most advocates and the children they represent. Communication went nearly all remote, and advocates had to find creative ways to build and strengthen their relationships with the children, said Cait McHugh, board president of Denver CASA. Playing a virtual game of “I Spy” to ascertain whether the child’s environment was safe or utilizing video live streaming service Twitch to open dialogue with the children were some examples.

“Doing this virtually isn’t impossible, but it’s much harder. When we’re at the park eating ice cream together, that’s the perfect time for us to talk about (home life),” Denver CASA volunteer advocate Isaac Sargent said. “Now, you’re not tricking people, but you’re finding casual ways to talk about these difficult things.”

When Sargent began a new case advocating for three teenagers between the ages of 16 and 18 in November, he focused on helpful life skills he could teach them easily online, such as apartment hunting and setting up a bank account.

“I need to show them that there’s a reason why I’m here,” he said. “Because there are so many resources available and so many people on a case, sometimes they’re like, ‘Wait. Who are you? Why are you talking to me?’ So I try to make it practical.”

Volunteer advocates are critical to the success of each case because they are often a constant in a child’s life, said CASA of the Pikes Peak Region Executive Director Angela Rose.

Kids “really come to rely on that one (court appointed special advocate), and they’re there through the whole process,” Rose said. “Judges know the advocates are intimate with the case.”

“The quality of the court process is dependent on the information that gets to the court. Without the advocate, the court wouldn’t get detailed information, detailed thoughts, options, or advocacy,” he said.

More volunteers are needed because the number of children coming into CASA programs during the pandemic is rising, officials said.

At CASA of the Pikes Peak Region, the number of children coming to their programs because of abuse or neglect has doubled since the pandemic began, spokeswoman Keri Kahn said.

In the last six months of 2019, CASA of the Pikes Peak Region had an average of 12 possible cases and saw an average of 21 kids per month, Kahn said. From March to August this year, the six-month period following initial school closures and social distancing orders when the pandemic hit, the nonprofit saw an average of 22 cases and 40 children each month.

At Denver CASA, which serves Denver’s 2nd Judicial District, the number of children served is up 4% over 2019, Executive Director Karen Silverman said.

“So that’s not a huge increase, but many cases are more severe on average than they were before, and we’re seeing situations come to police and Child Protective Services later than they would before.”

That’s not surprising, El Paso County Department of Human Services Executive Director Julie Krow said, since children are at home more and out of the public eye. Mandatory reporters — school authorities, teachers, clergy and more than 40 other professions required by state law to alert police or child-protection workers to any suspected physical or sexual abuse of children — aren’t seeing them as often.

The increase in children coming to CASA’s programs is inversely correlated to the number of reports of suspected neglect or abuse. Data from El Paso County Department of Human Services show a drop in the number of referrals beginning in April, when 472 confirmed cases that entered the legal system were called in, compared with 525 in March. In September, 600 confirmed cases were reported, compared with 689 in September 2019.

“I wish I could say with confidence that that’s because child abuse and neglect is decreasing, but unfortunately I can’t,” Krow said.

Oversight from mandatory reporters is limited, but Krow encourages the community at large to call 1-844-CO-4-KIDS or 911 if abuse or neglect are suspected.

“CASA volunteers can be very valuable in helping a child adjust to a situation they’re in, and guide them through the system,” said Karen Silverman, executive director of Denver CASA. “Whether it’s educational services or making sure they’re going to the dentist, (advocates are) making sure these kids don’t get overlooked by the system. CASAs have the ability to ensure children are getting the attention they require and their needs are being met. They also extend a hand in friendship to the families.”

CASA of the Pikes Peak Region

“We have made every part of the process socially distanced, including volunteer training and swearing-in ceremonies, which now take place online,” CASA of the Pikes Peak Region spokeswoman Keri Kahn said.

The first step to learning about becoming a volunteer advocate is to attend a Volunteer Info Session via Zoom. The next session is Jan. 11 at 3 p.m. Interested volunteers will need to RSVP to the session online at casappr.org/volunteer to receive Zoom login information.

For more information about volunteering or donating to CASA of the Pikes Peak Region, visit casappr.org.

If you suspect child abuse or neglect