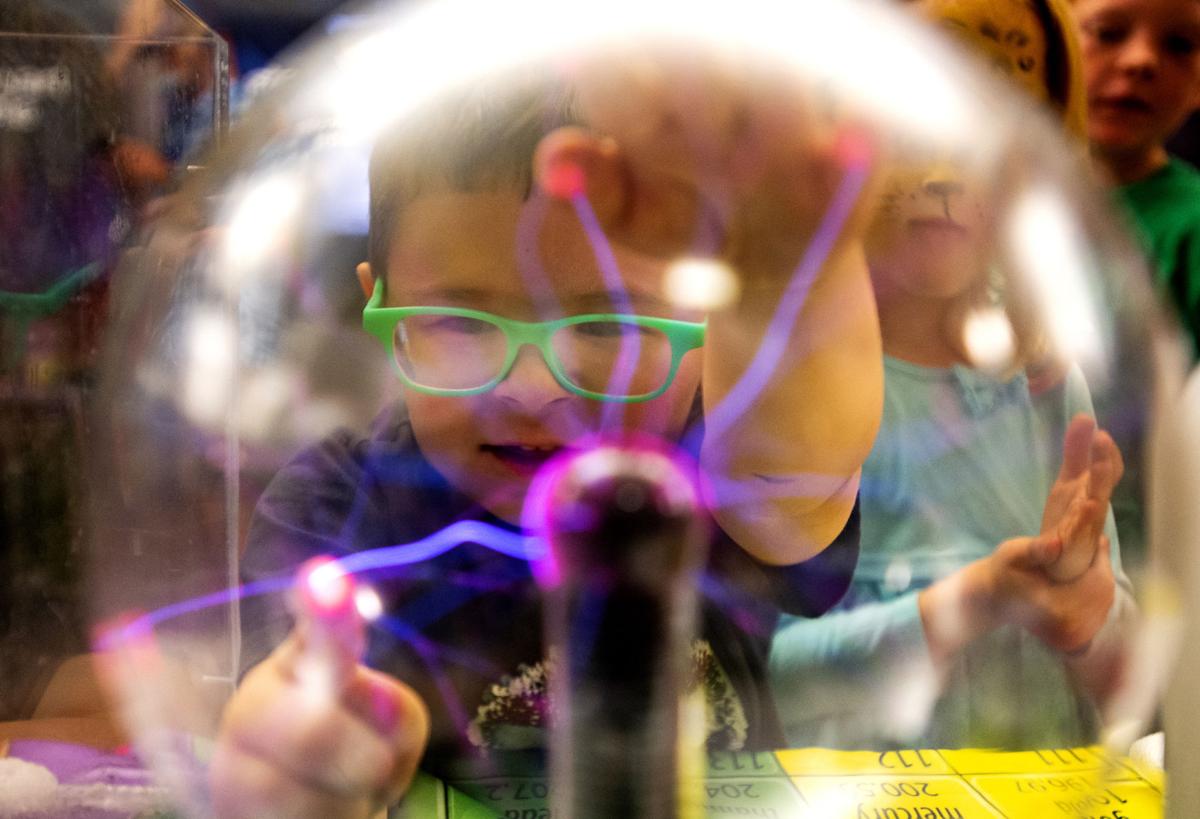 interactive experiences in the arts, engineering, science and more. 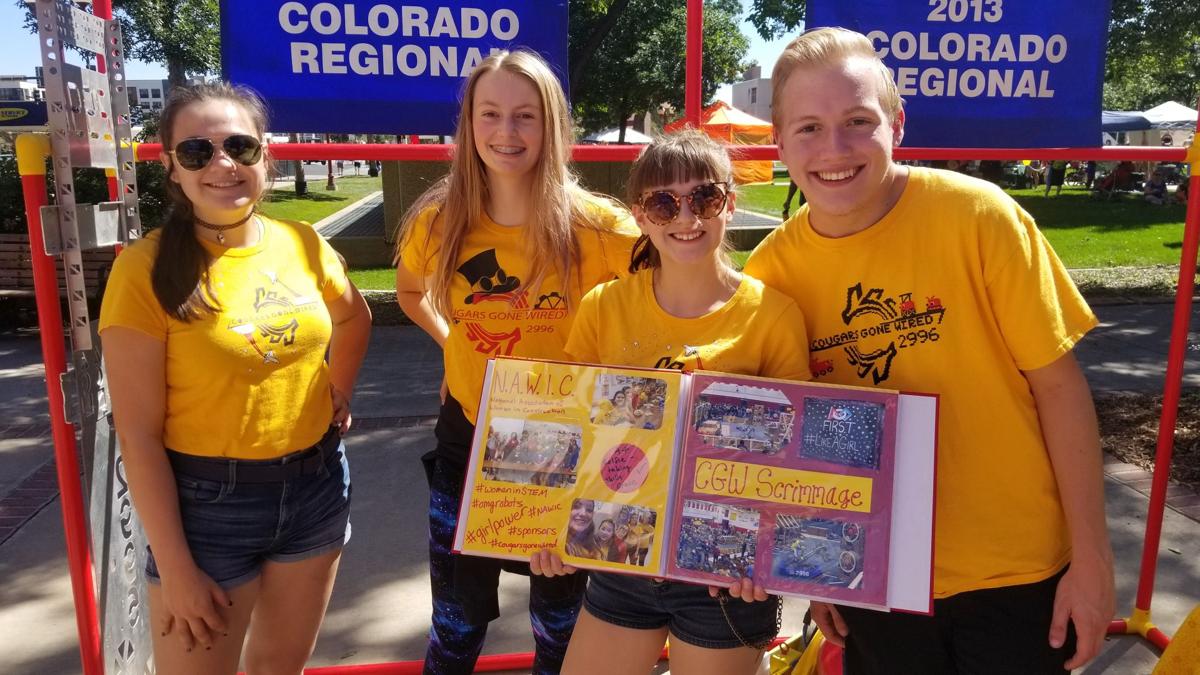 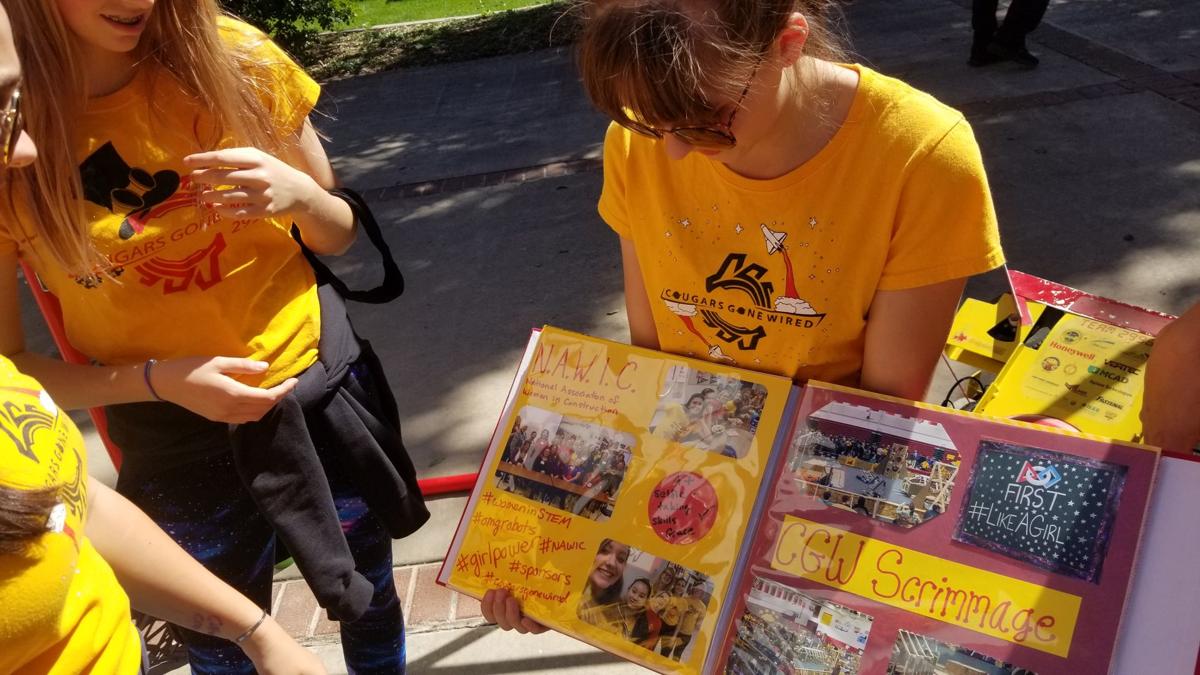 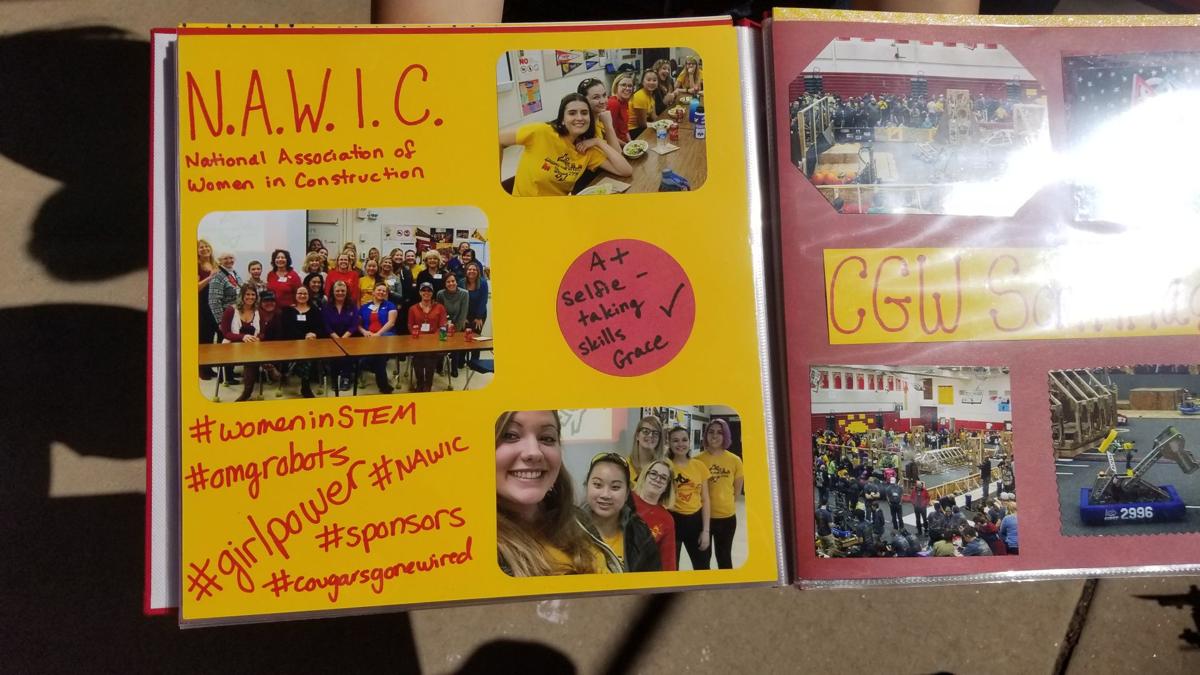 A page from the "Cougars Gone Wired" club's scrapbook that celebrates women in science fields. Photo by Liz Henderson. 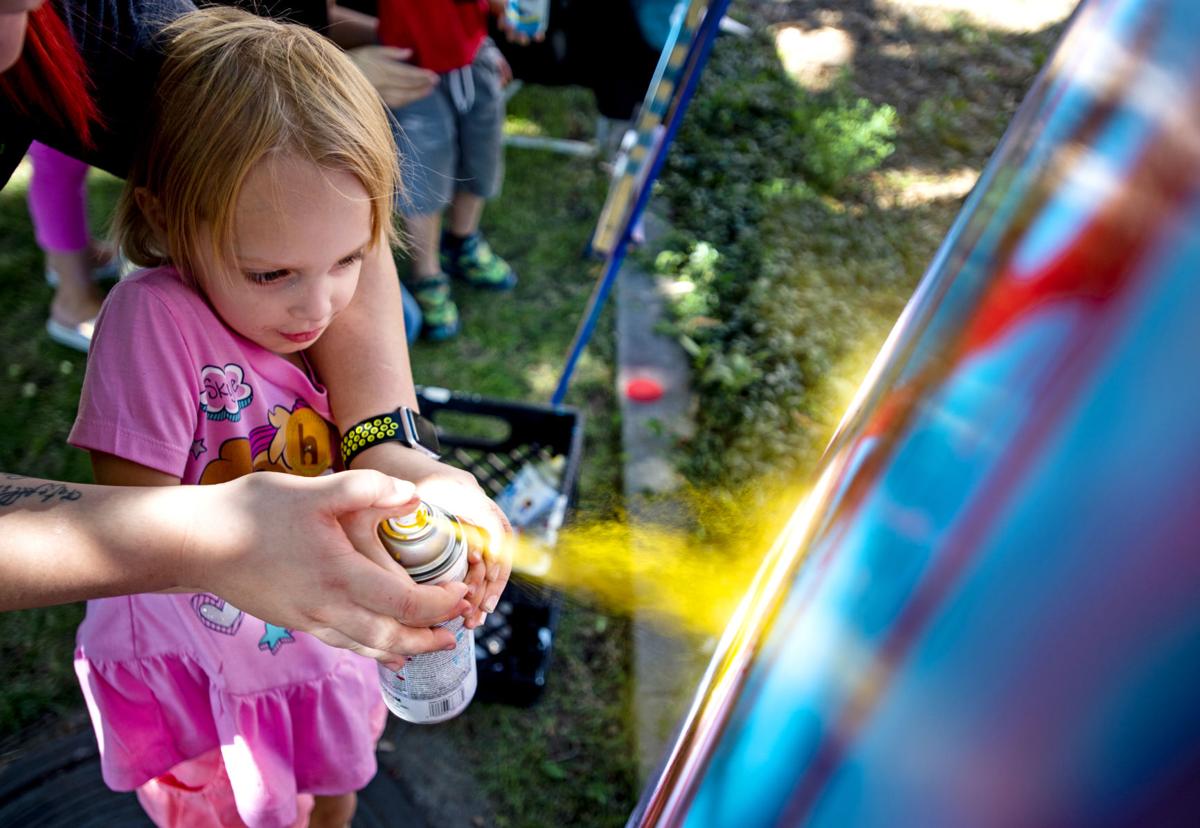 interactive experiences in the arts, engineering, science and more.

A page from the "Cougars Gone Wired" club's scrapbook that celebrates women in science fields. Photo by Liz Henderson.

It may have been a popular, albeit wrong, adage decades ago that math isn’t for girls. But on Saturday at the downtown Colorado Springs What IF … Festival of Imagination and Innovation, girls from Coronado High School’s robotics club weren’t just challenging the old myth — they smashed it.

The festival, organized by nonprofit Imagination Celebration, returned for its 10th year Saturday with more than 140 exhibitors who drew thousands of children and their parents downtown. One of those exhibits was the Cougars Gone Wired robotics club, who hosted a variety of battle-fighting remote controlled androids.

The club’s focus is cooperative competition, 17-year-old Samantha Bernard said. Along the way, students learn that science and engineering are inherently team-based, and everyone’s invited.

What IF festival returns this weekend for its 10th year

“It’s a really cool experience,” Coronado student Megan Moro, 14, said. “It wouldn’t have been possible, but now there’s so many more chances for women to be involved.”

A 2000 study suggested that young girls were twice as likely to depict men when asked to draw a mathematician or scientist. While that stigma is slowly melting away, studies show that women are still less likely to pursue STEM careers. In clubs like the “Cougars,” though, there’s a place for everyone.

“I am not a huge robot person,” said club student Naomi Nelson, 17. “(But) I help write the essays that help us win all the awards.”

There are even students who help design the groups T-shirts and select team music, she said.

And the girls have great ideas, Bernard said.

“As people, we can add different skills,” Moro added.

Students in the club are given six weeks to build a robot for competition. It’s there that students learn to lean on each other, Bernard said.

“In the pits, everyone’s asking each other questions,” she said. “We’re loaning each other tools … we’ve had years where for half of the day we’re using other (teams’) batteries.”

Don’t get her wrong, she still wants to beat you in what the teens call “coopertition.”