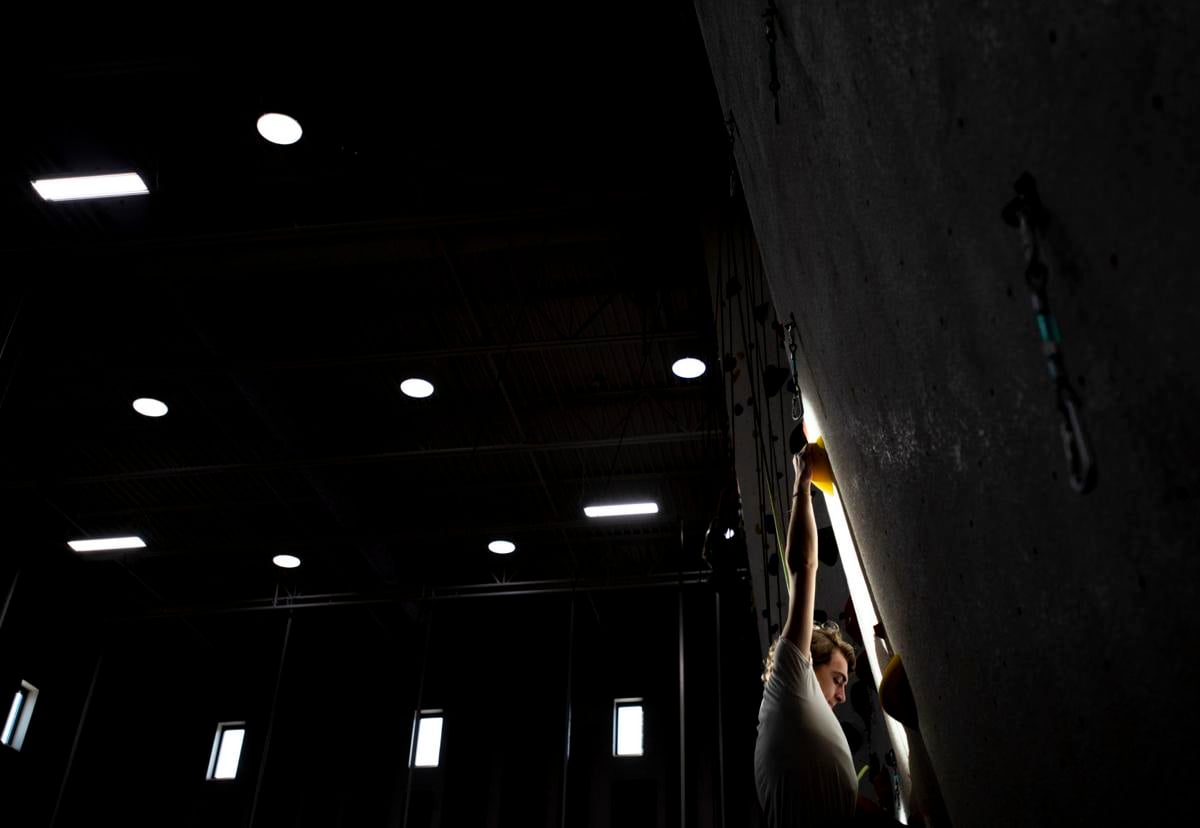 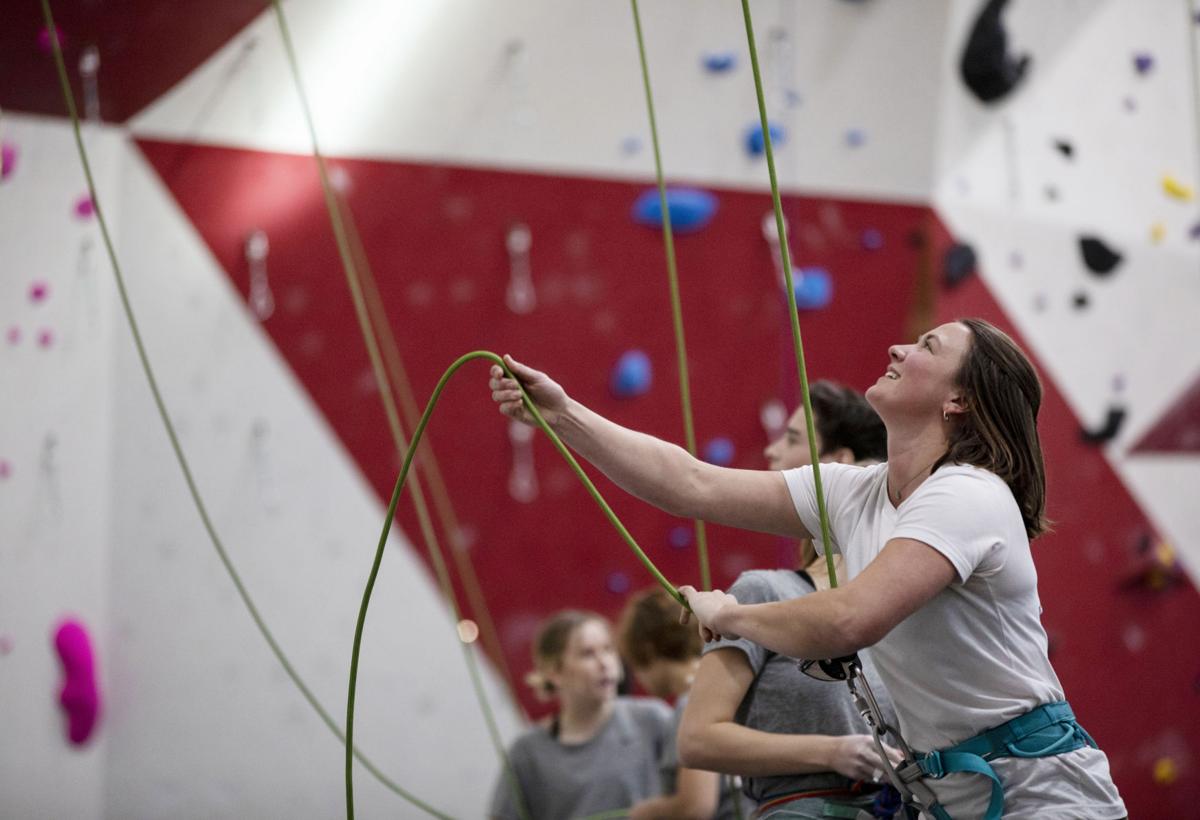 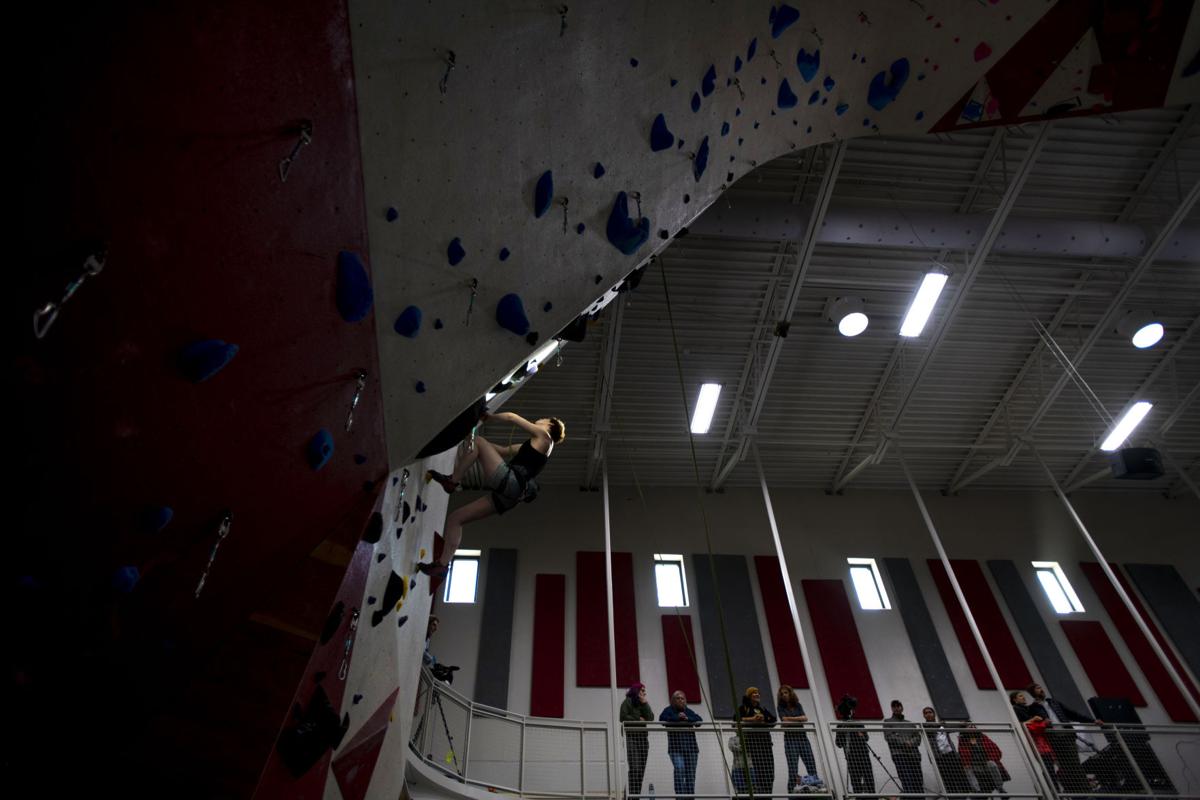 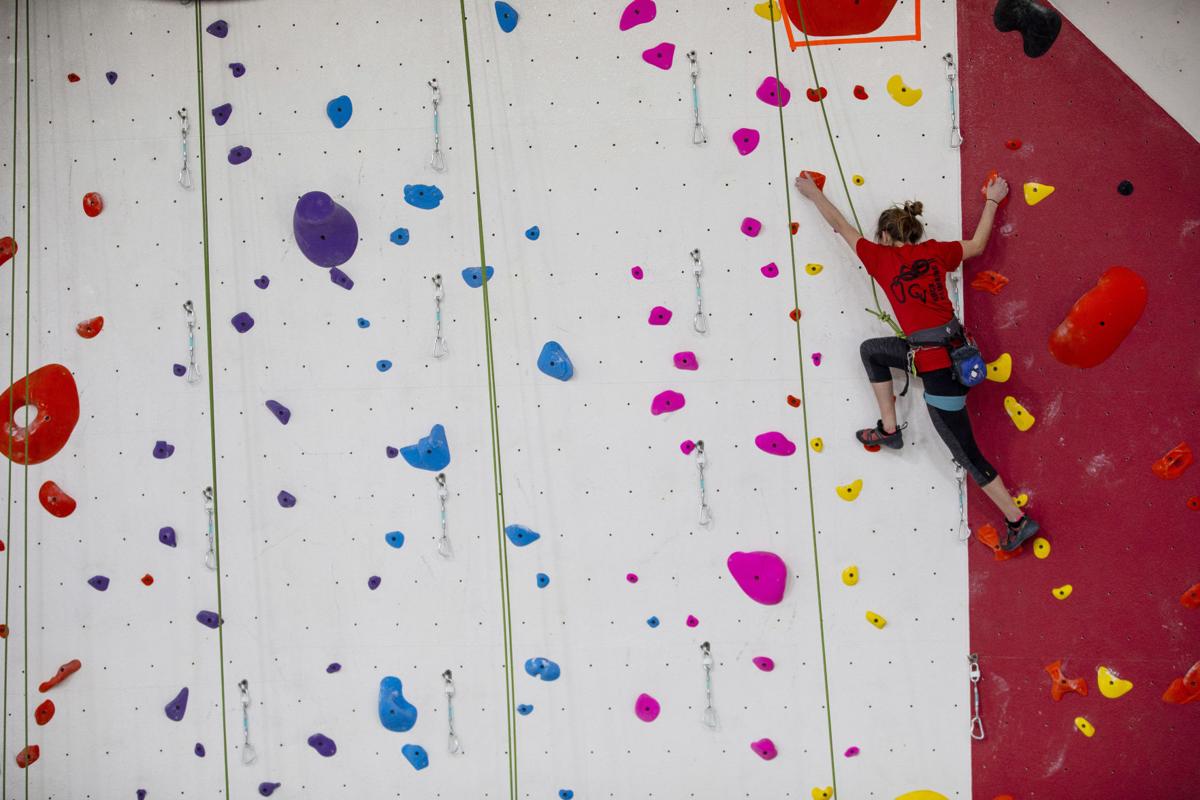 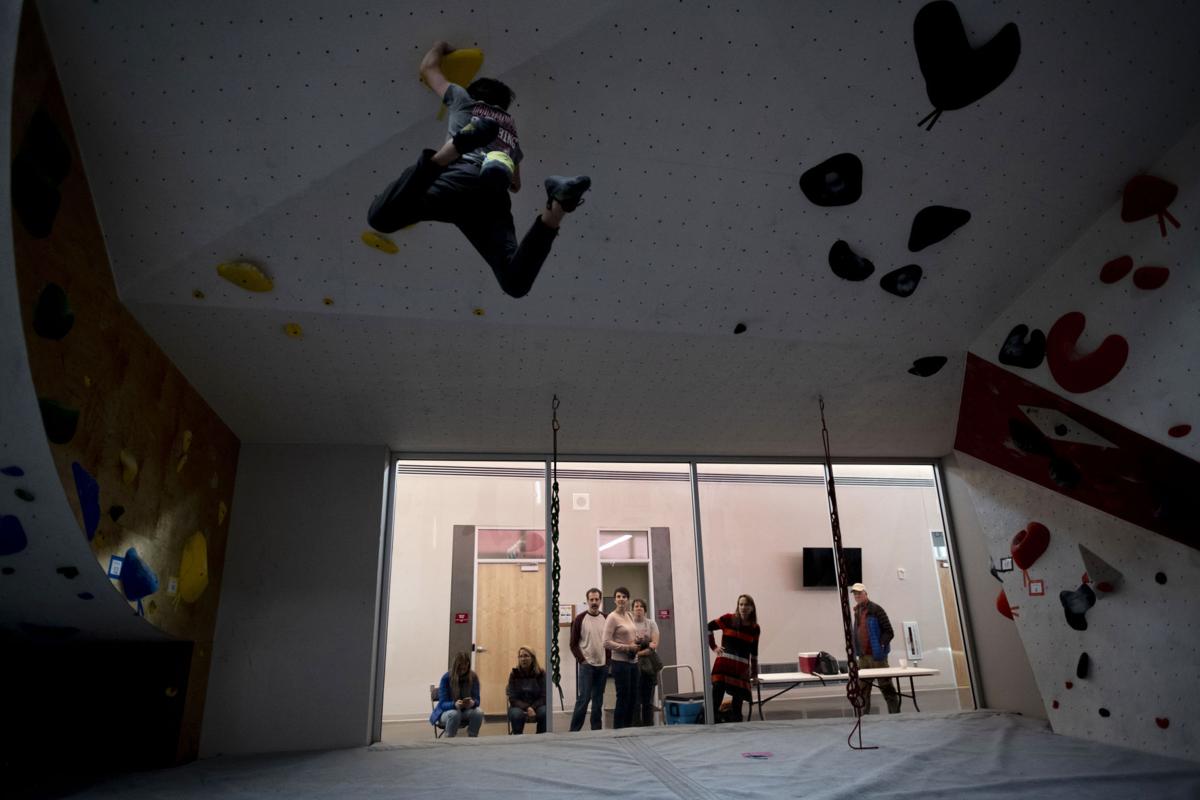 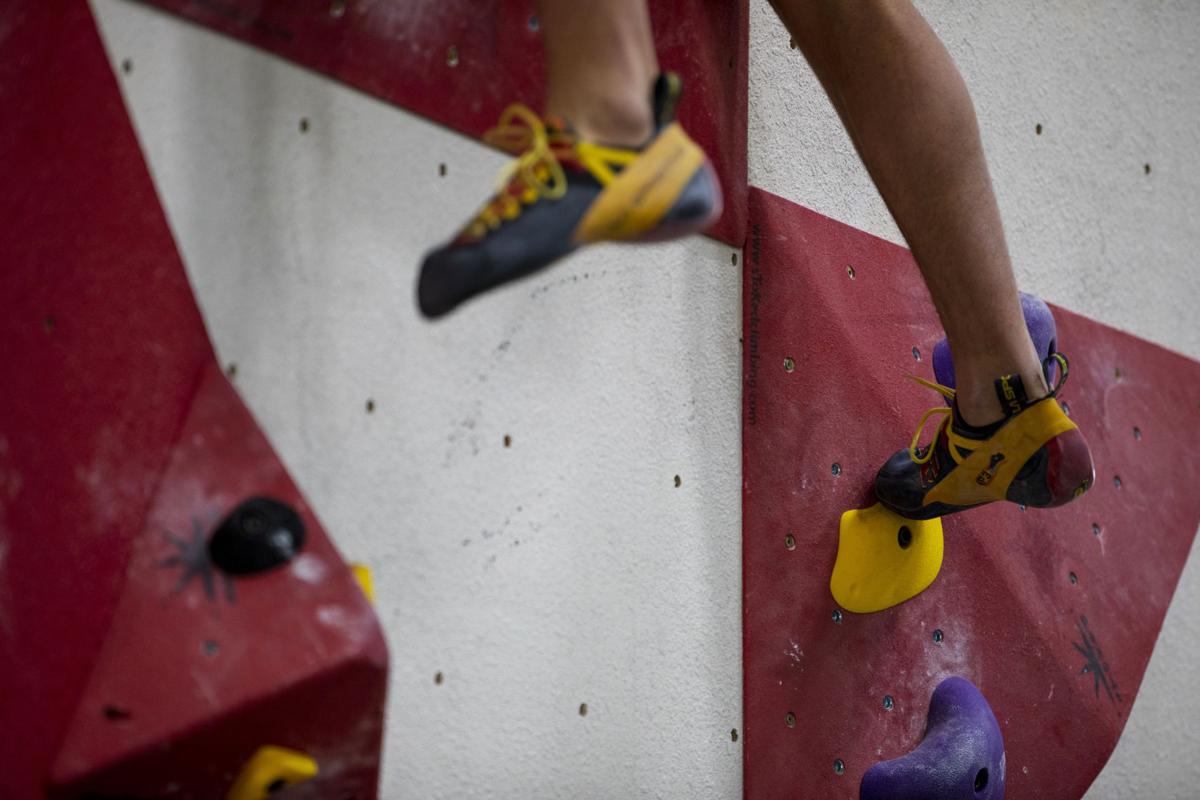 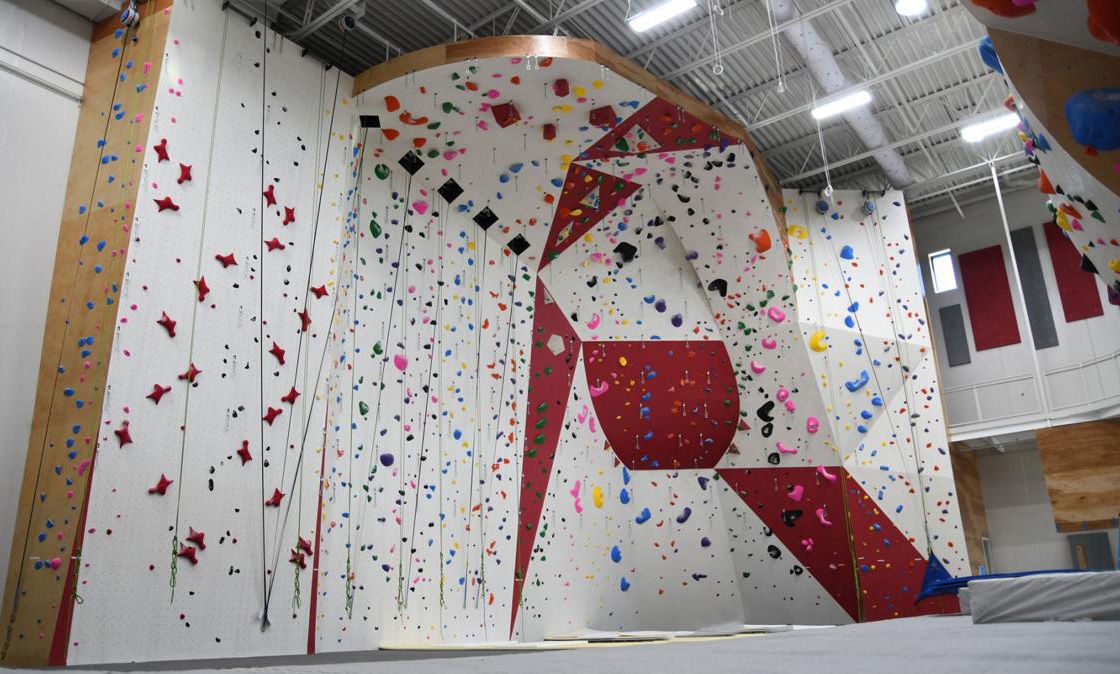 Among climbers, there’s a concern about a gap.

The worry is that without mentors to bridge the gap, valuable skills won’t get passed along to the next generation of climbers.

That was at least part of the idea behind Saturday’s American Scholastic Climbing League competition at the Fountain Valley School’s new Julie and Spencer Penrose Athletic Center, where about 100 students from seven Colorado schools, their hands white with chalk, scaled nearly 40-foot walls to rack up points.

“Colorado Springs has a really awesome climbing community,” said Perri Davis, a coach from Palmer Ridge High School in Monument. “I feel like people here are really welcoming and open to introducing new people to the sport as well as just having a good time and cheering for the love of what this is. It’s a really strong community.”

The Climbing Wall Association estimates that the indoor climbing industry will break $1 billion by 2021, and in a sport built on trust, rapid growth can make it difficult to maintain the culture of mentorship.

Boulder, the climbing capital of the country, is known for hosting some of the most accomplished climbing athletes in the world. Though the community there is also tight-knit, the southern Colorado group is especially welcoming, Palmer High School coach Jeremy Joiner said.

“I’ve climbed up there a fair amount, and it feels a lot more casual (here),” Joiner said.

The facility was built as part of a $25 million donor campaign at Fountain Valley School, a private school south of Colorado Springs with about 240 students.

Climbing at the high school, rather than corporate gyms, allows students to work more closely with each other, Joiner said. Climbers will often help each other plan routes up the wall or give tips on techniques for challenging obstacles, he said.

Savian Johnson, a 17-year-old senior at Fountain Valley School, placed third in state competitions last year. He began climbing with his uncle when he was young, he said, but became serious about the sport his freshman year of high school. Rock climbing’s collaborative nature and mental challenge is what drew Johnson to the highly physical sport.

Thunder Butte a rewarding challenge, but only for Colorado's fittest | Happy Trails

In a constant battle against fatigue, climbers are also engaged in a mental game of chess — always needing to know their next several moves before taking a single step.

“People think of (climbing) as more of an extreme sport, but a lot of people consider it to be more of a dance,” Johnson said. “To get up the wall, you have to consider a lot of movement and body position and technique. It takes a lot of technique to get up the wall the most efficient way.”

“It is my sport but it’s also my hobby” added Max Campbell, a freshman up-and-comer in rock climbing from Cheyenne Mountain High School.

Coaches and organizers of Saturday’s event said they hope that climbing’s culture will help push the sport into a more prominent spotlight at other high schools.