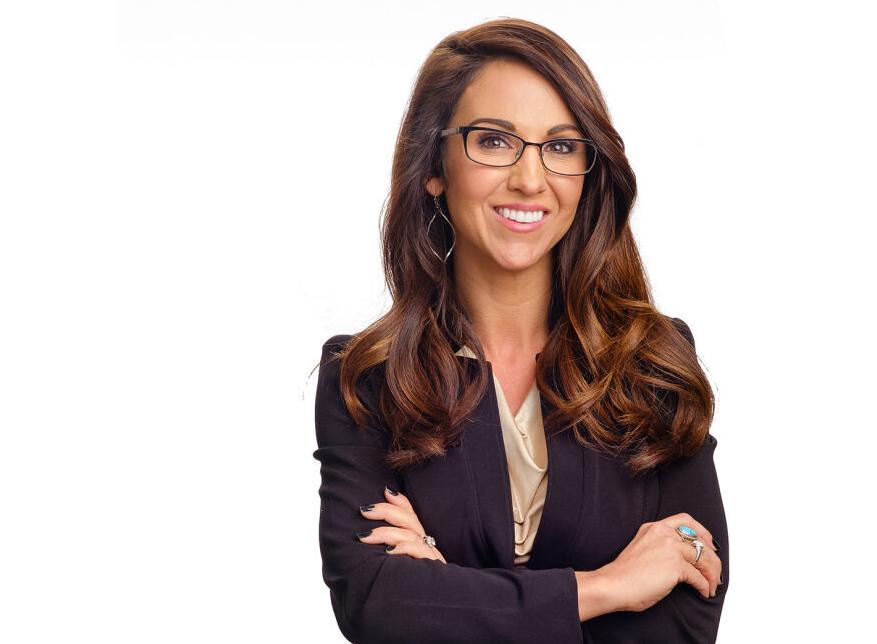 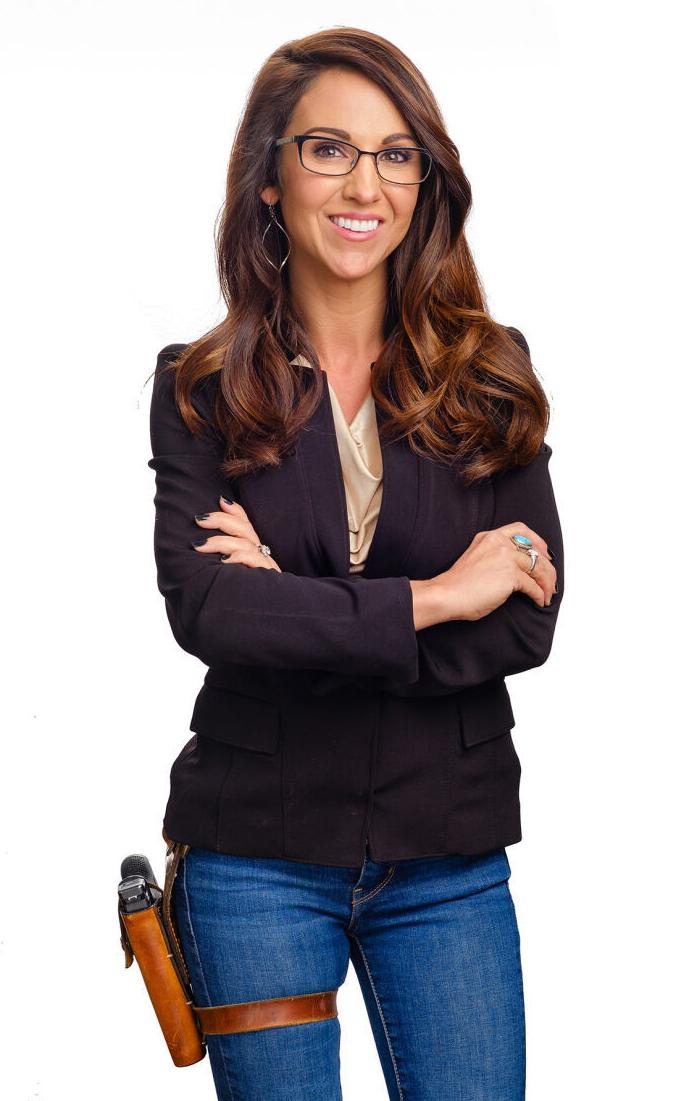 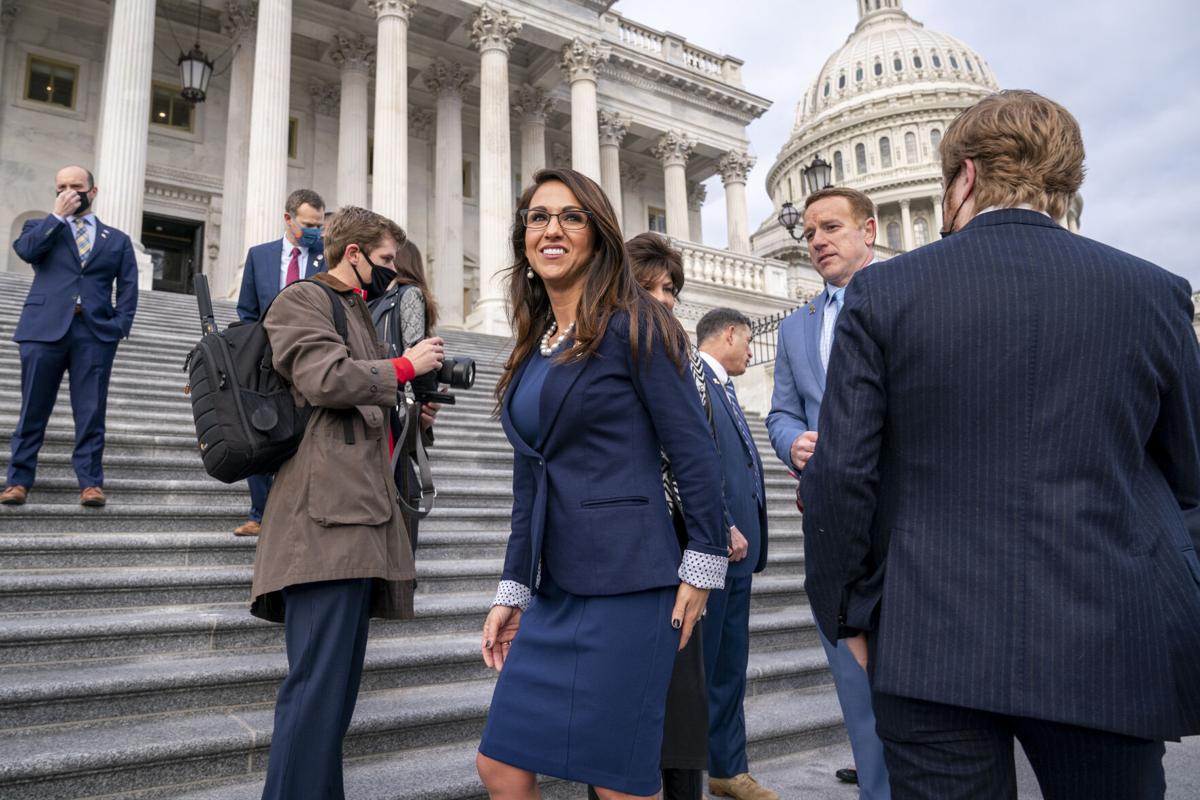 Rep. Lauren Boebert, R-Rifle, center, joins other freshman Republican House members for a group photo at the Capitol in Washington this month.

Just days after being sworn into office, Rifle Republican Lauren Boebert has vaulted into the rarefied pantheon of Colorado politicians who have found themselves the brunt of national comedians and satirists.

Boebert, a gun-rights activist and the owner of a Western Slope restaurant where the wait staff is armed, joins only a handful of the state’s politicos who have drawn attention from late-night TV hosts and The Onion — though their ranks grew considerably over the past two years, when Colorado’s two senators were both running for president.

Before 2019, the laughmeisters occasionally would cast a light on Colorado’s political scene, usually to make a joke about legalized marijuana, though former Interior Secretary Ken Salazar was a favorite at The Onion for several years running, too.

Boebert’s predecessor, Republican Scott Tipton, landed in the pages of The Onion on Jan. 17, 2019, amid the federal government shutdown.

“This will go down in the history books as the Tipton shutdown,” the story said.

2019, it turns out, was a banner year for satirists and late-night comedians making fun of Colorado politicians, because John Hickenlooper and Michael Bennet both ran for president in a crowded Democratic primary field.

Hickenlooper was the subject of numerous late-night jokes and Onion stories basically finding it hilarious that he had a long, somewhat hard-to-pronounce name, though both Colorado politicians were ribbed routinely for polling poorly and fading into the back of the enormous pack of candidates.

In late June 2019, for instance, The Onion name-checked them both in an infographic summarizing the highlights of the primary debate in Miami, when the field was so crowded the Democrats split the show across two nights. The two Coloradans shared the stage with Joe Biden, Kamala Harris and Marianne Williamson, among others.

“Michael Bennet apologizes after accidentally introducing himself as Tim Ryan,” one entry read.

But Boebert has jumped into the comedic spotlight with uncanny speed.

Since she arrived in Washington, Boebert has been a veritable fountain of publicity, first generating headlines for declaring she intended to carry a handgun around D.C. and at the Capitol and then knocking the news machine into high gear again by repeatedly setting off the metal detectors outside House chambers, where handguns aren’t allowed.

Biden administration will be felt in Colorado with moves on immigration, COVID, climate

But it was in the wake of the deadly assault on the Capitol that attention focused even more heavily on Boebert, first for tweeting about the location of House members and Speaker Nancy Pelosi during the siege and later when some Democrats have raised the possibility some Republicans were leading what they allege could be “reconnaissance” tours through the Capitol the day before the riot.

Boebert rejects insinuations she was doing anything wrong by tweeting information that was widely broadcast on TV and elsewhere — and vehemently denies she did anything other than show her family around the Capitol on the day of her swearing-in ceremony.

TV hosts Stephen Colbert and Seth Meyers and The Onion, however, turned Boebert into a punchline last week.

Colbert, a consistent critic of Trump and his fans, threw a headline up on screen during the monologue on his Jan. 15 show.

“Some Democrats in Congress are worried their colleagues might kill them,” the headline read.

"They’re all guilty and they’re all Mr. White,” Colbert said.

“Democrats have reason to be suspicious,” he continued. “Take the behavior of QAnon representative and woman insisting you do like what you see, Lauren Boebert. During the siege, Boebert kept tweeting out locations of members.”

That same day, The Onion featured Boebert in a news brief that also poked fun at her tweets.

The story noted that Boebert was briefly suspended from Twitter — for a matter of hours a few days earlier — and then planted tongue firmly in cheek to say that she was tracking Pelosi through the Capitol, reporting her position at every turn.

“‘The Speaker has discarded the baking cup and is now pouring herself a cup of coffee — no, she’s going for tea,’ reported Boebert, who shared minute-by-minute updates on Pelosi’s current whereabouts with her hundreds of thousands of right-wing followers, along with a series of blurry photos of the House speaker rummaging through a drawer for sweetener,” read The Onion’s satirical news article.

On Jan. 14, the day after the House voted to impeach then-President Donald Trump for the second time, Meyers played a clip of Boebert arguing against impeaching Trump, who endorsed her candidacy in July just days after she defeated the co-chairman of his Colorado campaign in the primary.

“Rather than actually helping American people in this time, we start impeachment that further divides our country,” Boebert raged at the microphone. “I call bullcrap!”

“I didn’t know you could invoke your congressional power of invoking playground law,” Meyers deadpanned. “ ‘Not only do I call bullcrap, but I regret to inform the speaker that the impeachment has indeed bounced off us and now sticks to you!’ “

Then Meyers took aim at Boebert’s exploits with firearms at the Capitol.

“The congresswoman has bragged about her intention to carry a gun in Congress and who defied Capitol Police this week after they asked to search her bag,” he said and then turned serious.

Said Meyers: “I just want to say, you think carrying a gun around makes you more free; it makes everybody else less free. You get to cosplay as a Wild West sheriff, and everybody else has to watch what they say because they’re afraid of you.

“That’s not freedom, it’s intimidation. I’m sorry, it pains me to say this, but I have no choice. I call bullcrap.”

The Rifle Republican's proposed legislation would prevent the United States from rejoining the Paris climate agreement, suspend a mask mandate on federal property and interstate travel, and block funds from going to the World Health Organization until "America holds both the WHO and China accountable for their failures" in the global pandemic.