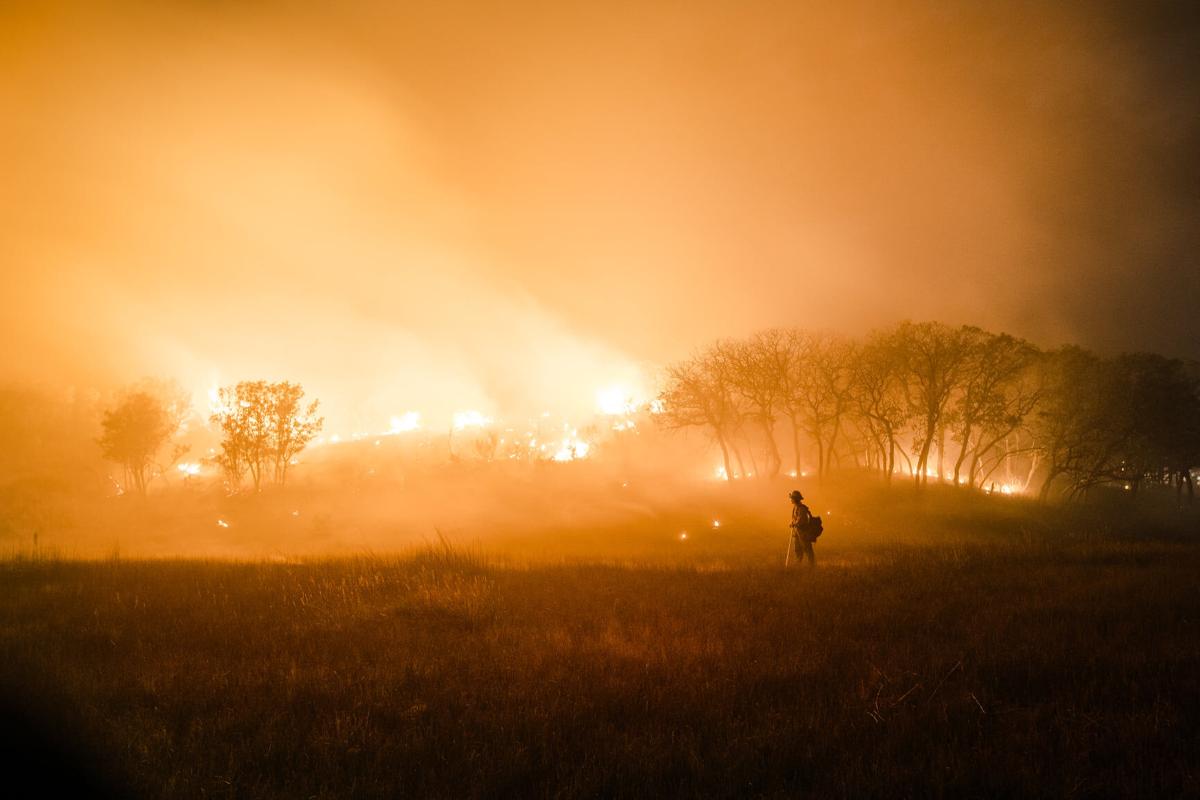 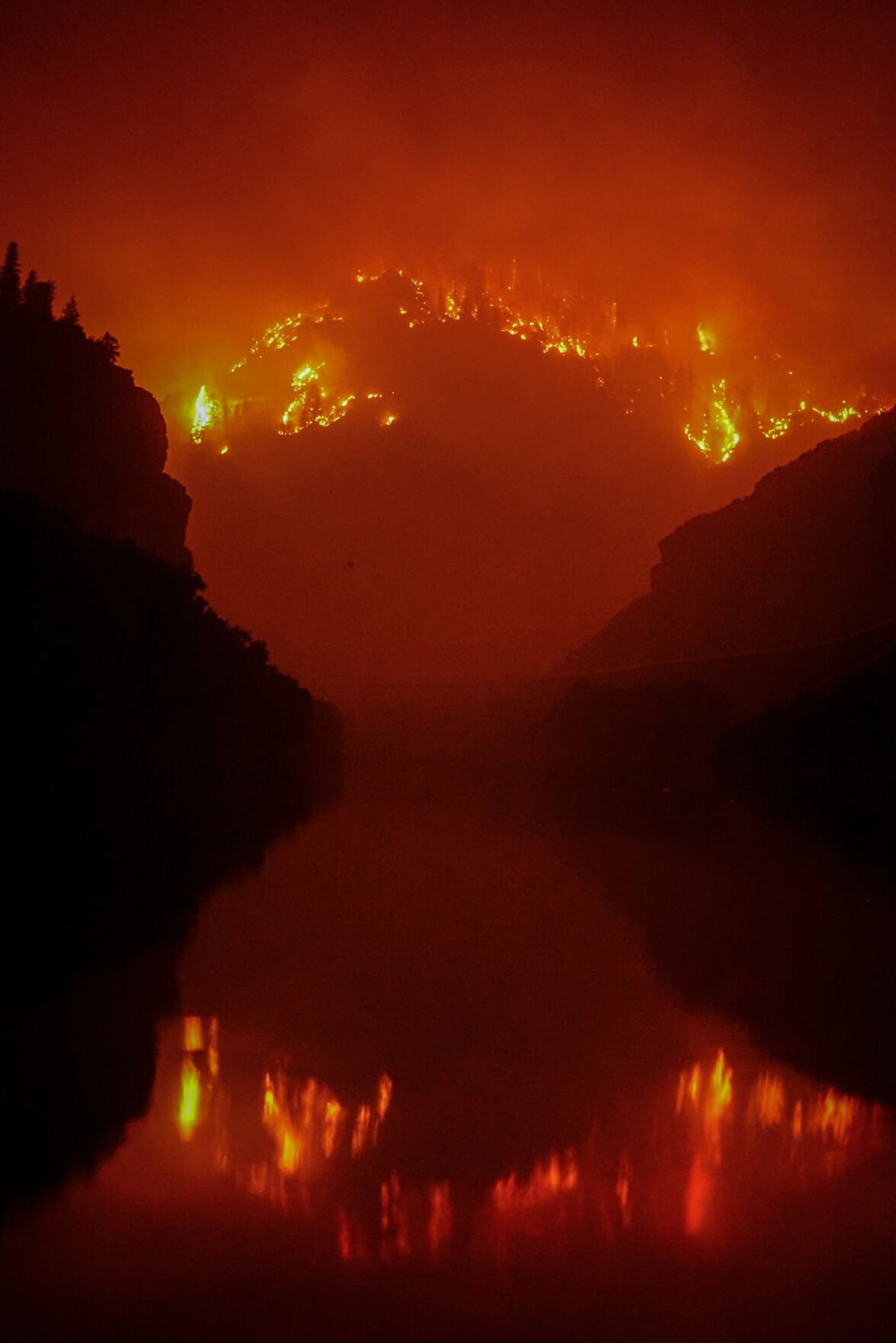 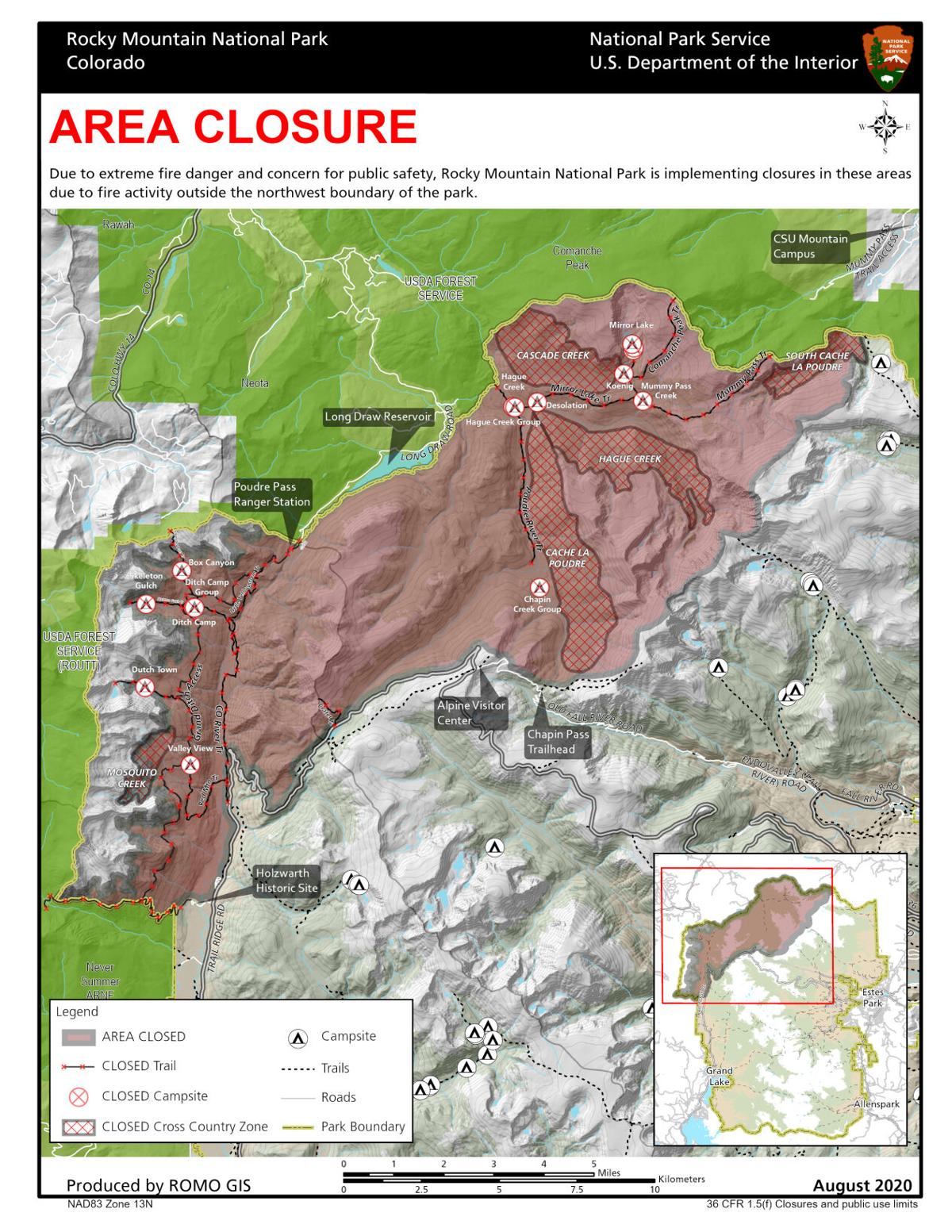 The state of Colorado will be under a 30-day ban on open fires, Gov. Jared Polis announced Tuesday as four major blazes burned in the state — one of them the nation's top fire priority and another that closed part of Rocky Mountain National Park.

"This is, unfortunately, the ideal weather for fires to spread," Polis said at a Tuesday news conference in Denver, citing the high temperatures and drought conditions that have hampered firefighting efforts in the state.

The ban prohibits camp fires, fireworks and other open sources of ignition. Use of public grills, camp stoves and home barbecues is permissible, he said.

The Pine Gulch fire, near Grand Junction, surpassed Colorado's fourth-largest wildfire in state history as it burned 87,778 acres as of late Tuesday.

The Grizzly Creek fire near Glenwood Springs, the nation's top firefighting priority, had reached 27,000 acres as of Tuesday, Polis said, adding that reopening Interstate 70 through Glenwood Canyon, which has been closed for days, is a top priority.

Rocky Mountain National Park's closures include 20 wilderness campsites, cross country zones and several backcountry trails in a remote ares of the park's northwest section. No roads in the park were closed, officials reported.

Across the state, the fires are burning mostly on federal land, Polis said.

The only fire with any amount of containment is Pine Gulch, which was at 7% containment as of Tuesday, according to the Bureau of Land Management's Grand Junction field office.

Firefighters were making headway against Grizzly Creek flames, according to Tuesday briefing from Great Basin Type 1 Team Operations Section Chief Jeff Surber. Hotshot crews, with helicopter support, were able to suppress the fire at I-70 in the No Name Creek area.

Surber said they should not have any more flare-ups in that area and that he is "really happy with the way that turned out."

Most of the effort is concentrated on the south side of the fire where there are a lot of structures, Surber said.

Three out of the four fires were likely caused by human behavior, officials said. The Pine Gulch fire was started by lightning July 31, according to the incident command page.

Closer to the Pikes Peak region, crews were called Tuesday afternoon to a fire near Florissant's Fossil Beds National Monument. The 1-acre fire was burning on the west side of the national monument, south of Lake George, Teller County Sheriff's Department spokesman Greg Couch posted on Twitter.

By 5:30 p.m., the fire was reported contained with crews to monitor hot spots overnight.

The Grizzly Creek fire straddling I-70 in Glenwood Canyon had no level of containment Tuesday. A private cabin and two outbuildings were consumed in the fire earlier this week.

More than 700 firefighters worked on the fire Tuesday including air support, which Patterson said has been crucial part of controlling the fire.

But fire response teams are worried about thunderstorms forecast in the area in the coming days, Patterson said. Thunderstorms can bring strong winds that spread embers and flames unpredictably, which is a danger to firefighters. And the upcoming storms aren't expected to bring much rain if any, he said.

The vegetation continued to fuel the fire as temperatures hovered in the low 90's with low humidity, but winds died down from more than 20 mph last week to 5 mph this week, Peterson said. The rugged, remote terrain on the northwest side also added difficulty for firefighters.

The fourth major Colorado wildfire, the Williams Fork fire burning in Grand County, had no level of containment and is thought to be human-caused, officials said.

The Gazette's Jessica Stouwaert contributed to this report.

Here's a look at the 12 largest wildfires in Colorado history.